The above six links, together called Those New York ’Nineties, are here just for fun—a frisky little soufflé laying no claim to profundity. My presence in the 115 items of footage here—comprising 64 film/TV projects, plus a bunch of other things—probably adds up to something like one full B-movie’s worth of performance, as a rough estimate. (See also my pages at the Internet Movie Database and the Oz TV Wiki.) It’s a jaunt through a single decade of a life, showing what my friends had to put up with, before I started writing The Imagination Thief. It was a colourful ten years that happened to be captured quite often on film and tape in various contexts, while I was running around Manhattan doing the acting-modelling-temping-partying thing. This is one of the pursuits the city was built for, which explains why so many other people were doing and are doing their own versions of the same thing.

Aside from the compelling silliness of such pursuits, my very residence in New York depended on them. For as a London boy, I depended entirely upon the only U.S. work visas I could get—namely a complicated series of screen-acting and modelling visas in the O1 and H1B categories (plus a side-dish of A2), whose required thresholds for attainment and renewal kept rudely escalating throughout the decade.

To anyone looking for helicopter chases and other Hollywood thrills and spills: you won’t find them here. These snippets of film and TV acting aren’t from Tom Cruise’s show-reel, they’re from mine. In other words they’re not exactly from a movie career—more a movie semi-career-ette. Much videotape was mislaid along the way, of course, but a good sprinkle of it survived, incidentally yielding a few glimpses of ’90s New York in general. This is no balanced documentary of a city and an era, however; it’s way shallower than that, I promise.

In some of these clips I’m speaking a few well-chosen words (and I do mean a few) with actors and directors you’ve actually heard of, in feature films and TV shows that sometimes even made it across the Atlantic. Much more often, I’m speaking a greater number of words in lower-budget productions for many other talented directors, some of whose careers never recovered from it. And in quite a lot of other pieces, when you get down to it, I’m really just flitting about in colourful outfits, hogging the camera. Great acting it wasn’t, but fun it was … for me at least. Anyway, the secret of great acting is never to bother too much with all that character-based, emotional stuff they drone on about in acting classes: just manipulate the Wardrobe Department staff so you’re wearing some kind of lens-catching outfit of your choice, bend the script so you can relax and play another trademark edition of yourself (this actually helps with those work visas), then get to work persuading the director to let your character hold a fruity cocktail.

Why, look: there’s a long-suffering Matthew Broderick, with me in my best black leather mini-skirt, as I bring an understated ruggedness to the role of a chatterbox ex-student he meets on a street-corner in Election…

And there’s me as prison queen Kiki Faye in the cult drama series Oz, only seldom speaking or moving the plot forward much at all really, because let’s face it, there was the much more important business of flitting around in various slinky and erection-revealing outfits based on the tights-&-hotpants-&-babyTshirt concept (always an influence on New York Fashion Week), as displayed on Kiki Faye’s page and my page at the Oz TV Wiki…

There’s me in If the Shoe Fits, bringing a red-blooded, rough-hewn earthiness to the role of Kiki the stylist—an emotionally draining and thankless role, for my audience at least…

And there’s me in Zoolander, as a snippety nightclub doorman named Malachi, giving a hard time to Ben Stiller as Derek Zoolander because he’s only last year’s male-model-of-the-year. I was the bitchiest of a series of four successive door-whores in this extended scene, who guarded the doors of four increasingly exclusive nightclub rooms, each room being nested within the previous room like Russian dolls—the VIP Room, the VVIP Room (mine), the VVVIP Room and the VVVVIP Room. (The VVVVIP room was so exclusively tiny that pretty much only Winona Ryder and Owen Wilson could fit into it, crammed onto a small sofa that filled the entire room.)

As confirmed by the lawyers (e.g. the Harvard and Stanford ones who wrote http://wiki.creativecommons.org/Podcasting_Legal_Guide), it’s legitimate that thousands of actors upload extracts of scripted projects from their show-reels, which is what the material on the Film & TV page here is. And to supplement that material, the other pages within this Those New York ’Nineties menu, such as Reality, show various snippets of non-film/TV footage from that time, some interior and some exterior, shot in Greenwich Village or Midtown or the most electrifying place in the world at that time (in my biased opinion)—the East Village. These snippets tend to be on the silly side: the odd bit of drunken shenanigans, fragments of neurotic queening-about like a vapid bimbo, earnest statements from self-indulgent interviews, and two or three performances of varying degrees of buttock-clenchingness, delivering deathless prose into the cameras of patient friends. So not too much has changed, you may say, looking at The Imagination Thief—and to this I plead guilty as charged.

The film stills & video stills in Those New York ’Nineties are on this website, here.

The snapshots & mugshots in Those New York ’Nineties are on this website, here.

They are also in the Google Photos album “Rohan Quine – Those New York ’Nineties – photos”. 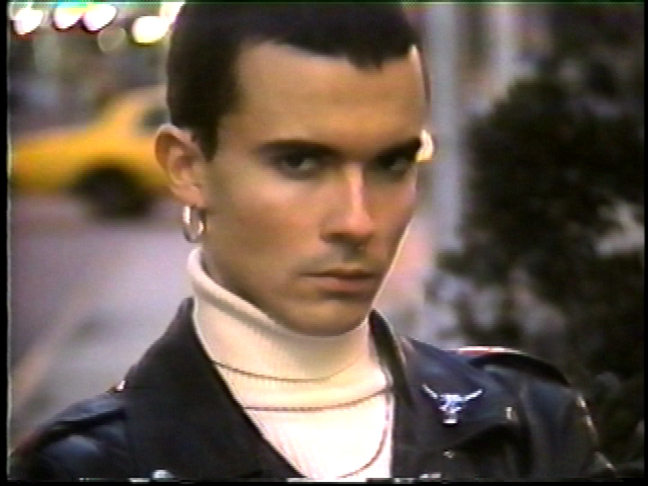 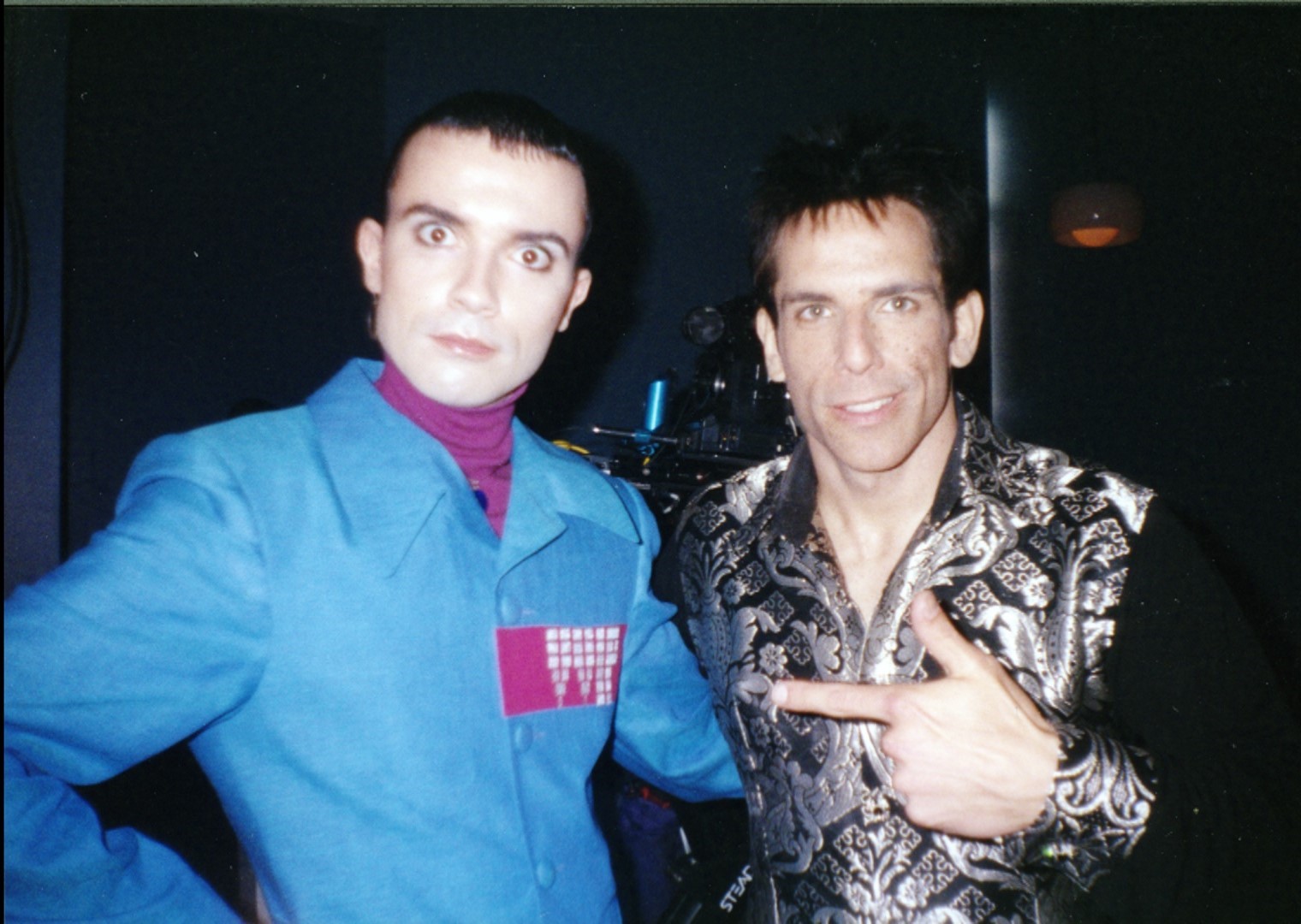 Rohan Quine and Ben Stiller on the set of Zoolander 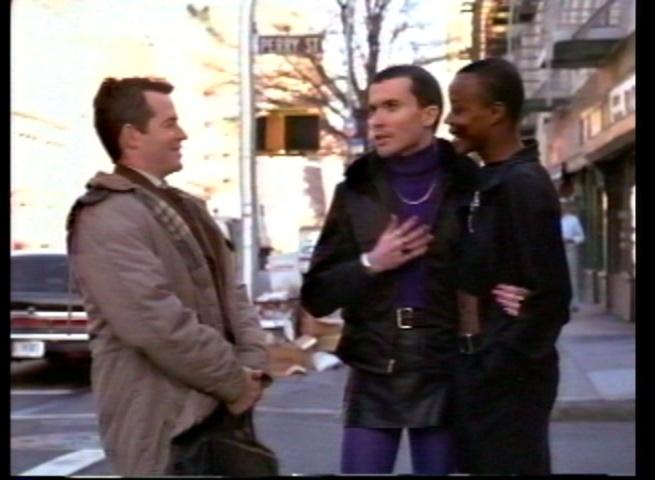 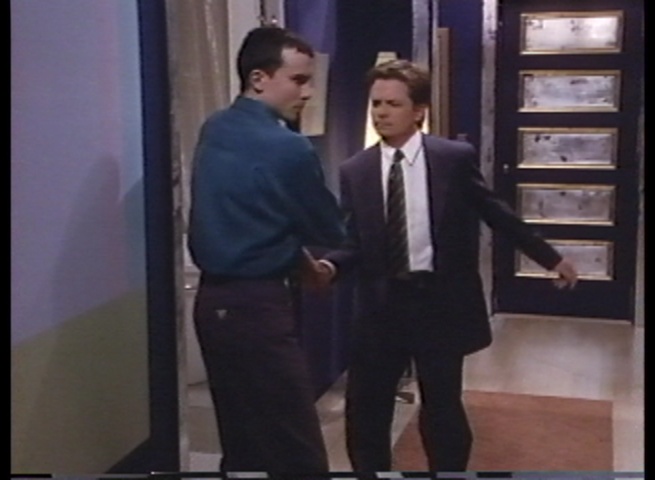 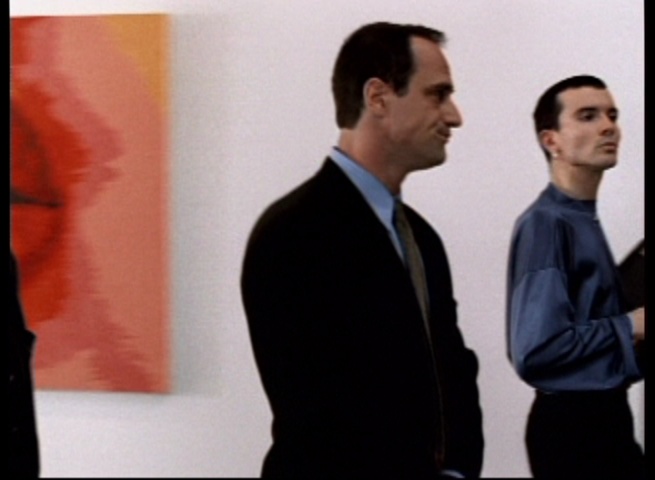 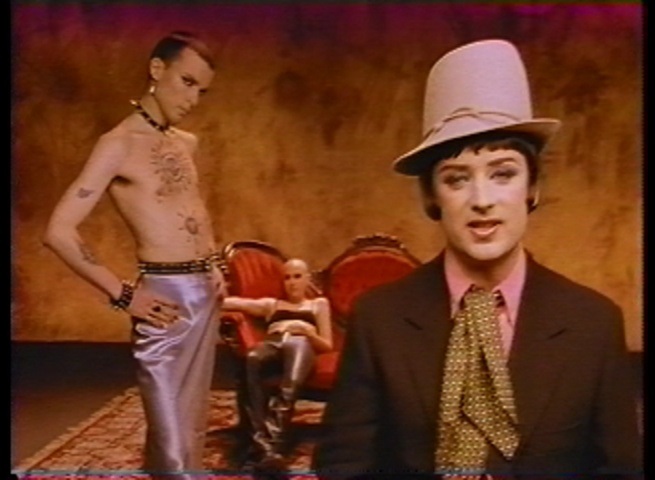 Rohan Quine and Boy George in Same Thing in Reverse

list of film and TV acting projects at the IMDb (Internet Movie Database);

film and TV demo reels at the IMDb;

headshots at the IMDb; and

page at the Oz TV Wiki.