Below is the text of Part V’s Film “JAYMI 54”, which is taken from The Imagination Thief’s mini-chapter 54 “Big Bang: return of the giant ship”. This Film is one lens’s suggestion of Jaymi Peek in Big Bang mode. 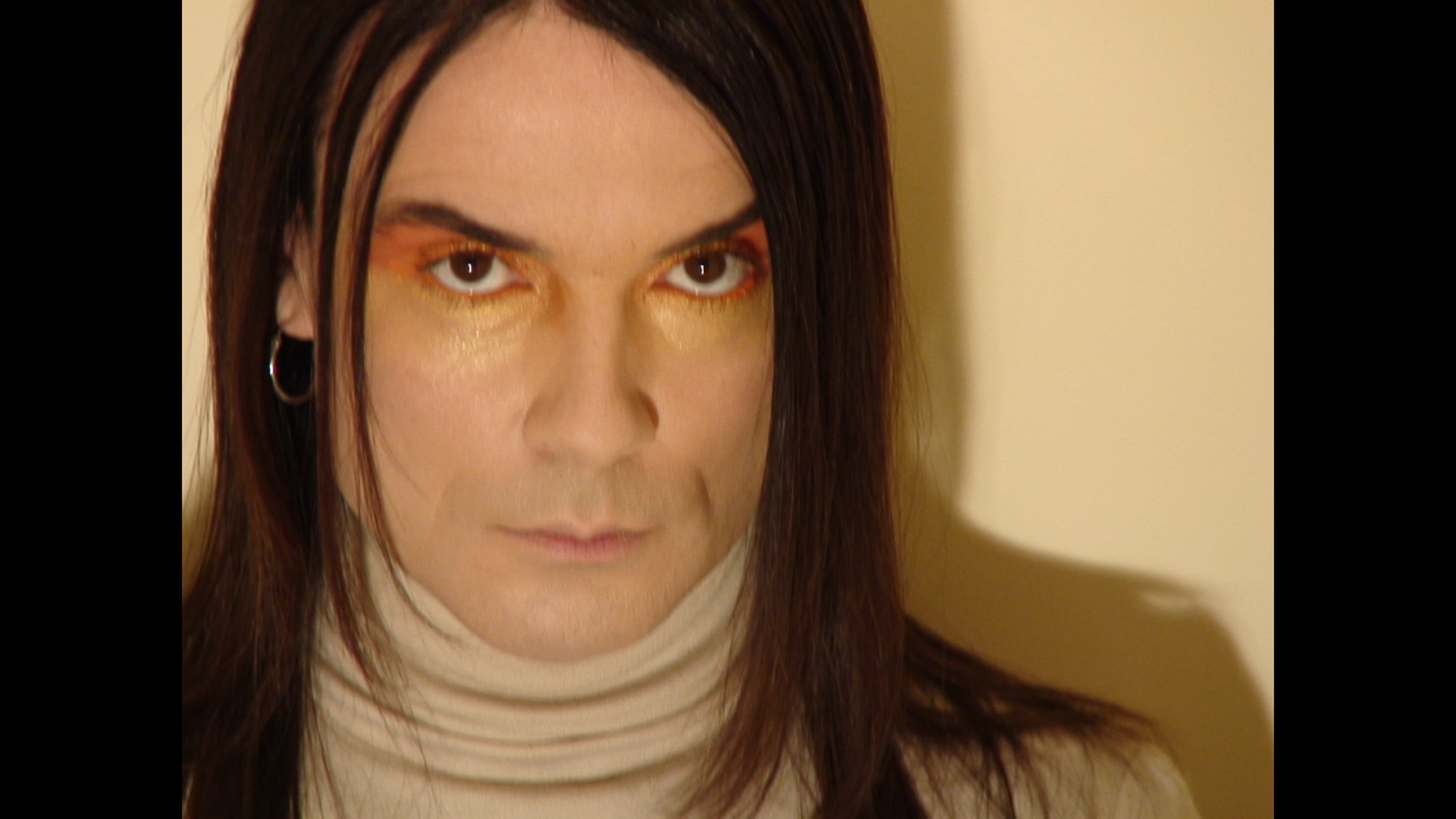 OK, now it’s easy, bring it on. The countdown ends. From my eyes I feel the pull of photons streaming, turning digital in camera and shooting out to north, south, east and west through the air across the sky around the world. Every single viewer then is off alone, town to town, continent to continent: through the slums of Rio or beneath the Arctic Ocean, to their own bright heaven or their own torture chamber. What I myself believe in, while they’re drowning in this gaze, they cannot know. The make-up round my gaze is bright and sharp and rich as amber, while the gaze, cold-blooded as an angelfish, flutters cool and alien. The combination deifies and makes of me an icon on the screen—a creature born of exquisite light, inaccessible, a fever dream beamed from the most elite suites of the airwaves.

Meanwhile Alaia’s voice is like electric music spilling out through my eyes in all directions, rich and unstoppable. Gleaming machinery unfurls from this gaze, to fill the stadium. Note by indefatigable note, I unfurl it, adding to this city of machinery—silver insulator-cones, glass wires, pylons of platinum and red pipes pumping in an everlasting symphony of movement. I swirl around amongst it, come upon a porthole, stand in it with hands and feet splayed within its circle, and peer down. Underneath me are the outside walls of the great ship I conjured up in Sound & Vision. West across the ocean, the sun presses down in a wet sprawl of sunset and sinks through a giant hole of liquefied red; while thousands of miles underneath this, the Burma Lagoon bubbles silently and twinkles at the pale scintillation of dawn on its surface.

I climb to the ship’s highest bridge, raise my arms and dance, slow and stately, by myself. I’m nearly home now, alone—away from the noise and exhaustion of people. There’s space above my head going upward forever, and beneath the ship’s keel, ocean depths. In blissful liberation of aloneness I shout, across the scarlet-flashing surface of the grand Pacific plains stretching radiant for thousands of miles in all directions. I shout aloud to no one in the night, from my tanker’s bridge, and yes—I’m almost home, away from Earth, away from life, and bound for better, higher, cleaner planes of empty nothingness forever! Oh, bliss of death and sweet dissolution, at last…

Before I say goodbye, though, I’ll take a final jaunt in the rowboat and trail my hands one last time in the waters of this small green planet. So I work the oars and strike out on black twinkling wavelets under stars, in the rowboat, for two solid hours, till the ship is just a hyphen floating free on the horizon. I pull the oars in, lie back, get comfortable and listen to the water’s slosh and sway against my boat’s wooden sides. A dragonfly flicks in lazy arcs across my vision. The hyphen’s tiny lights shimmer subtly, when I turn my head to face the right; but over on the left, just the ocean shines, out from this boat to the edges of the world where it leaps into nothing at the calm black horizon.

I reach in my pocket for my matchbox, and sniff the soft air—salt water and the scent of unseen harmonies. I strike a match, let it flare, hold it up, then toss it out from the rowboat. It curves up and out and down, as if in slow-motion. Where it breaks the water, there erupts a soundless plume of pale flame rising curling, swaying, higher up, and higher still: although its root remains here, its tip rises in a rocket path, to lick the highest stratosphere. This signal meets the gaze of that mountain up on Mars whose side-lit contours form a face that stares across at us—you know the one. I move the boat towards the flame’s root. The face winks and smiles, with an eyelid volcano and an earthquake of the mouth. Leaning from the rowboat, I whisper my reply by the flame’s root. It sends my whisper upward, all the way; then the flame demurely falls, from the upper stratosphere to a point beside my rowboat, and vanishes at once with a gurgle and a puff, sending out concentric ripples through the slick black water where it fell. I breathe the night, thrilled to be escaping from the world so soon, and thrilled that my last conversation here possessed the scale and grandeur that it should have done. I take up the oars again and row at leisure, back to the beacons of the hyphen ship floating at the shiny black horizon, for two solid hours; and I climb aboard.

The aperture in each of the three lenses shrinks to a pinpoint, then disappears. 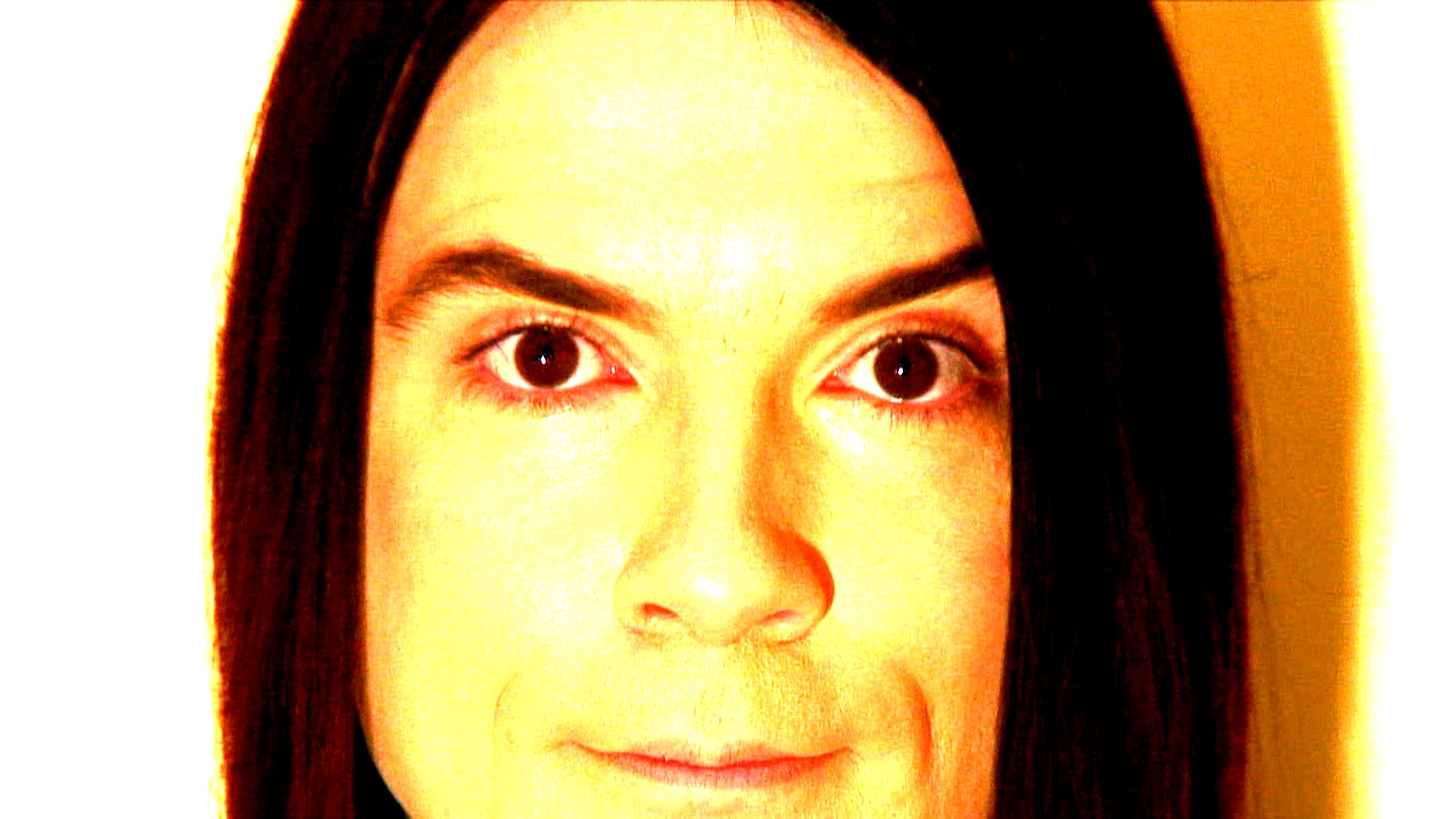 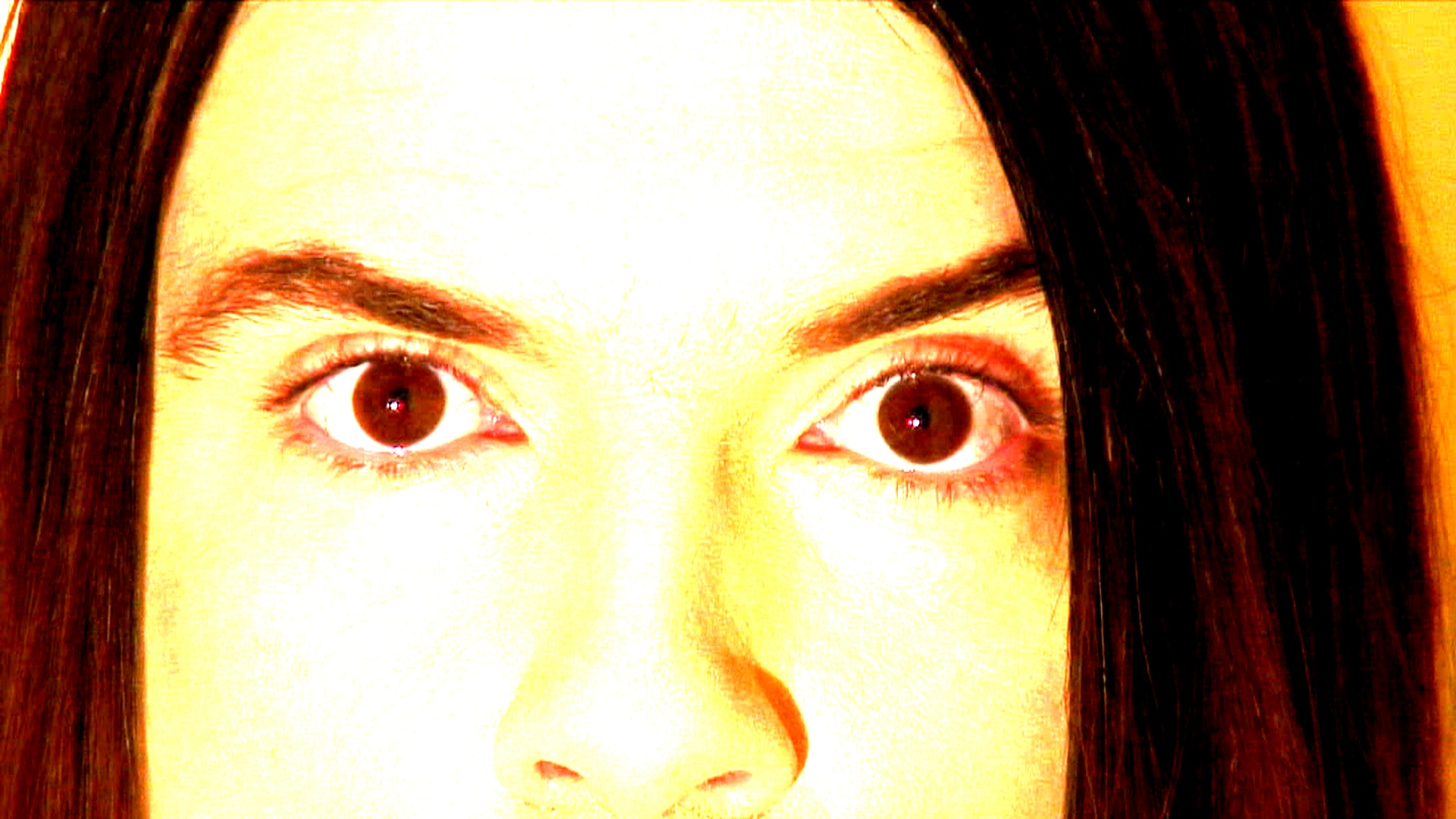 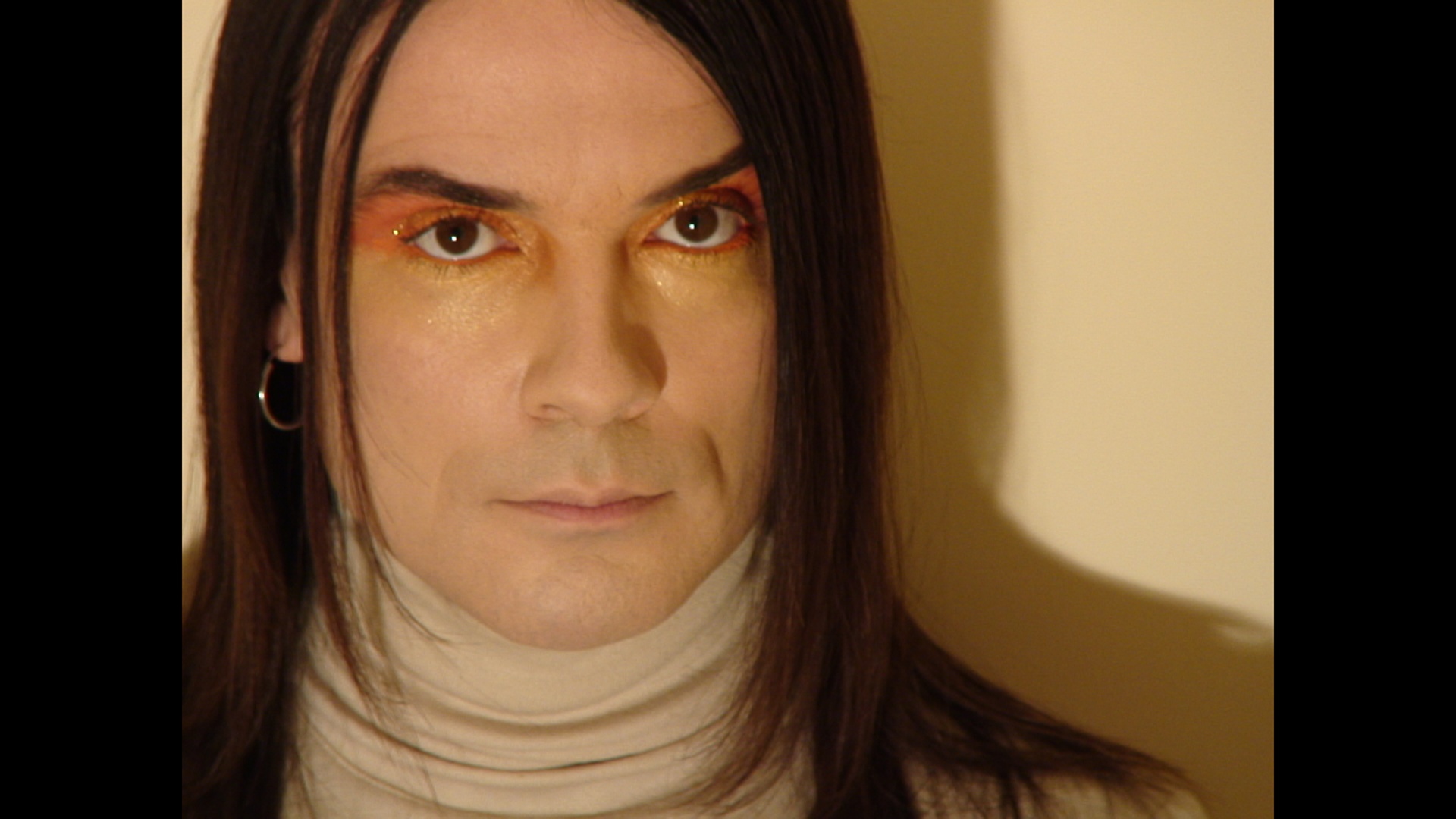 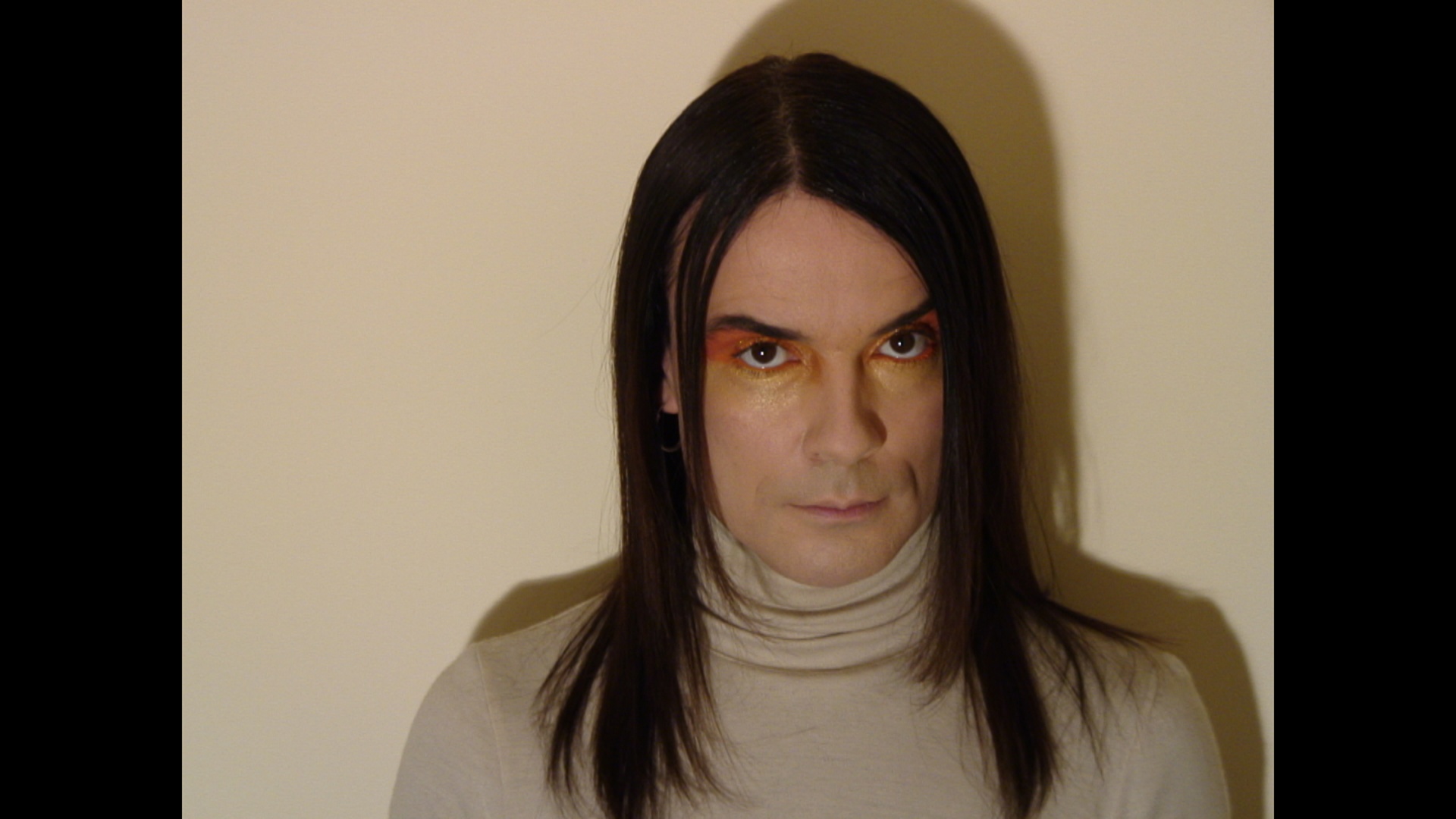 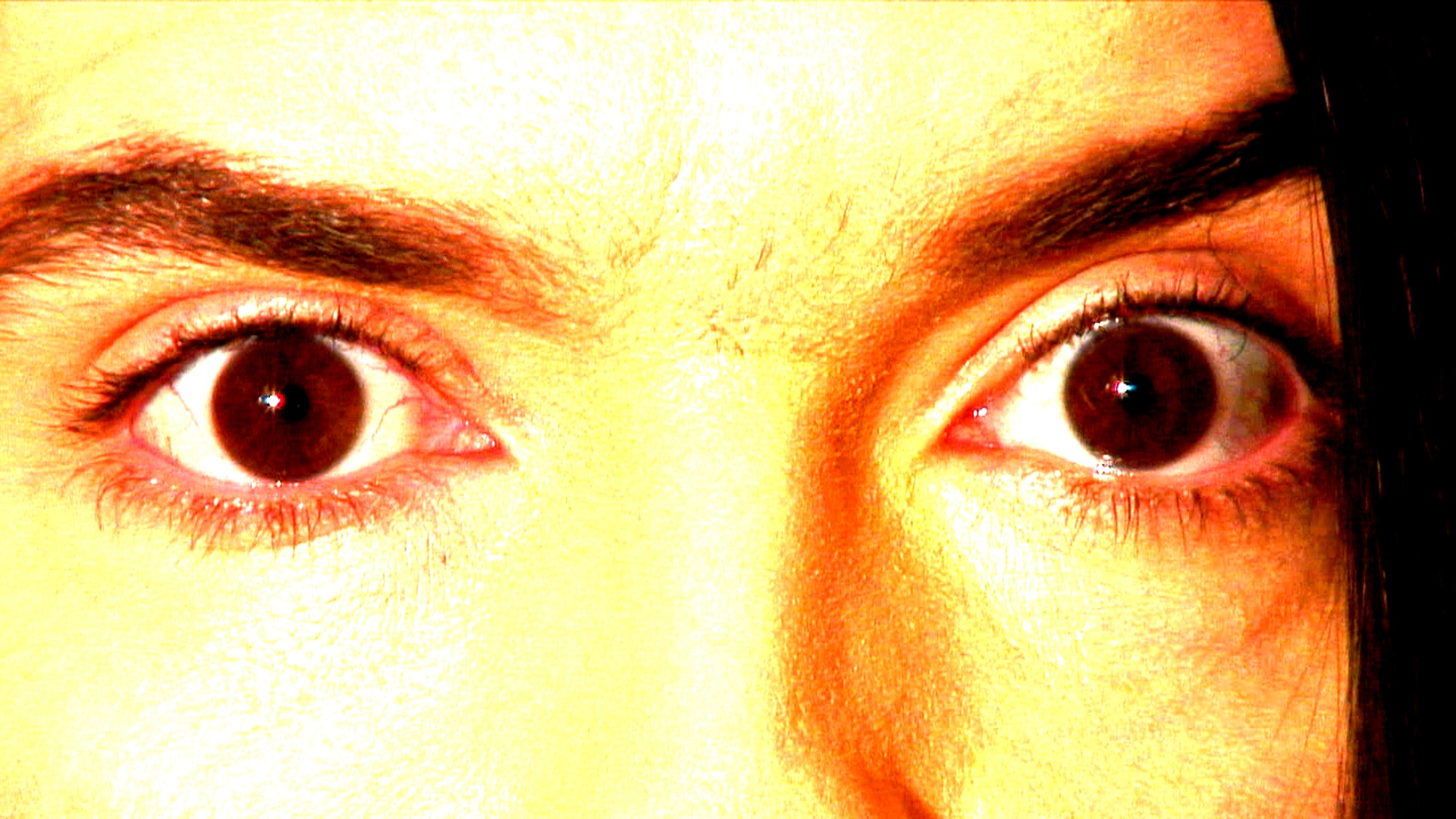 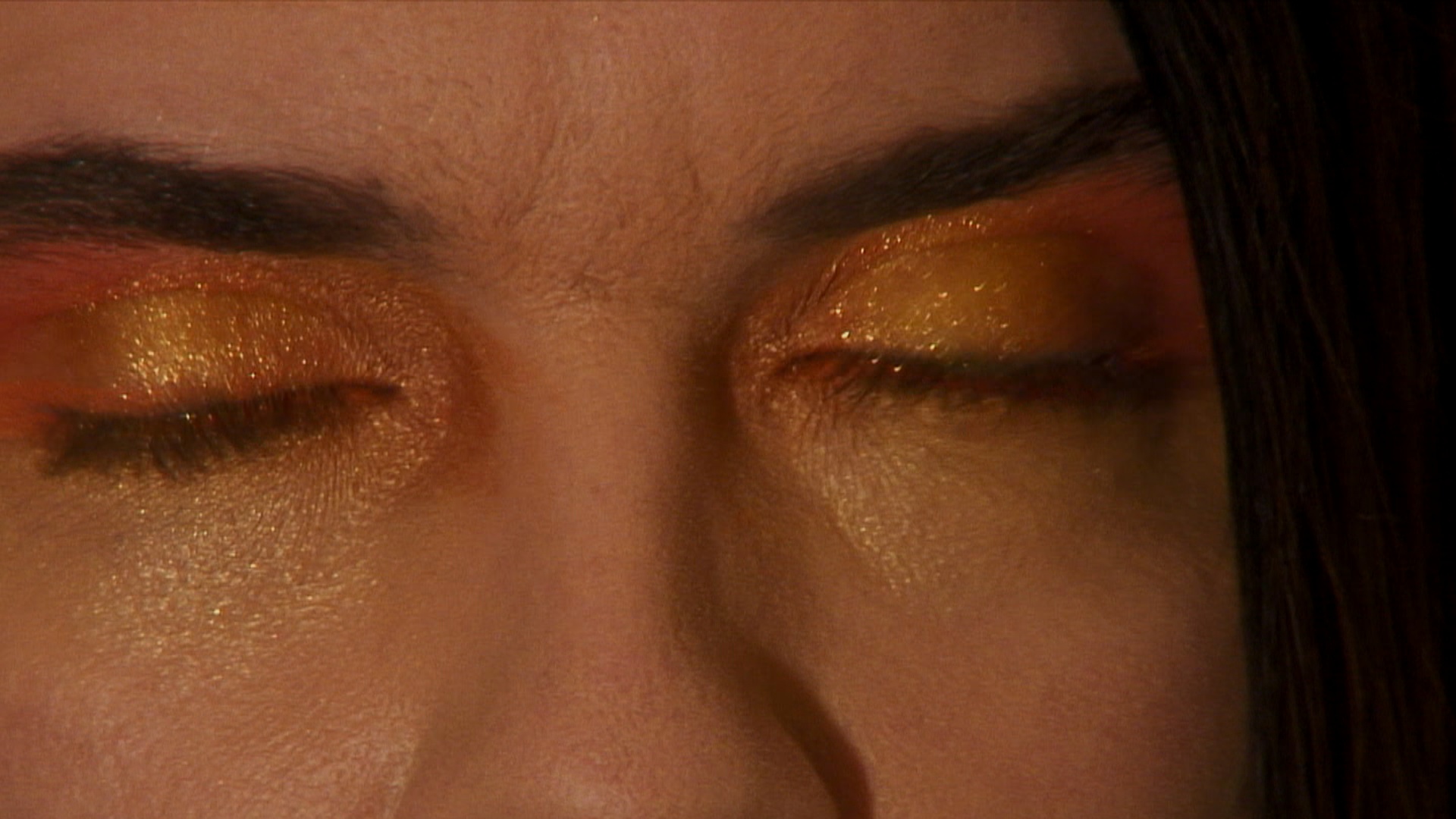 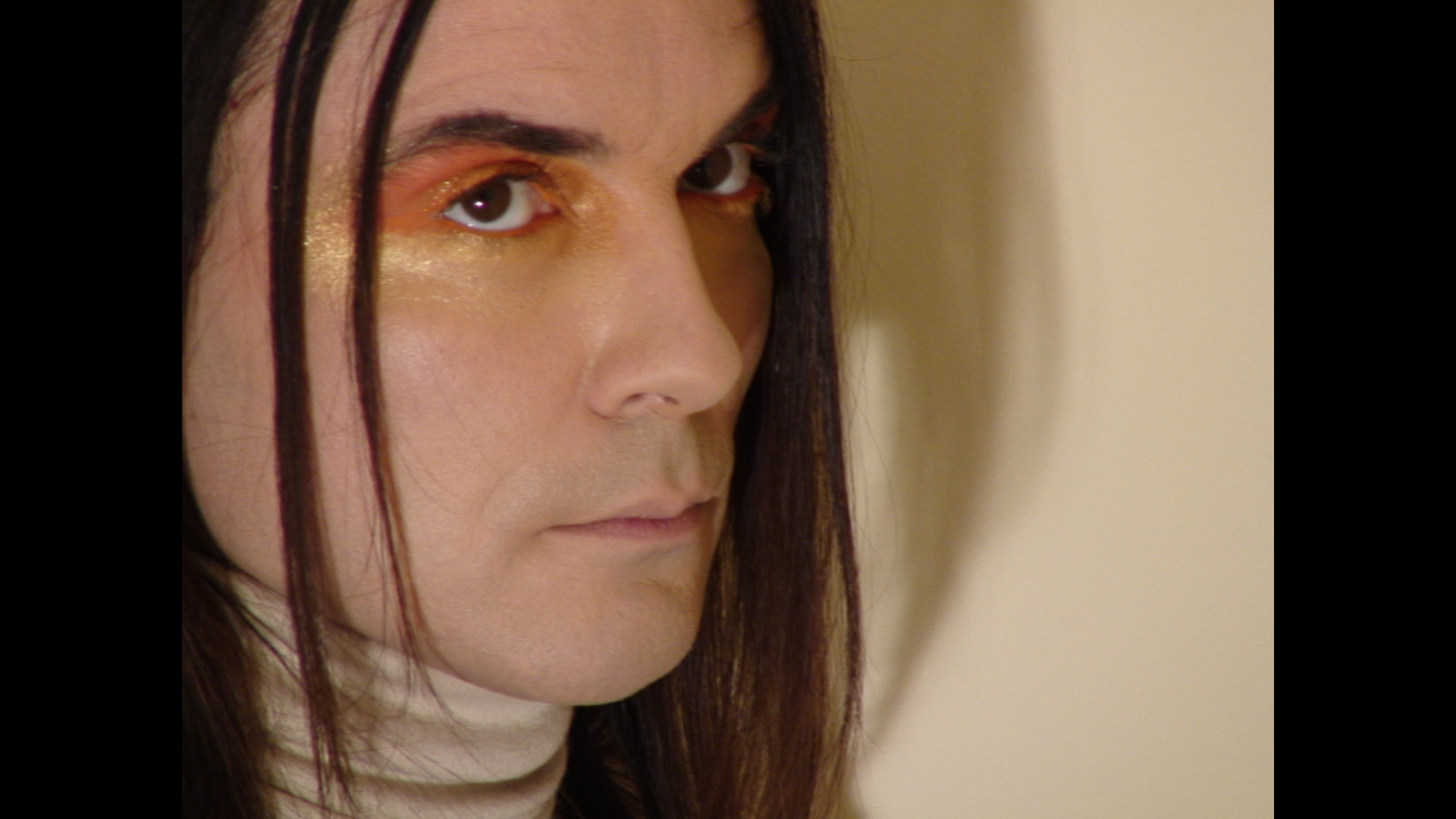 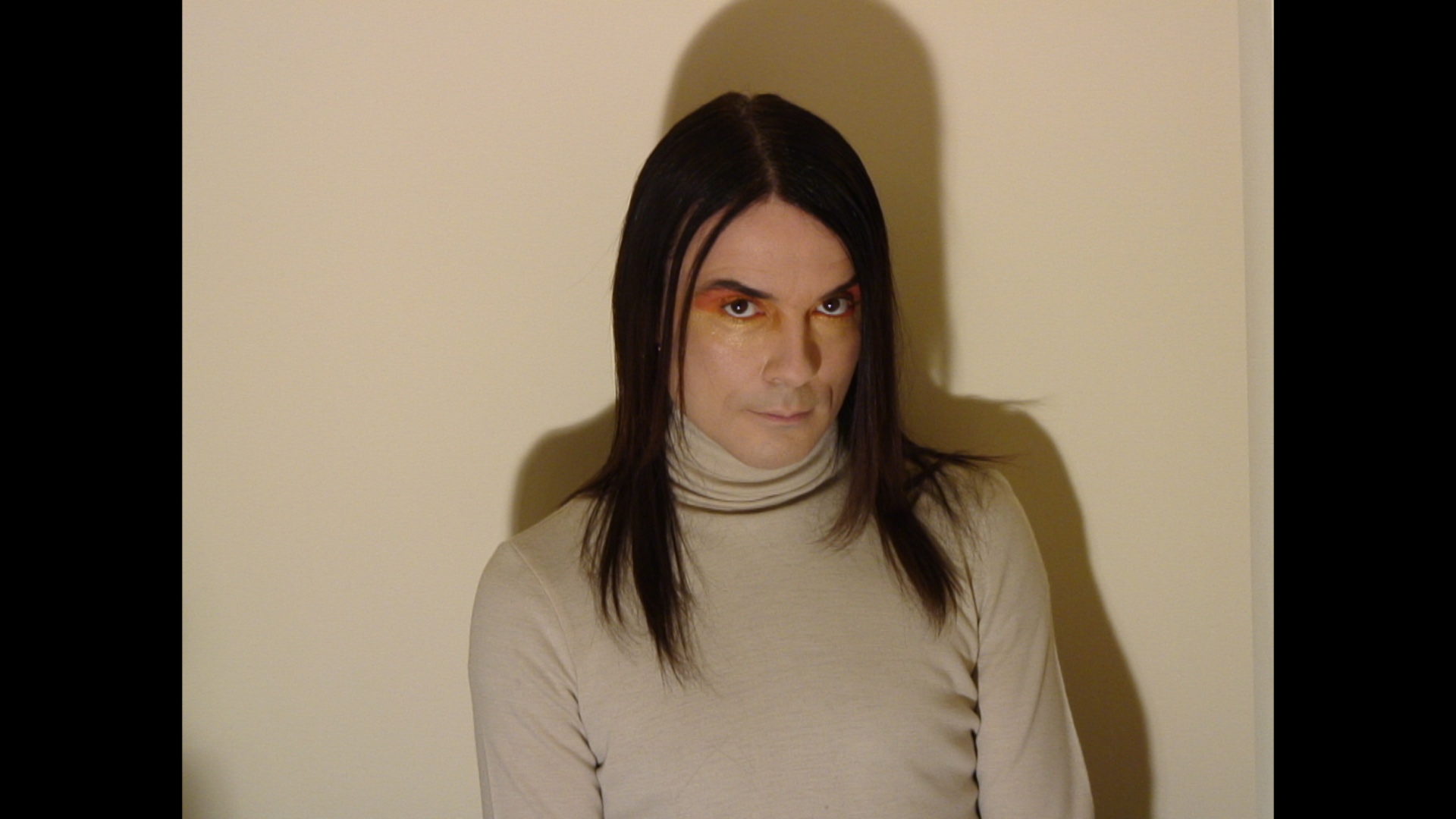 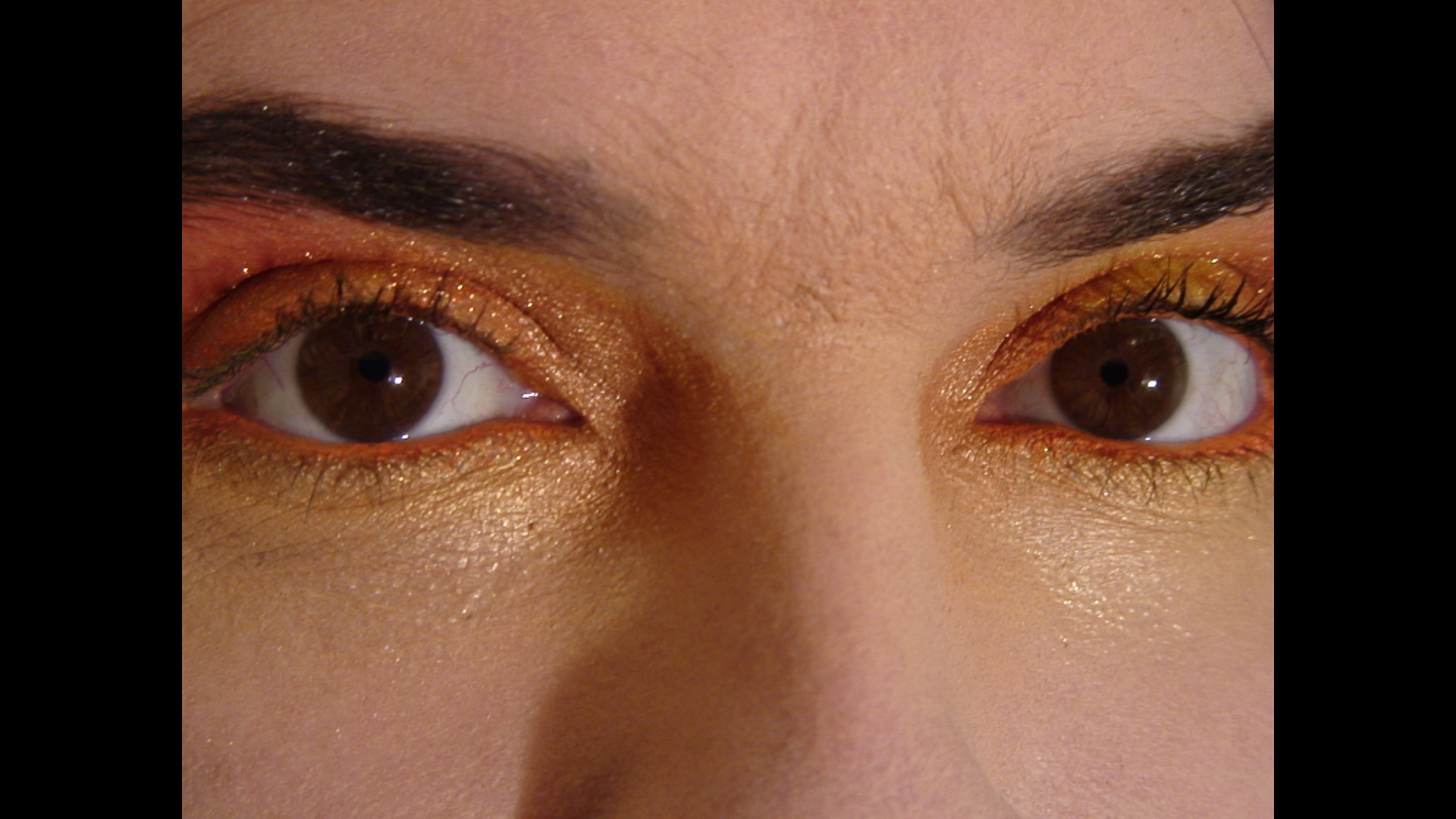 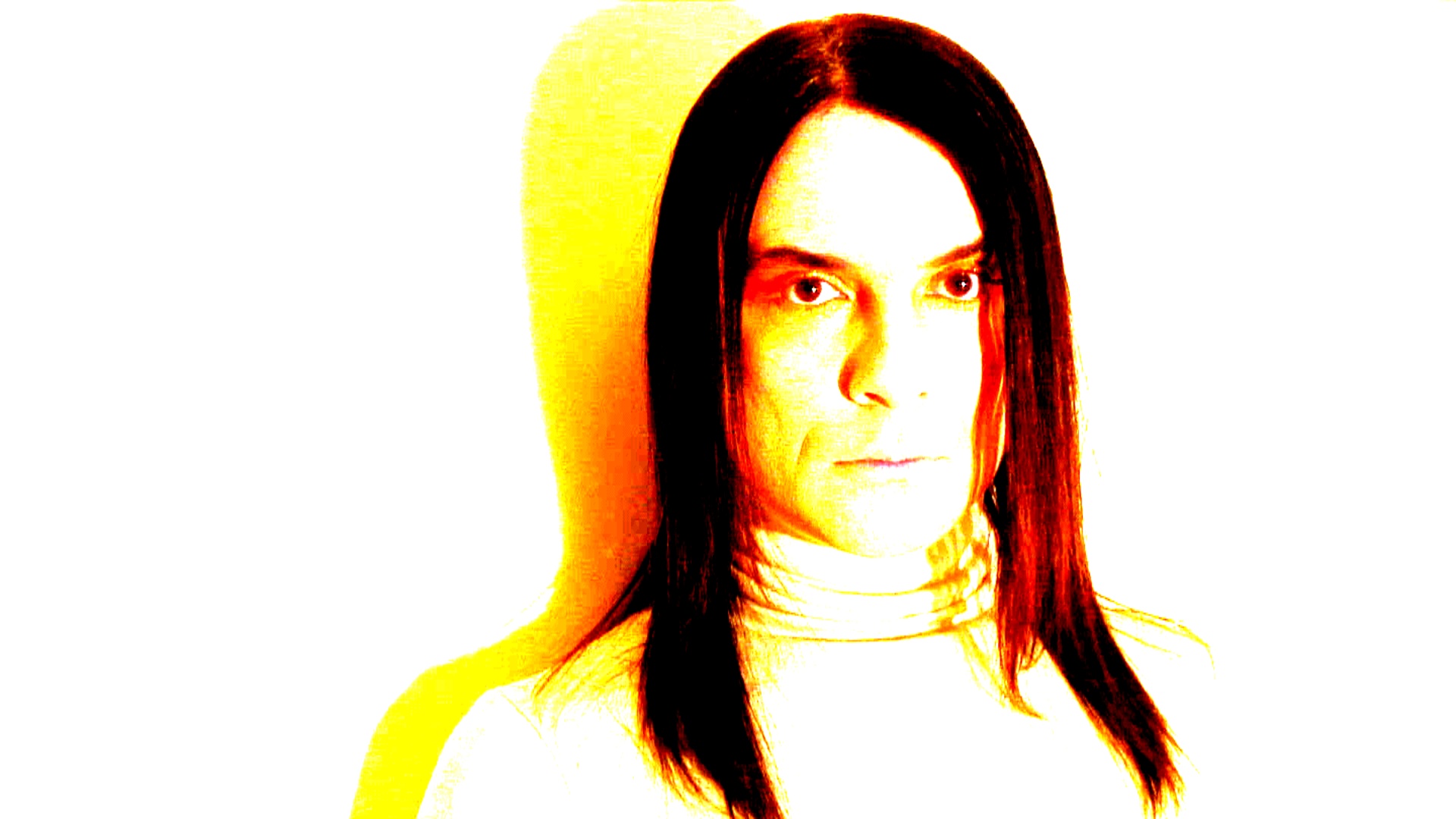 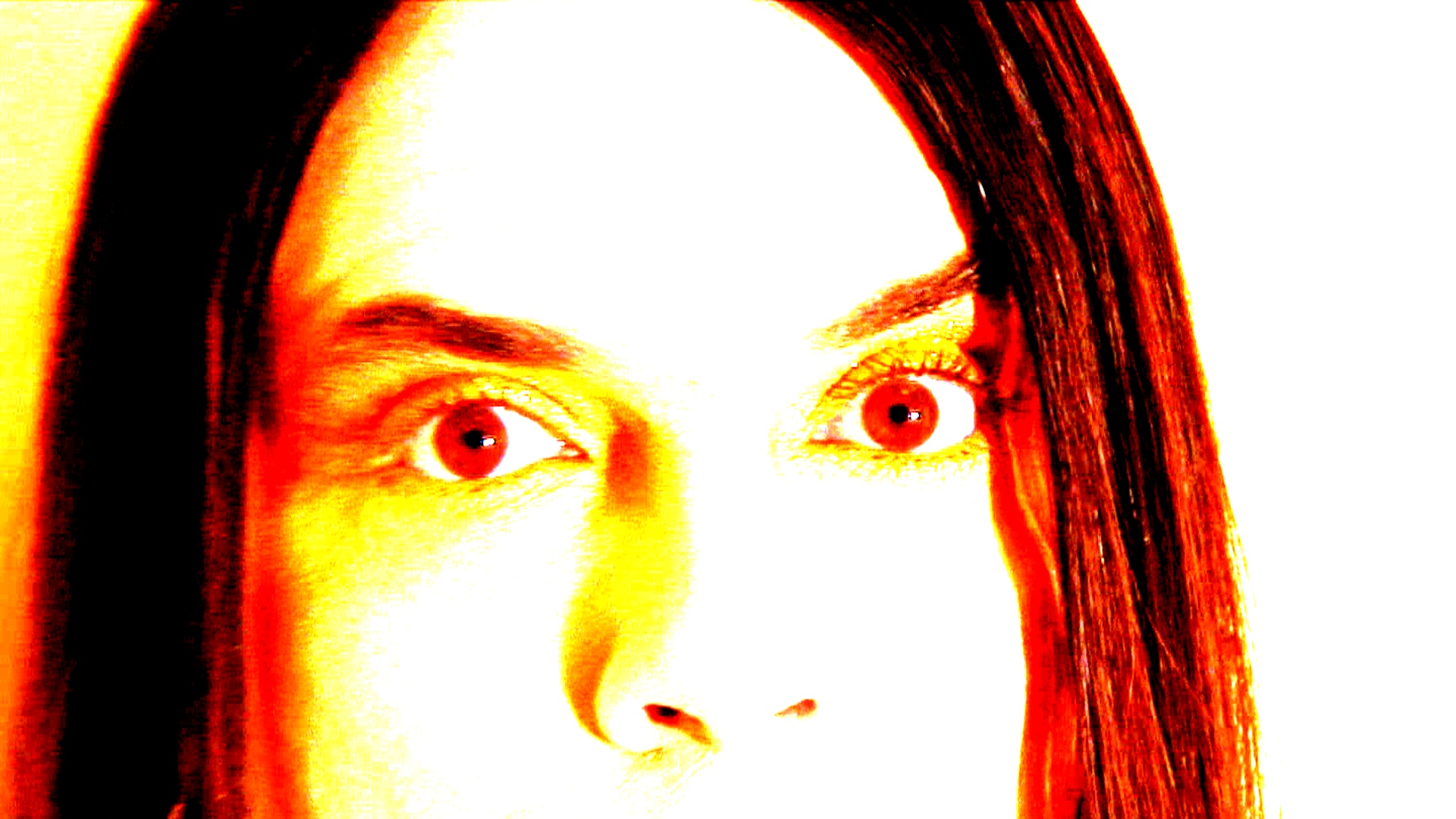 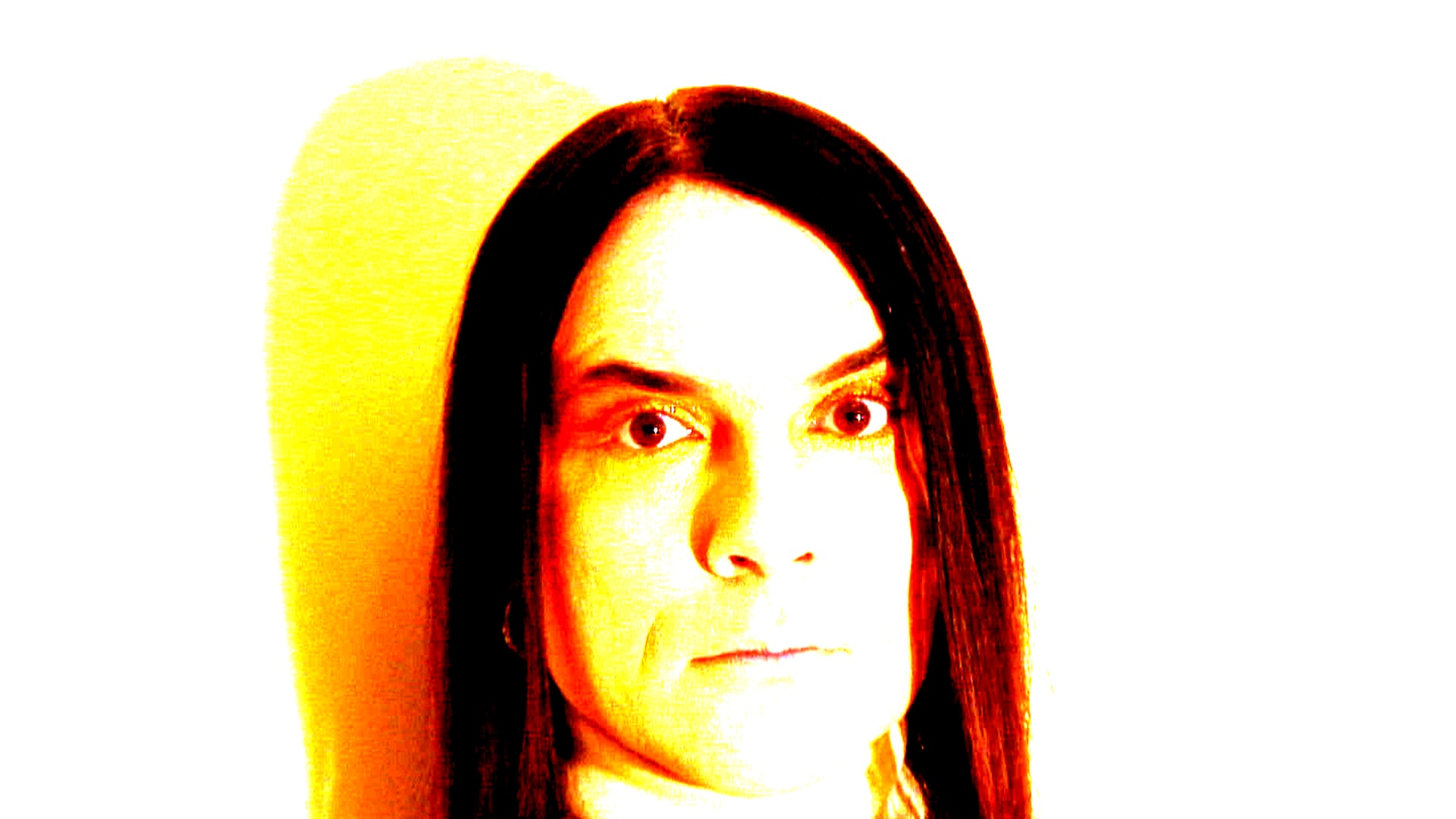 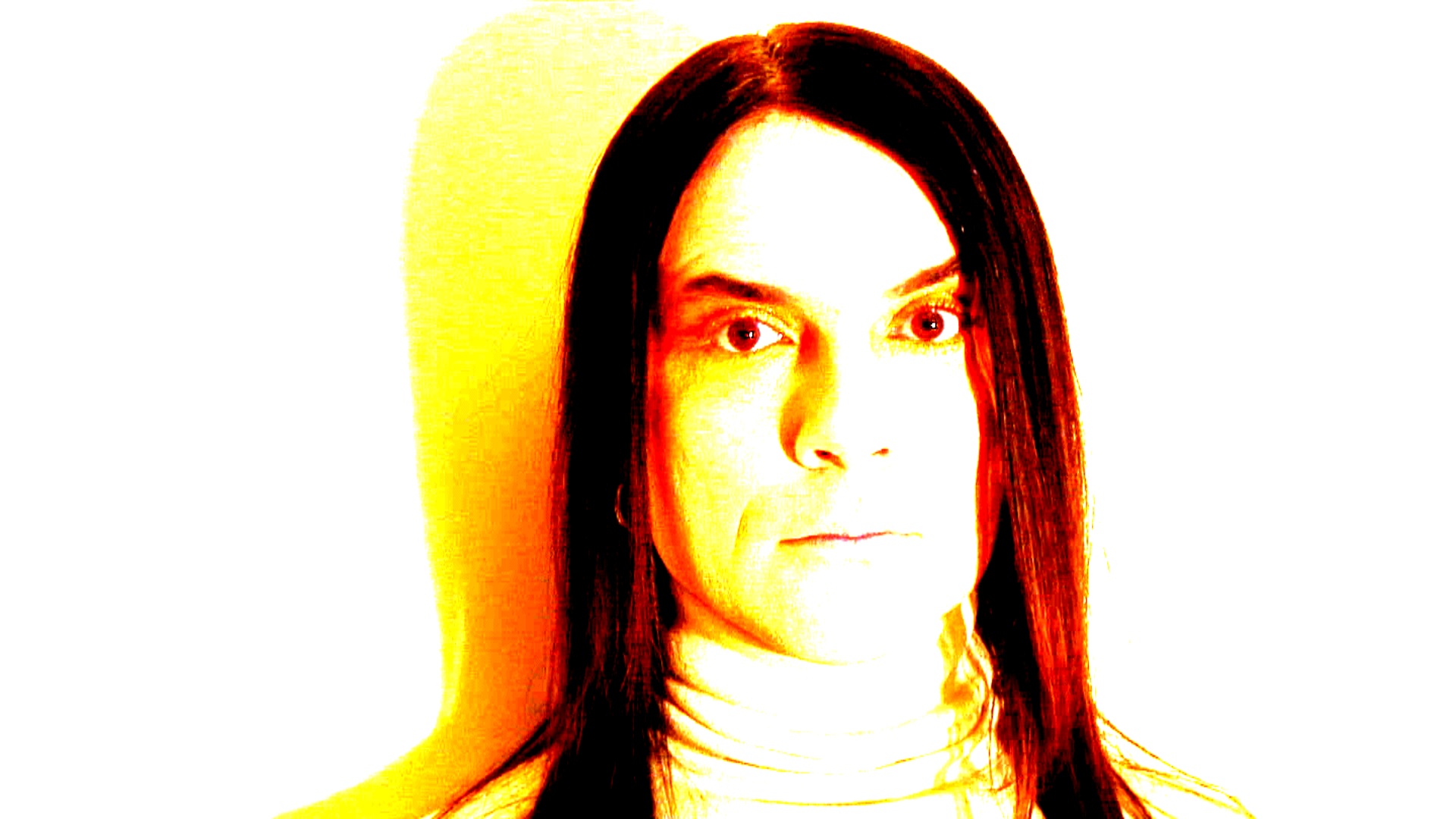 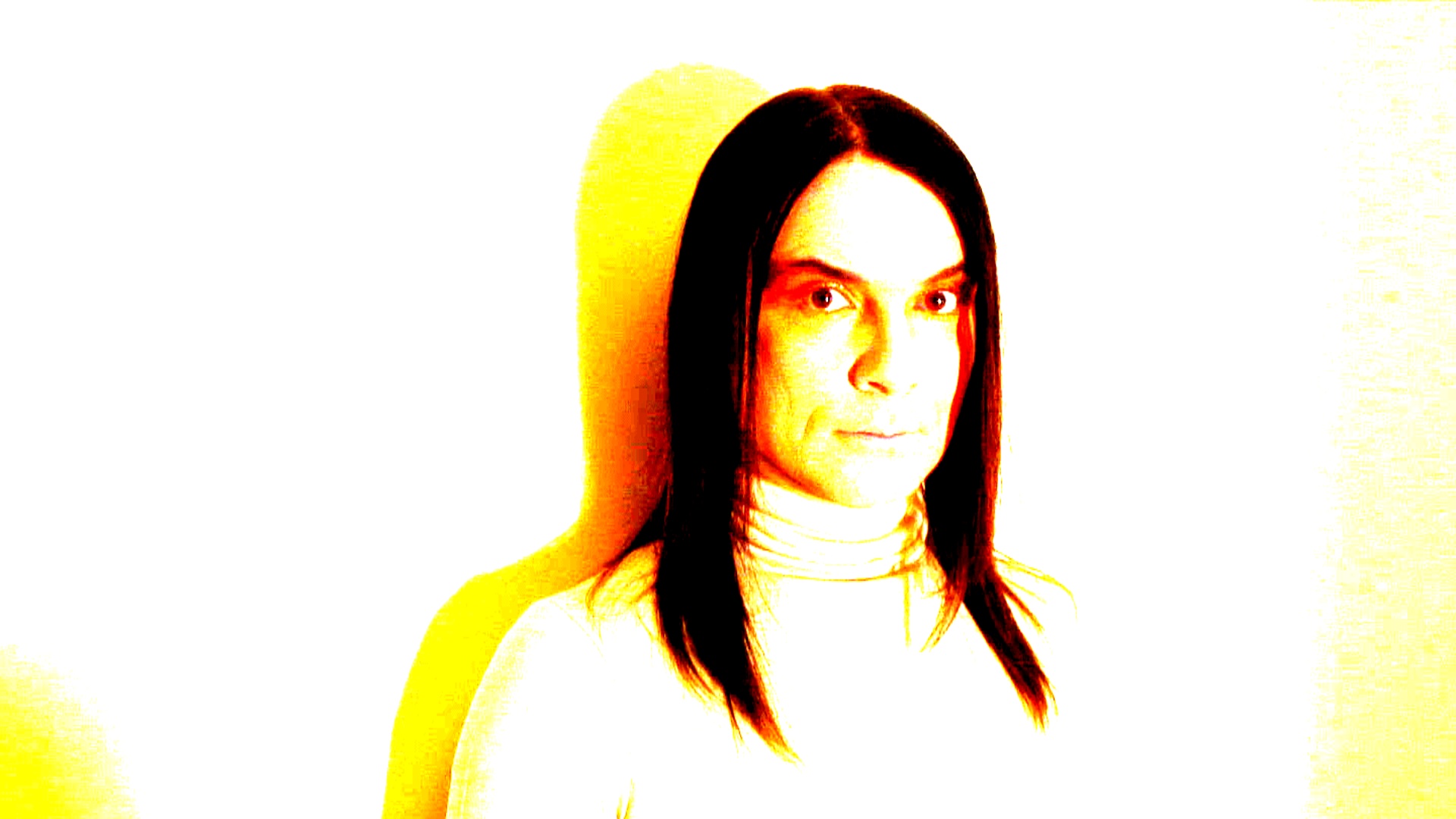 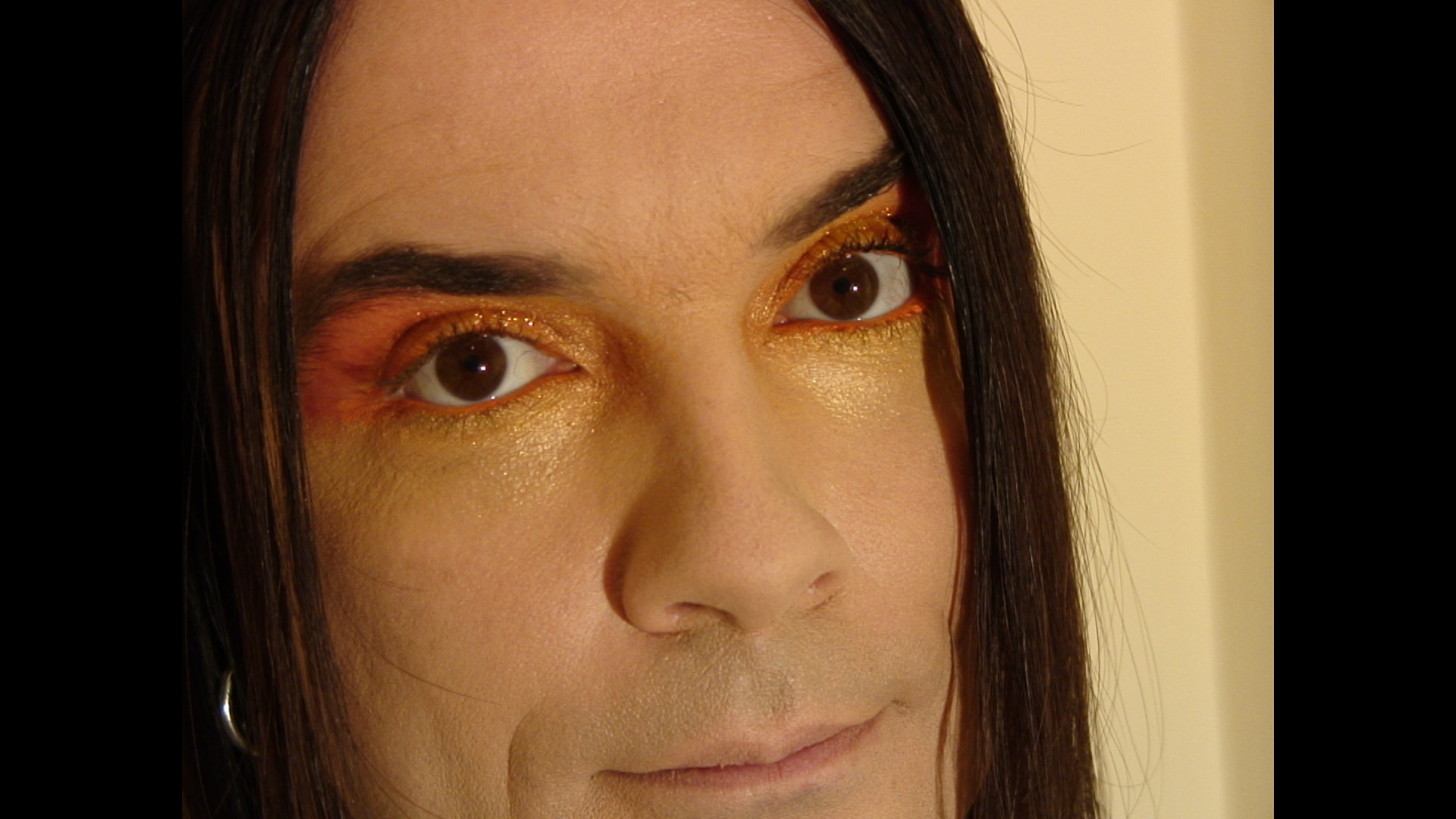 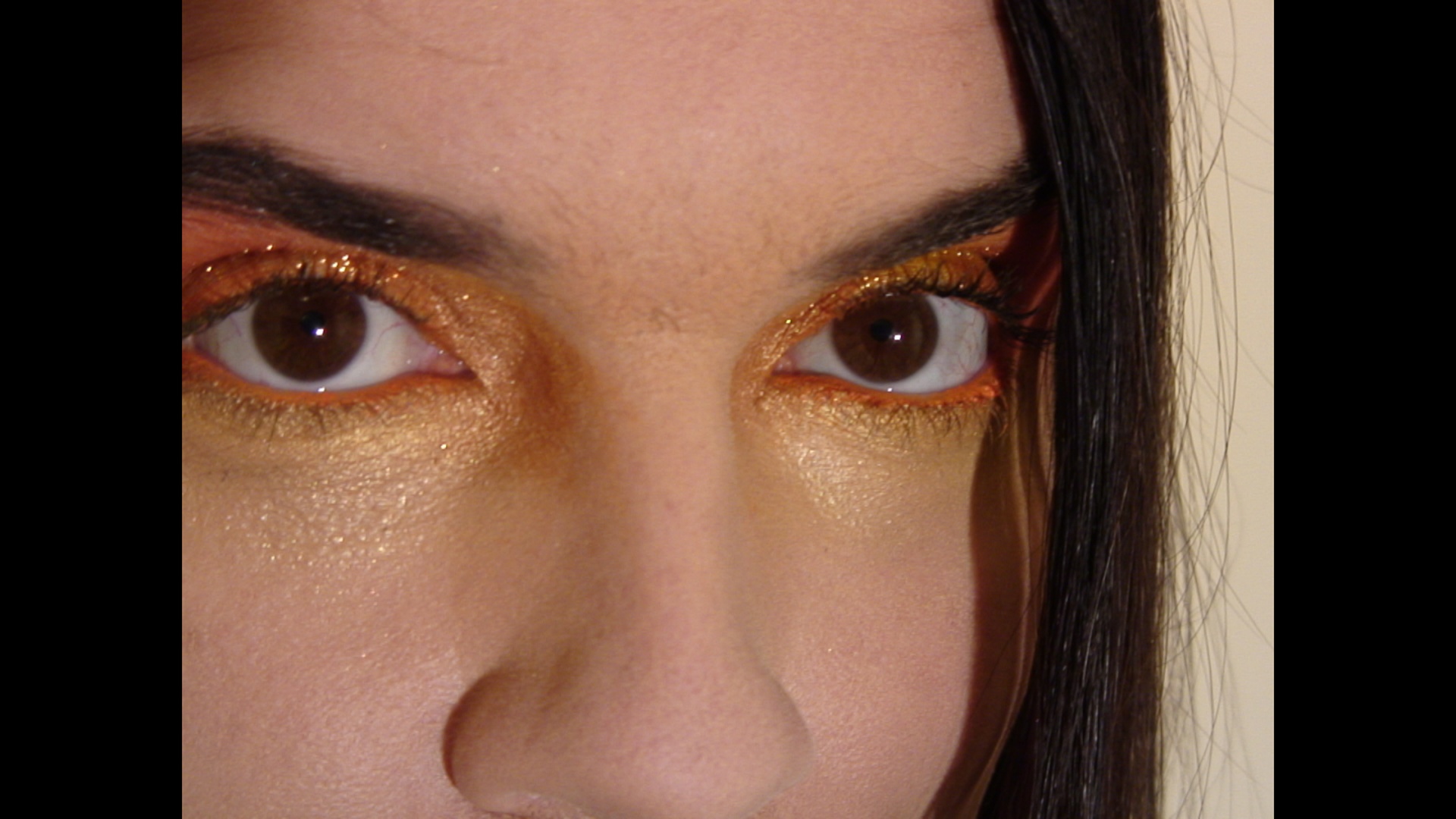 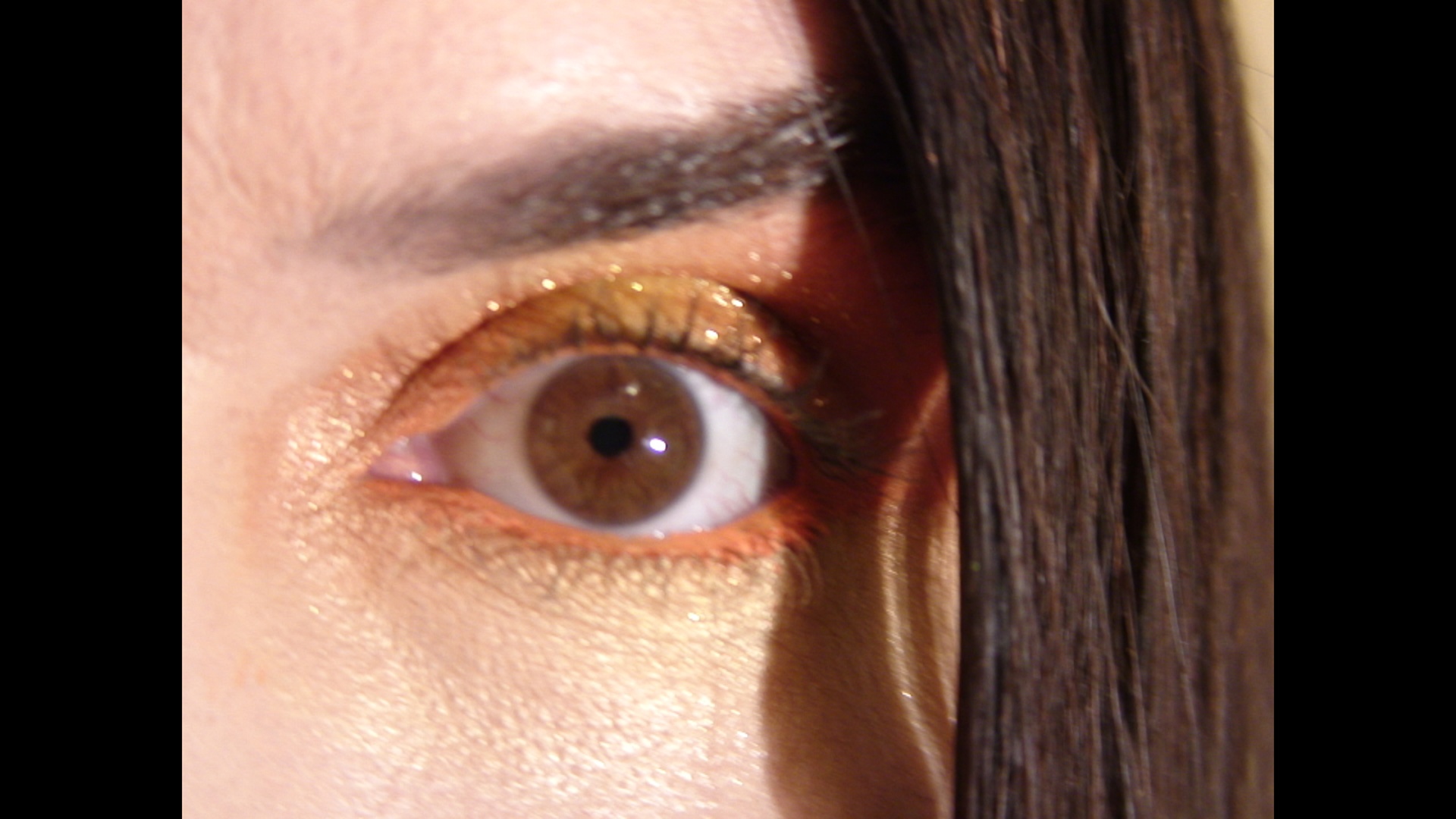 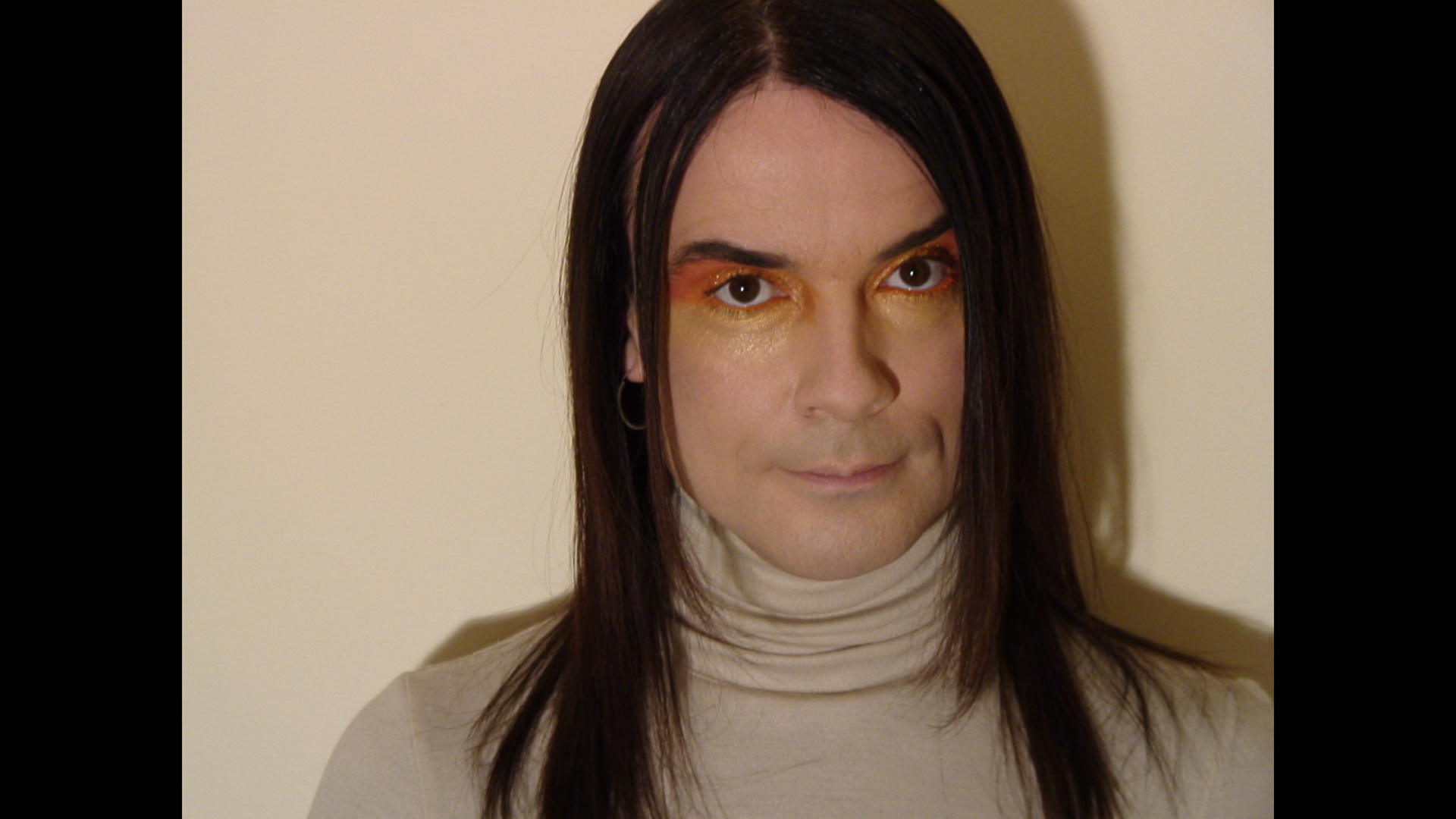 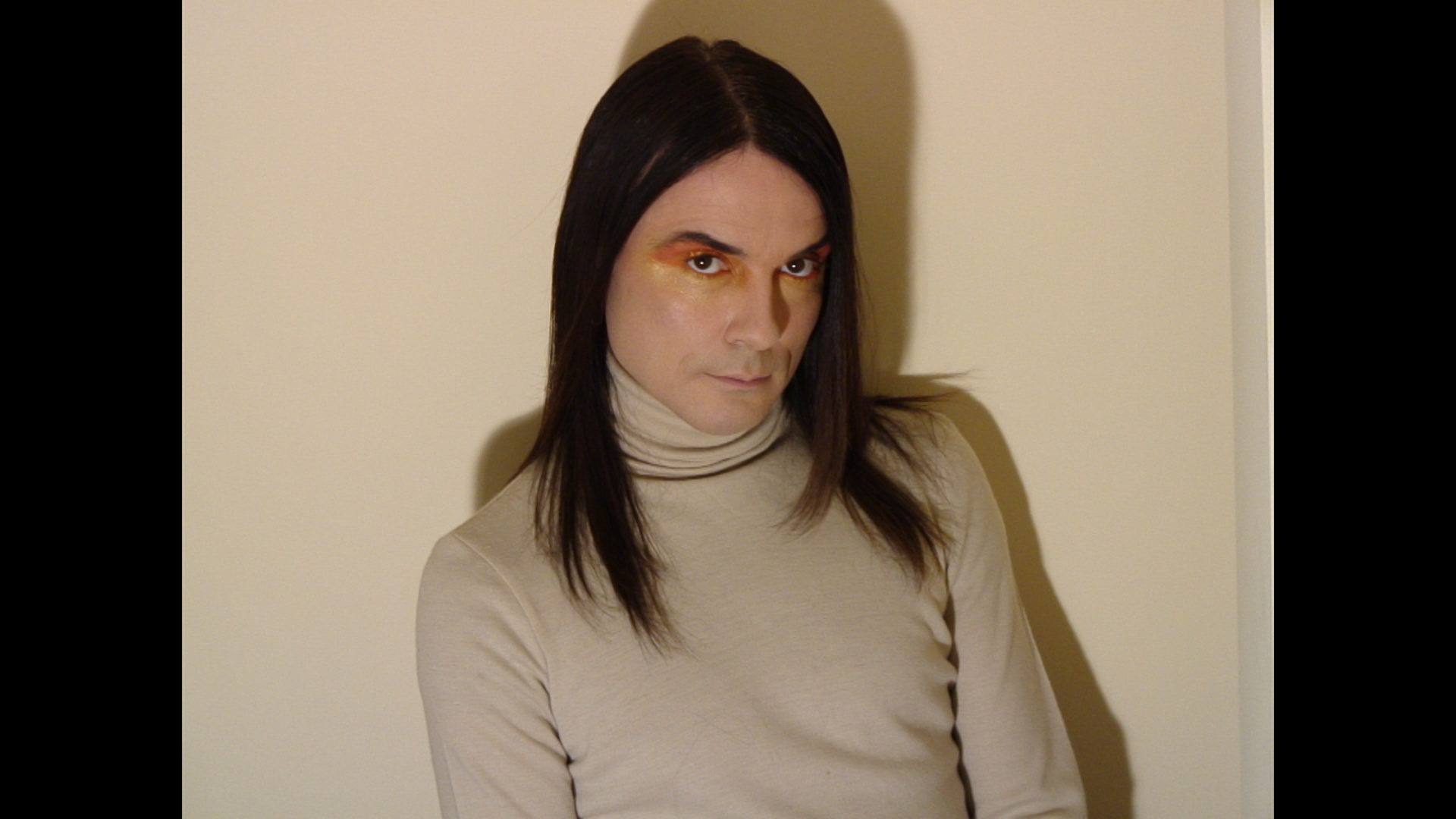 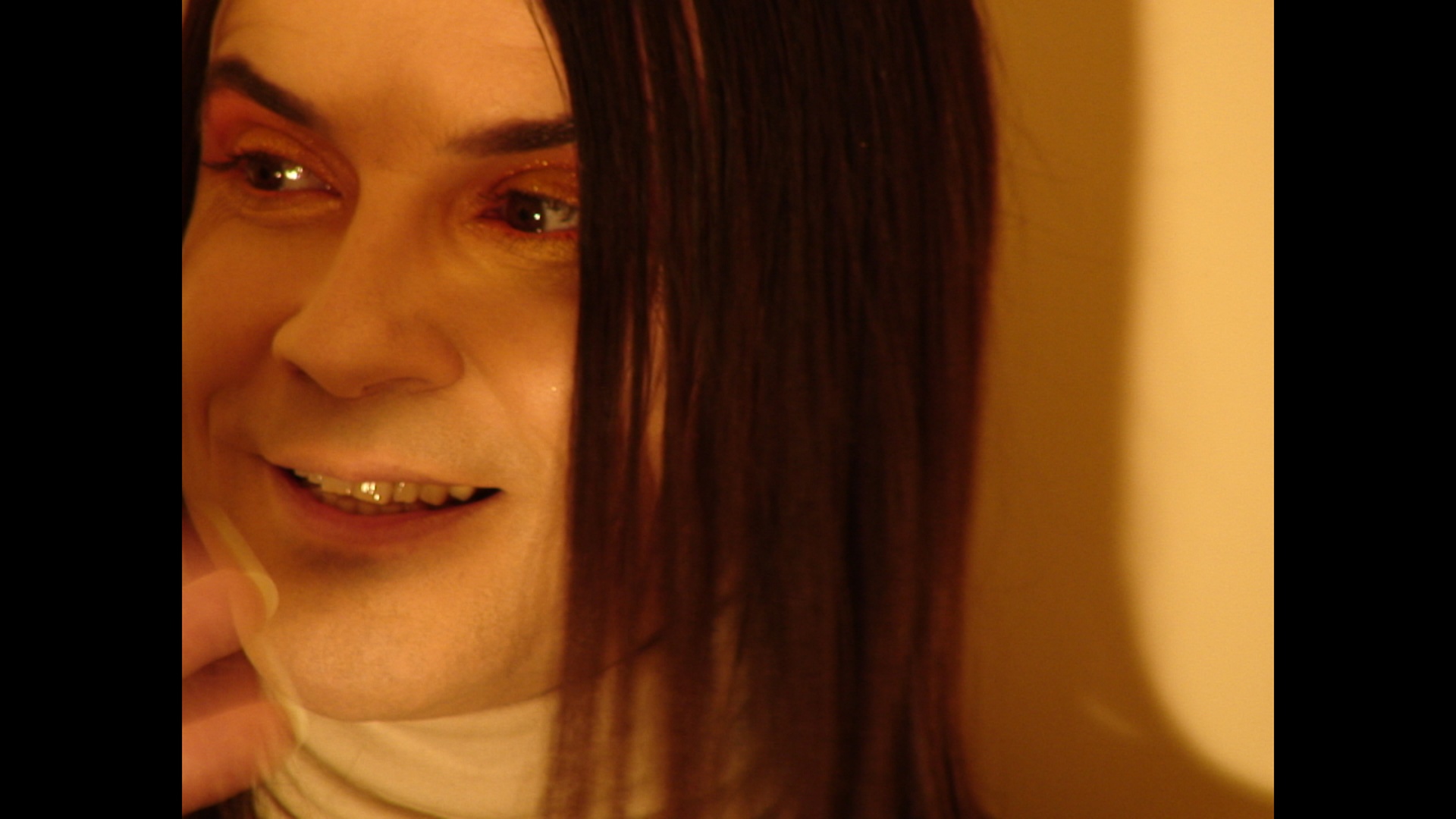