Below is the text of Part I’s Film “ALAIA 34”, which is taken from The Imagination Thief’s mini-chapter 34 “Big Bang: song of death”. This Film is one lens’s suggestion of Alaia Danielle and Jaymi Peek. 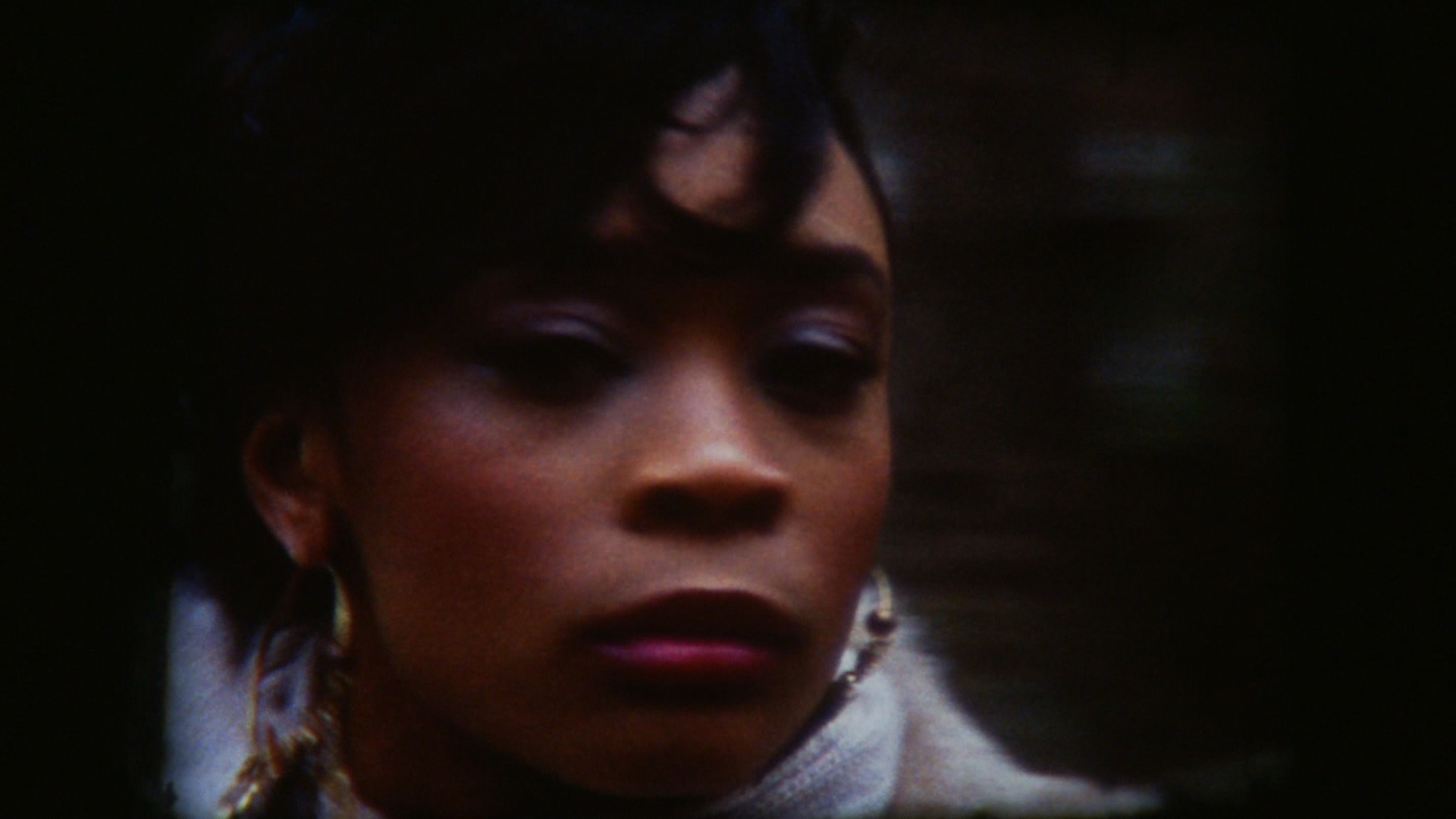 … and to every one of you who can hear her and see me, it seems you are walking over fields with a mystery friend to whom you cannot turn but who feels like a part of you, and from this companion a full, swelling voice wails and keens. This friend is yours alone—exotic, from an ancient place, with eyes that see what you see and silence swelling loud beneath the wailing of its passage through the fields with you. It constitutes a procession in itself, dark, bejewelled and smiling at you, though you still can’t turn to face it.

Warmed up now, she accelerates. Her voice pushes outward, and hollows out sound, out of silence—volume out of nothing, as the Big Bang pushed out brand-new space at the speed of the light that was born of it. She carves out a bowl of sky and mountains with her song: you who listen find yourselves standing on a mountain pass, looking down at Lop Nor, the deserts all around it and the mountain bowl around those, wider in enormity with every passing second. Clouds boil and bubble on a level with your feet upon the pass. While you watch, cities sprout, proliferate and die, miles below you. Her upturned black face flings its inexhaustible magic out across galactic space-time, where (at her will) powers of ten collapse and stretch, collapse and stretch, collapse and stretch, in icy-golden ladders out of sight into infinity…

This being her journey, we take a darker turn than anything I’d have served you by myself. It’s as if, having just sketched the birth of space, she now bewails with tangy glee your wretched place within space—her song nearly cheerful in its rhythm but evoking the sound of your soft human lips on your hard stone planet, where you cling like red-nerved molluscs on a rock. Obviously those soft lips shouldn’t have been housed in this cold glinting song of death and planets, glass and rock and falling steel: what vicious force inflicted that upon you fleshy squirts?

Her sphinx voice curls around your dreary snarls and mocks them, with goddess-like serenity and power. Through the litter and the dirt, round the jagged little corners of your fibreglass and concrete and your gaudy plastic shop-fronts, behind the stench of fates and minds, their limits, spite and hate—can you hear the haunting wail of her unfair perfection, huge and dark and female in the lower sky? Always seeing where you’re at, but not inclined to save you; apt to raise you up but leave you hanging; heavy and oppressive, but alluring as a drug. She’s Alaia—but she’s gone, just an instant before you see the form of her. She draws you on in anguish that you’ll always fall short of her, and yes, you always will … but then again she might just be lying when she says that, or lying now in saying this. Reach for her (she’ll make this very difficult), and some of you she’ll break in two and some she will caress, while seeming to imply there’s a reason for these differences—and yet she may be lying by implying so. Reach for her, she’ll kiss you, lick your ear or make you kill yourself. Reach for her, she’ll undulate a tentacle of shivers through your flesh or lick your eyeballs. She’ll light you up with wine, or burn your mouth away with acid, making certain that these outcomes are not in your control. When the sun blasts fire on the globe’s other side, you may hear her. Catch her late tonight, behind the siren of the train in the distance, when you half-wake: the train roars along the blasted viaduct, screaming, and drowns out a screech from an arch underneath it as the siren blares on for a whole long minute, stops a moment, then returns for another blaring minute … and you’ll arch through her colonnades and spin your hula-hoops along her yellow-twilit viaducts among your sweaty sheets, every one of you. But when at last you see her, then she’s gone! Did you ever feel led-on? D’you think she lies? Listen hard.

Her notes grow in violence—huge hammers smashing down on every beat, as if to kill it, and slamming in to crush your heads and bodies. Whatever words you try to say, she melts them to a primal scream. You bounce up cliffs on the surge of her sound, while the hammers swing relentless through the blood-spattered stadium; and up above the carnage, the angles and the curves of my face float serene…

At last you can face your mystery friend upon the fields, and you find, too late for rescue, that this friend is her too. Beyond the horizon, gun-beats billow, dry as thunder and as heavy as the Pyramids—a grand weight of cosmic sound that gives the planets gooseflesh. Then she leaves you dead and steps away through the fields, across the plain, staining the horizon with a spired plume of emerald smoke and icy flowers of mist. She slopes away a sudden hundred miles to a cavern where a different moon sets, pale and vast above a tiny crash of waves, and majestically she vanishes; and there we end. 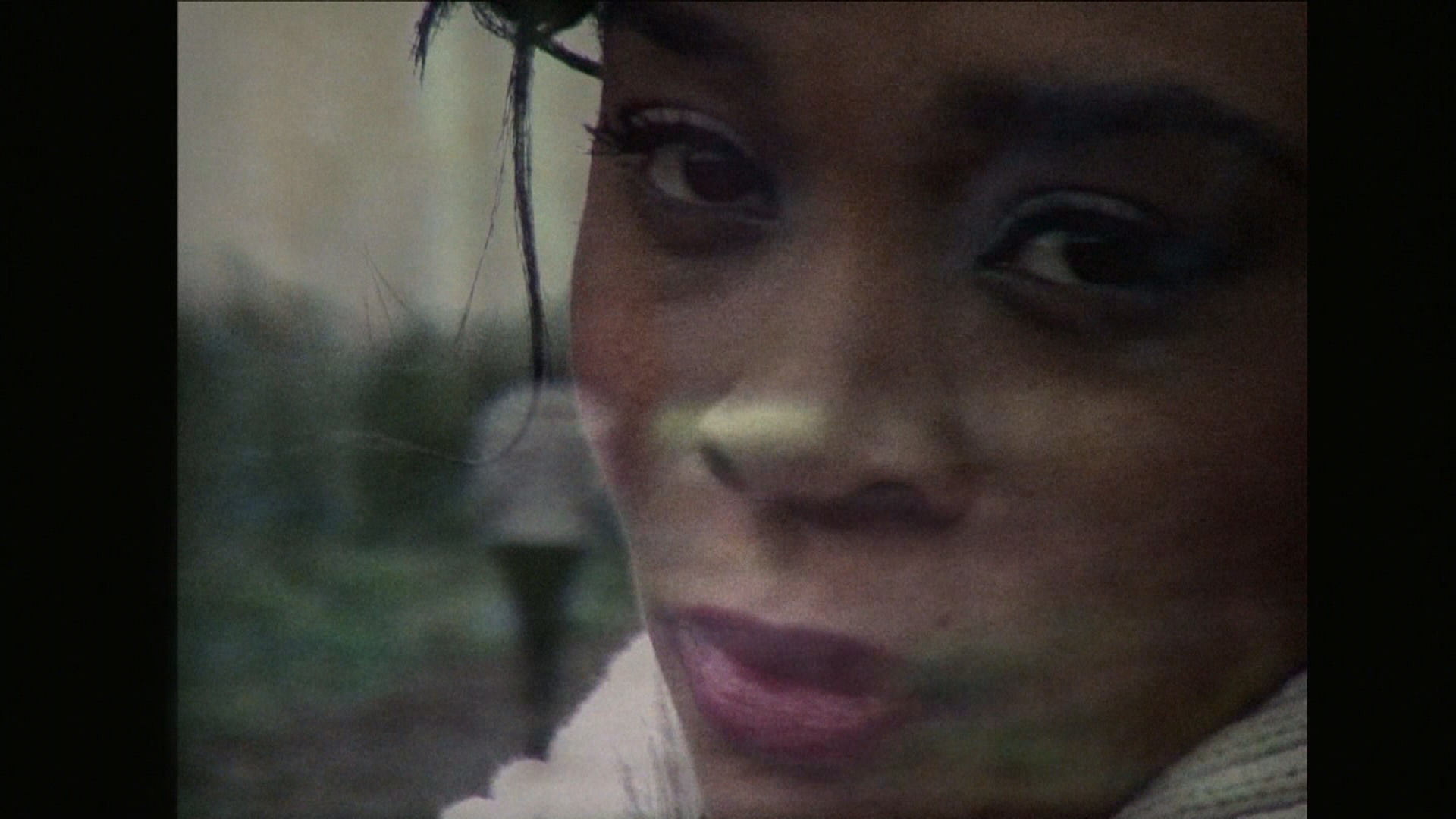 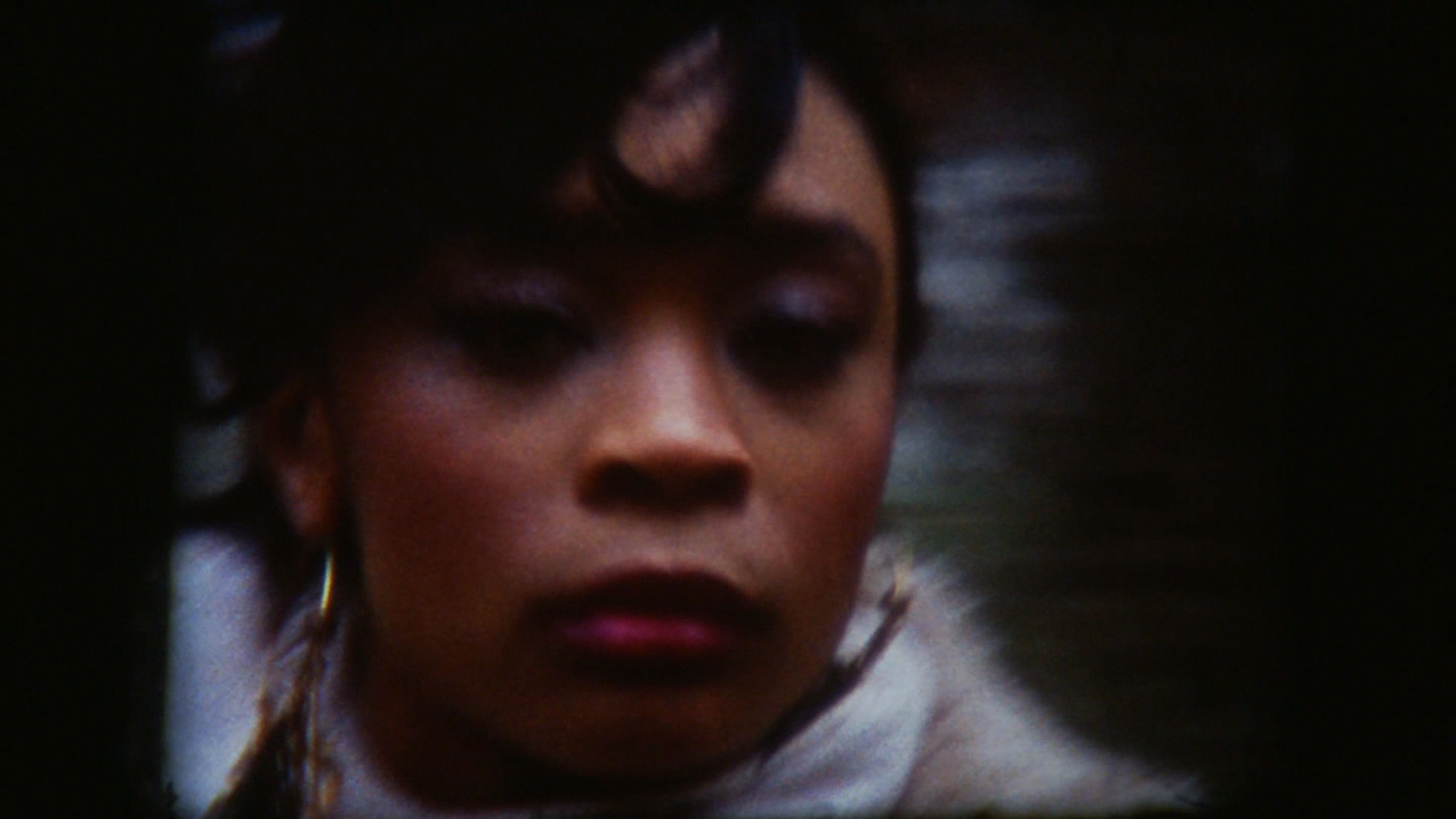 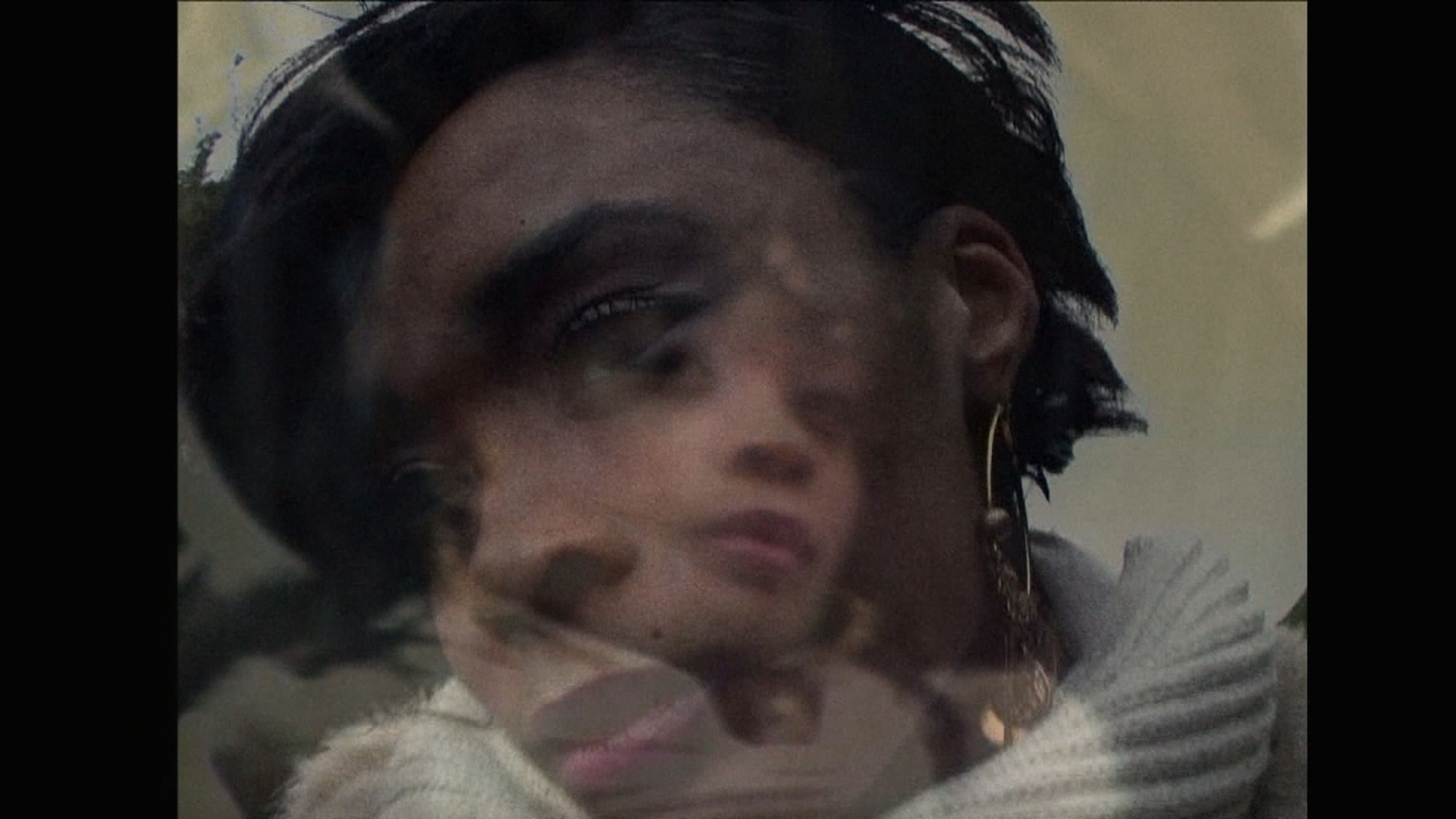 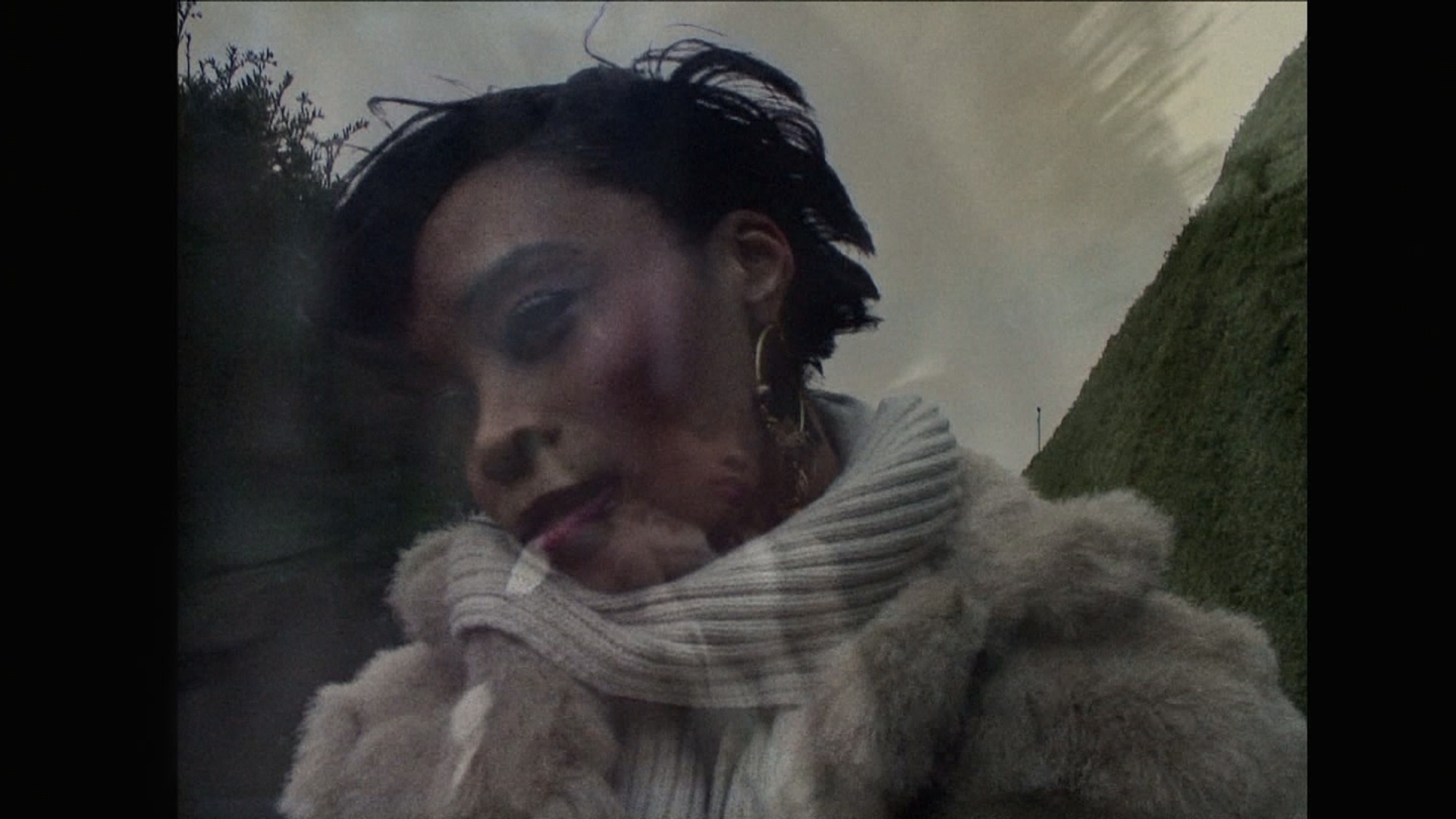 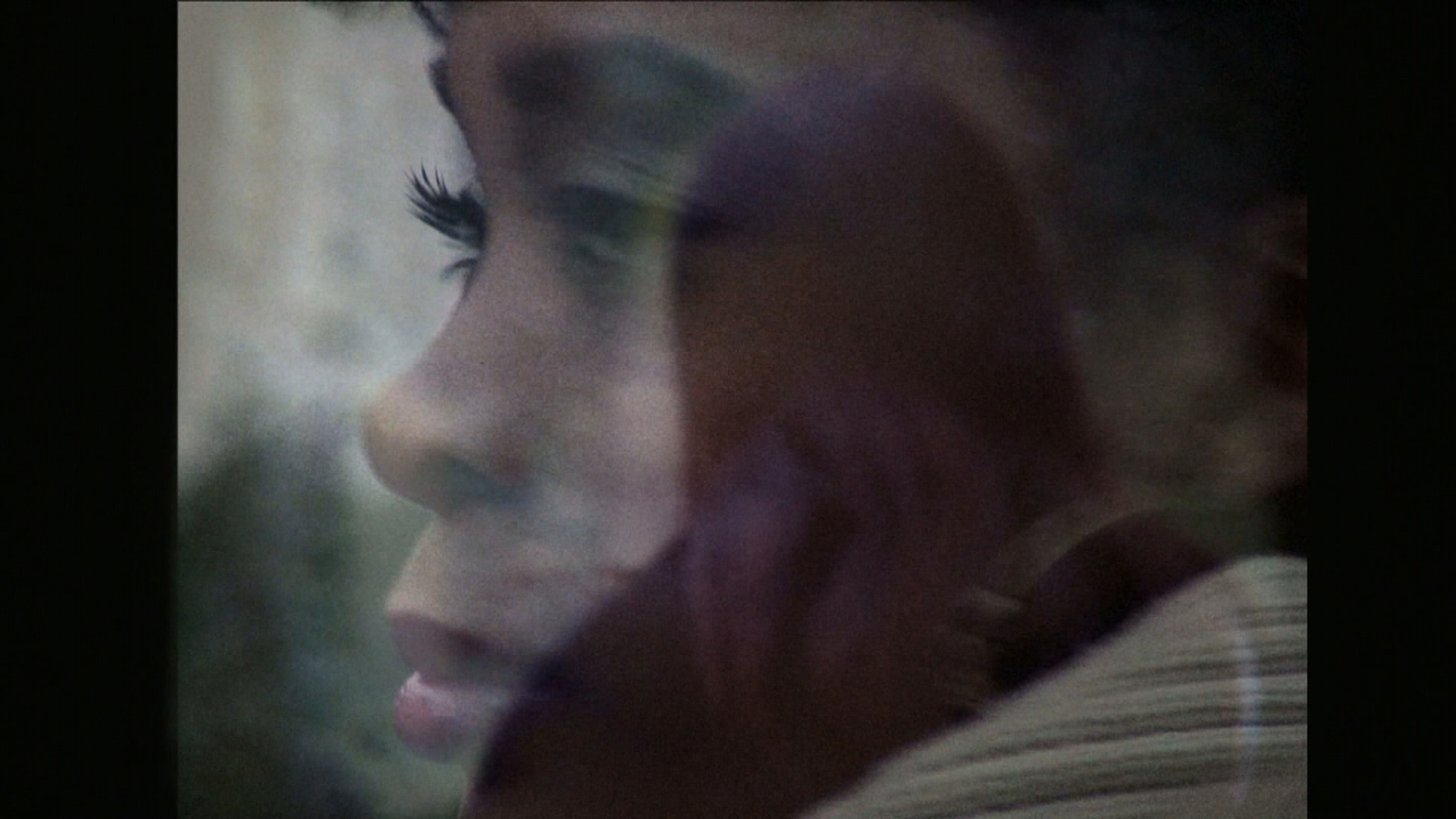 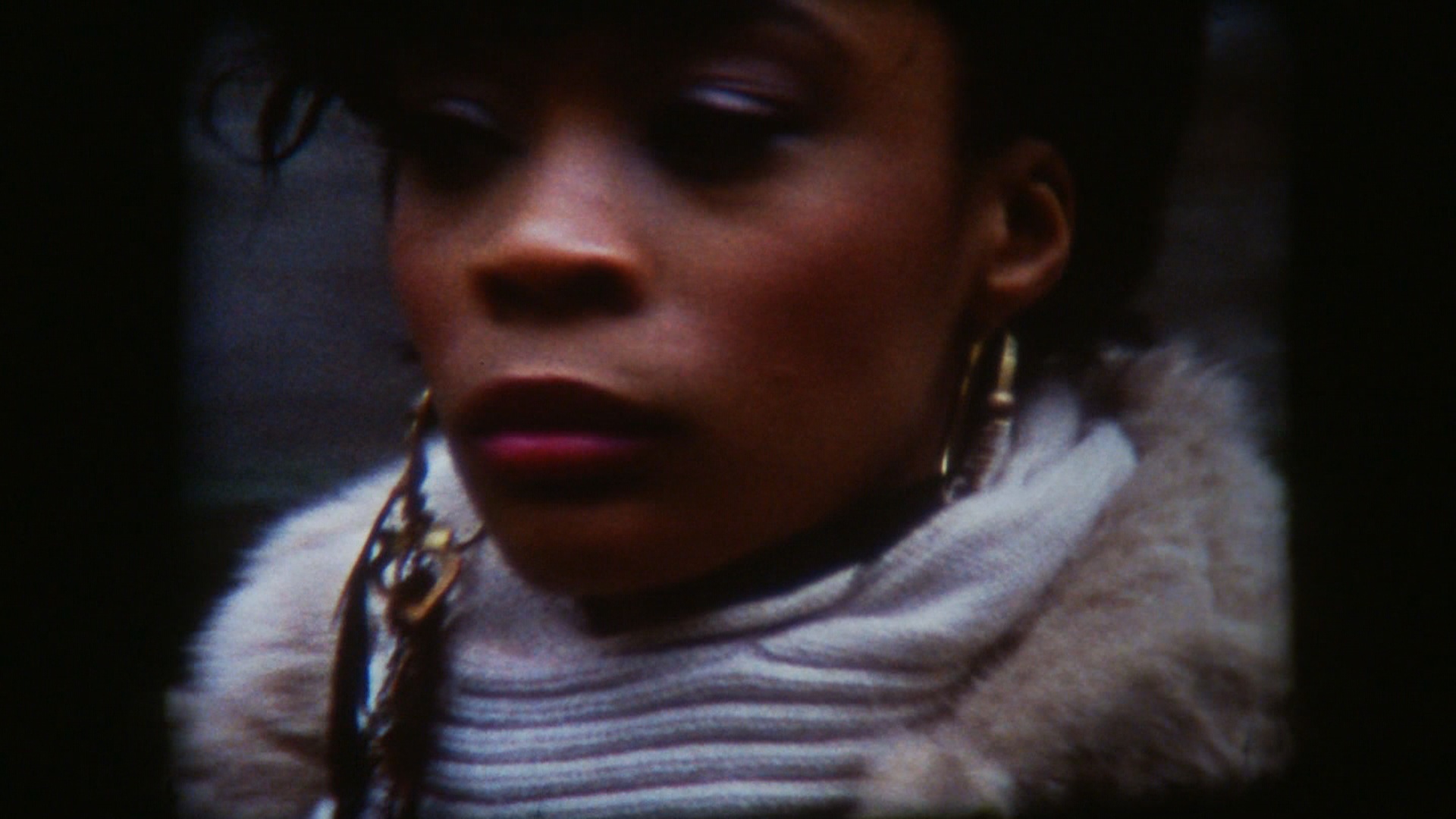 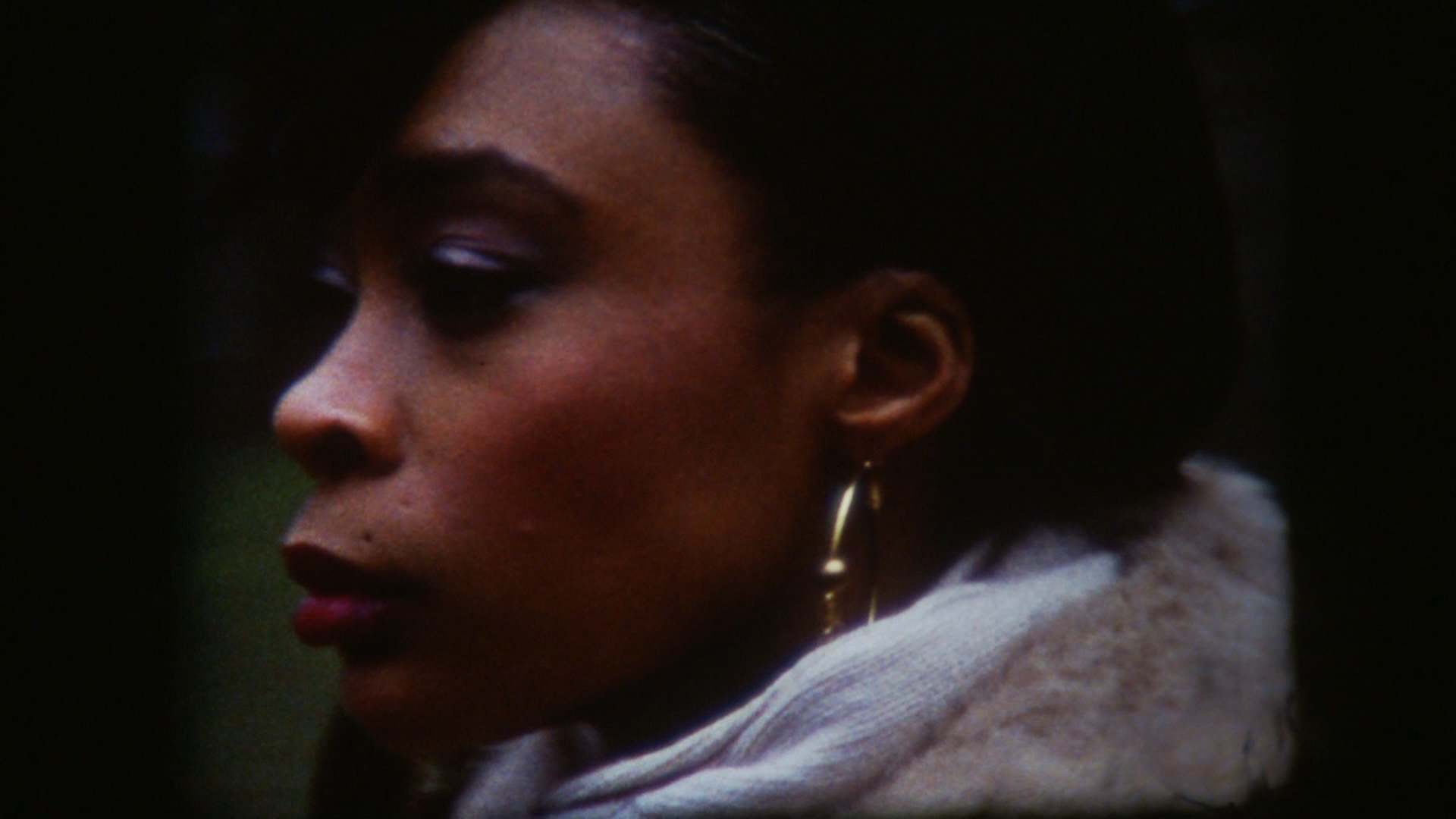 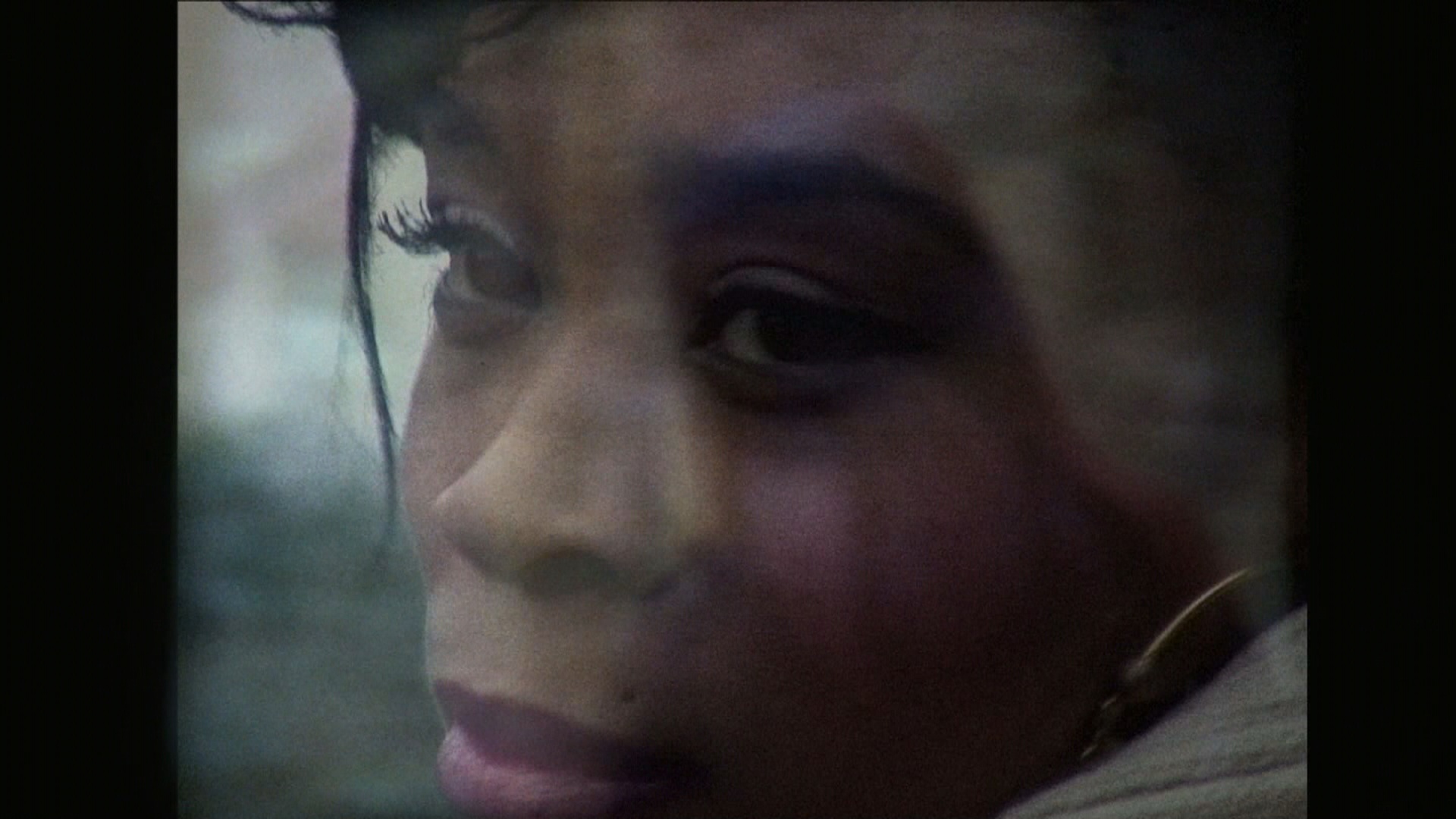 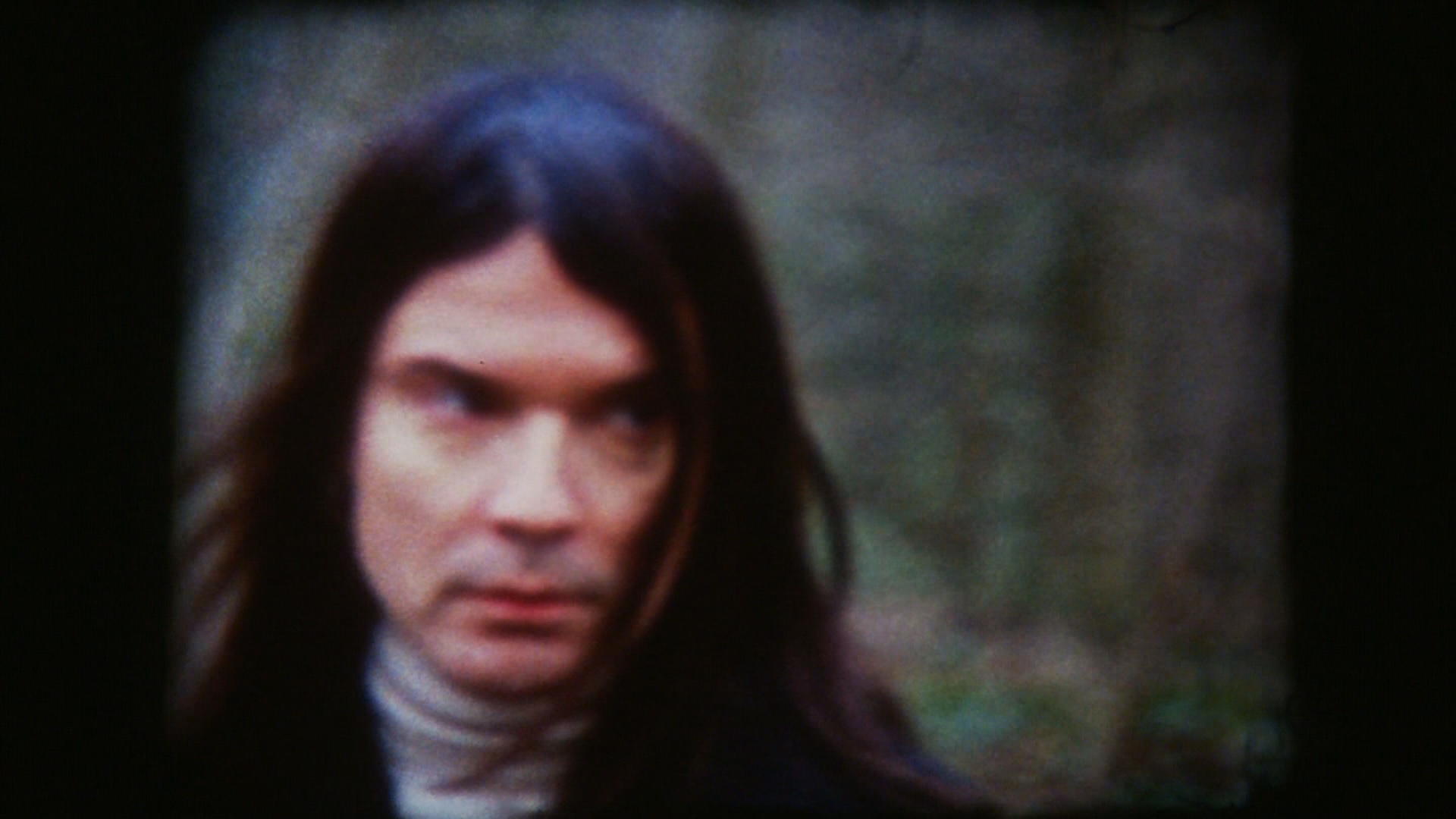 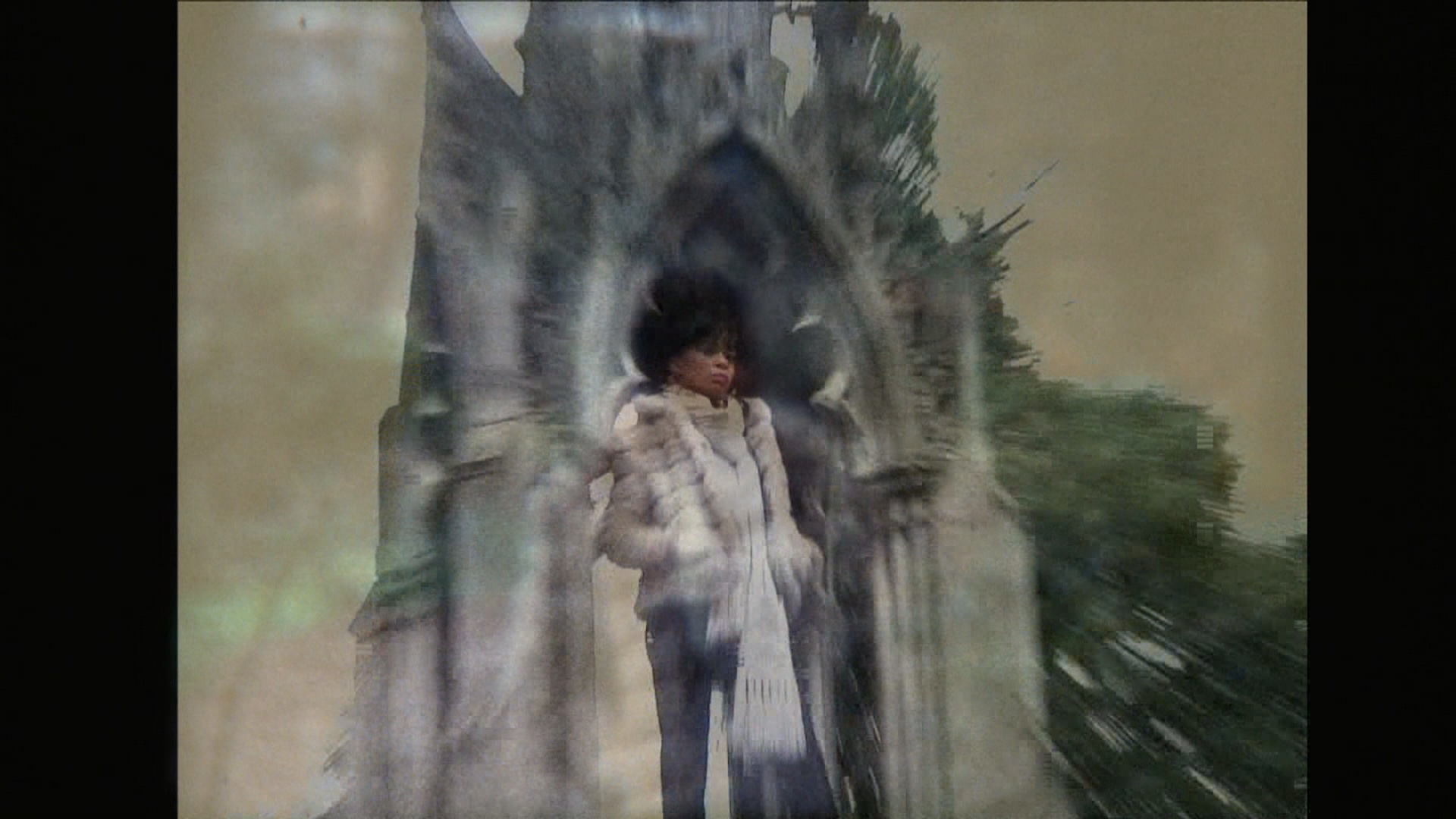 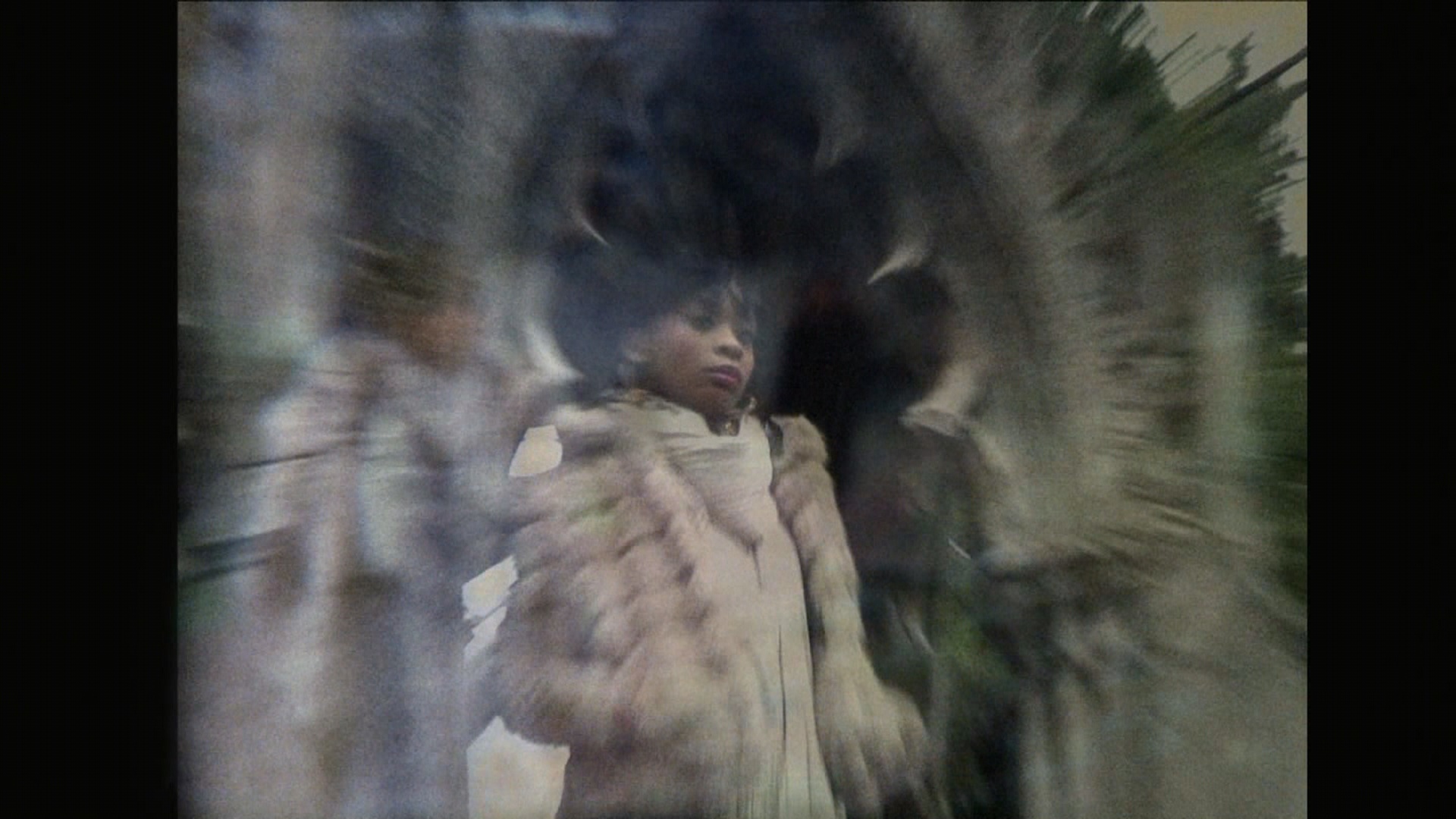 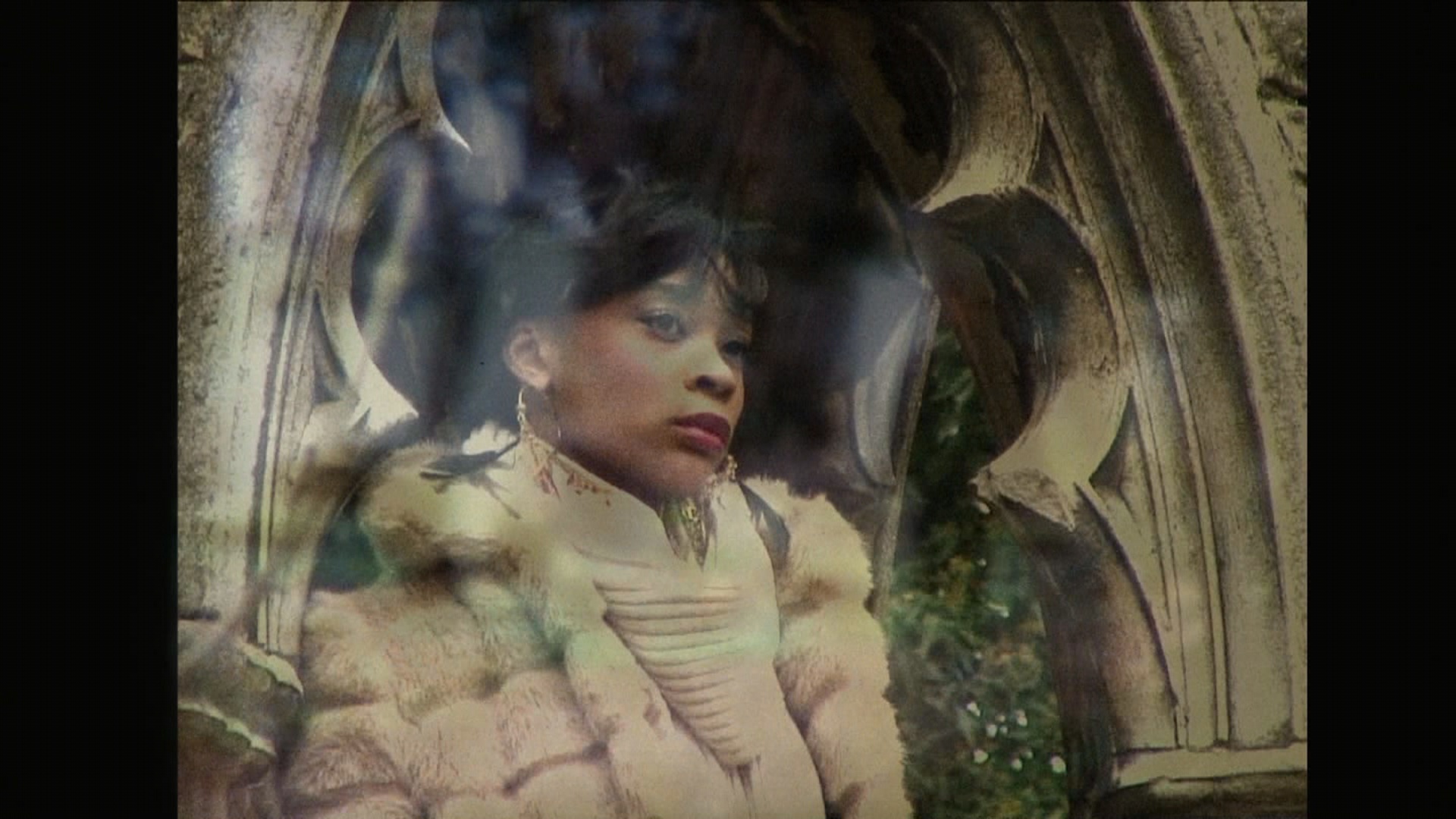 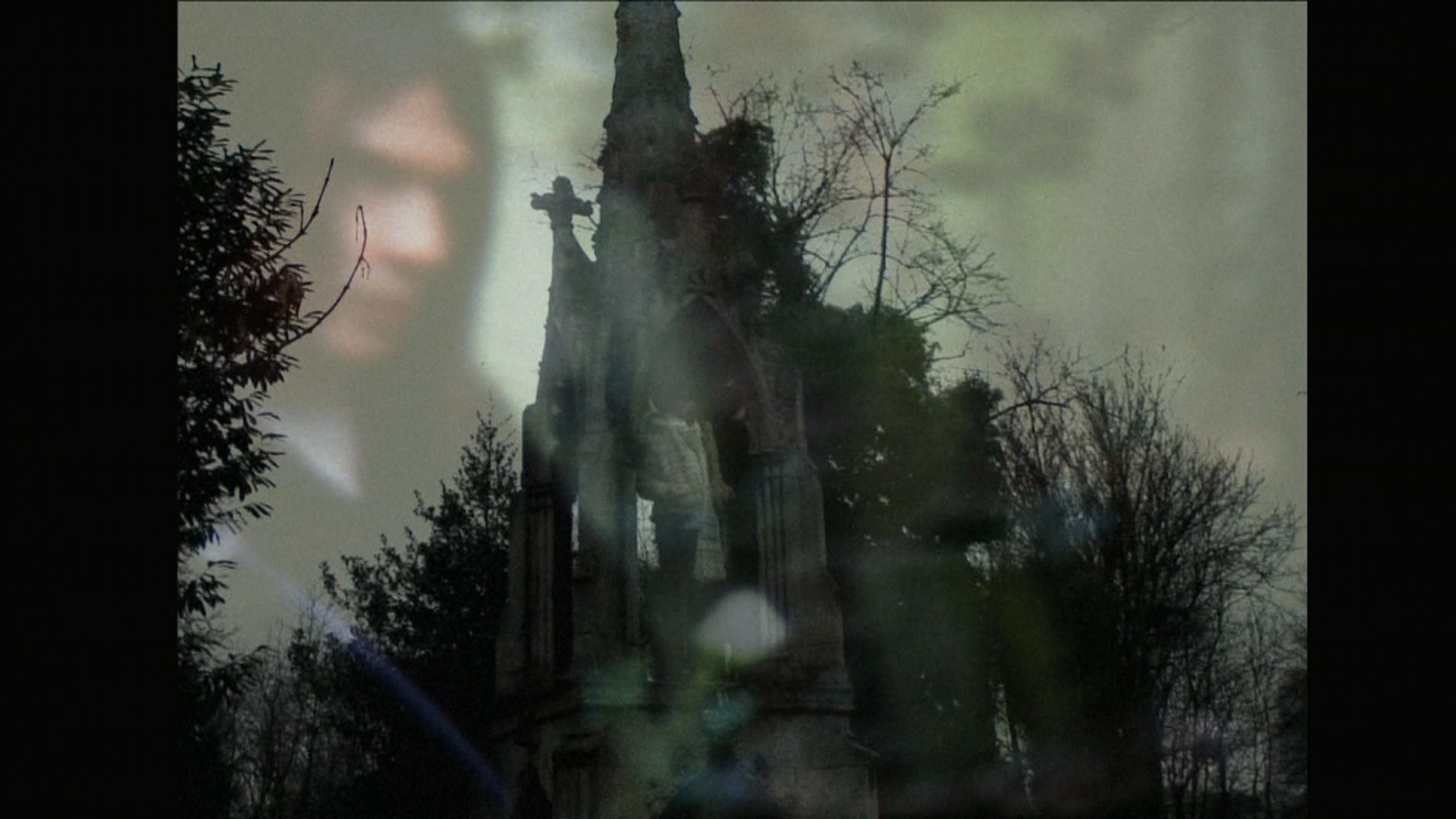 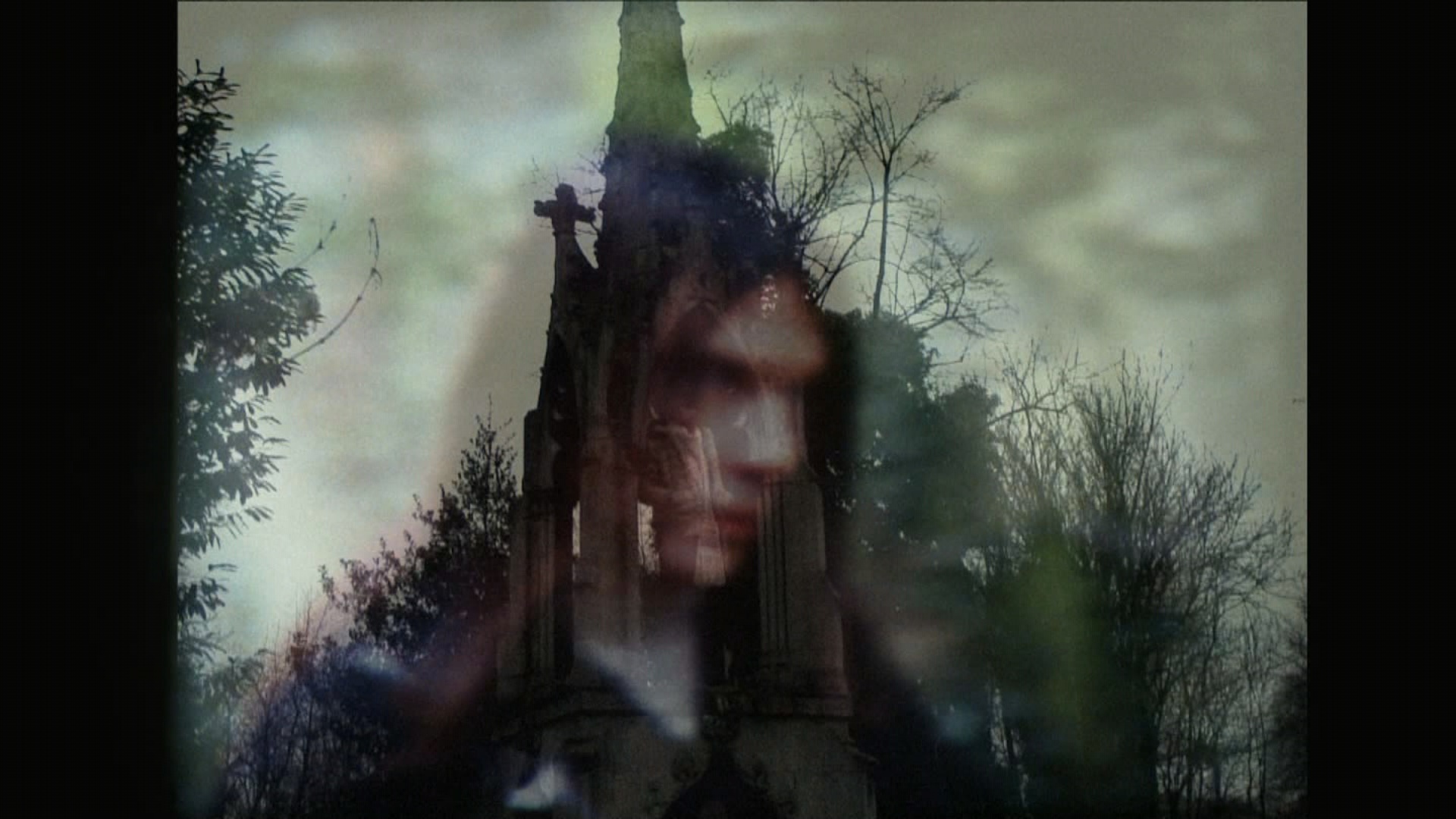 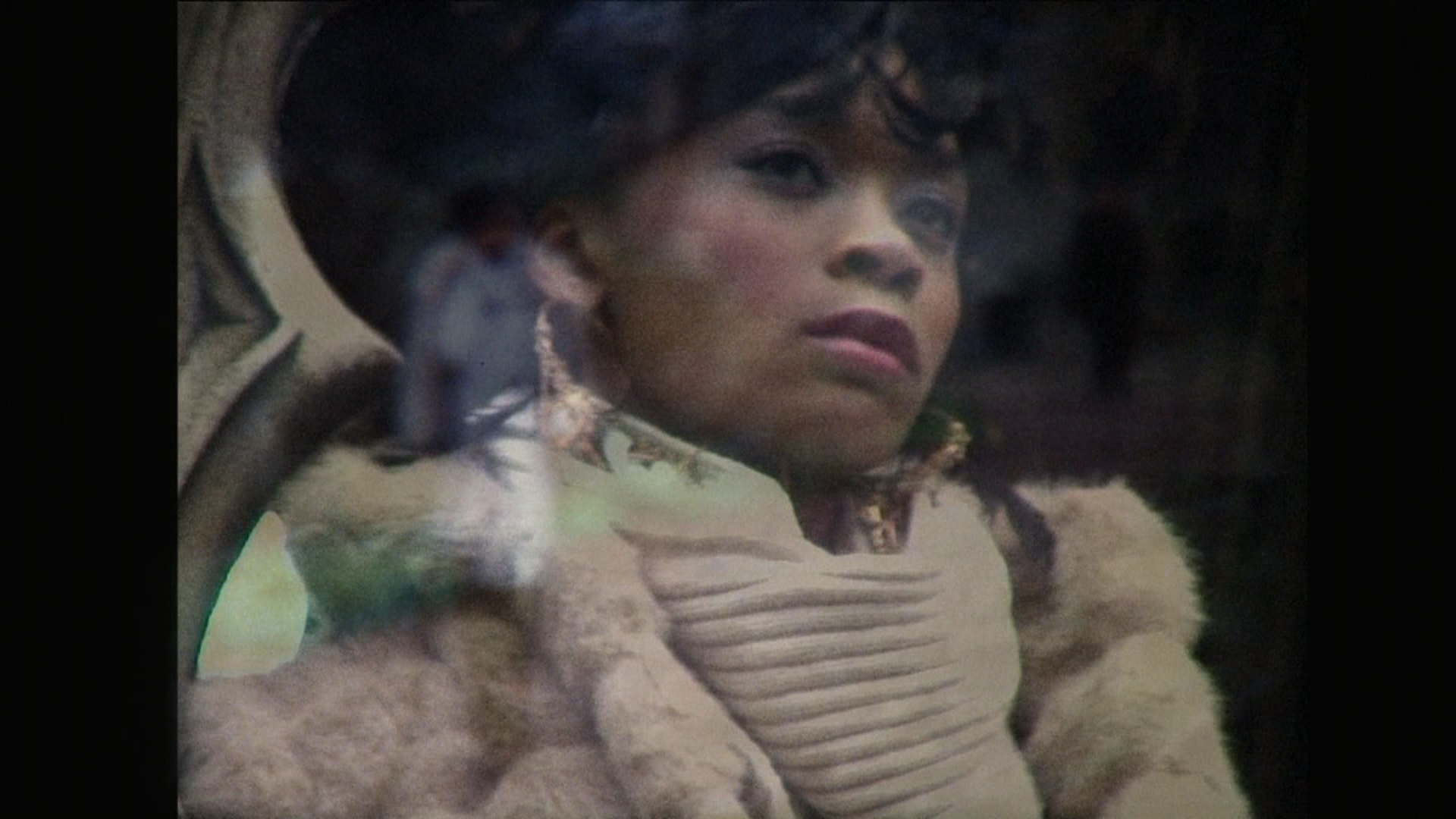 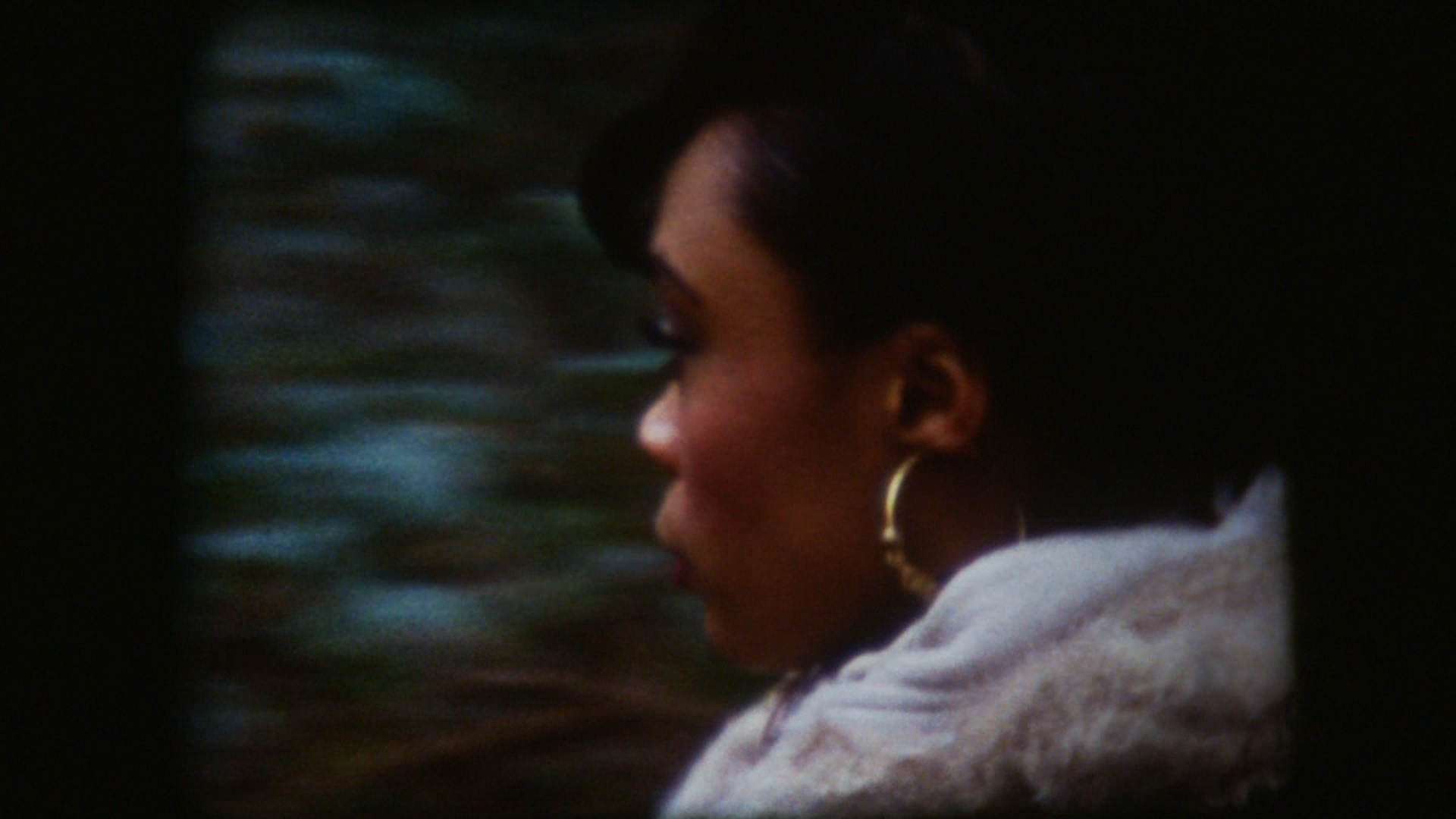 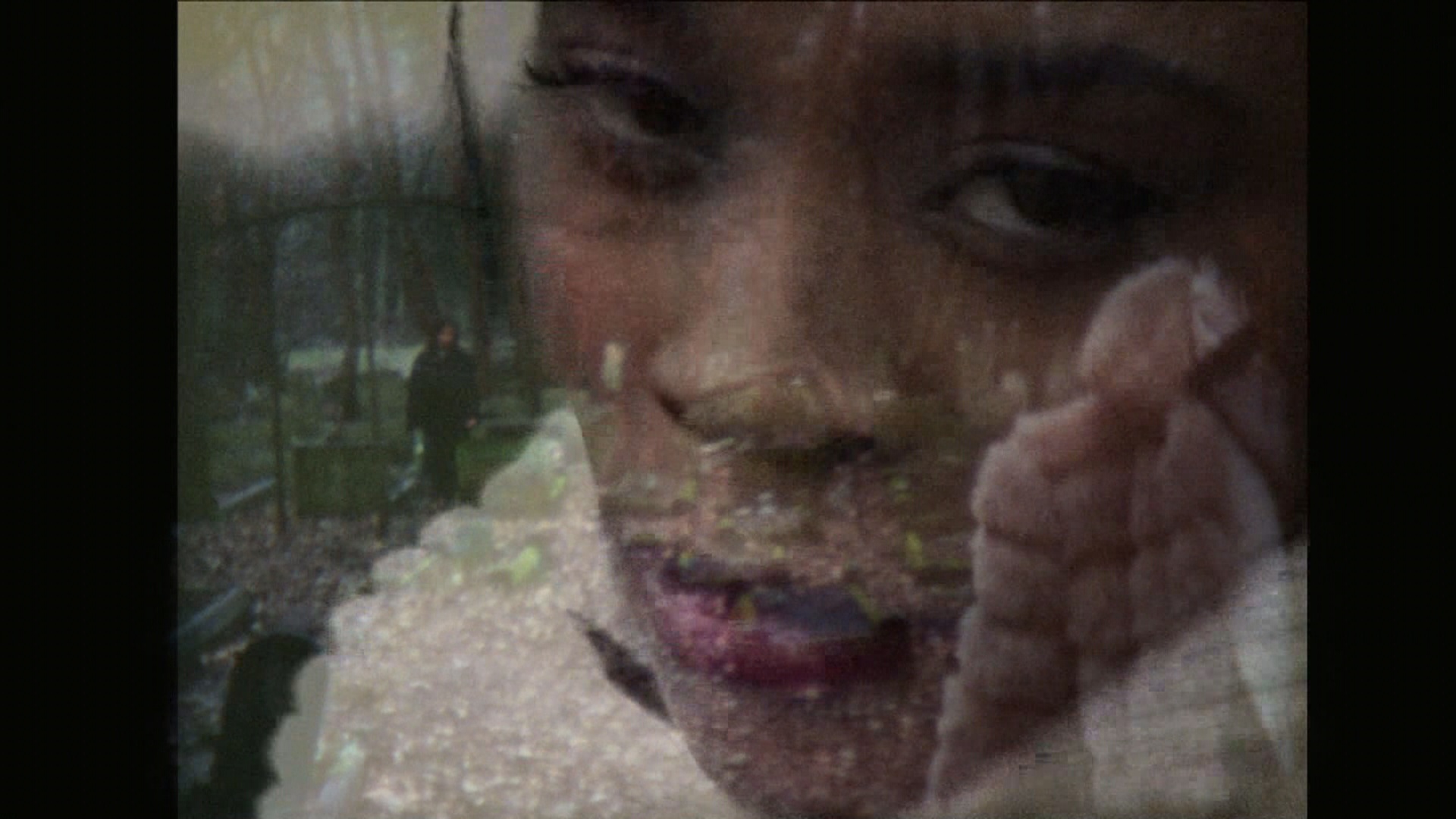 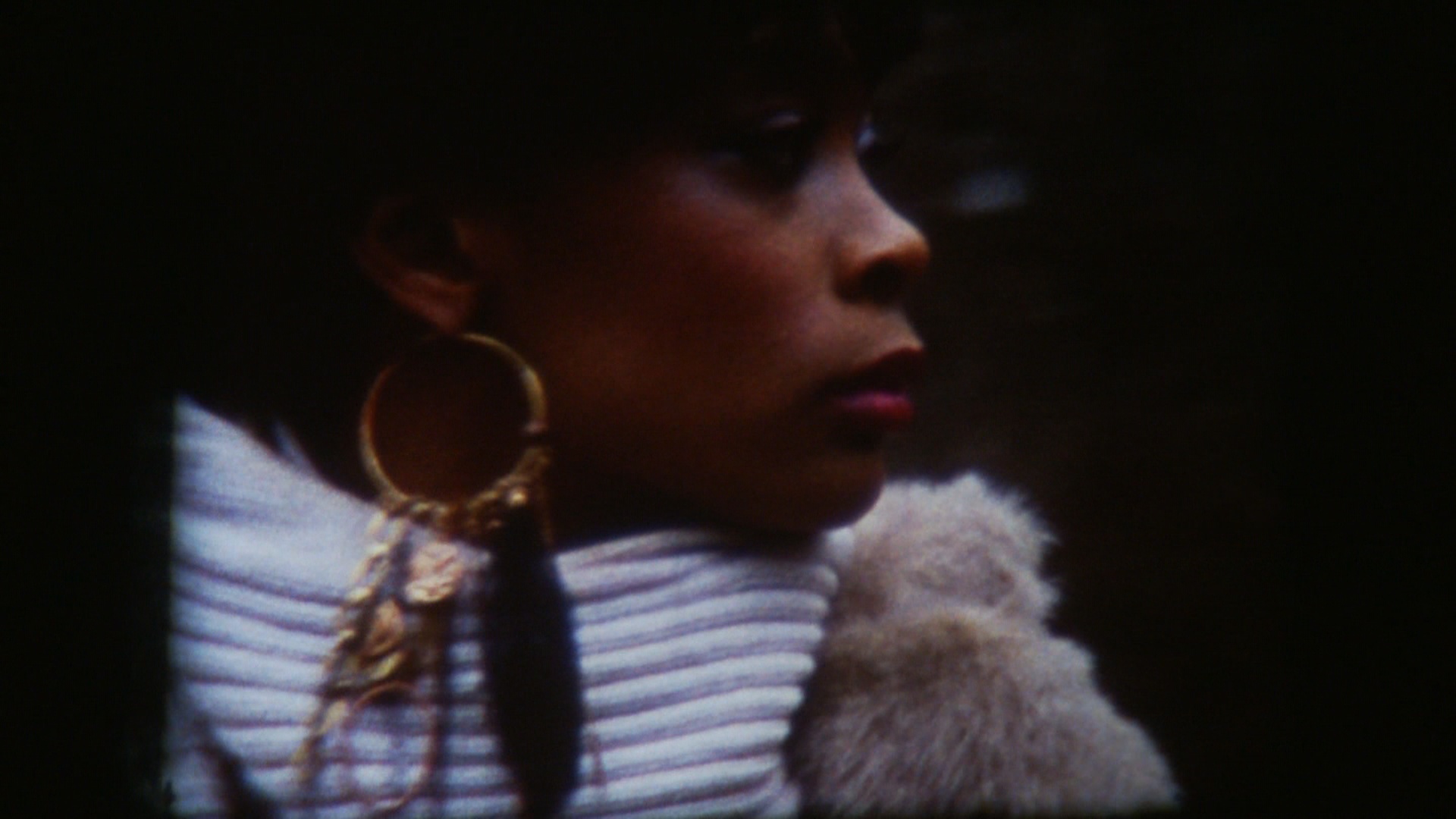 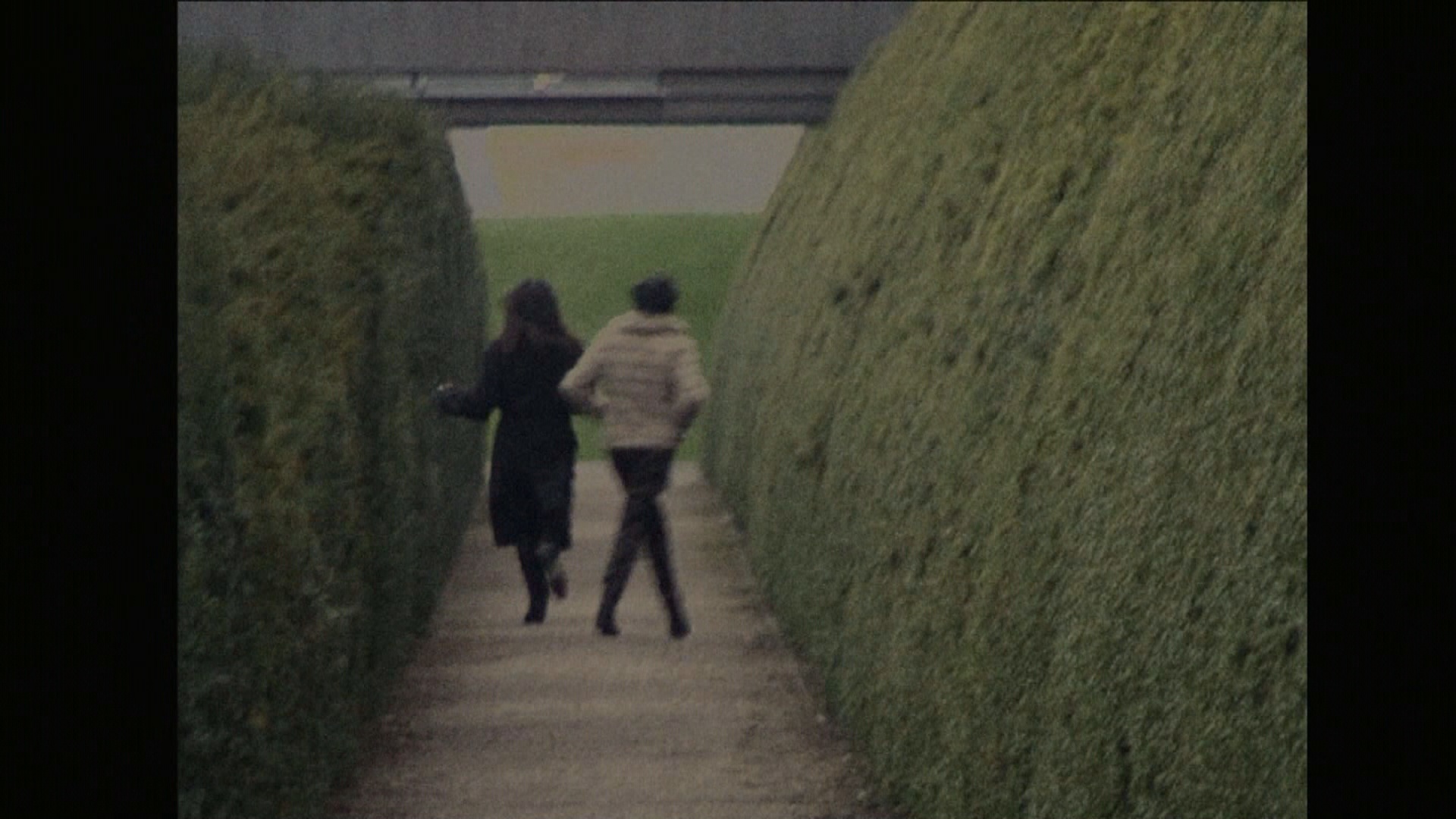 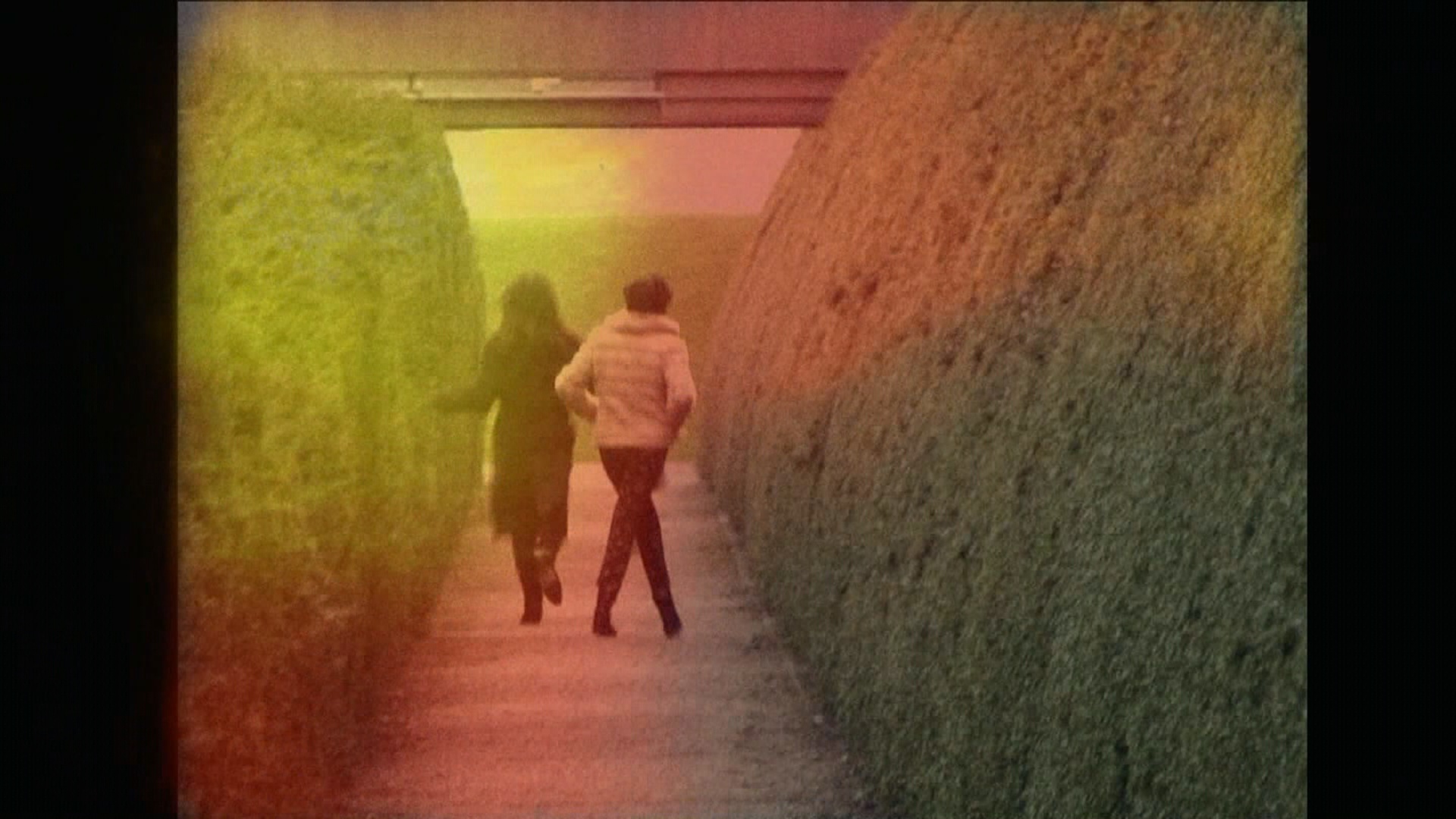