Below is the text of Part VIII’s Film “ANGEL 22”, which is taken from The Imagination Thief’s mini-chapter 22 “No enchantment without ordeal”. This Film is one lens’s suggestion of Jaymi Peek tuning in to Angel Deon. 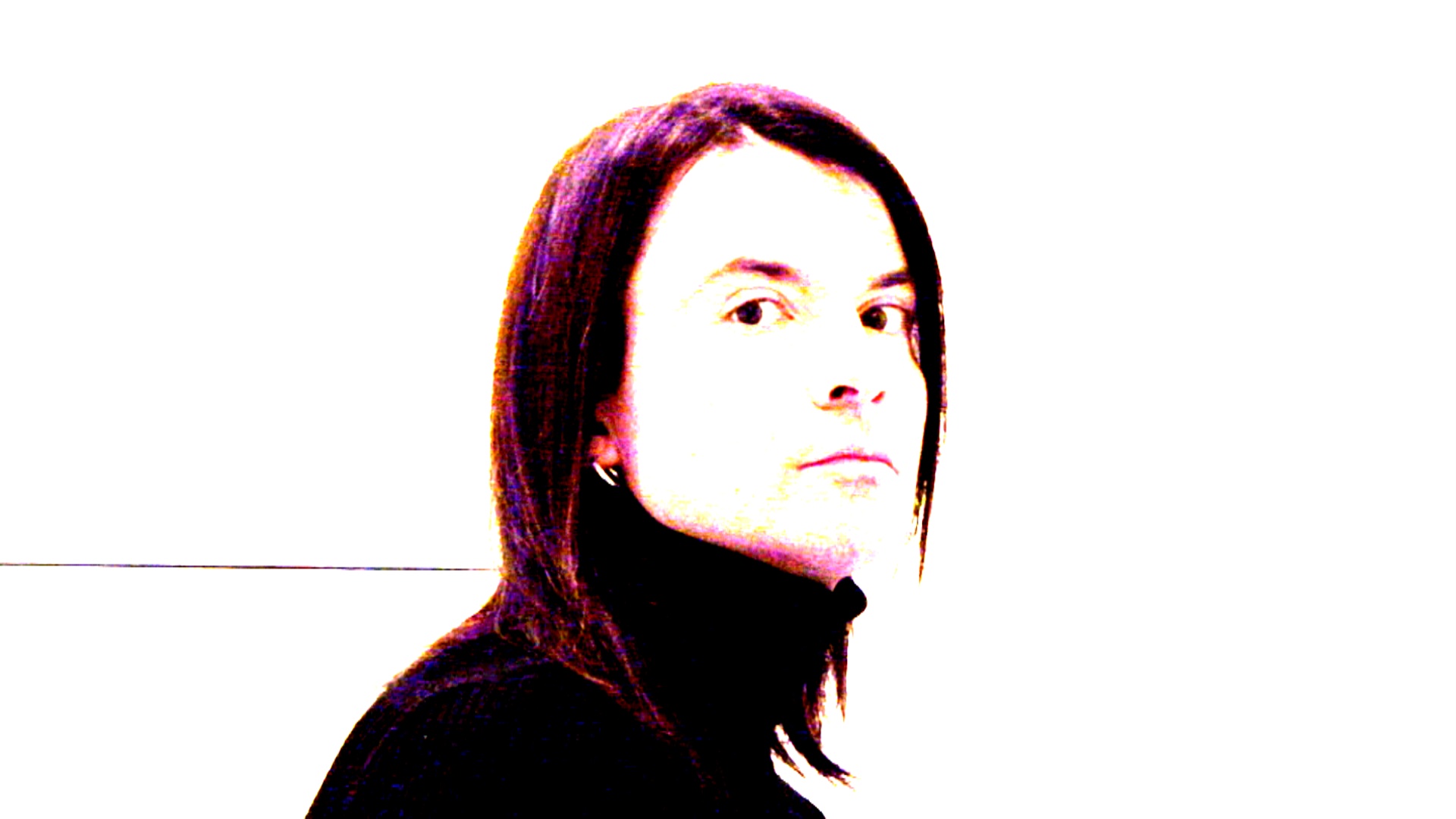 … and it’s time to tune in to you now, my little demon vermin Angel! Let’s see. For you, as in the tales, there has been no enchantment without ordeal. I assumed you were Latino when you first appeared, but now I perceive that your family was Armenian. Your self-image from antiquity, however, is a Persian one—the Persian Boy, of course. You see jewels, incense, flowing verse on scrolls of parchment, flaming candelabra in the harem around you, and purple eye-shadow when you glance in the hand-mirror. A barred window gives upon a courtyard of spiky flowers, palms and the cool splash of fountains. A flute trills, behind silk that hangs across a door; smiling women swirl, you whisper, and your whisper is an influence and seeps across an empire, now long vanished.

From birth onward, here in Asbury Park, you were scorned, and your spite took shape and grew. You were victimised and beaten, and your cruelty shot roots down and drank and pulled, tight as wires, through the earth. The beauty that bewitched you and the beauty that was in you were rejected and dismissed by those around you, and your viciousness unfurled like an icy metal flower. These elements inside you gathered force and locked together in infernal harmonies, until a great black symphony of Angel towered raging like a hellish dark mill against the sky inside your head.

Your brows were too arched for the oil-spattered trailer-park you lived in on the west edge of town, where abuse between the motor-homes spoke to you in simple terms: I’ll slit your pout wide, freak, I’ll carve pleasure from your mouth and throat—how about a sweet smile cut with this knife, and not your rat-faced sneer? Don’t fuck with me, bitch. And yet with longing hot and tight you yearned to spend yourself upon these other boys, the only boys you knew, and yearned to stay their target forever, as a home.

And meanwhile, slanting from the billboard on the highway, the film-star flickered down upon you like a whip, and you were certain they would find you sprawled dead and hard beside the grey electric fence behind your trailer-home, his image burned tiny on your retina.

There’s a place of enchantment, you knew, where the Full Moon in Scorpio irradiates the brightest, with wisdom and secrets, ancient powers and some smoke and mirrors too. So you ran through the night streets and flat deserted waterfront, through lanes of yellow lamps, always looking for this place—felt its whisper round the corner, heard its giggle from the next block, retreating—caught its black velvet breath around the angle of the bricks before it whisked away. Running, running, running, always gaining on it, slowly… And still the little boy-girl inside you runs the streets at night, seeking that retreating thing, and gaining on it, slowly. (But I found it first, in Manhattan, and that’s why I’m seeing into you—and why you saw the broadcast and watched me with avidity enough to twist the knife of your own rich pain.)

Back at school, when the teachers bade you drink your poison up like a good girl, you’d slip through the alley-way where hypodermic syringes and empty lipstick cylinders would crunch beneath your boots. There you built heaps of trash you named as your enemies and then, one by one, set them toxically ablaze with a yelp of splashed gasoline and matches. Sudden blotchy hands gripped the window-bars beside you, from inside that shack of cinder-blocks, and you screamed and fled, and later you were jittery with excess coffee in the smudgy cracked window of the Coffee Cup Café, the ashtray heaped up with spent cigarettes you’d sucked to death.

I see you then at seventeen, scything the long grass, for pennies. Of course you are left-handed, and of course the scythe was made for a right-handed person and was thin and broken anyway, but there you were, slashing at the rank growth pressing in upon you.

The wildest crew came to let you join them, like a mascot, subjecting you to verbal abuse that was constant but grudgingly affectionate. You played it very cool, but you never stopped picturing their masculine bodies all around you, black and naked underneath the baggy clothes they wore, and then began the permanent erection that has never left you ever since—the constant hard excitement in the one tiny part of you you’ve always yearned to hack right off.

Few were the channels that were free for you to flow down, and darkest out of those felt the channel that you took. For then you took a room in Damian West’s house awhile. He ran Lucan’s distributions here in Asbury Park, day to day, then as now; and he took you in, desiring your respect and companionship, and feeling some affinity and germs of compassion. He lived on Bangs Avenue and Langford Street then, surrounded by guard dogs, hand-guns and flick-knives. He was gruff in manner, bleak in outlook and oozed paranoia. Sometimes, sitting in the Spartan kitchen eating simple food, he’d tell you of his drug deals, prison times and acid-flashed service in Vietnam. He wasn’t much fun, but he was your protector, for which you were grateful. Never did he hit you or insult you, but treated you instead with a trace of old gallantry and only took a token rent from what you earned turning tricks, provided that you helped around the house. Even his dogs seemed to treat you with gentleness.

Then you and Evelyn would haunt the strip on Kingsley Street, throughout that summer when this town seemed bigger than it now does, both wearing little in the hot sticky nights. She was sweet and tough; she talked you away from anorexia, and made you laugh and even lent you money once or twice. She and you had good times, in among the bad, on that grimy strip where motorcycle horns cut the fetid yellow lamp-lit air.

And what a fierce street whore you were: where your heels scraped the pavement a red gash would surface, while you swung your arms, sauntering, and sucked a Capri cigarette. One night you decided, you would move to New York City and would knock ’em dead. But straight away a picture of yourself in the New York winter flickered up: a figure floating through, swathed tight in a long coat topped by a sleek-boned she-male face, unfocused, in among the cars across the oil-slicked pavement, desperate and gorgeous, up and down the tangle of expressway ramps by the Macombs Dam Bridge upon the southernmost concrete rind of the Bronx… You shook your head and landed back at Kingsley Street and Asbury Avenue, where Tillie grimaced down at you and seemed to shake his head. Something in that picture of yourself made you sense it: New York would kill you, somehow. No, you’d stay here for now.

Then Lucan saw you one night, summoned you and scooped you up, plucked you out of Damian’s, installed you in his own house, and no one ever messed with you again. Then you rode high: you travelled round town in Lucan’s car, had respect and more money than you’d ever had. Throughout that first month with him were warm thunderstorms and muggy heat, and every clap of thunder announced your arrival here as someone whom the others had to know and take account of, whose power, crime and glamour stood plain, written high across the sky. They were avid to explore you and the trouble in your eyes. The beauty you’d exploited as a whore was now legitimised by Lucan, growing legendary beside him, as the girls watched in envy. God you looked fantastic! The downtrodden past was gone, and wide countryside opened up, lit in flashes on the summer sky across which you fluttered like a little black metallic butterfly.

How your life then accelerated. Lucan and Angel—untouchable power and untouchable glamour. What a legend! Oh, that Dark Summer, soaked in Ecstasy and petrol fumes, semen and sweat, while the music pumped relentless through the warmth of the air around the corners of the buildings and the flashbulbs popped—till the alcoholic glamour of the white and yellow lights streaking by you through the night swerved down into red-shift and gorgeous splintered-metal smells of sex-drenched death…

One day you heard with glad surprise that Evelyn had gone straight and was staying straight—drove a van now for some high-end company or something. A real job. You don’t see her much, but when you meet you both say “Hey bitch” and hug and think of Kingsley Street, then slide away again along your own separate rails. Sometimes she comes to Downstairs with friends, gets drunk and is hilarious at the bar. Lucan isn’t close with her but knows of her and trusts her, so you’re free then to join her and you have a lot of fun; but you’re always in groups of people, so you never get to talk to her in private any more.

You’re tough as nails of tungsten and the bravest of them all. You’ve always jumped the ship’s plank first, while the crew goggled safely down at water that you alone would brave—green, sticky, glowing water, pregnant with tentacles and eyeless-headed long necks of algae-smeared flesh, with curling mist and bubbles gulping up from the deep. Every day you’re down there, and every night you climb back alone to the pirate ship, unsung … but I shall make you one of my chosen four, I promise, Angel, so I at least shall sing you, to the camera! 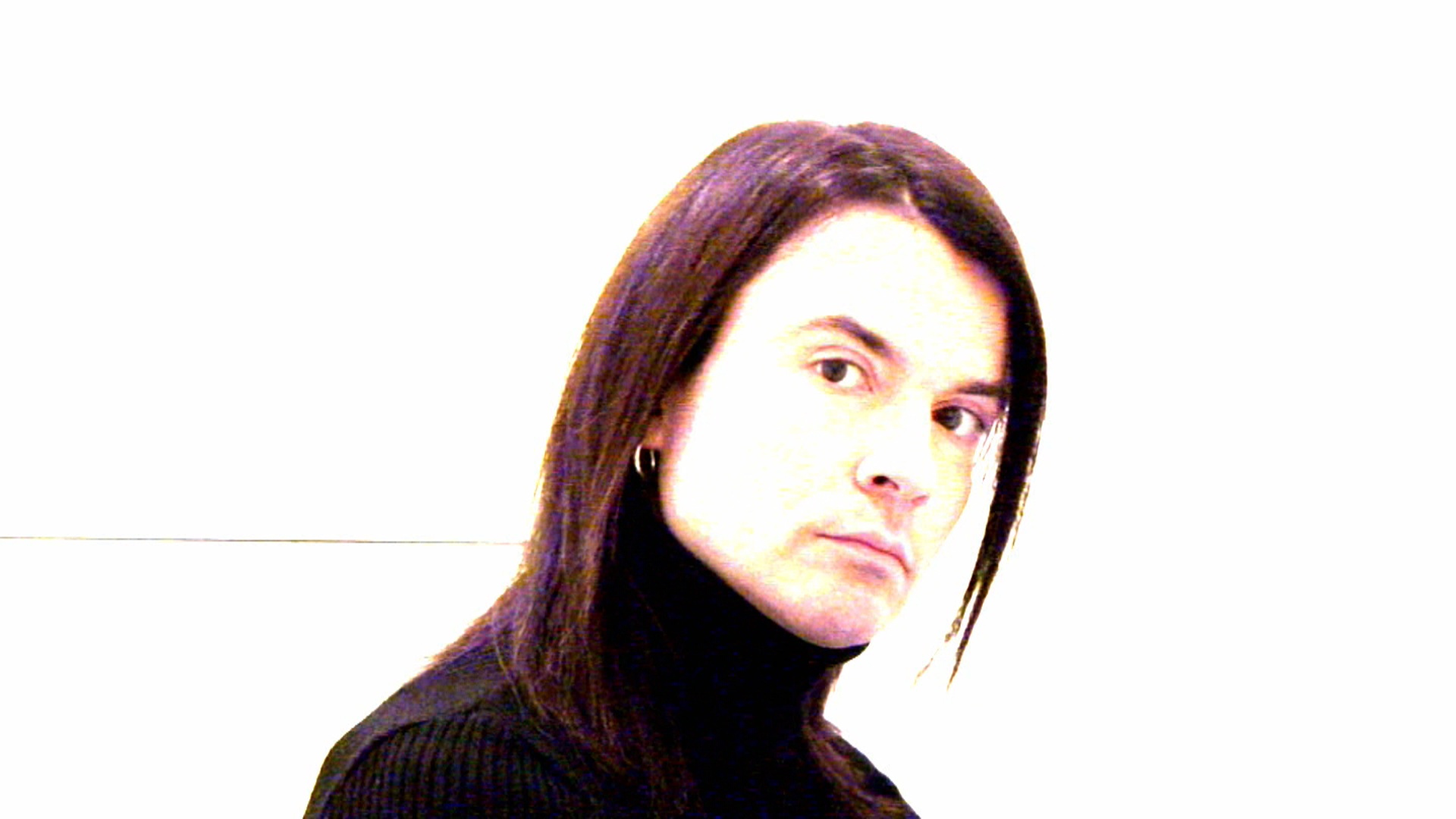 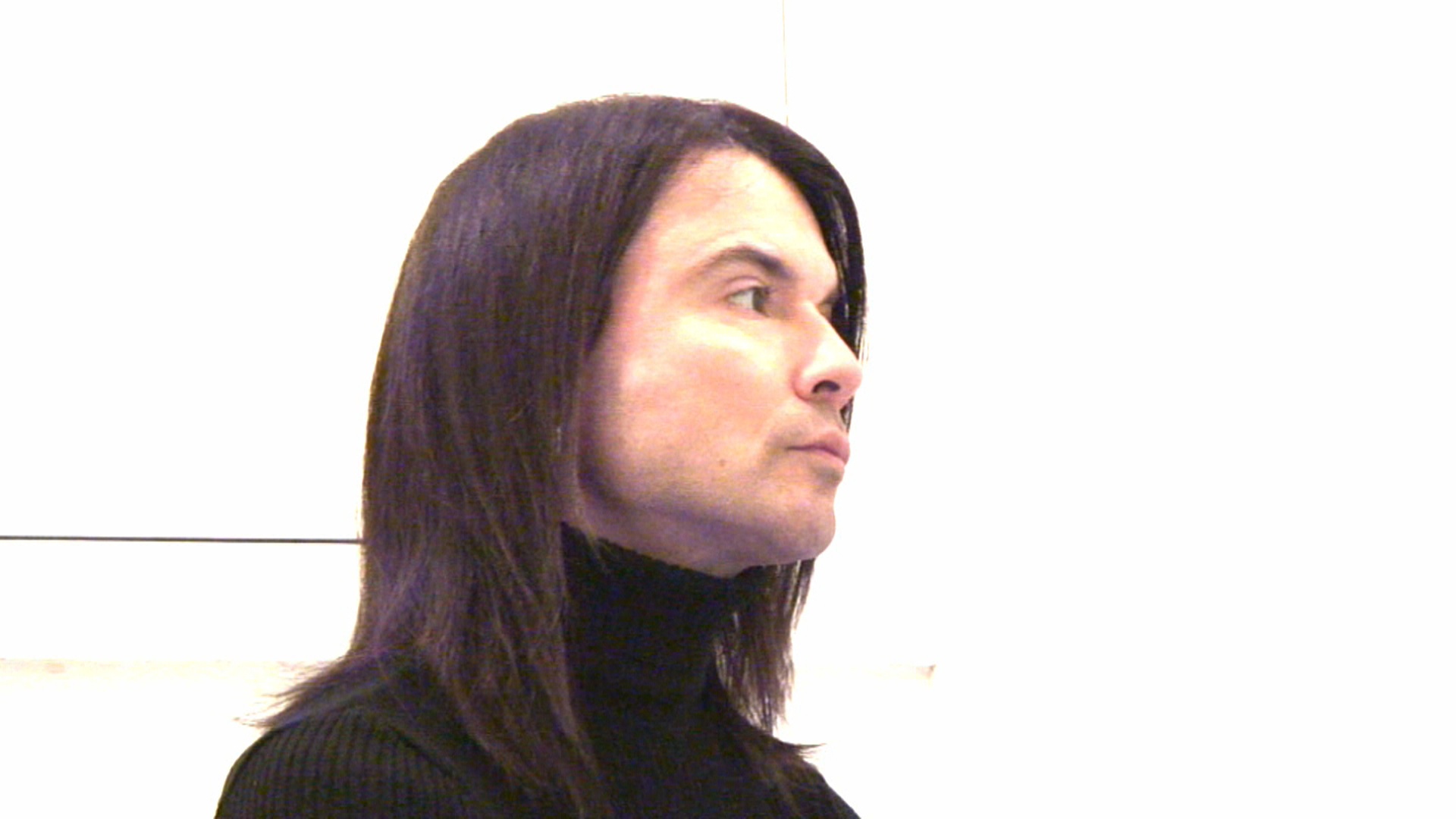 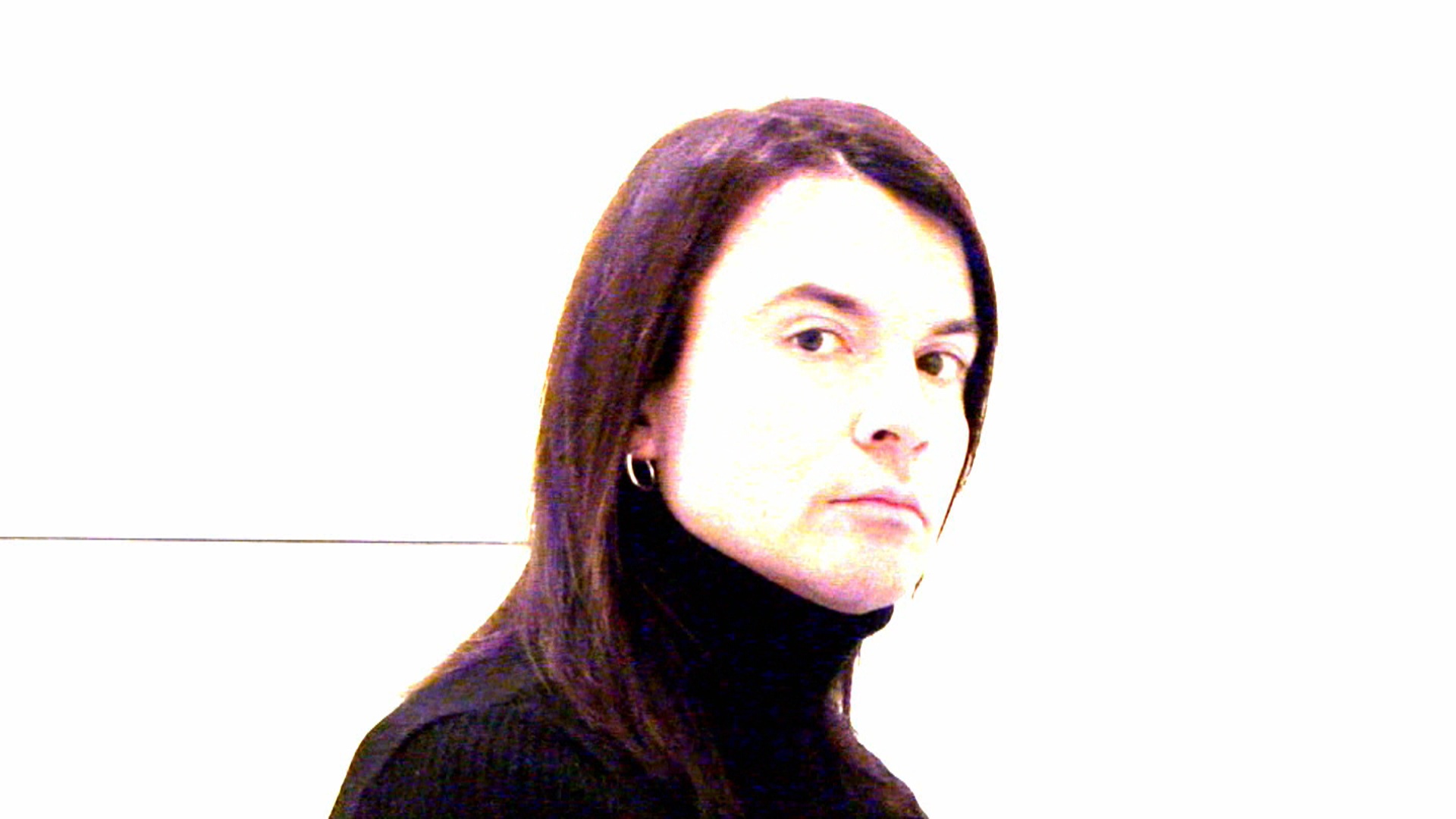 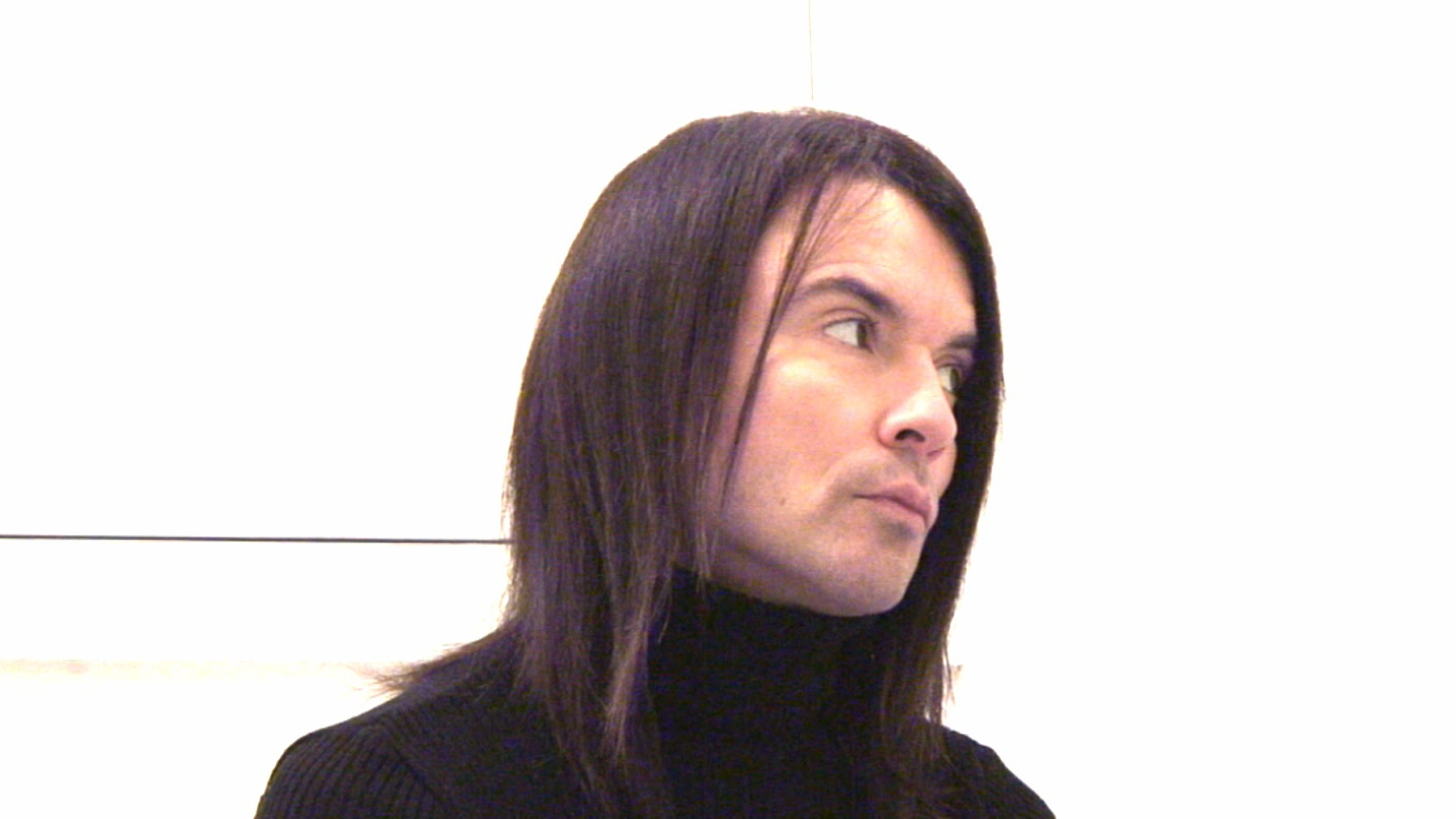 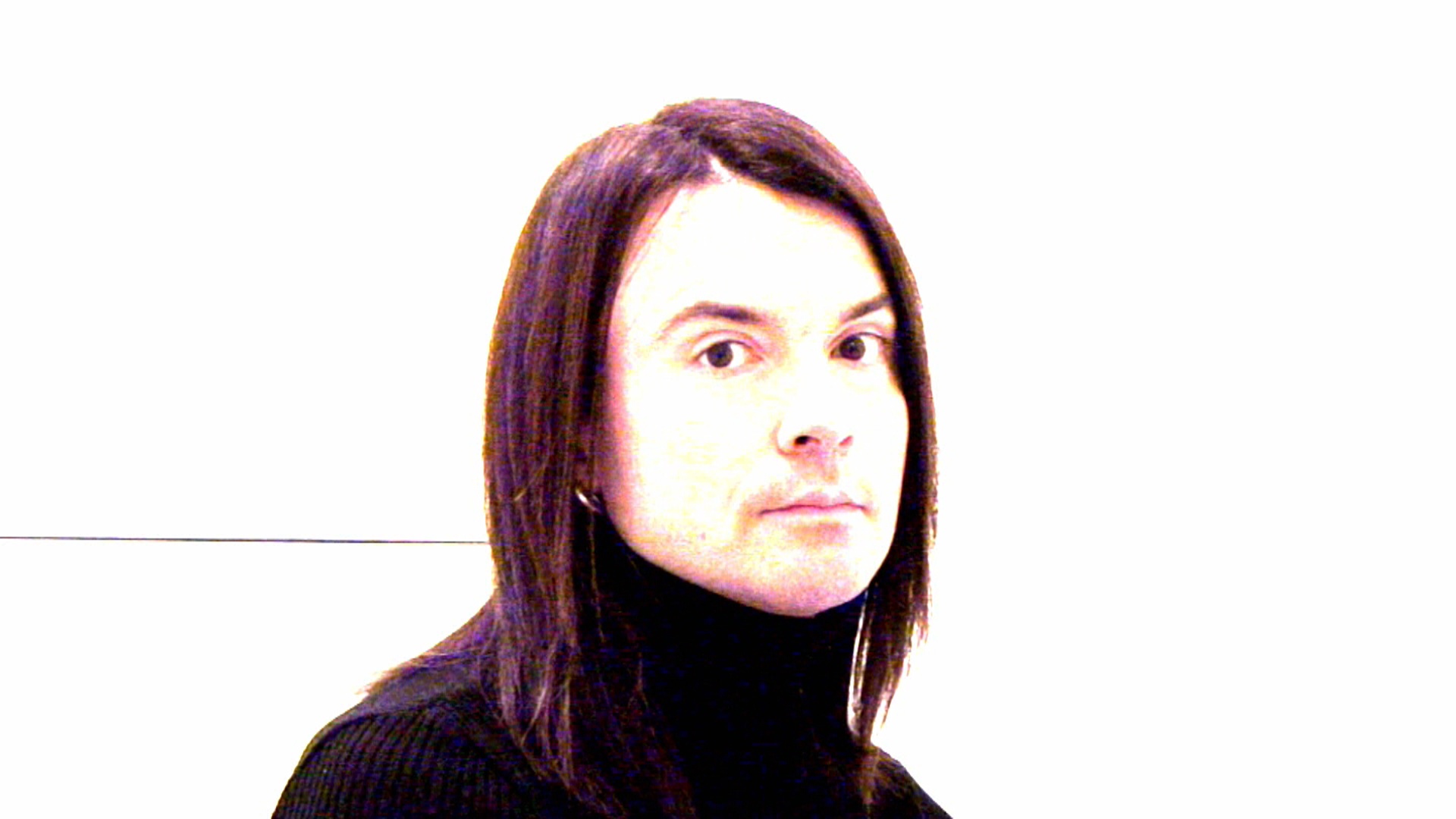 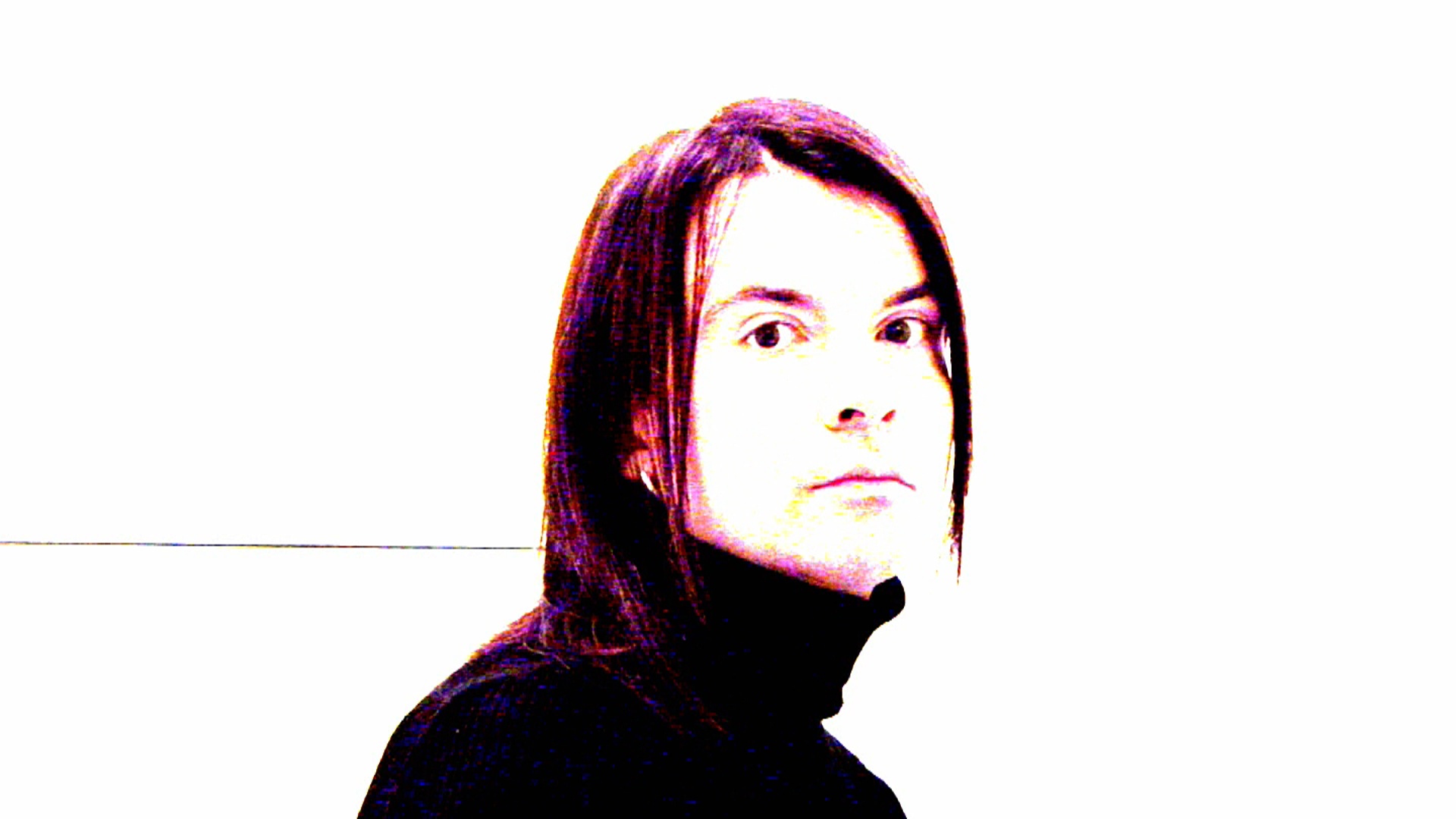 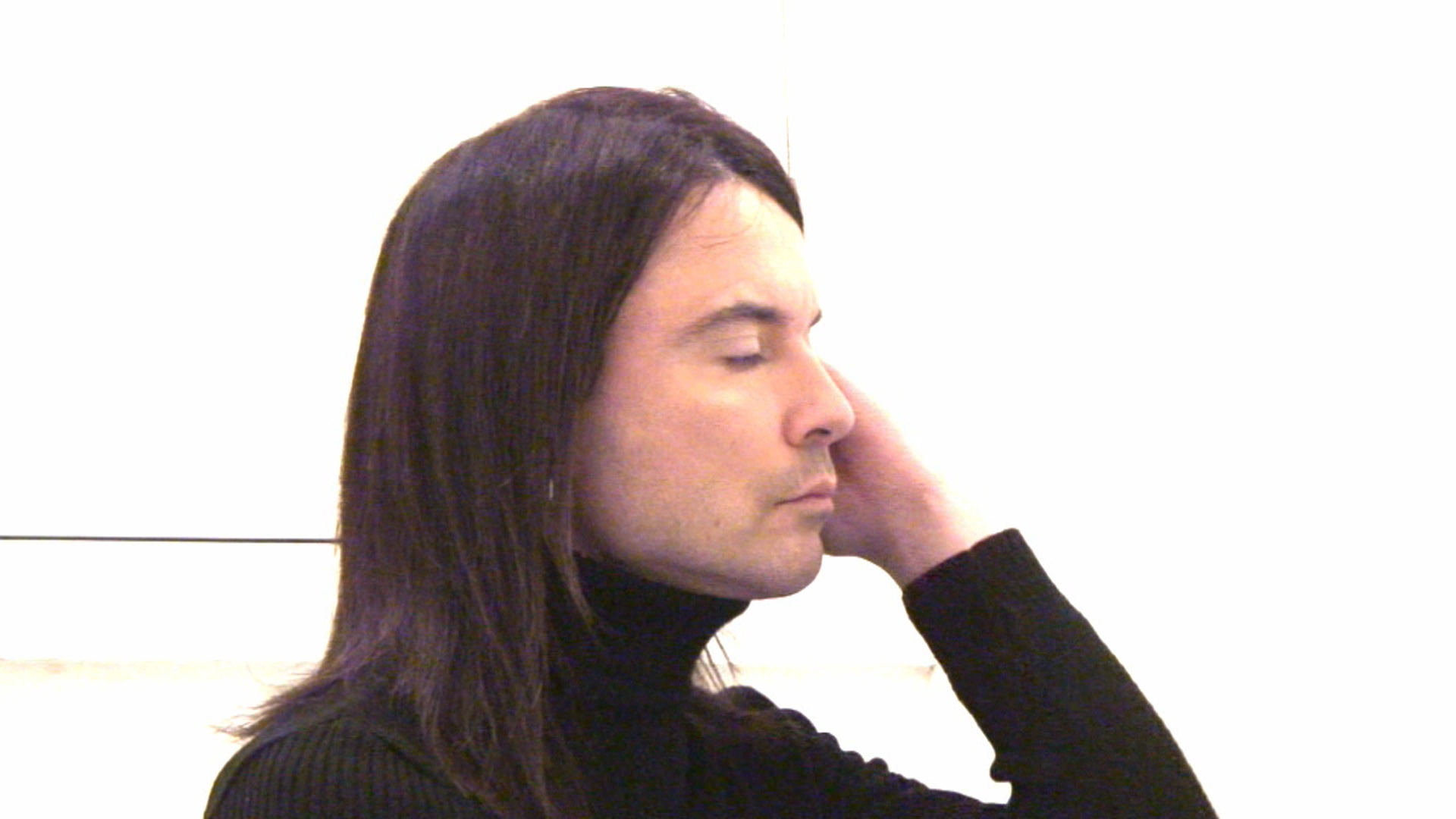 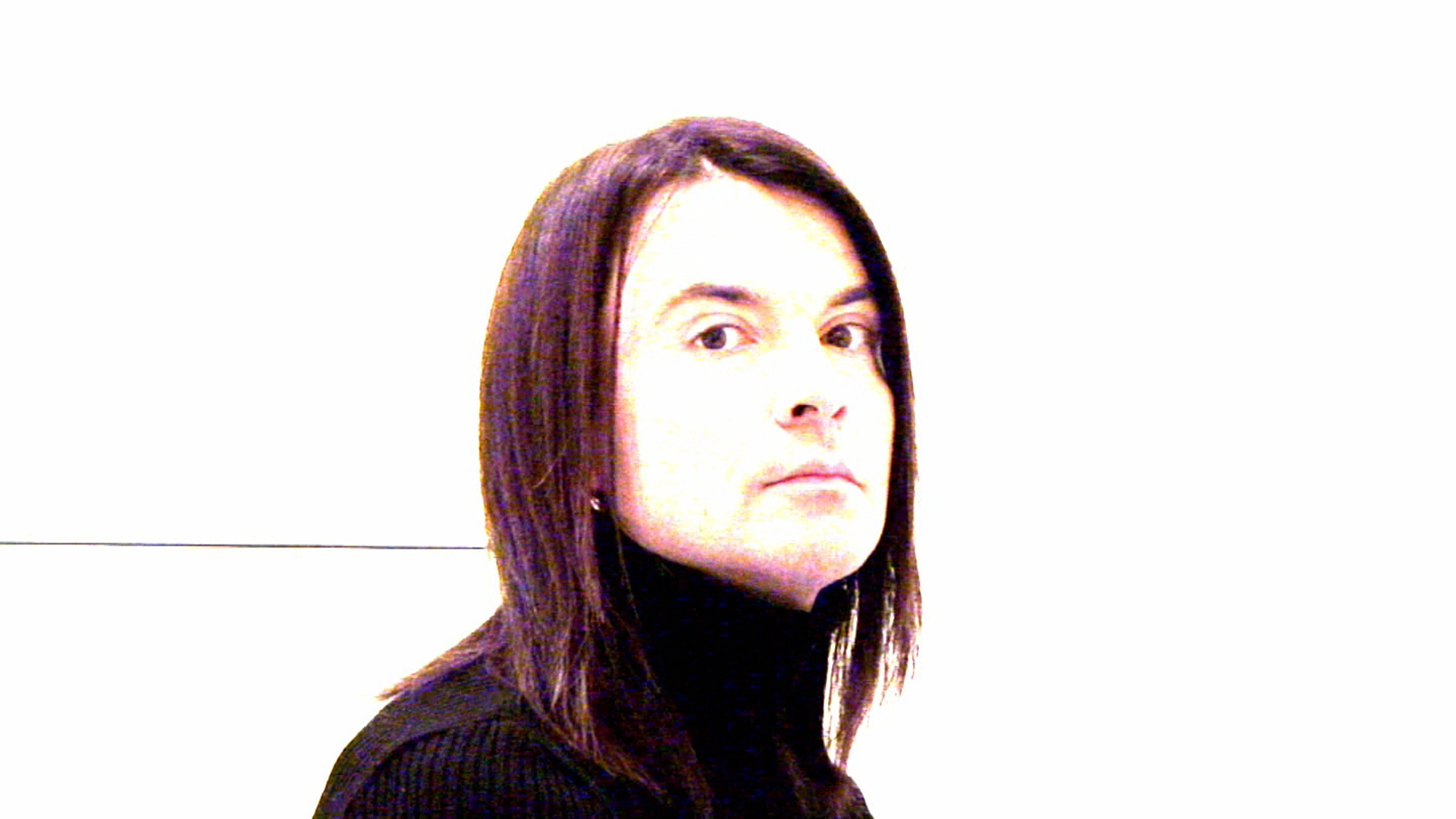 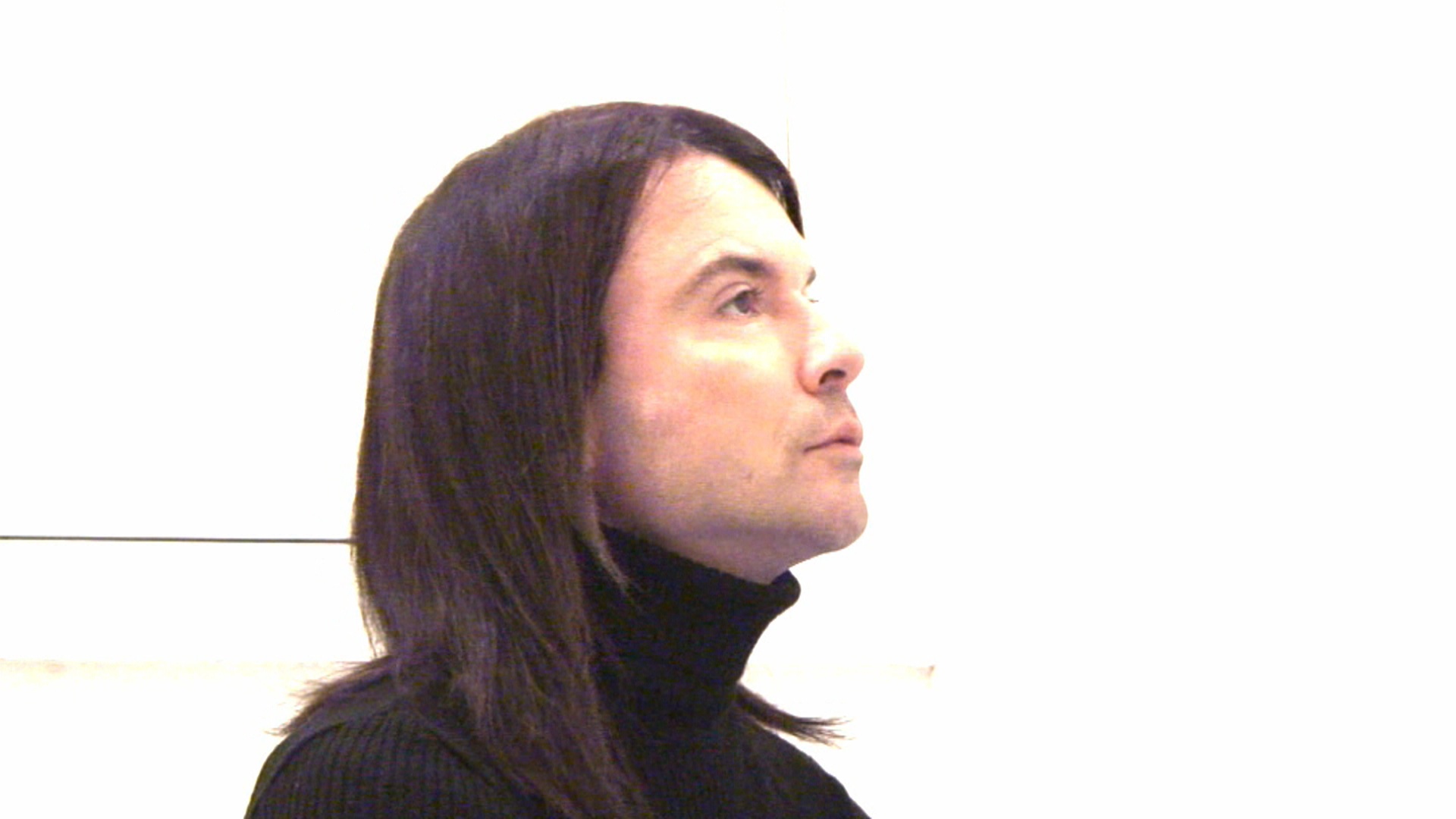 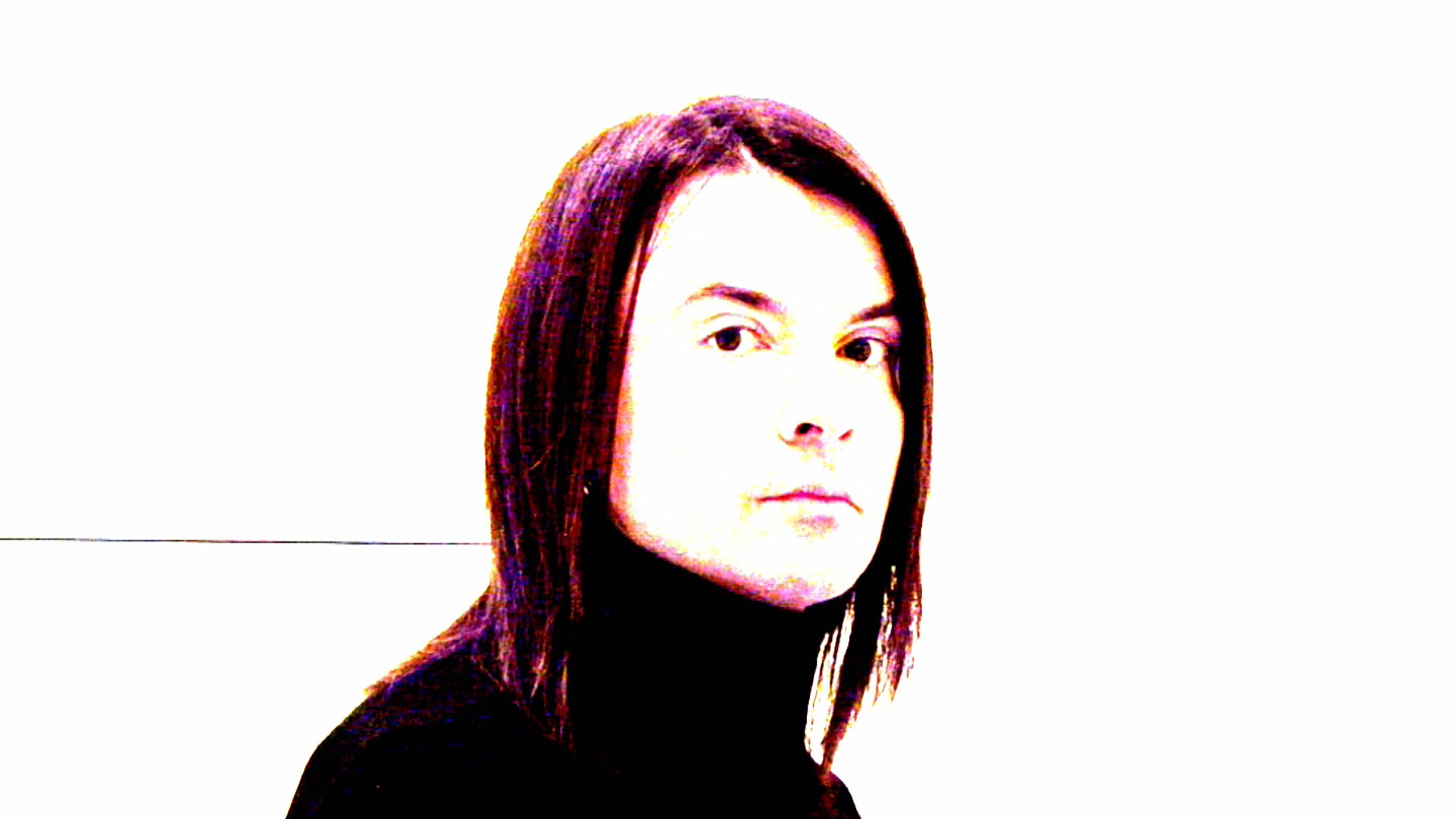 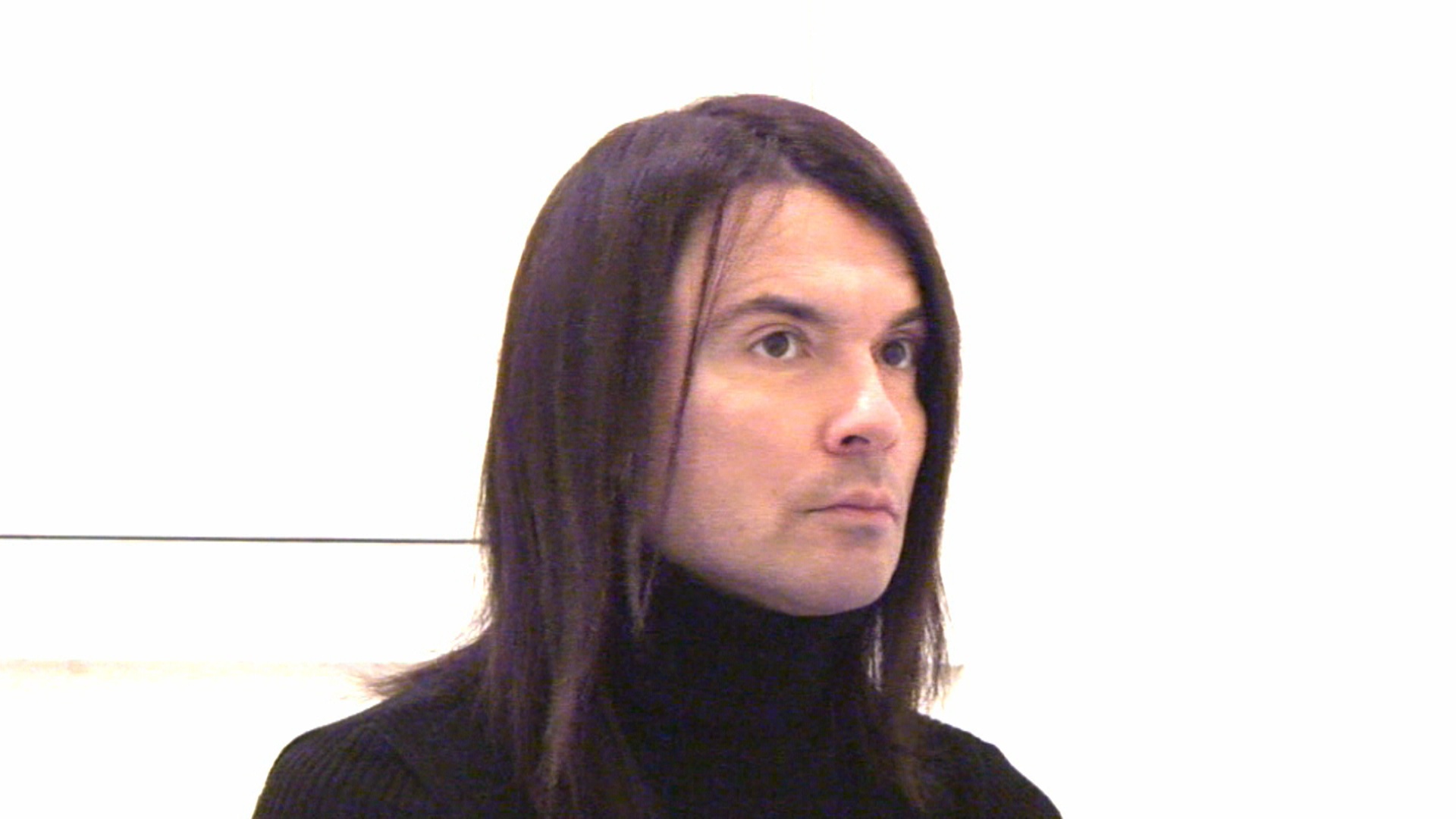 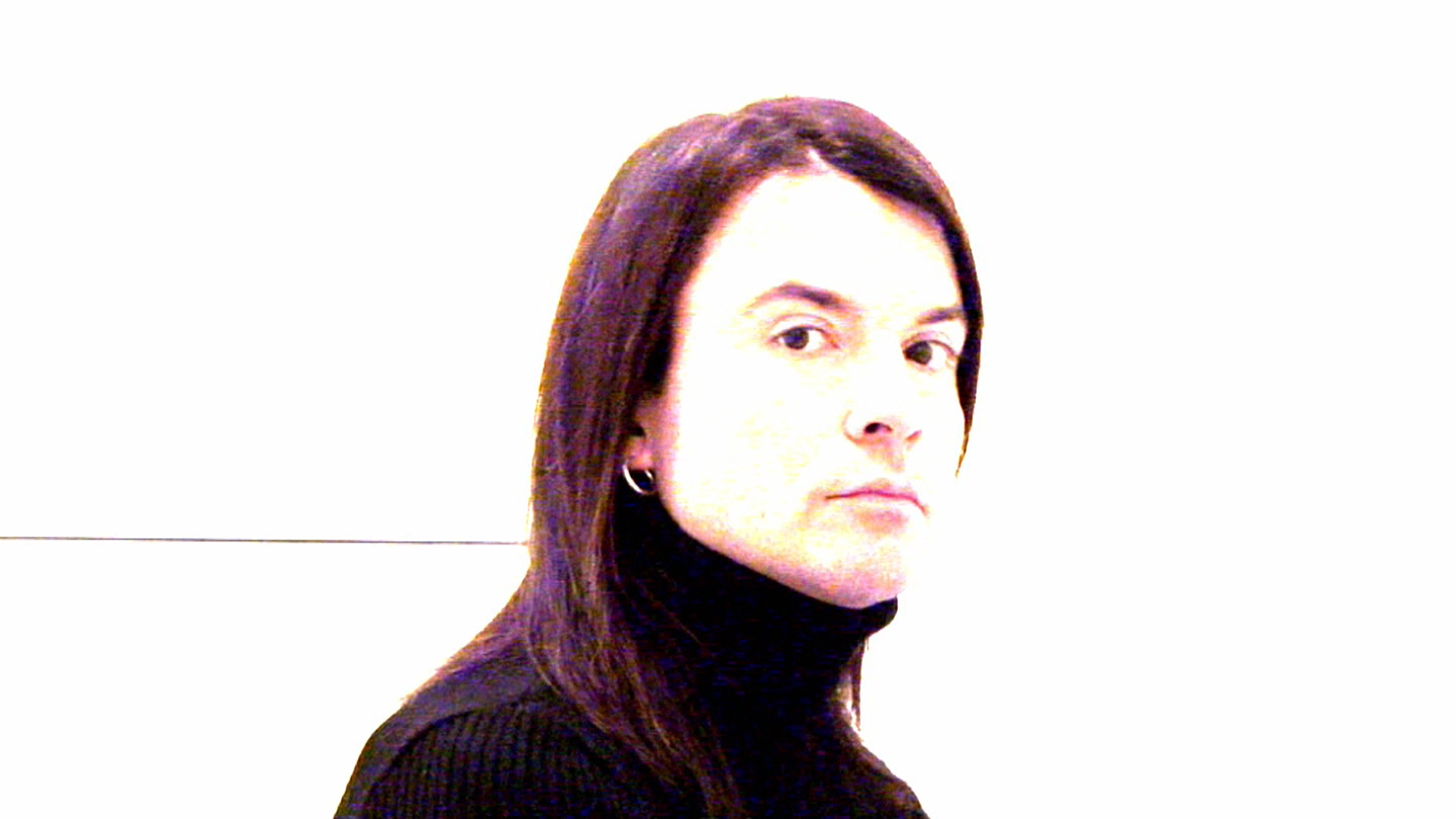 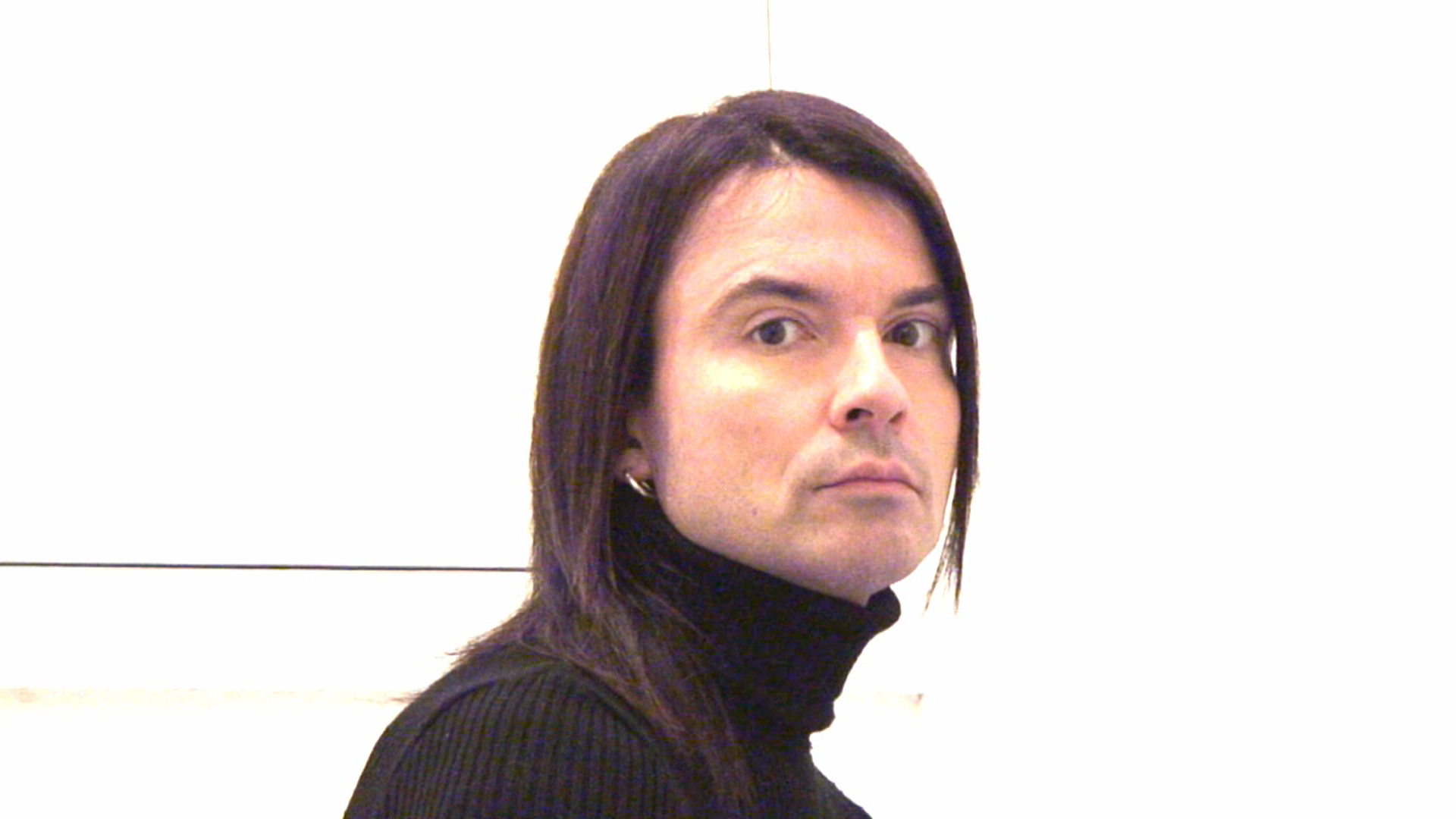 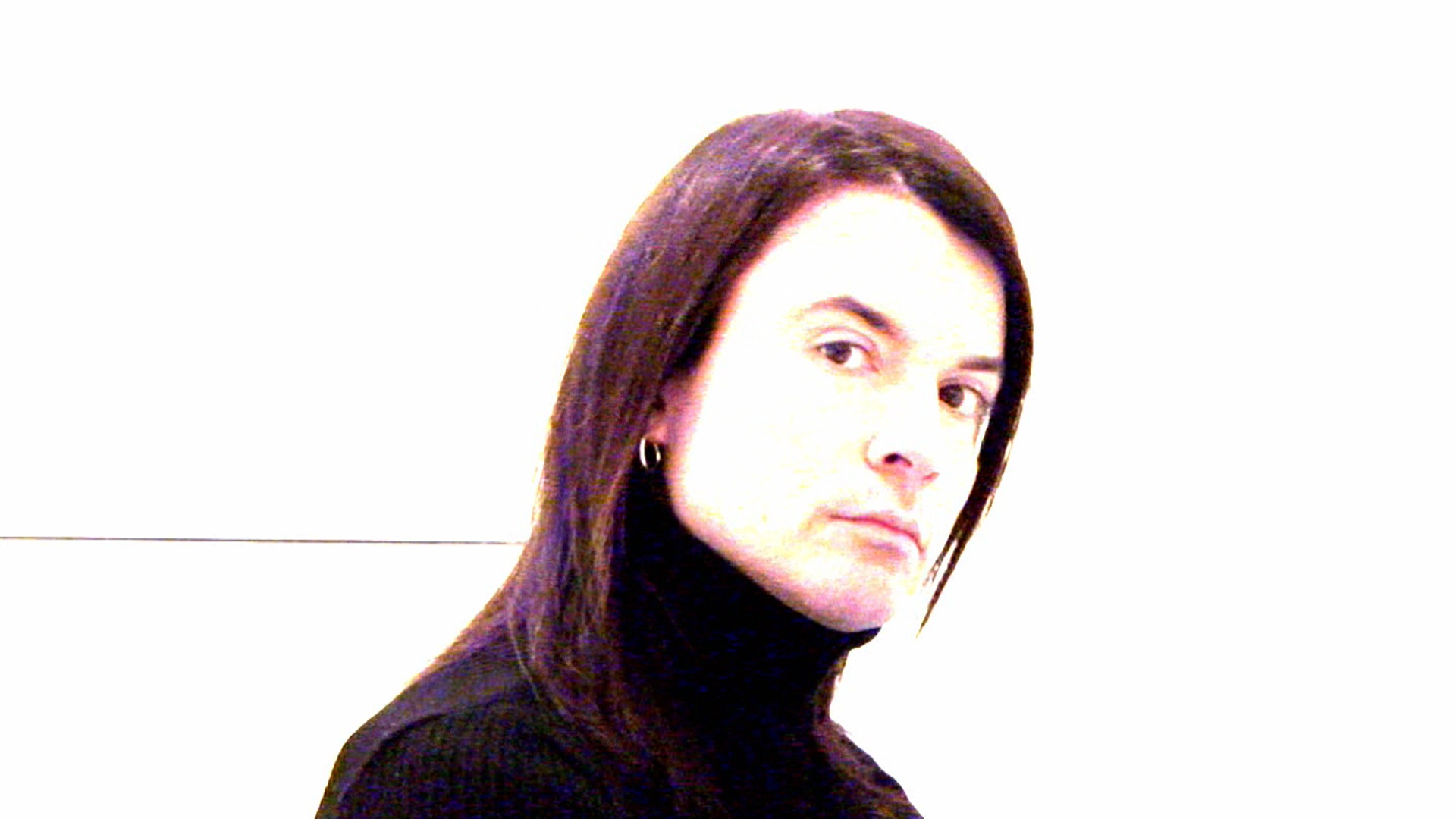 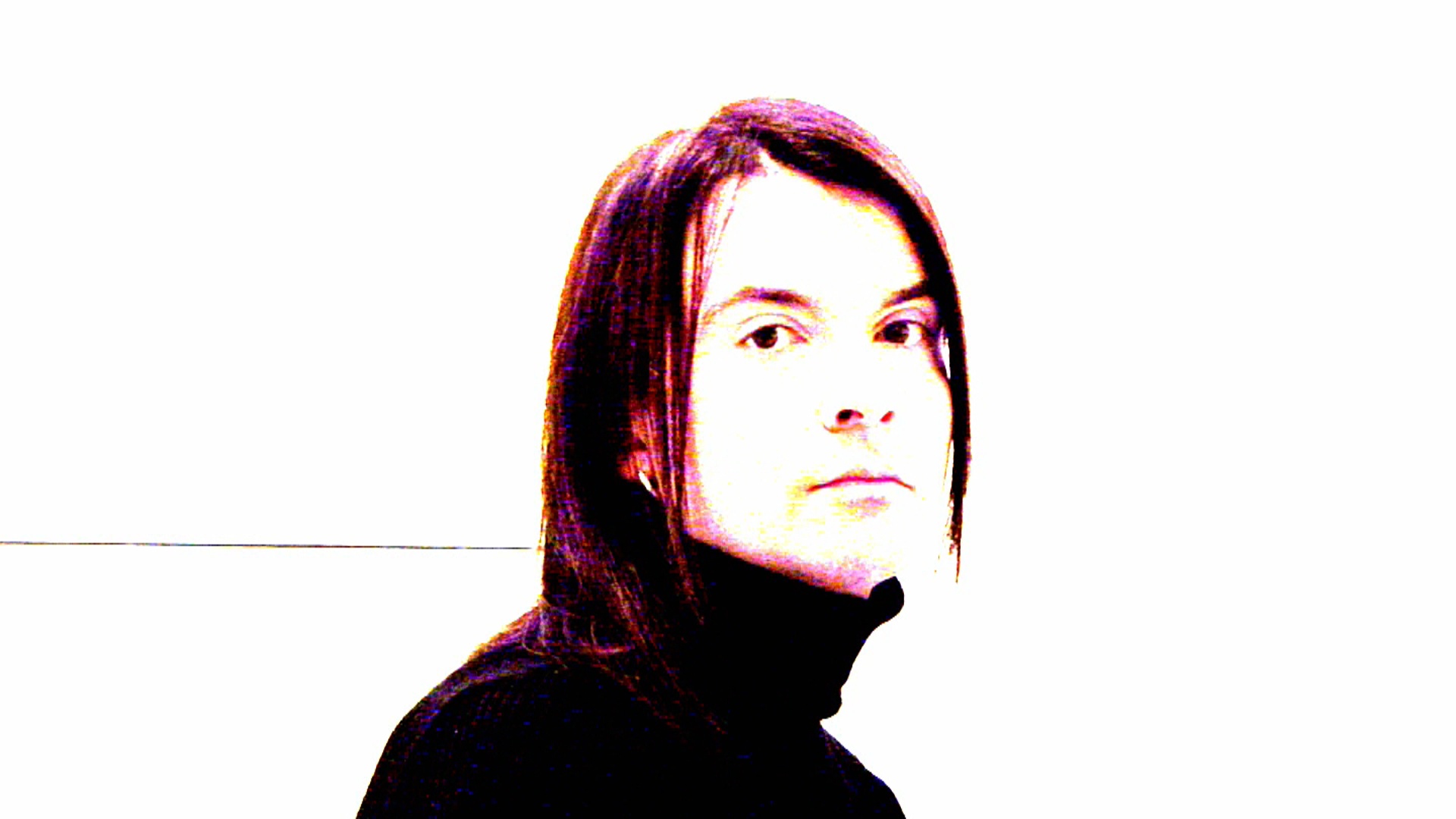 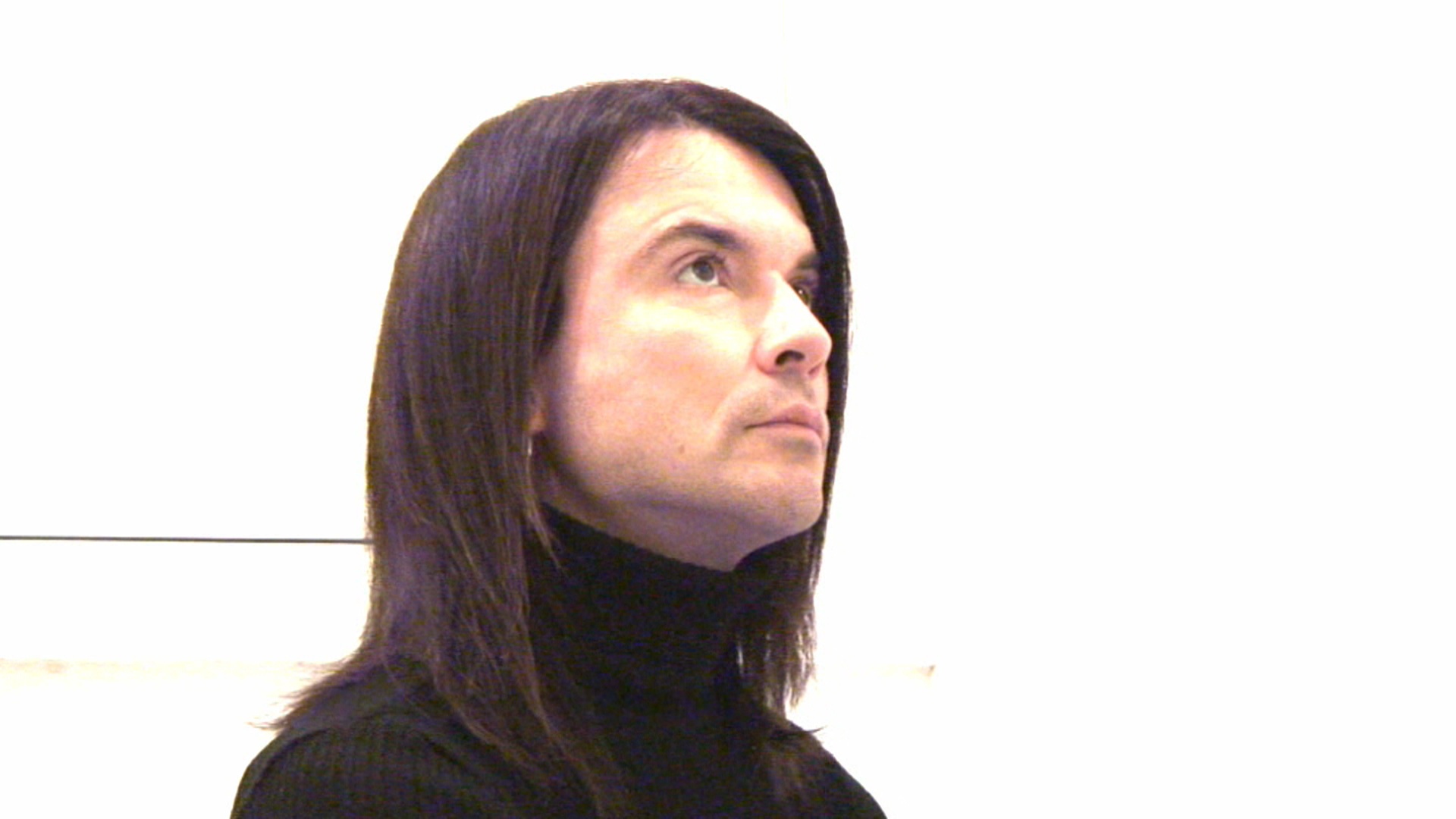 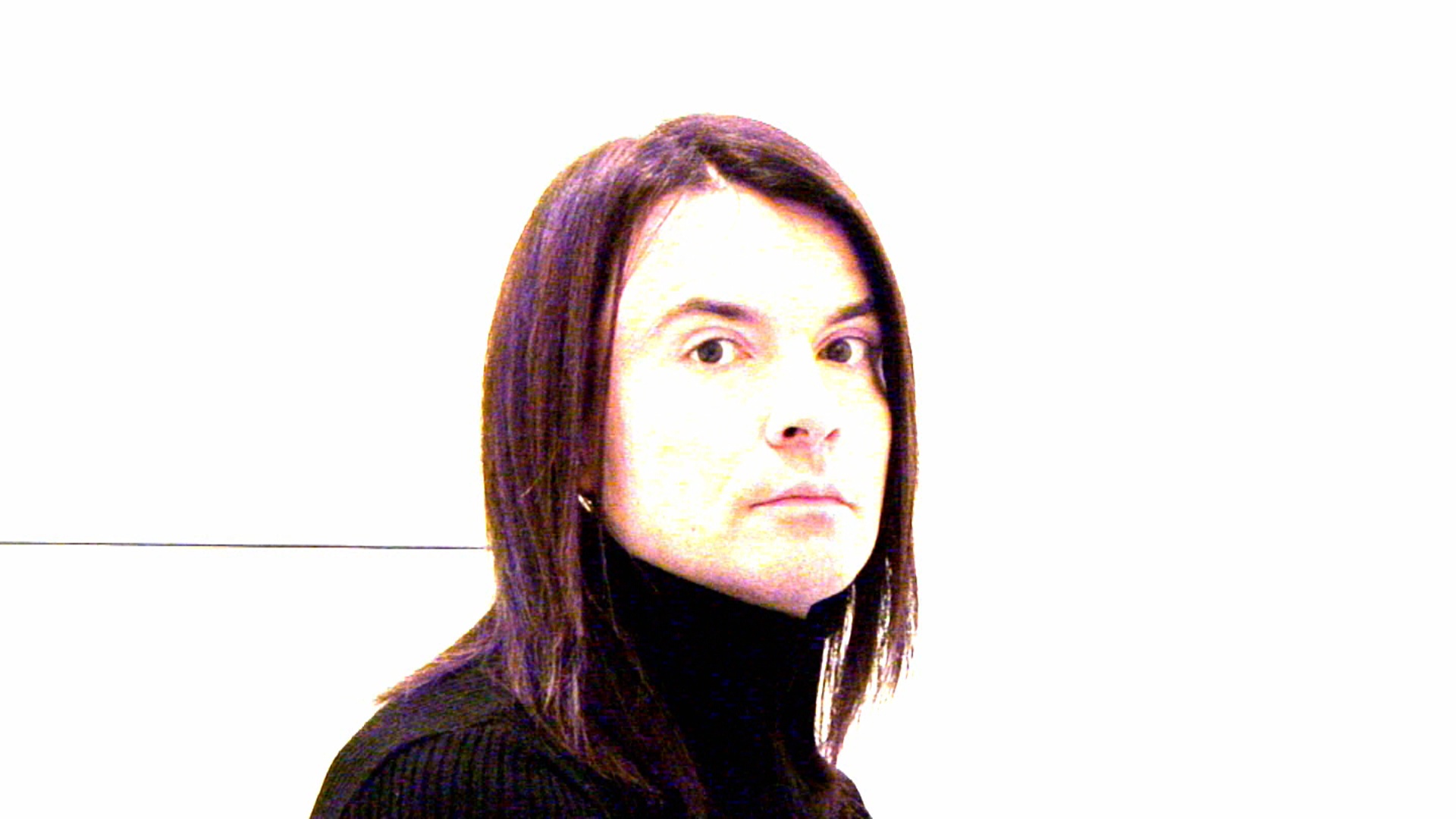 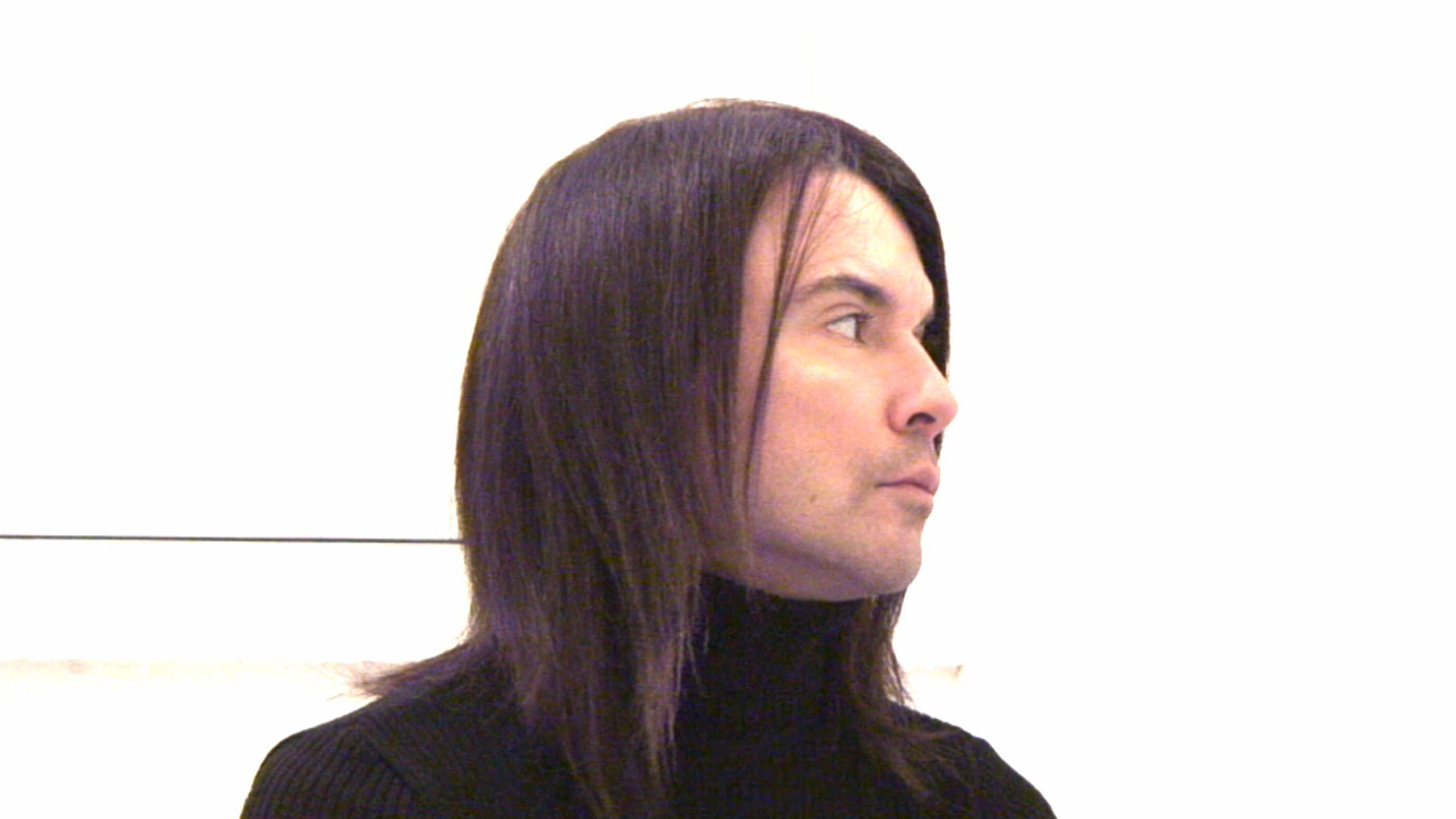 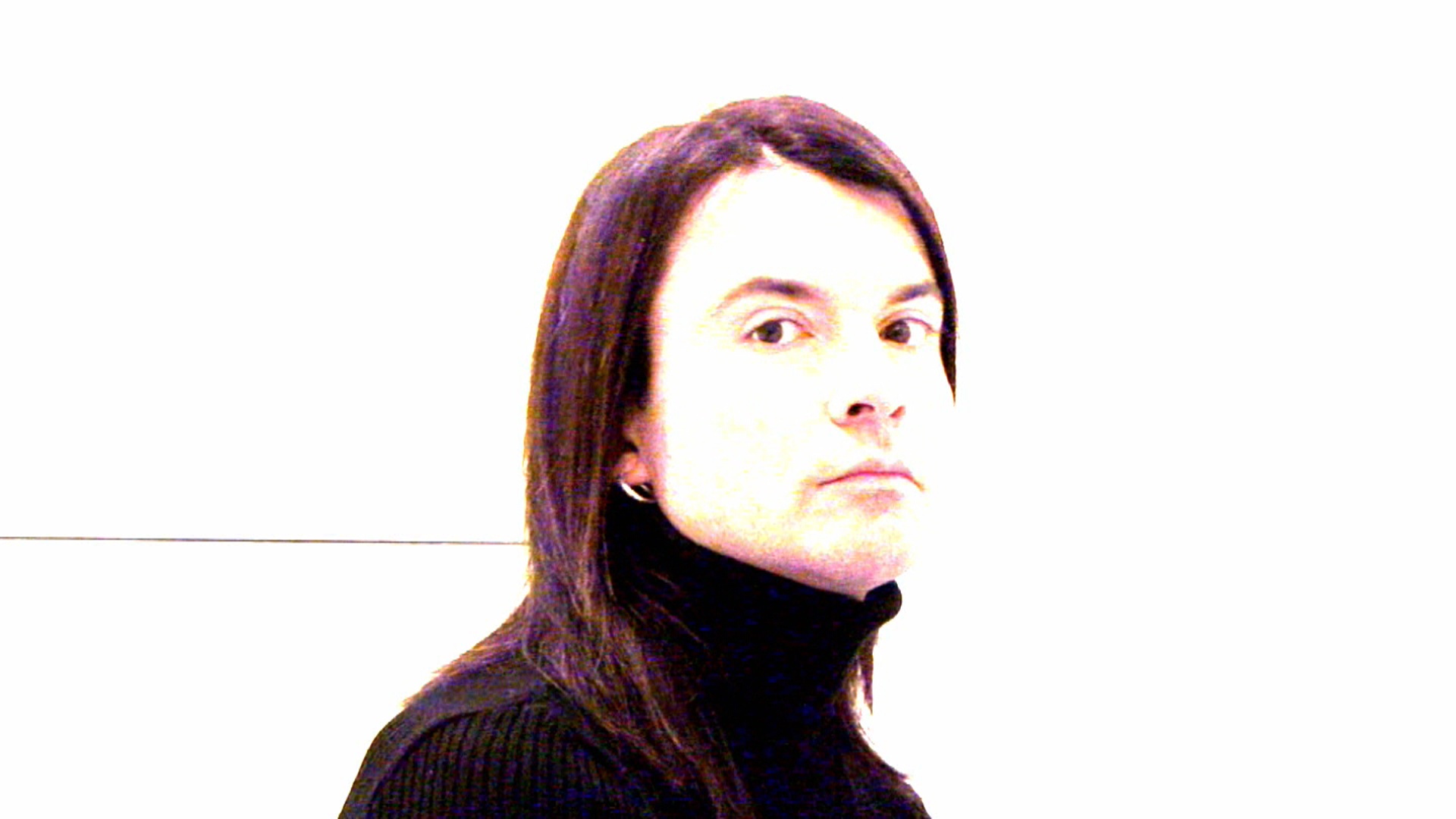