(6) Spin City. As a party-goer bumping into Michael J. Fox, in the episode “There’s Something About Heidi” of the TV show Spin City.

This is me giving a hard time to Fox’s character, for whom this was one of those cussedly uncooperative days, when every little step of the day insisted on slapping him around for no reason: even just the task of passing a stranger in a doorway seemed intent upon turning into some kind of bitchy struggle. To prepare for the performance or our brief conflict about the opening of a door, I put myself through a session of “emotional hinge work” beforehand… In an unrelated moment, later in the episode, a paparazzo snaps a photo that appears to show Fox’s character kissing supermodel Heidi Klum’s bottom.

His character was part of a fictionalised version of the New York City Mayor’s office. This fiction was innocent compared with reality while the show was airing, when the real Mayor was Rudolph Giuliani, whose legacy includes the Disney-fication of the Times Square area’s multifarious organic seediness into something more characterless and inorganic and lamentably family-friendly. IMDb listing here and Wikipedia page here. (16”)
(See video here.) 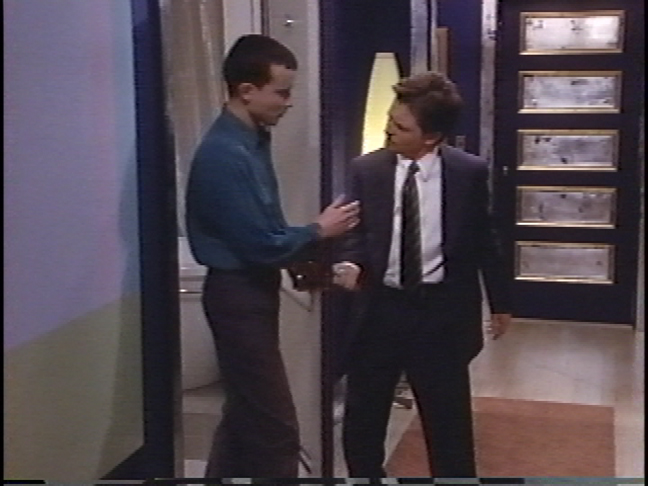