Another slice of The Platinum Raven in indieberlin…

The cutting-edge Berlin-based magazine indieberlin has kindly published a second slice of The Platinum Raven, from chapter 12 “The pug among the struts, in the pale blue strait-jacket”:

In last week’s slice, we met Scorpio. This week, we meet two others in that nightclub tower of shadow, up there in the mountains of Dubai: (1) Amber, who is the continuation of Rutger Hauer’s lethal character in The Hitcher after those cameras had stopped capturing all that sexy evil in the desert; and (2) the Platinum Raven herself, the kind of Icon of Platinum Perfection whose back-story is never known. As for me, I thought perhaps I’d stay behind the billows with my breasts pointing upward and my groin pushed out, with my right hand skyward and my left hand on my hip, eyes wide in the silver staring softly through the mirror mist unblinking (if that’s fine with you?). —There again: the thunder on the left. Did you hear it?…

For more of all three characters (as well as the Chocolate Raven, plus the original Raven who started it all), there are many snippets from the novella, both as text and as video, here.

Reviews and interviews for The Platinum Raven are here. Its synopsis is here, and three longer tasters from it are here.

And for a mere snip, you can pick it up in paperback or as an ebook, from most retailers, via the links here and here. 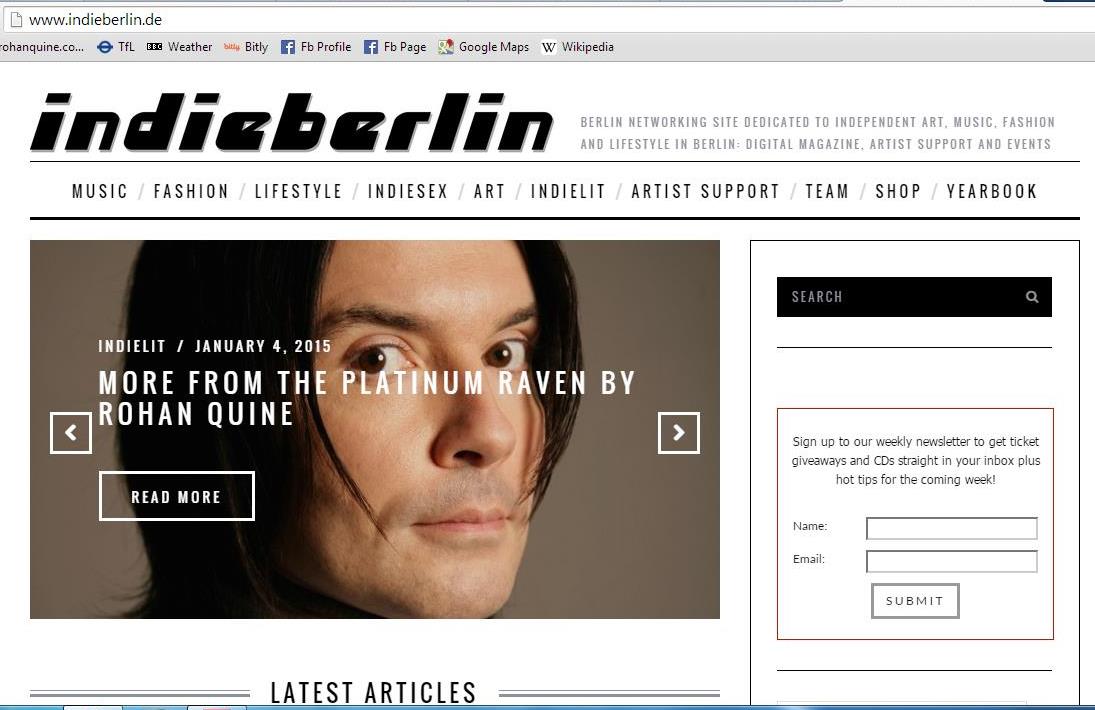 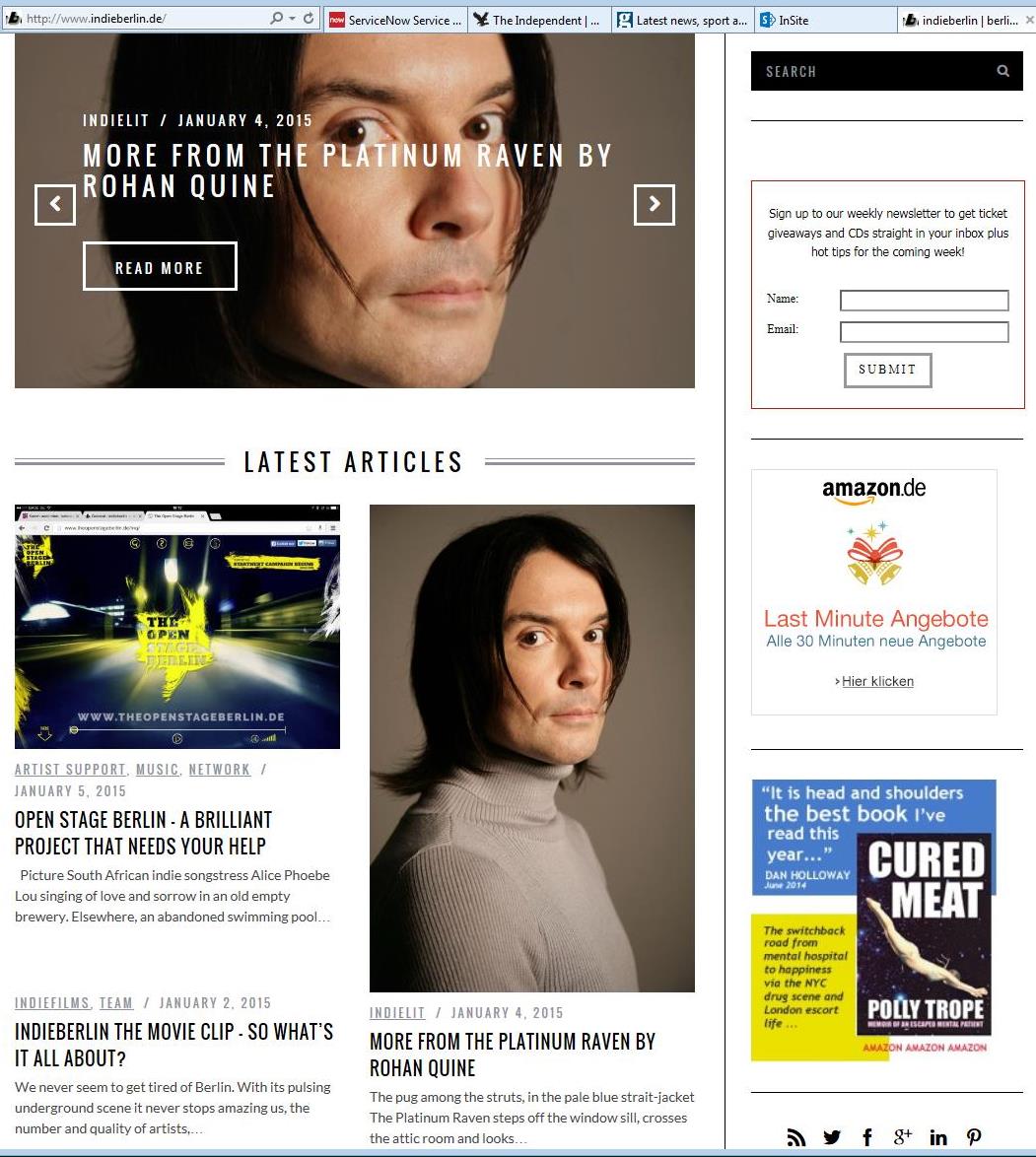 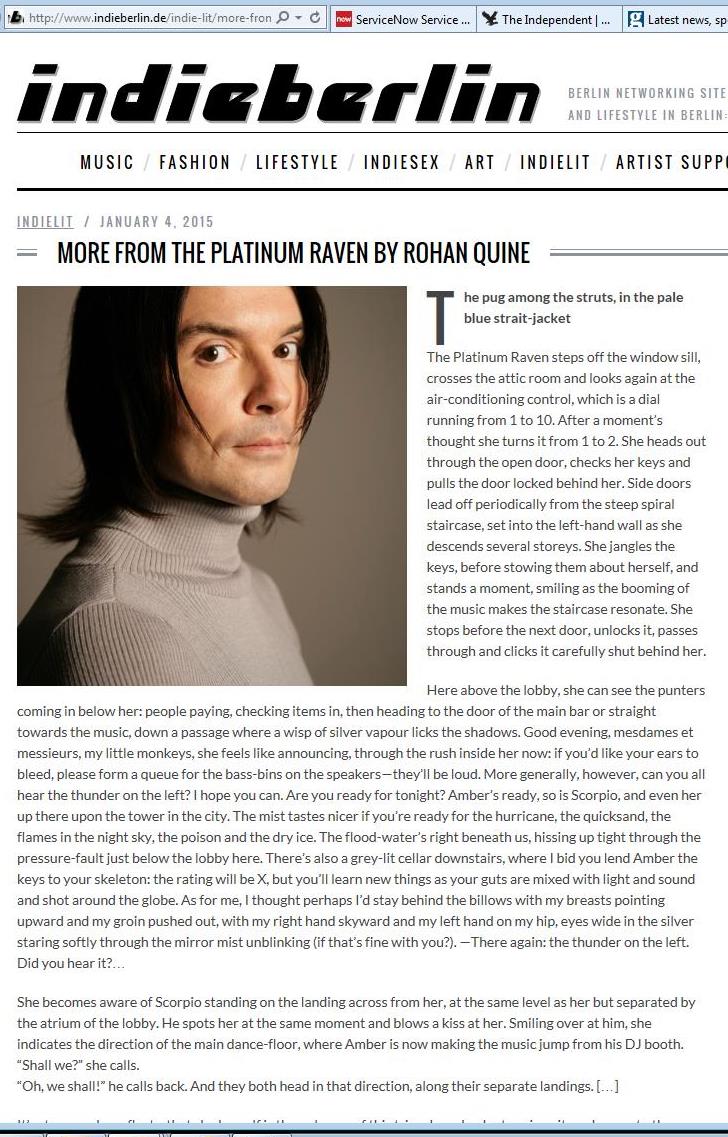 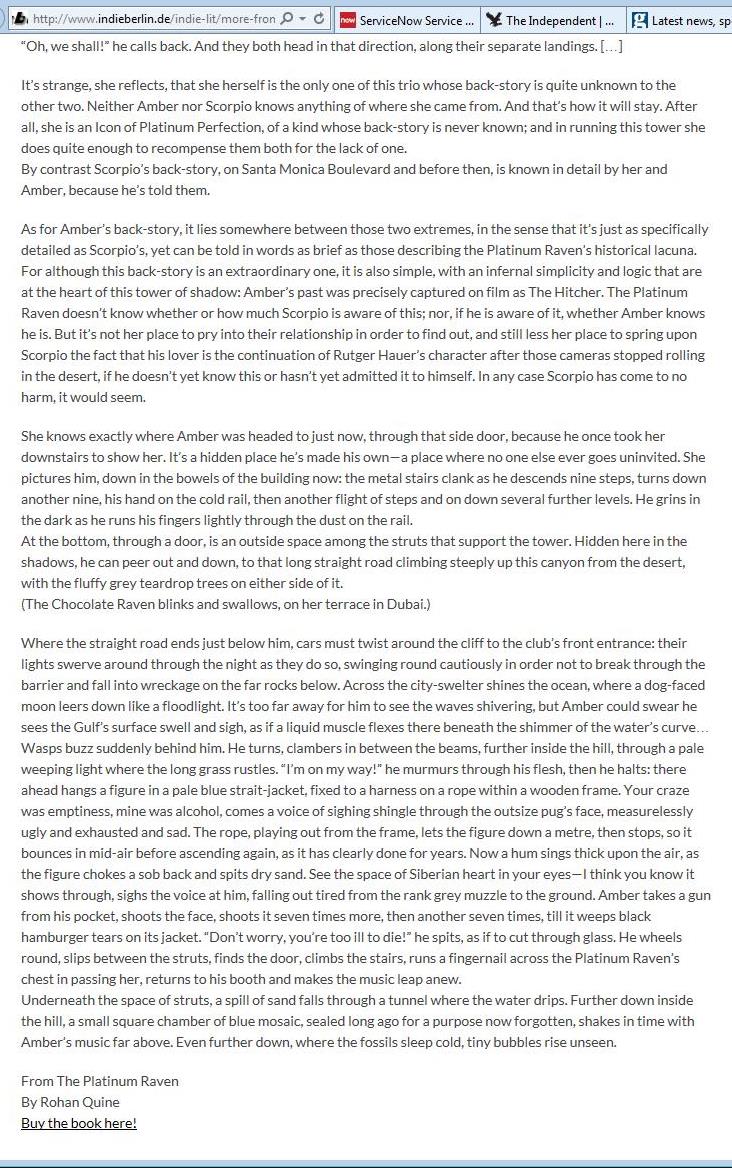 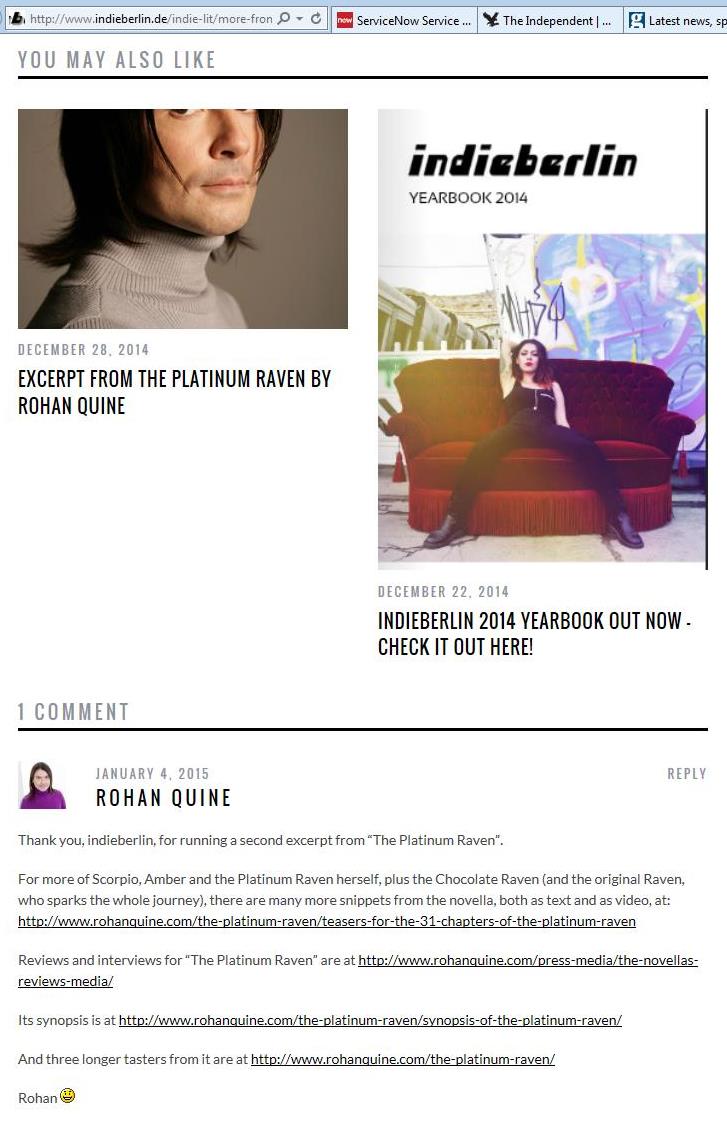