The Platinum Raven appears in indieberlin…

My thanks to that publication of underground Berlin cool, indieberlin, for publishing a slice of my novella The Platinum Raven.

This is Scorpio’s experience of working as a transgender prostitute on Santa Monica Boulevard in Hollywood, aquiver and alone again and hurting with the rawness of a squirt of flesh and nerves among the concrete and steel and the plastic and the gasoline that threatened and addicted him:

Yes, there’s something Christmassy for all the family, in The Platinum Raven.

For more of my little Scorpio, there are many snippets from the novella, both as text and as video, at https://www.rohanquine.com/the-platinum-raven/teasers-for-the-31-chapters-of-the-platinum-raven

In The Platinum Raven, Scorpio is a dancer in that nightclub tower of shadow, up there in the Hajar Mountains beyond the desert sands of Dubai.

In the same or other lives, he also happens to be the character named Scorpio in Apricot Eyes, as well as being the character named Angel Deon in Hallucination in Hong Kong and in The Imagination Thief and (in a different way) in The Host in the Attic.

Reviews of The Platinum Raven are here. And for a mere snip, you can pick it up in paperback or as an ebook, from most retailers, via the links here and here. 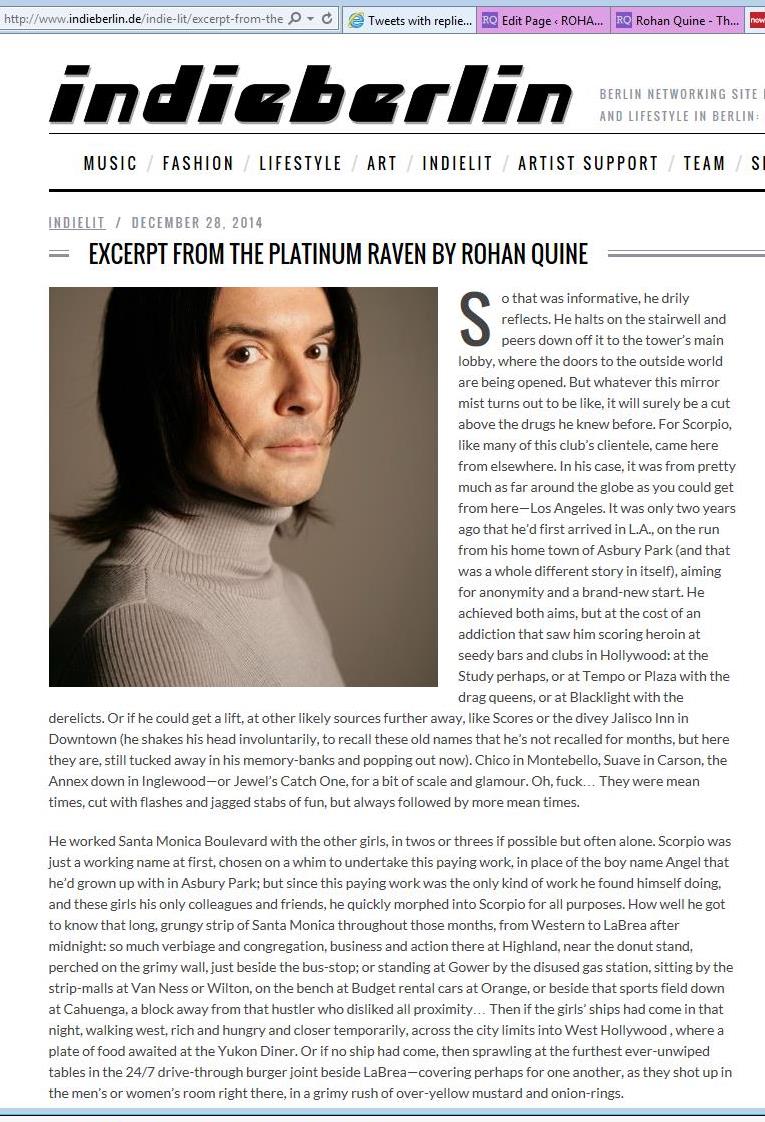 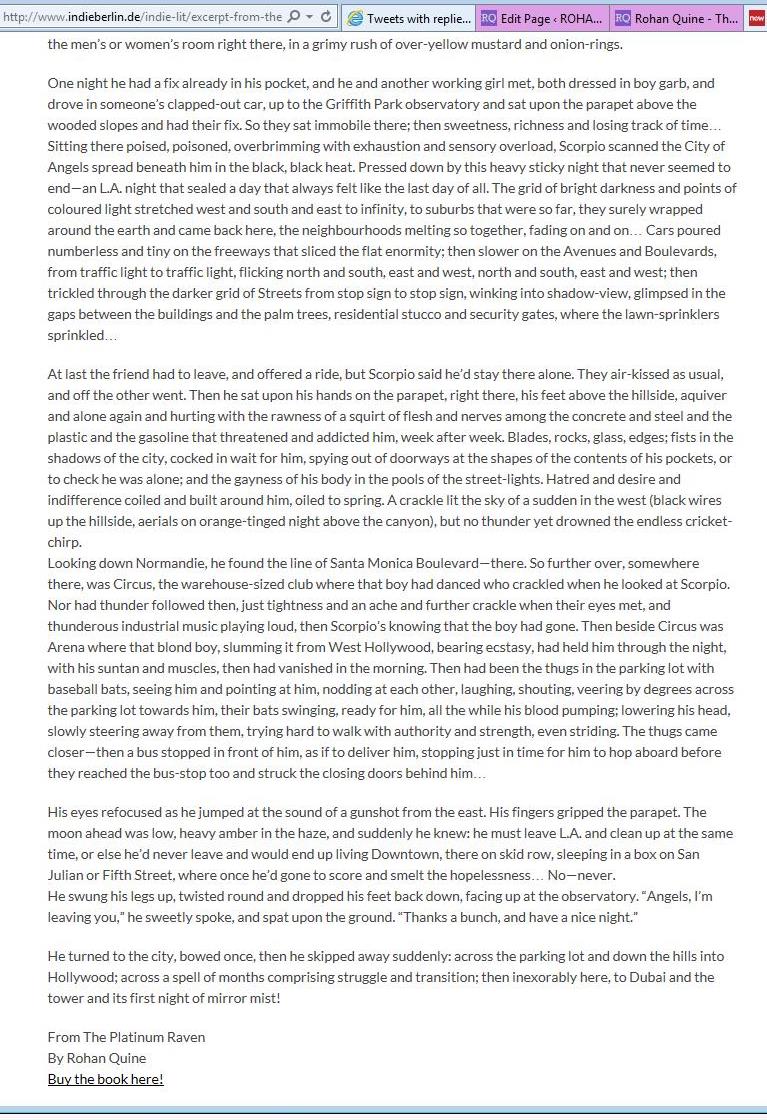 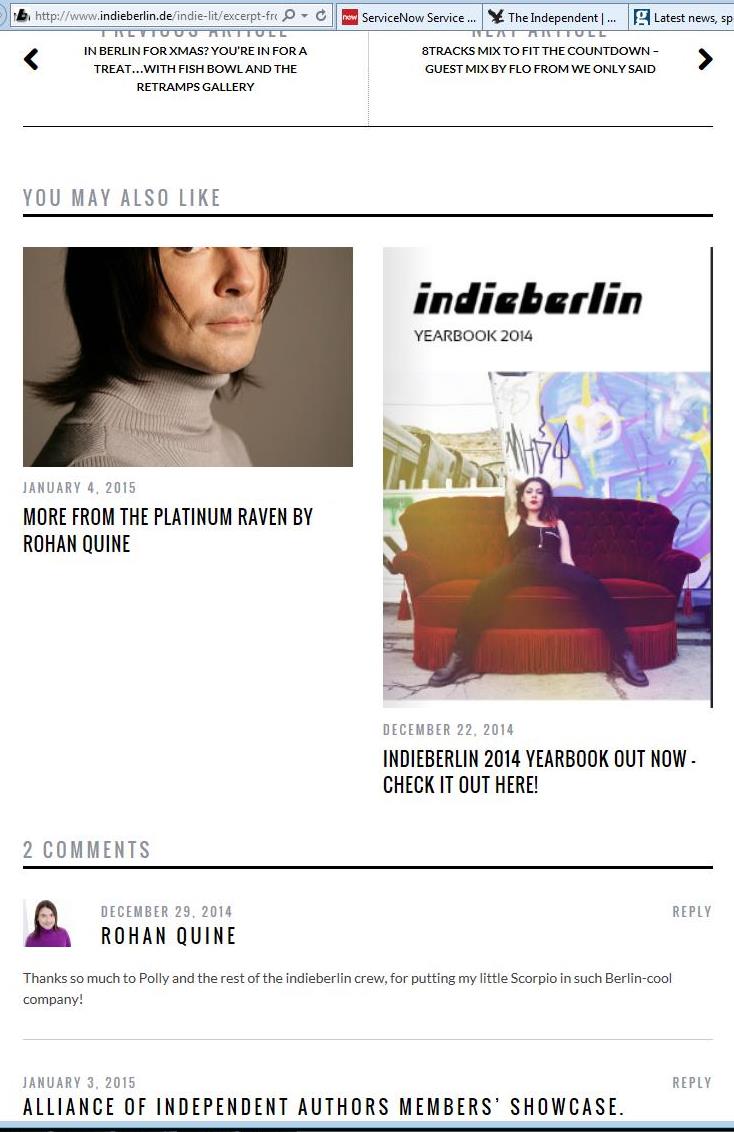