Reality 7 & 5. Nearing Manhattan on the Long Island Rail Road, shot by Wayne. Most people I knew would have seen this train’s journey in three easy categories: (1) its origin in obscure and deathly Long Island suburbs where people’s grandmothers lived; (2) its trundle through Queens, which was of course one of NYC’s five boroughs and therefore technically in the First World, but was still at that time a huge suburb, as seen by many Manhattanites (and on the few occasions when those Manhattanites had been there for some party somewhere, most Queens streets seemed to be named according to some heroically confusing numbering system that defied all logic); and finally (3) a wake-up during the downbeat glamour of the industrial waterfront section of Queens near the East River, depicted here … all leading up to arrival in the place where life can finally begin, on the long thin island with the skyscrapers, you know the one. (1’08”)
(See video here.) 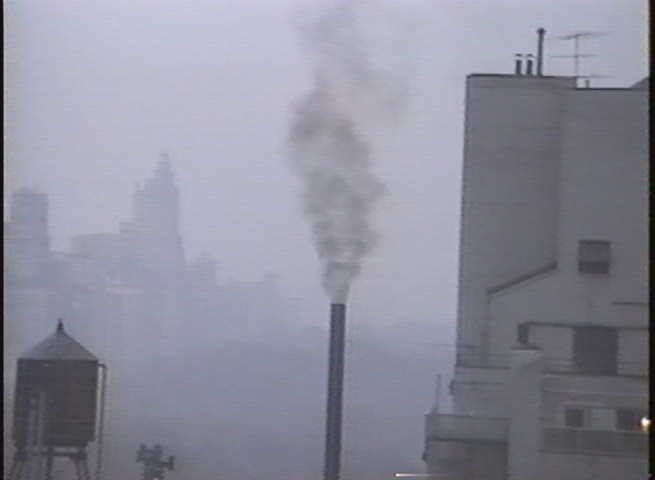