[Text:] [Caeser:] You mentioned the film stuff. Are there any films you’re involved with that you would like to mention?

Well, I would like to give a little mention to Zoo. It has Debbie Harry and Paul Bartel and David Carradine as the three names that are involved. And they had me playing Goatboy—my lover is a goat, believe it or not, in this movie. And it’s kind of a bestialists’ who-dunnit. There are all these people: there’s Pantherman and there’s Dalmatian Lady and there is Horse Man and all these animal-lovers. And the funny thing was that although I was employed as Goatboy and my goat actually had a name—Gemilla the goat—I never actually met Gemilla. And I think it was an oversight: in the hurly-burly of filming, you know, someone forgot to give me my goat, and I kept very quiet about this (now it can be told) because, after all, given a choice of ten hours of filming lugging a goat around (or rather being lugged around by a goat) and ten hours of filming just waving a stick of celery, which is what I did instead, you’d pick the latter, you know, for ease and enjoyment. So I did, and we cavorted around in the hay bales, and there were donkeys and chihuahuas and llamas. And getting a llama to hit its mark for ten successive takes is very very tricky, but they did it, they pulled it off. And so yeah, I wore this sort of little faun-coloured bodysuit and lots of glittery eye-shadow and waved my stick of celery.
(See video here.)

[Julie:] When did you start your acting?

I got to New York and I thought, “Well, I’d better have a headshot, I suppose.” And I last week bought a book and a tape called Acting with an Accent: “If you can lose your temper and keep your accent, then you’re very good at your accent; because it’s difficult to lose your temper and keep that accent.” (That’s a kind of South African accent, I suppose—no, it’s no kind of accent, it’s an arseholic accent!) 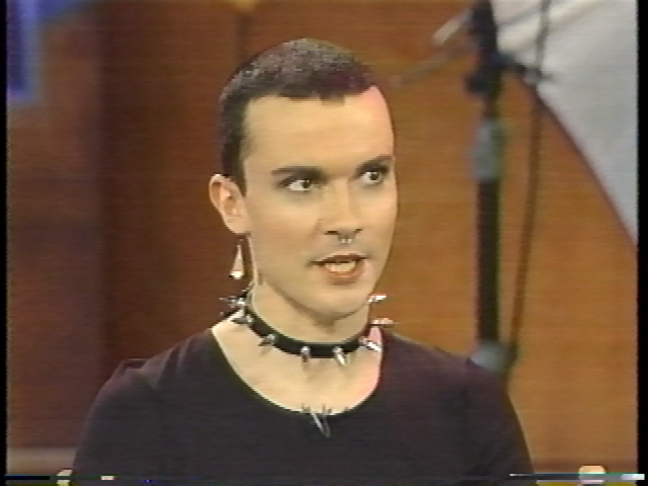 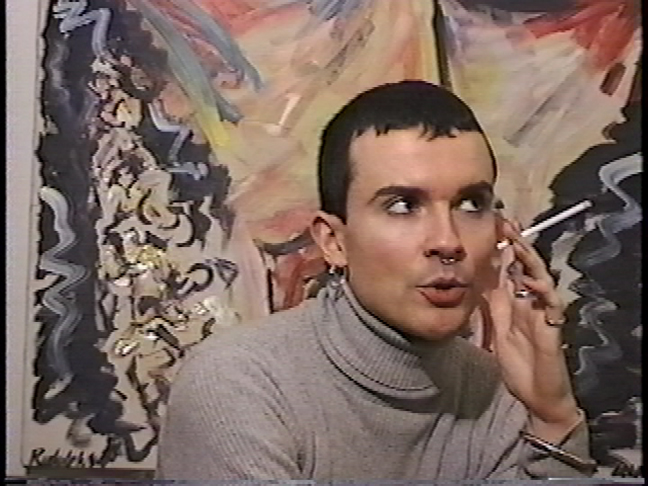