[Text:] [Julie:] You seemed to understand what compassion was, as an idea, but you didn’t feel it.

I felt it in a vivid sort of generalised way, but the compassion that comes from a direct feeling of the humanity and the vulnerability and the humanness and the smile in the eyes of the person I was with—that had taken a while to filter its way through to me. An early stage was when I did a week and a half of door-to-door sales. And this was of course a horrendous job to be doing, for just about anybody; and I came away from that week and a half, feeling (1) that it had felt like a month and a half, and (2) that all the people I’d gone and knocked on the door of were, very many of them kind of, I must admit not very bright, but—nice. And I wasn’t expecting that. I guess I had vaguely been expecting, without intending it, people to be kind of cunning and mean; but they’re not.
(See video here.)

[Julie:] What place did you start from?

It’s almost as if an ability to put words together, to a certain level, is really an ability to sort of paper over cracks and make it look as if you’re thrusting through and understanding all sorts of things, whereas in fact you’re probably not. I was sensitive and vulnerable and needed to protect myself, and I protected myself with this sort of web of words, which protected but also perhaps delayed the acquisition by me of the ability to just sort of cut to the quick and understand and get, both ways, on a direct kind of human emotional level. 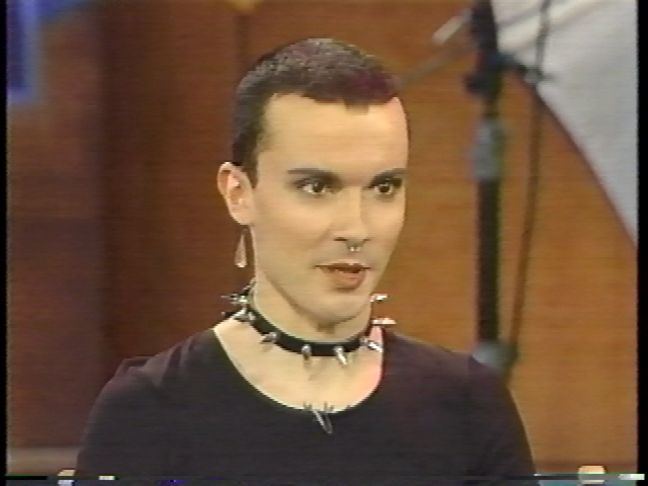