[Text:] Well, I remember the first boy that I was infatuated with was called […]. I was six and two-thirds and I began to get really interested in this boy and to think about him a lot, and I plucked up all my courage … and I sent him a Christmas card, oh my god, that was the most daring thing I could do! Because the headmistress of that little primary school had instigated a post-box, a mailbox in the big assembly hall, and this was meant to engender a spirit of goodwill towards all men and women, and nice feelings and caring and sharing; and of course, children being children, all it really did was engender a nasty Thatcherite sort of sense of competitiveness over who got the most Christmas cards and whether someone got more Christmas cards than somebody else, you know. So that didn’t quite work, but anyway it was a nice idea. And so there was this mailbox and I used that mailbox to send him his Christmas card. And then of course didn’t hear anything back whatsoever! He was sort of shy and probably wondered simply for about two seconds why I’d sent him a Christmas card.
(See video here.)

And then there were one or two other people, always my own age, that I would become infatuated with. And the word gay or homosexual I suddenly applied to myself, suddenly realised that it applied, when I was about thirteen, I think, twelve or thirteen; and I remember an immediate stab of joy at this point. And I suppose we come to that kind of automatic rebellion, “Up yours!” kind of feeling. I think the joy was there only, as I say, because I had this automatic attraction to being different and … identification perhaps with the underdog, but at any rate with the unusual, the extreme, the strange, the different.

[Julie:] What made you think you were bisexual?

Well, just because I looked at certain girls and thought, they’re beautiful, and that’s so beautiful, that’s so cute, that’s so lovely. But then really, I realised that I was thinking about their face and their being and their aura, not physically, not with them as a physical body. I remember I did sort of almost go to bed with a girl—well, we were kind of in bed or on bed or something, and at least one or perhaps both of us had most of our clothes off, and something nearly happened but didn’t quite—one of those messy kind of scenarios. Not unpleasant at all, just sort of mentally it didn’t quite happen. And I had a good friend at school at that point, and he said, “What was it like? what was it like?” And I said “Well, you know, it was kind of sweet, I loved the affection and the softness of the skin.” “Well,” he said, “no, no, I mean, you know, sort of down there…?” I said “Oh, I didn’t think to look down there, I just lay on the bed and we were stroking each other’s face and we were kissing a little bit,” and I realised, his question actually was fairly reasonable, but it really hadn’t occurred to me to look down there, to go down there. And that was a signal, I suppose, that the red blood didn’t flow so much with regard to that whole physical scenario. You know, I don’t necessarily even mean something just genital, I mean the oomph, the pizzazz, the general kind of yes!, the rightness, the feeling of—just right.

There were two relationships, before [this one], of which I would use the term “love” in terms of what I felt [physically], and one was definitely messy and it was only probably about three or four months. And there was one who was only about a month, one or two months; and that also never really became stable.

[Julie:] Can you describe “messy”?

He was very much on the scene, the gay scene socially in London. I wasn’t so much; I was happy to come onto it while I was with him. He was emotionally more vulnerable than I was. He, I don’t think he ever really read books! I loved him and he loved me, but it really sort of wasn’t meant to last. We, we were different. Could be a bit of a bimbo—but I did love him. 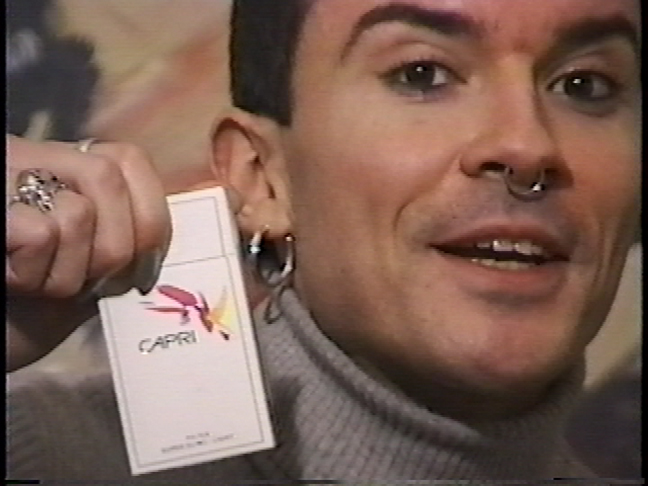 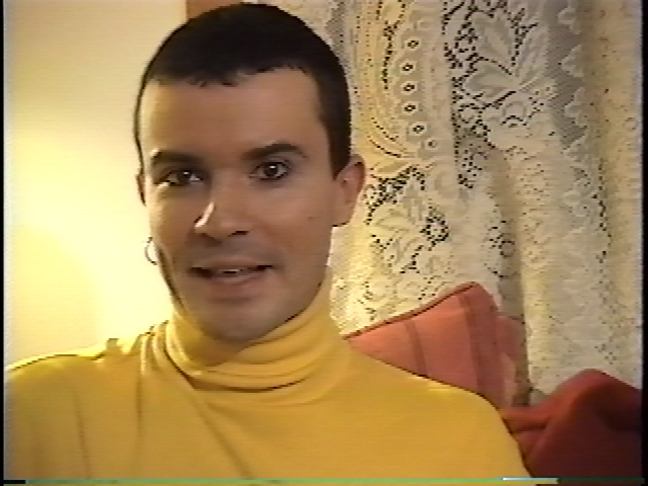