Interviews 11. [The first of this pair of brief interviews is by a sparky charmer named Meira Moët, for her cable-access TV show Culture Up, where she’s asking about my winning a Sinéad O’Connor look-alike contest that had spontaneously broken out at a local hostelry (as they do). Meira interviewed her guests in their homes, so we sat on my tasteful magenta-zebra-skin-design-covered sofa, in front of my painting Fried Eggs by Moonlight on the wall; with my messy desk behind me looking west through the window towards the World Trade Center from our fifth-floor apartment, 190 Norfolk Street #9 on the SE corner of Houston Street.

The second interview is a tartlet of nutrition-free snackability from the TV talk show Maury Povich, for which I wore my best slinky black dress. I’d brought to the TV studio a copy of a book of mine, hoping to get some national publicity for it while I was onstage; and I remember announcing to a back-stage green-room full of fierce New York City drag-queens that I was “hoping to plug the book”, to which one of them named Chicklet replied “Well I just wanna get plugged…” There were also some bitchily competitive daggers drawn, between some of those dozen or so ambitious characters in that green-room; it was no kind of warm and fuzzy atmosphere.

During one segment of the show’s live broadcast, a woman in the audience pointed at one of the queens on stage, hollering “Now SHE got the booty!” (I admit it wasn’t my skinny ass the woman was pointing at.)

In another segment, the tables were turned when Maury Povich was put in the interviewee’s chair and was grilled by one queen who had her own cable-access TV talk-show. Somewhat unwisely, she asked him “Maury, what’s the lowest your talk-show has ever stooped?”—and quick as a flash, he turned to the audience and said “I think we’ve hit it, right here!”, bringing the house down and leaving her looking a tad crestfallen.] (1’32”)
(See video here.)

That was the easiest $500 I’ve ever earned. I turned up at one and a half hours’ notice to this Sinéad O’Connor look-alike competition, which was a publicity stunt pulled for a music magazine. And there were only five other contestants: and (I kid you not) one of them was a guy with a beard; another one was a guy without a beard but with long dark hair; another was a woman, so that was a good start, but she had long blonde hair; and there was one other contestant only, who had shaved his head, but he didn’t look anything like Sinéad O’Connor. So there was no competition. 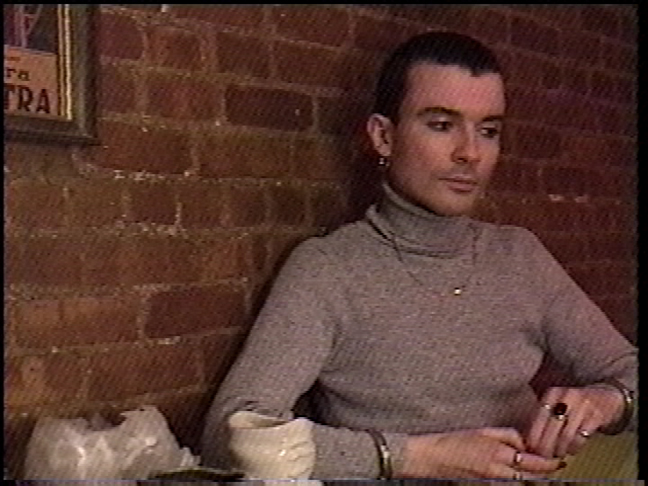