[Text:] [Caeser:] An element of your image is androgyny. Is there anything philosophical or political behind that?

Yeah, partly. Following on from just its being natural, there is also a political element which is that I think that macho and masculinity or masculine behaviour is responsible for so many wars and so many killings and so much disaster around the world, that—this is a cliché but I think it’s true—if more women were in charge, fewer people would be killing each other; I think it’s very obvious that that’s the case. And so if I can help to assail the structure whereby there is such a powerful concealed set of instructions for each person to go by, a set of boundaries that they must not transgress: being as I naturally transgress them anyway, yeah I enjoy inhabiting that. And that’s part of the reason I’ve never done drag, really. Because drag is a fabulous thing and there are fabulous drag queens (some of whom would be very fierce to compete with), but that’s a whole thing that’s put on. Whereas I don’t want to put on; I want to inhabit from within and push out, within the androgyny, rather than have it as a layer that I imprint on top.
(See video here.)

[Caeser:] D’you think that in the, the traditionally defined sexual roles that men are sort of restricted to the same degree that women are by those roles?

I think they’re more restricted, in terms of expressing themselves, because basically one of the ways I see masculinity—by which I mean both motor behaviour (you know, style of movement) and more general abstract kind of role aspects of it—is that it’s a repression. The sort of freak-out that women are allowed to do is great and beautiful and natural. And the guy has to be like this—that’s got to be repression, hasn’t it? In fact it really is one of the greatest fictions of all time, this unflappable man, you know, the Marlboro Man. Just not to get taken up with the prevailing categories, and just to decide to be yourself and go down the middle, or to one side or both or over the top or whatever, is fine and cool and it’s sexy and it should happen and more people should do it. And they will, I’m sure. The media is going in a slightly better direction. 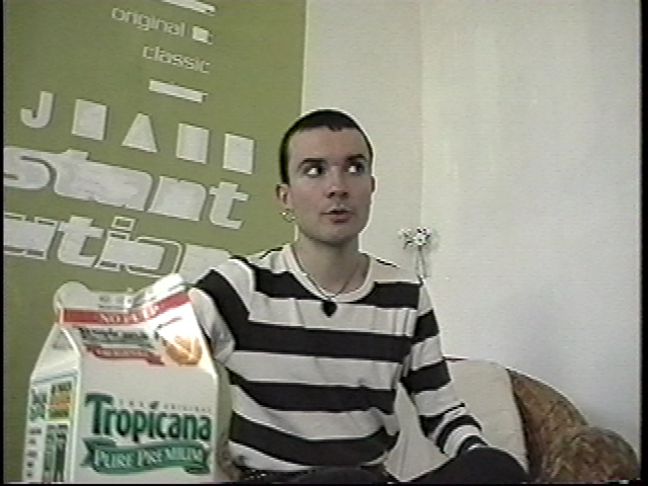 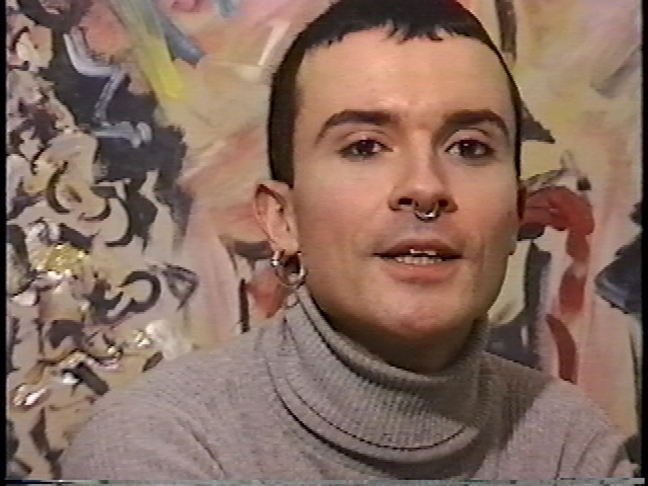