This subway rat’s morsel of skankitude was shot in the restroom of a Downtown Brooklyn subway station on the G line—the lime-green line that performs a unique and superb shrug of indifference to Manhattan, instead remaining resolutely Brooklyn and Queens only. In the ’90s, many Manhattanites (being unable to function anywhere off that island) were probably a little foggy about even just the existence of the G line. 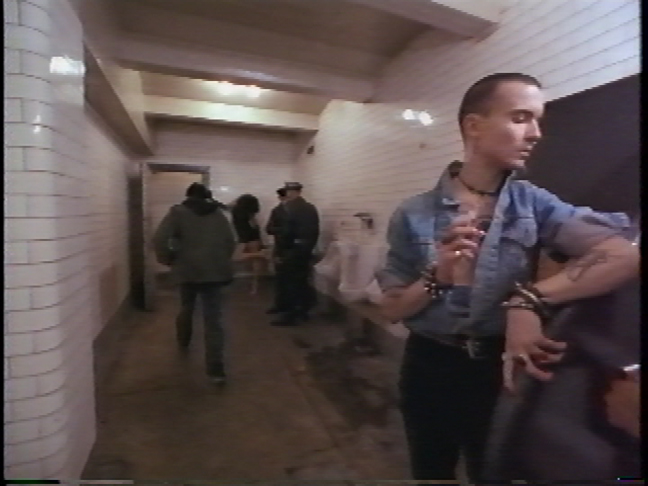 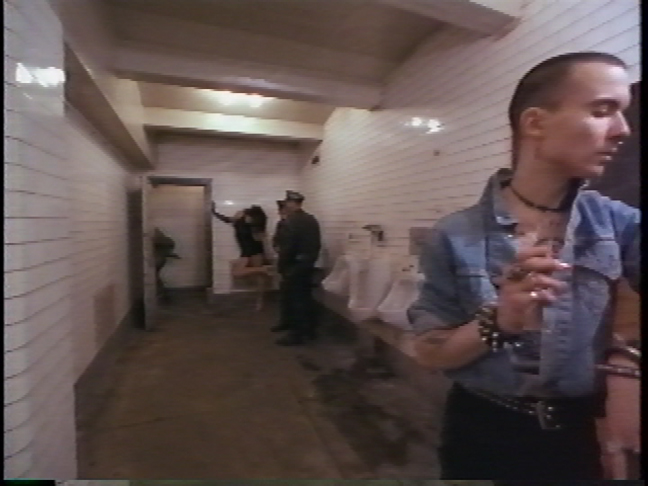