Here’s one of those dusty, steep-stepped old wooden staircases up which you have to spend at least four aerobic minutes heaving yourself heavenwards through the six storeys of some battered-looking tenement building in Manhattan, bearing a bottle of wine, before you reach the top-floor walk-up apartment where there’s a party going on inside and you knock on the door, panting with exertion. As a suitably annoying reward for your efforts, someone like my character here may then open the door and tell you you can’t come in, if you’re a gate-crasher. In this shoot, the tenement was on Grand Street in Chinatown.

Like a silly sausage, I’d forgotten to set my mobile phone to silent before “Action” was called—and so, while I was dealing with the second pair of guests as the camera rolled, my phone rang. Luckily this occurred at the ideal moment, in between appropriate lines of dialogue, as if scripted, so I went ahead and pulled that little scarlet phone out of my handbag, while the guy who played the final guest just improvised around the phonecall. The friend at the other end of the line had no idea their call was being captured on celluloid and the director was happy to have life intruding on art in this way, so all was well. (1’14”)
(See video here.) 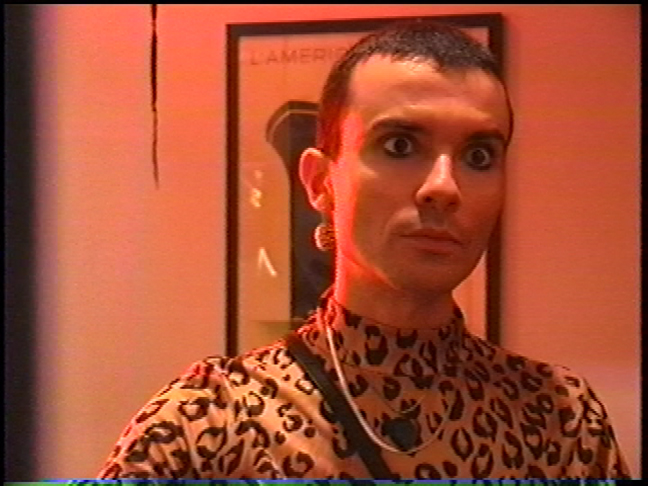 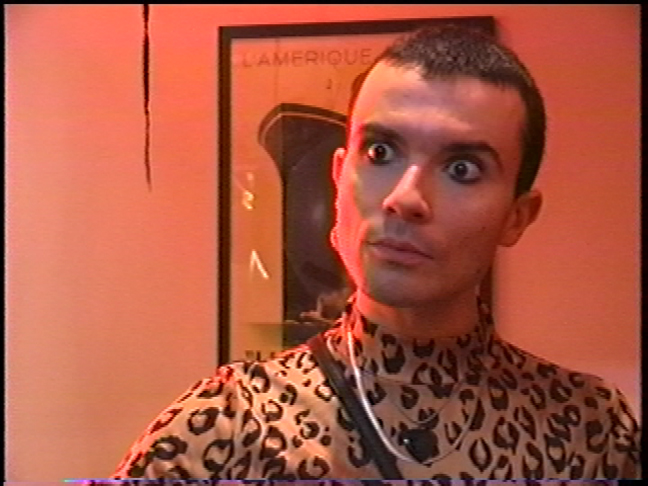 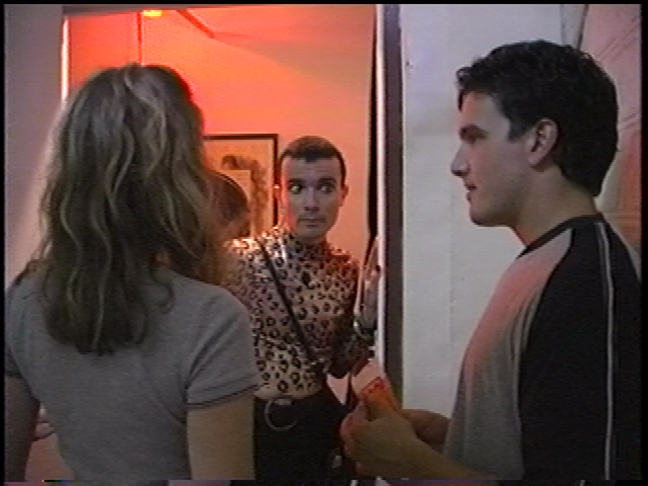 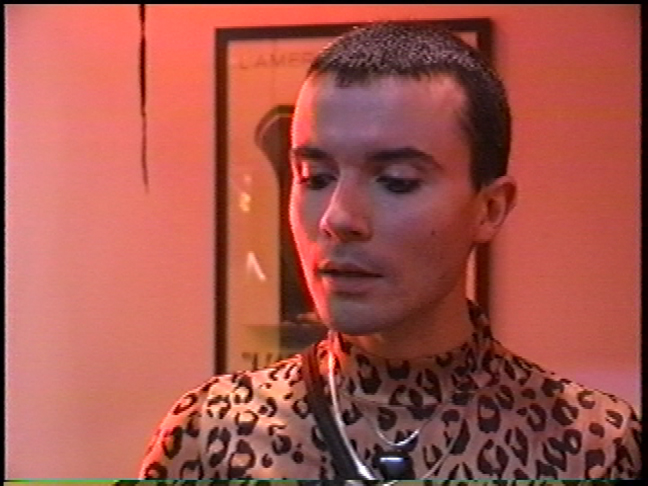 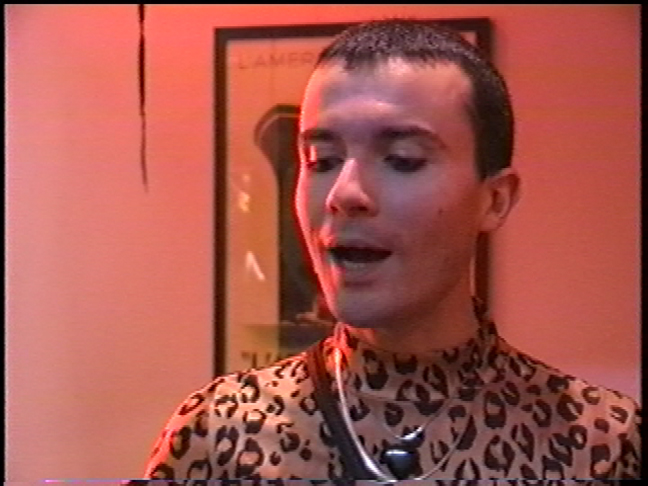 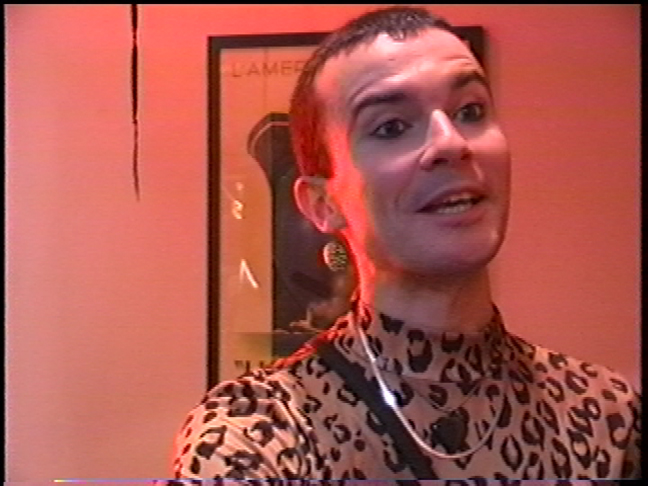 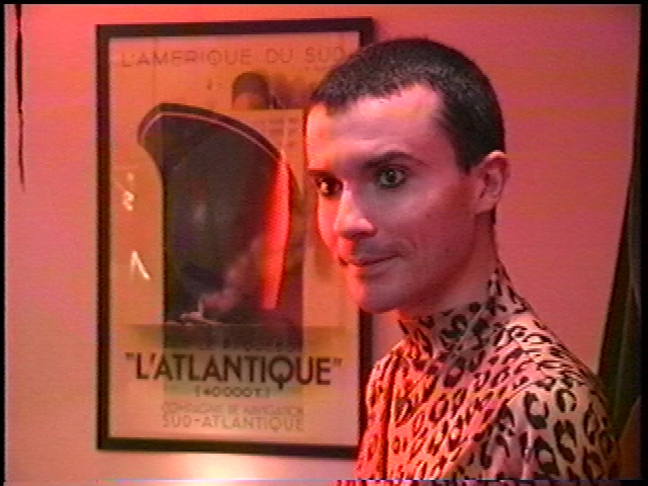 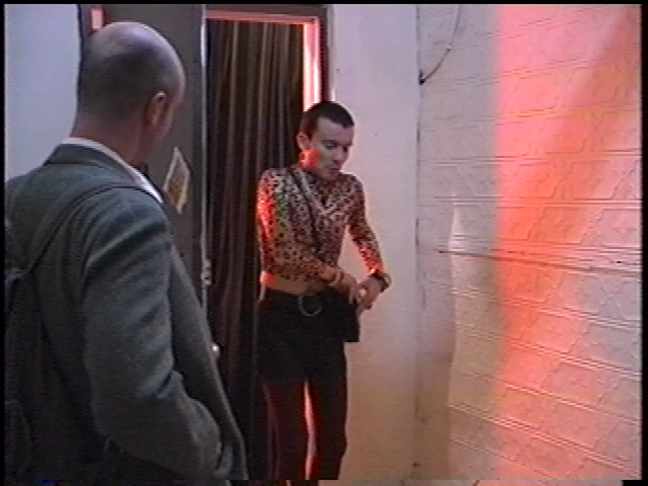 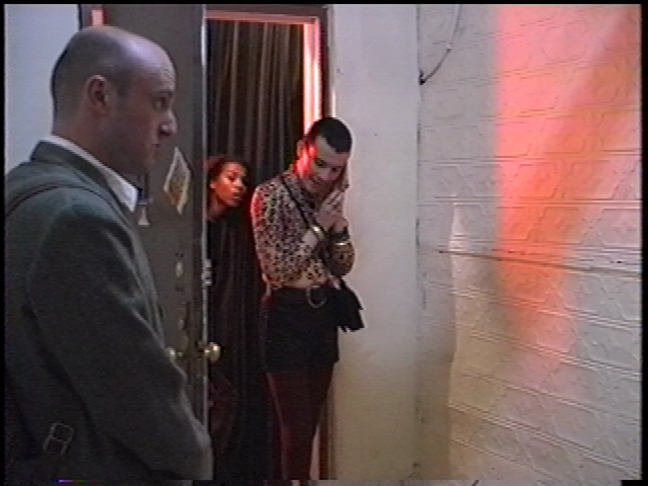