(32) Chaos Theory. As the Mystery Driver in a pre-arranged car collision, in the feature film Chaos Theory directed by Edward Vilga.

My sinister mien may suggest I was responsible for engineering the car collision I’ve just been involved in here, especially when the end of the clip suggests I also have a glamorous partner in this mysterious chicanery.

I remember there was nearly as much drama off-camera as on-camera, when one of the high-school-age lead actresses threw a seriously dramatic tantrum at the Wardrobe Mistress, over being forced to wear a pale-yellow top, which she said was NOT her colour at all…

We filmed on a suitably grimy and oil-spattered Midtown street-block, somewhere around the Avenue that’s more obscurely hidden-at-the-centre-of-things than any other Avenue in Manhattan—Dyer Avenue, which sneaks along between 9th and 10th Avenues from 30th to 42nd Street only, surrounded by a tangle of underpasses and elevated traffic lanes, through Ballardian spaces of rust-stained metal and concrete never walked on or touched but seen by millions through windscreens. Anyway, what Manhattanite drives, in Manhattan, where the yellow cabs are so cheap and you can ride the subway all night? IMDb listing here. (58”)
(See video here.) 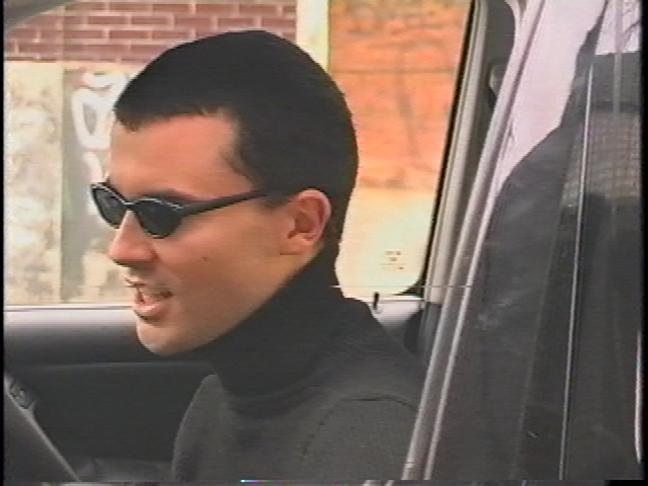 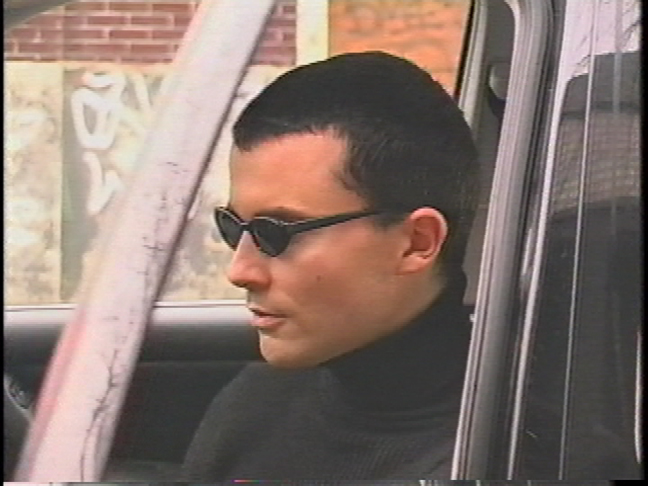 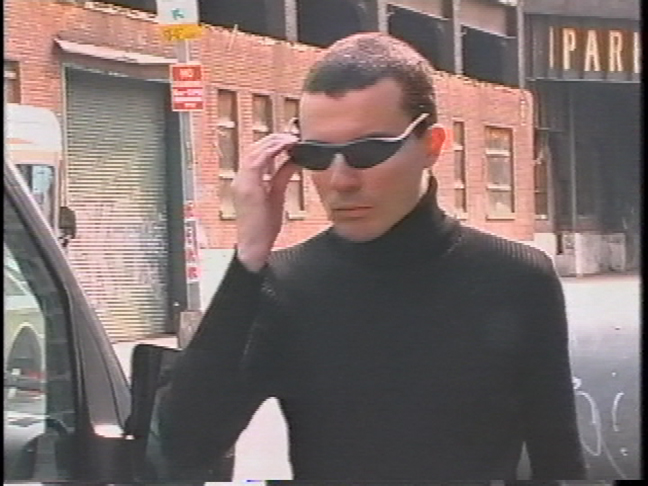 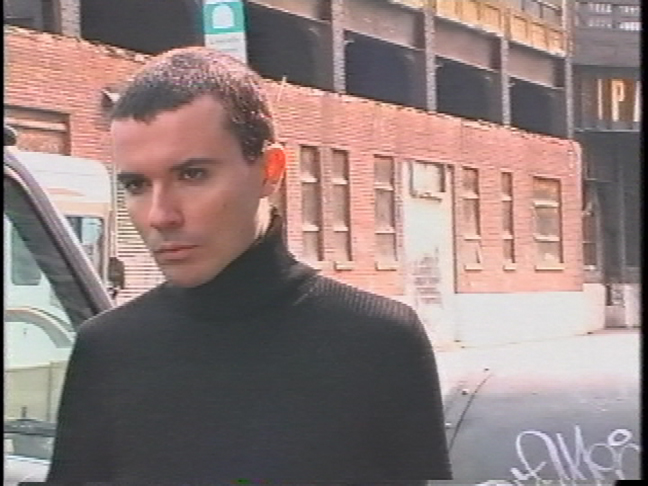 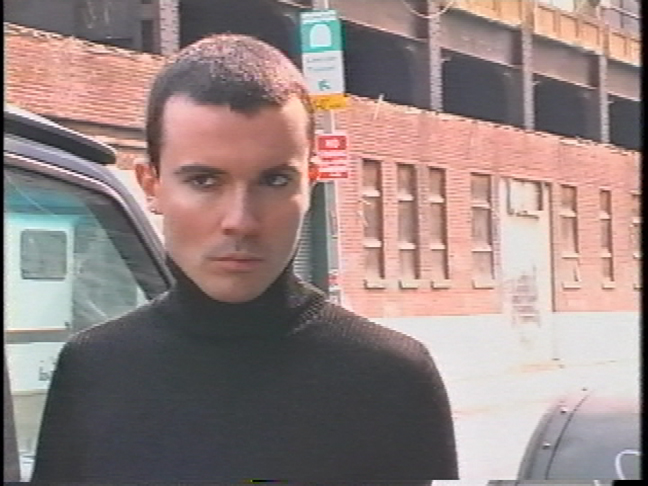 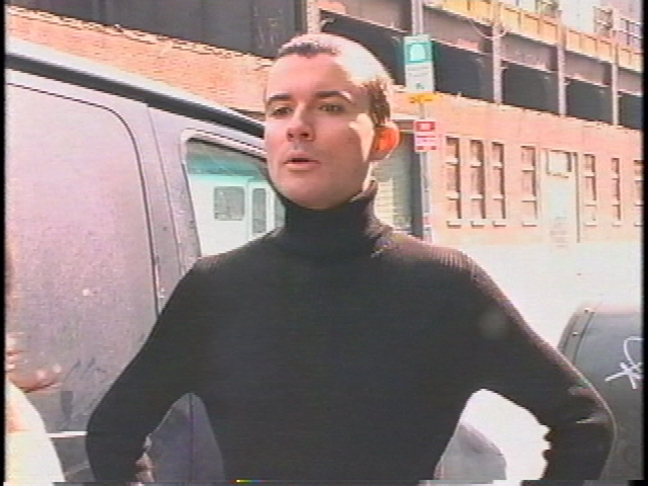 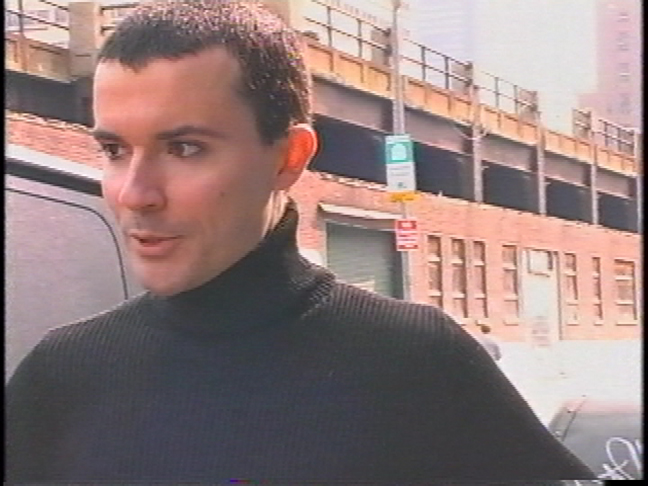 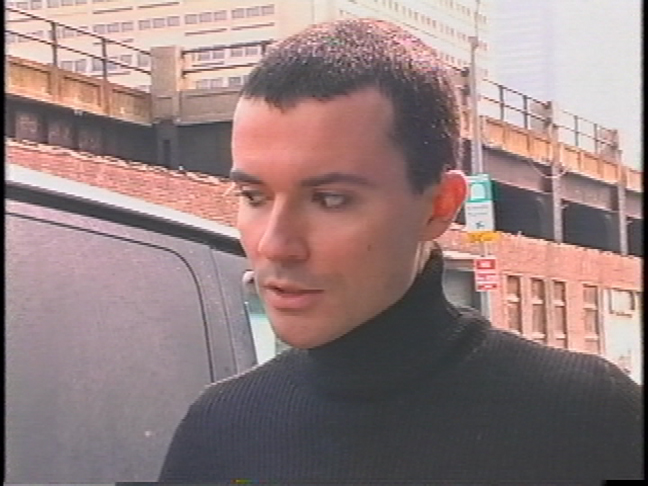 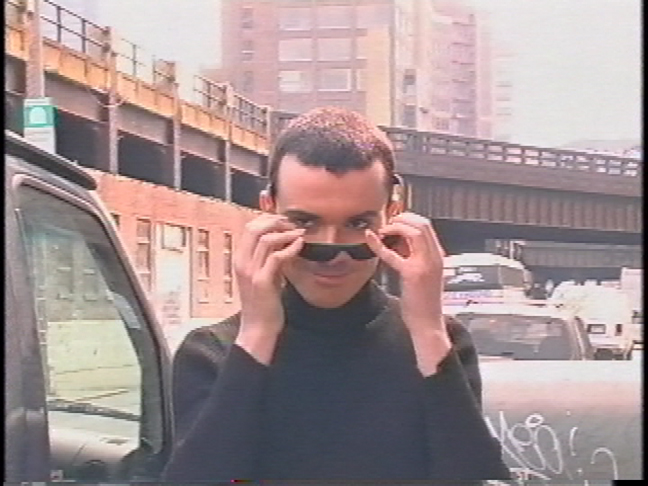 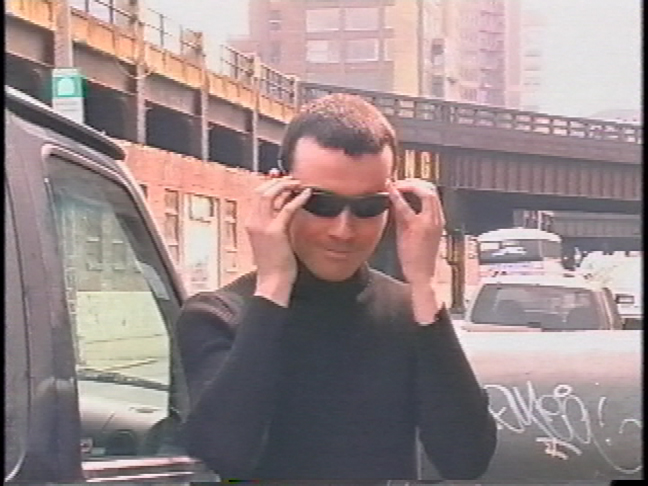 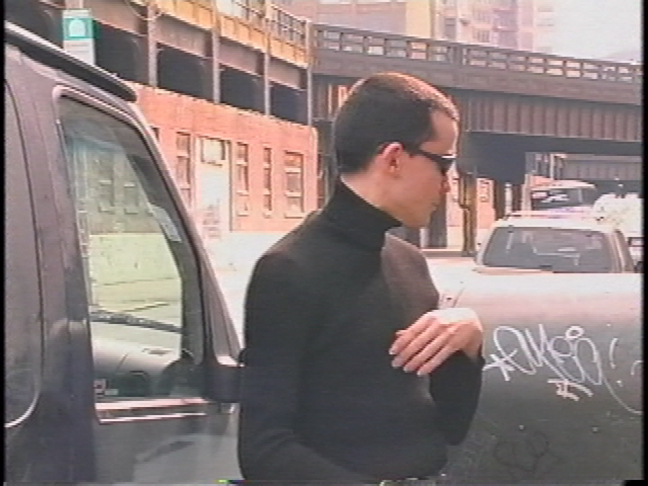 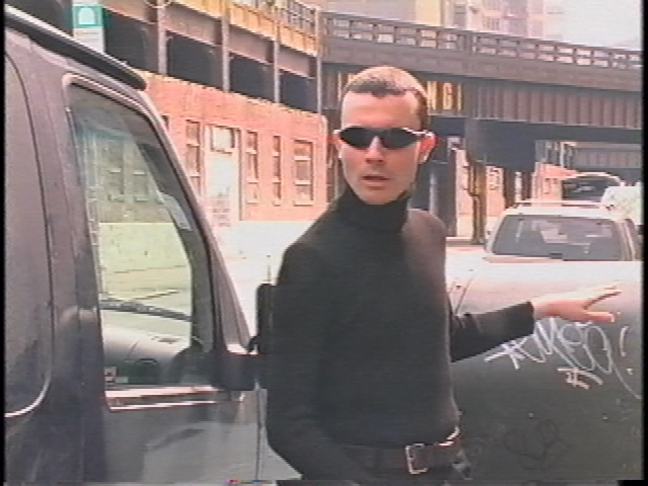 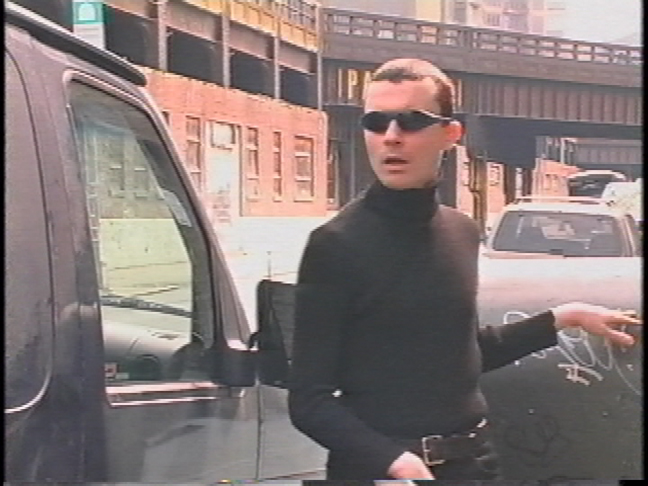 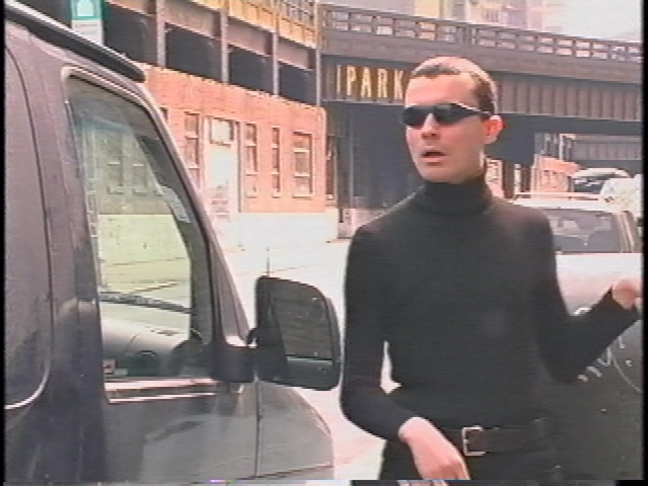 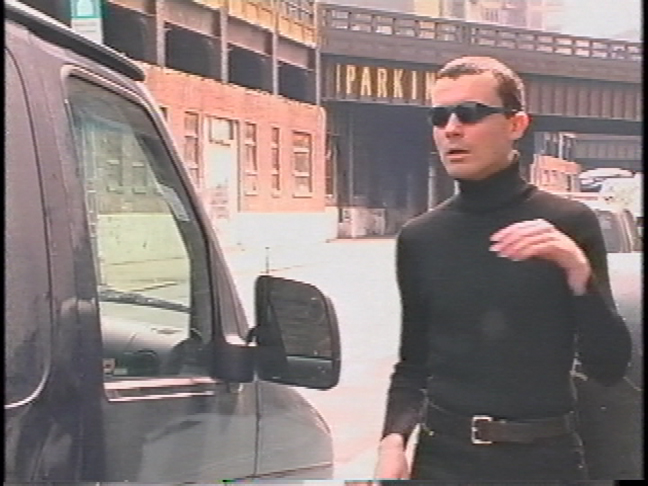 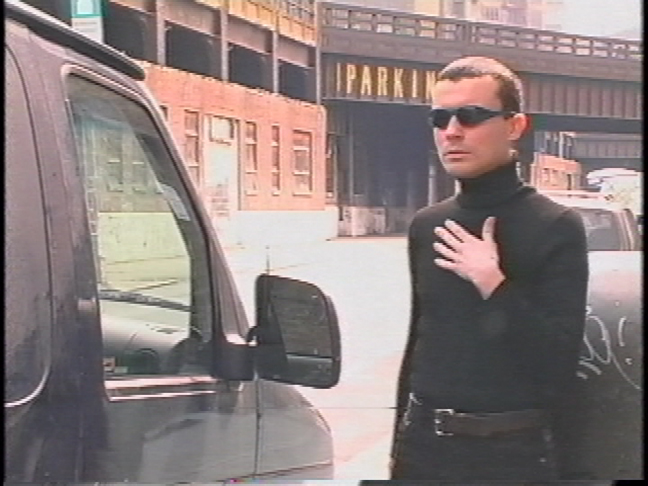 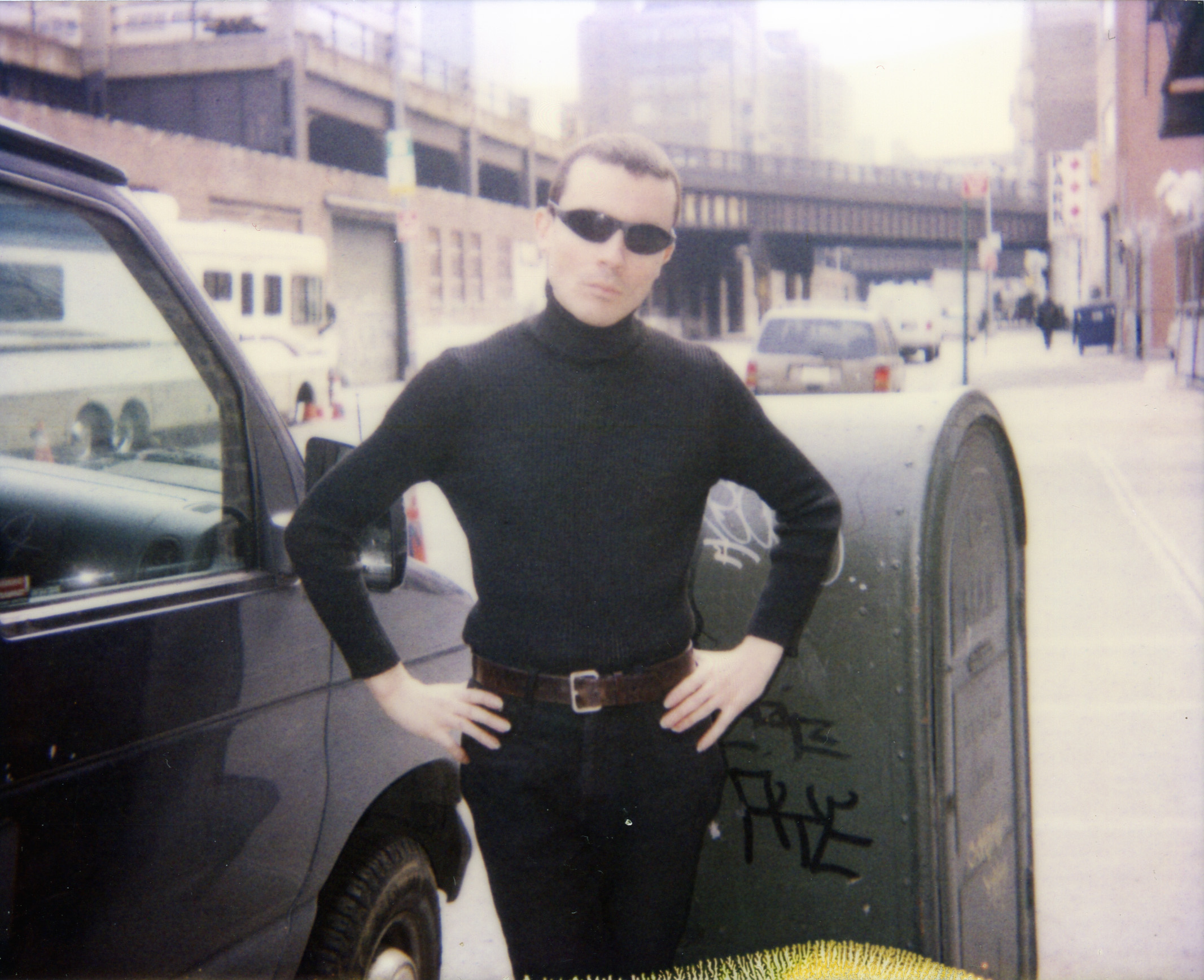