(30) Untitled. As a thoughtful fence-nailer, in the short film Untitled directed by Natsuki Kida, shot in Red Hook, Brooklyn.

For this enigmatic film, I was shot alone in a deserted and derelict corner of Red Hook, Brooklyn, one sunny afternoon. I liked the fact that Natsuki never gave me any reason for what she asked me to do there, and I had no wish to request one—I was content simply to do what she instructed, in all its stark plainness and simplicity.

Her resultant edit of that 16mm black-and-white film-stock, lasting 1 minute and 51 seconds in total, is quiet and dignified and assuredly defiant in refusing to explain itself. It is what it is; and within its rough-edged miniatureness there’s a subtly timeless flavour that makes me smile. I don’t believe I ever met her again, after the couple of hours we spent on that empty boarded-up side-street in the sun, but the uniqueness of our meeting chimed well with Untitled.

Near where we filmed, there were once huge docks, until they went into serious decline in the second half of the 20th Century. The waterfront half of Red Hook was so atmospherically forlorn, whenever I wandered alone through it, with hanging metal signs squeaking rustily in the wind from across the empty docks, and many abandoned lots, and vegetation pushing through the sidewalk. It was as if the area’s depression-era feeling had soaked into that wooden boarding, and from there into Natsuki’s celluloid. (1’51”)
(See video here.) 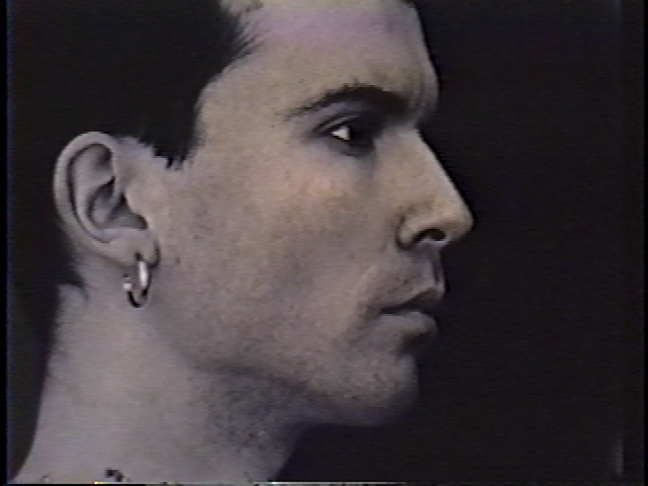 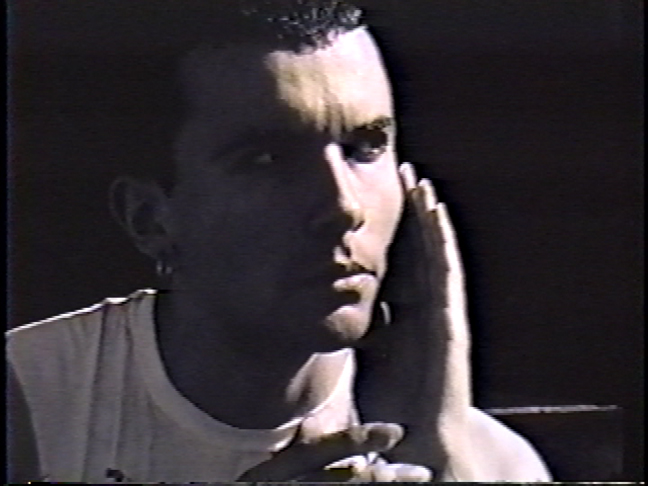 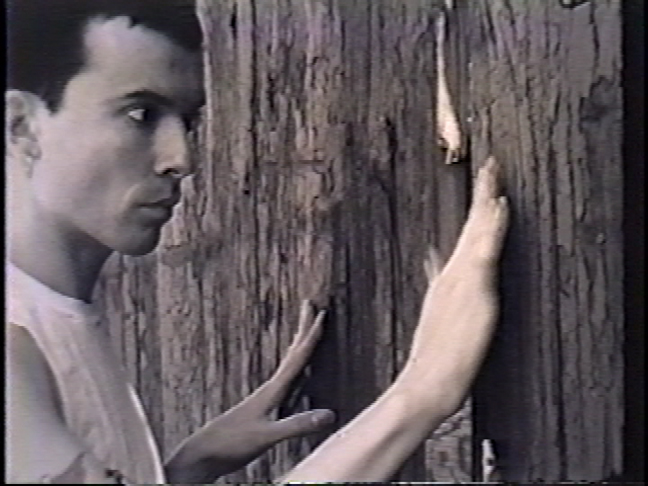 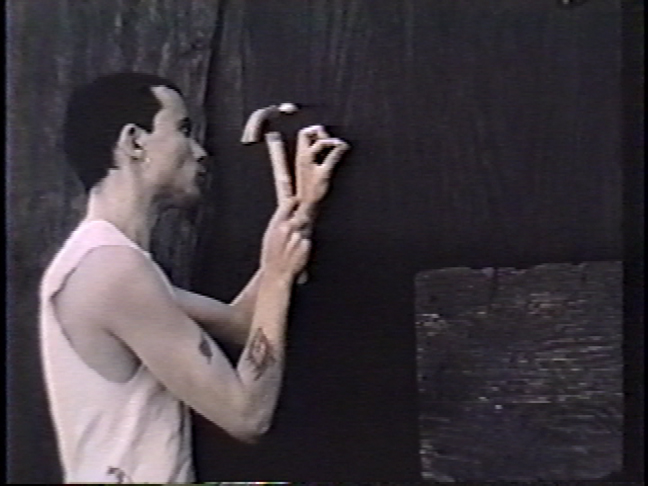 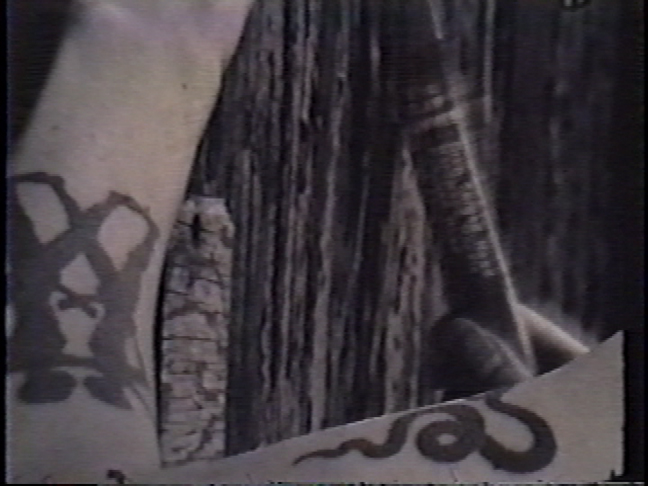 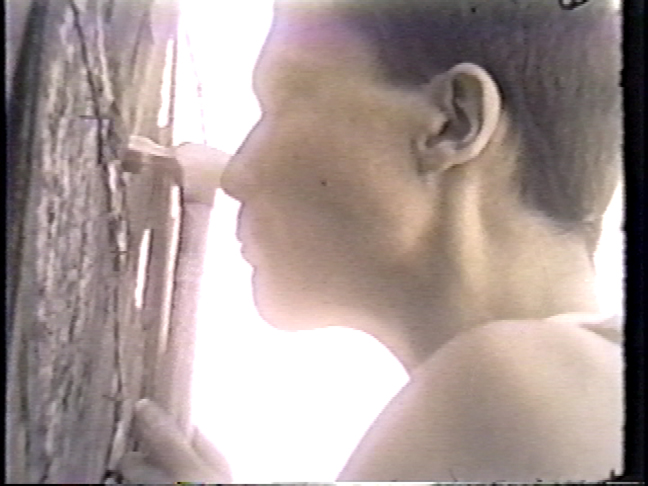 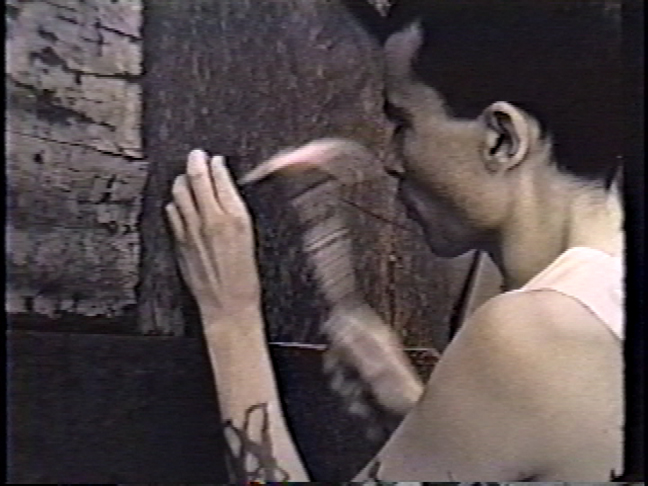 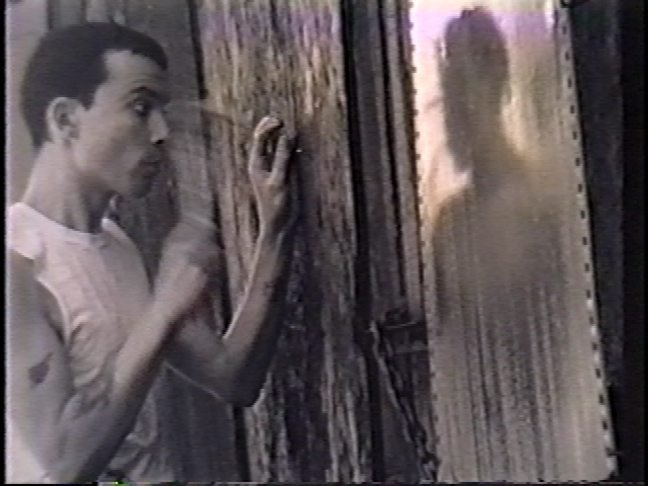 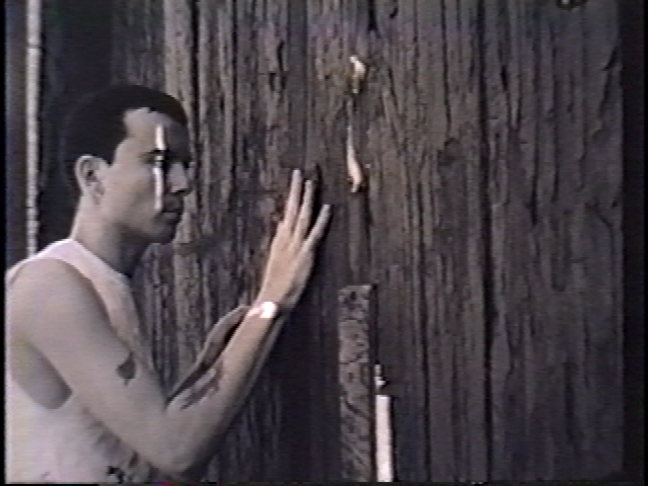 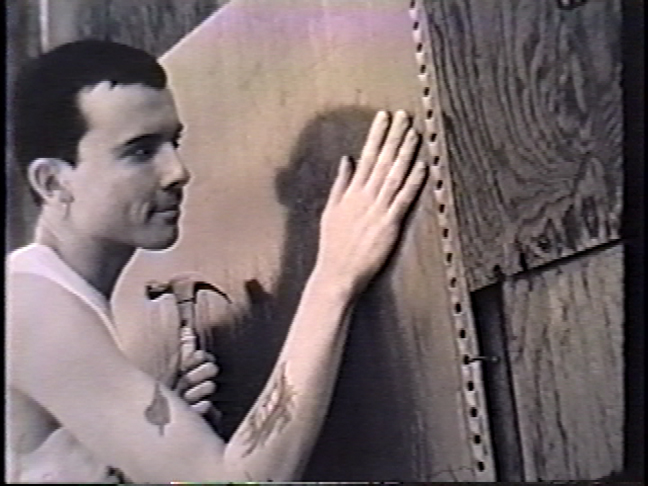 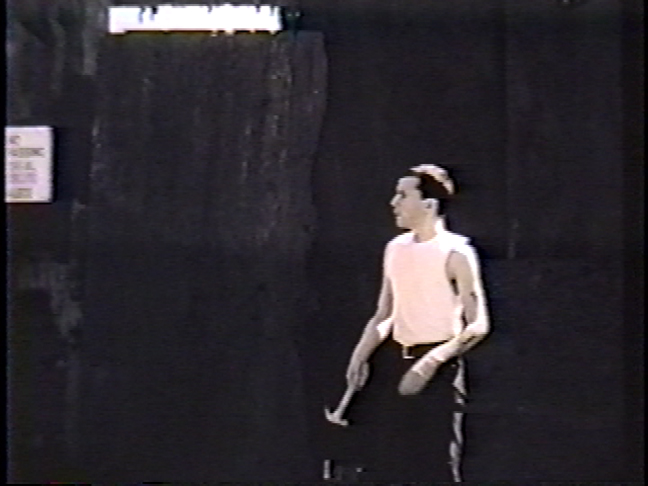 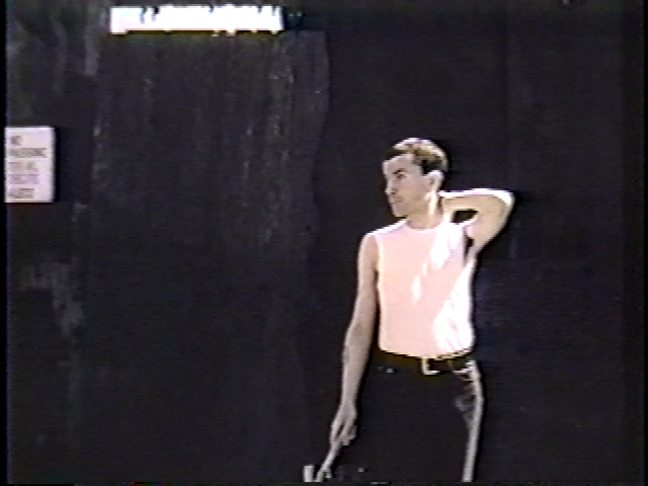 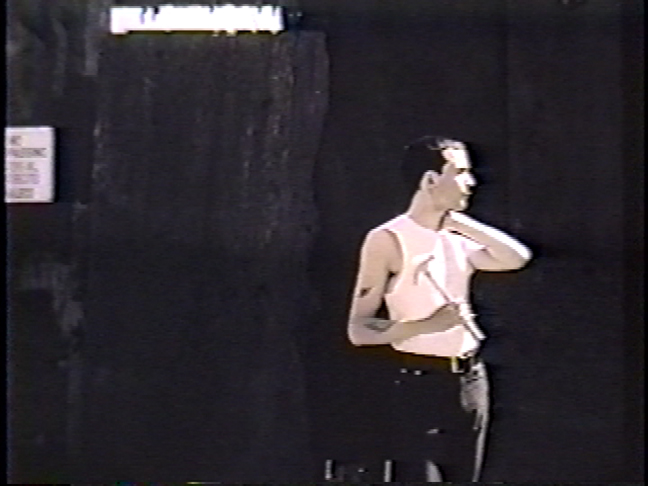 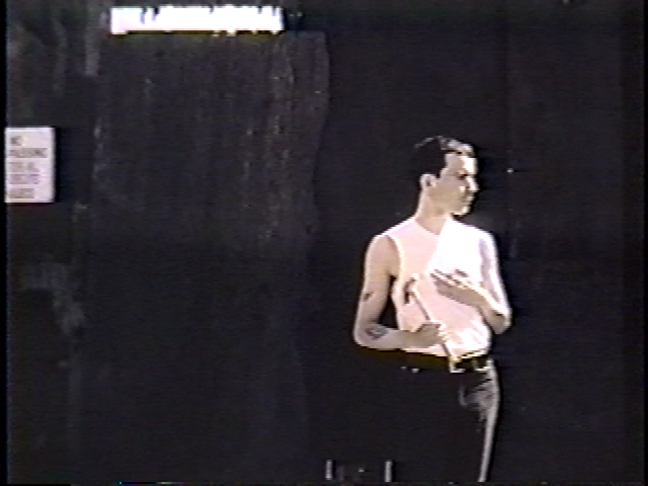 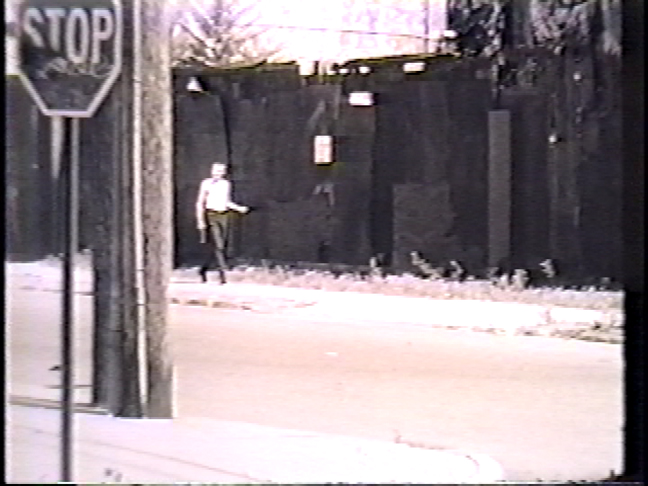 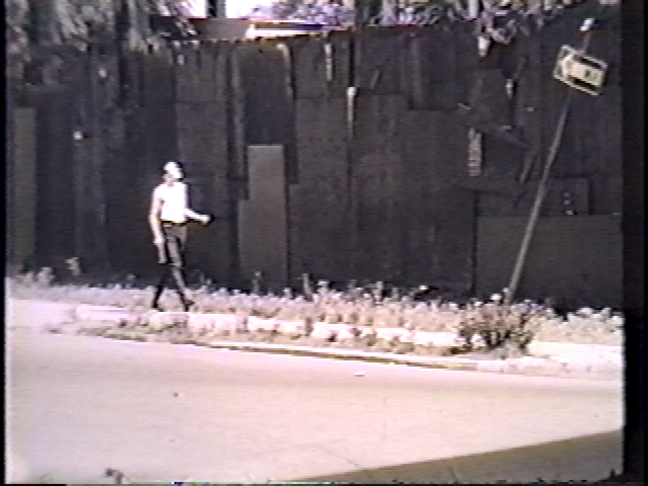 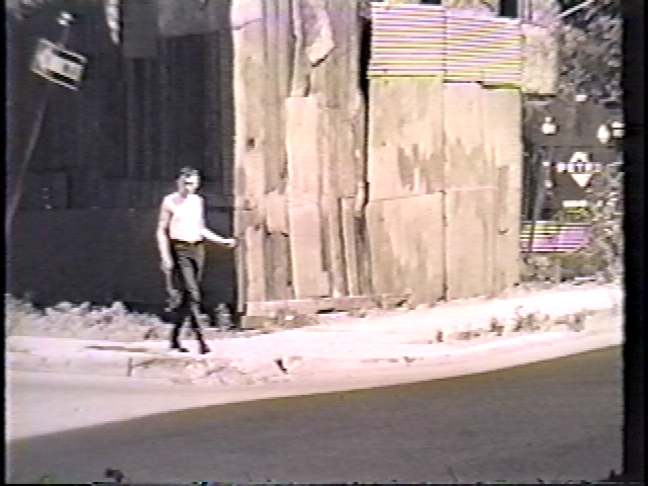 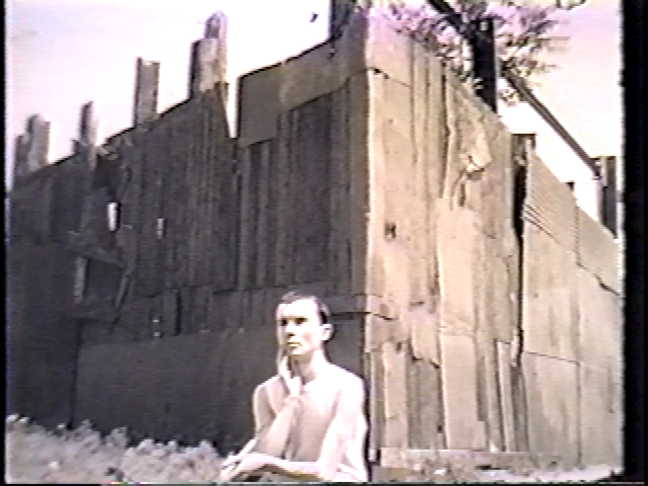 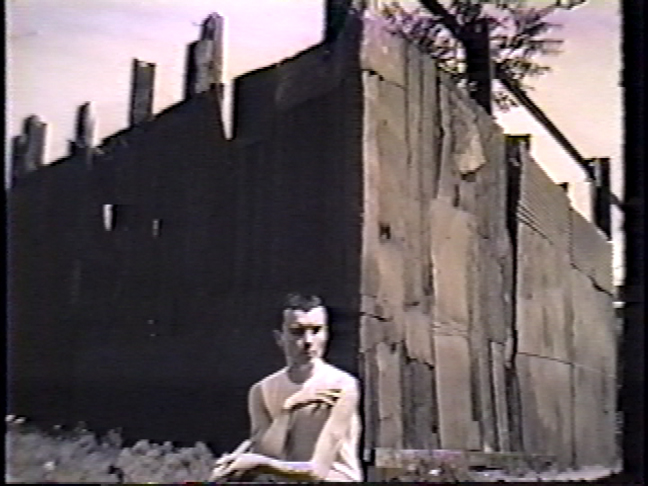