(29) Zoo. As Goat-Boy, confessing my feelings at an animal-fanciers’ group therapy session, in the feature film Zoo directed by Alexandra King.

This snippet of gentle dark comedy is set in a rural small town, whose townsfolk love their animals in perhaps too literal a sense. Sitting behind me, listening in on our rustic confessional, is the film’s big-city detective protagonist (played by Stephen Gevedon), who looks both sceptical and exasperated at what he hears.

Before the shoot, I heard there were plans to cast a real goat (a union performer, I assume) named Gemilla, and to have her join me on camera. As it turned out, though, I was never introduced to Gemilla on set—so for me she will always remain, poetically, as the goat that might have been. IMDb listing here. (28”)
(See video here.) 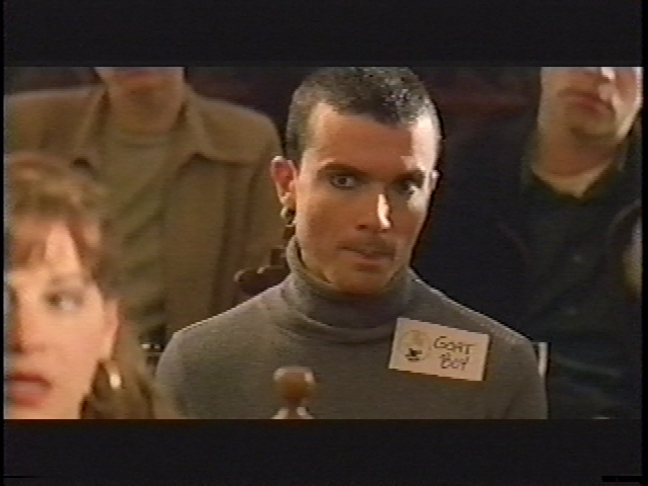 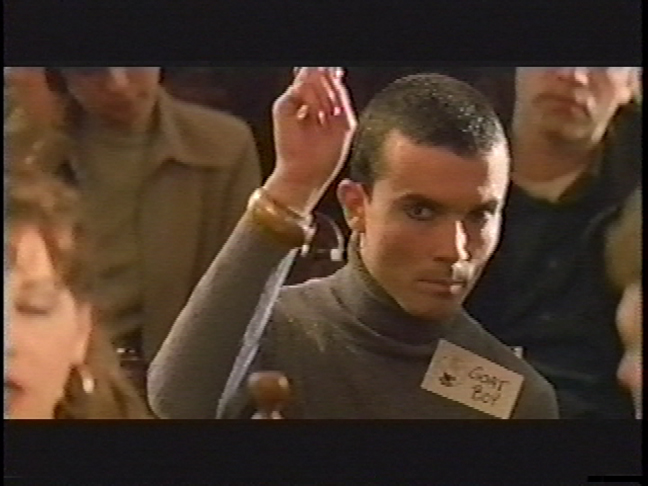 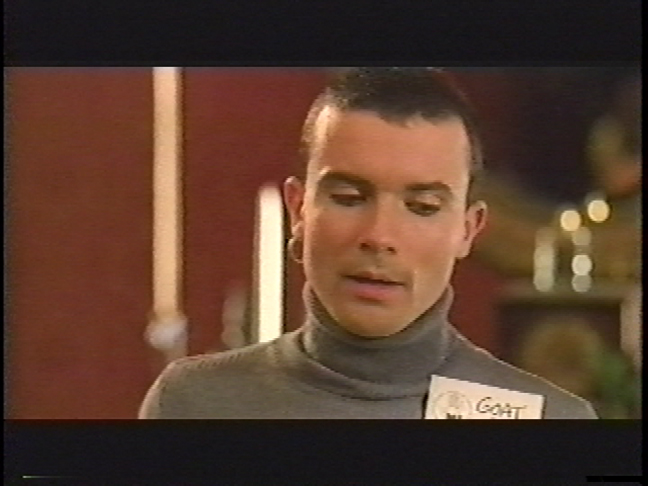 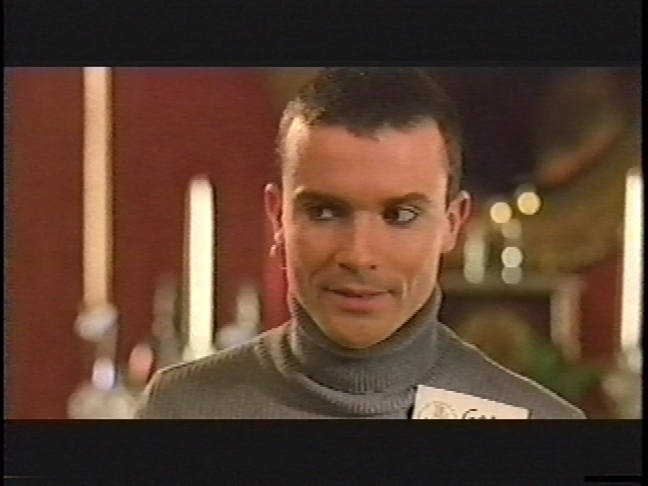 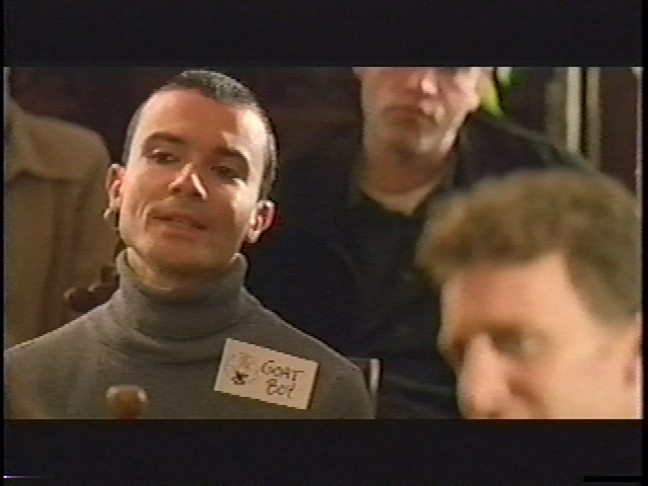