(17) Nick and Jane. At the Tunnel nightclub, receiving from David Johansen a thoughtful appreciation of my right nipple-ring, in the feature film Nick and Jane directed by Richard Mauro.

Both when evaluating nipple-rings and when not, Johansen (a.k.a. Buster Poindexter) is proto-punk royalty, having been the vocalist of the New York Dolls, who’ve often been seen as an early influence on the Sex Pistols, Guns N’ Roses, the Ramones and the Smiths. among others. The legendary Tunnel was a cavernous and labyrinthine nightclub on the West Side Highway between 27th and 28th Streets. IMDb listing here. (14”)
(See video here.) 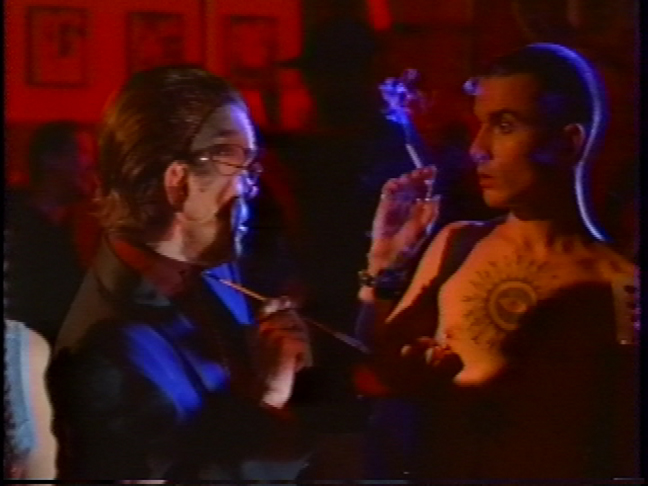 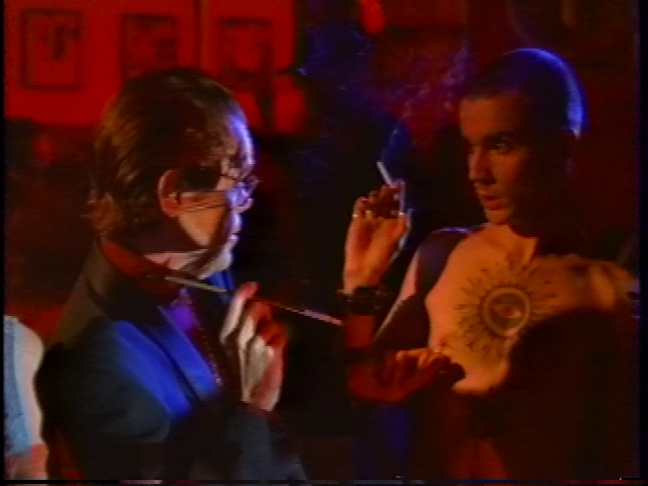 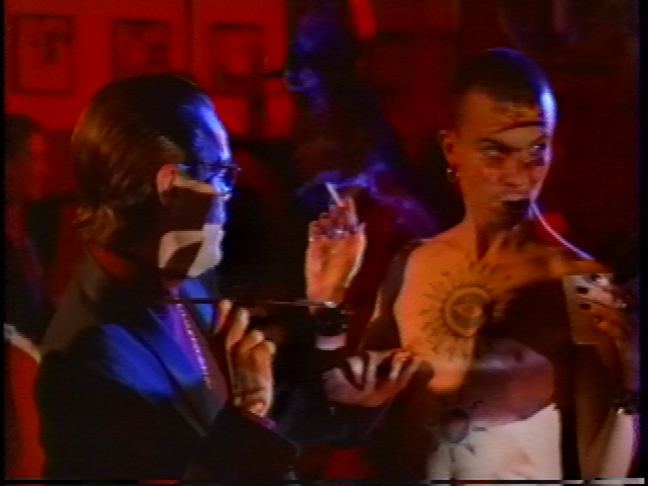 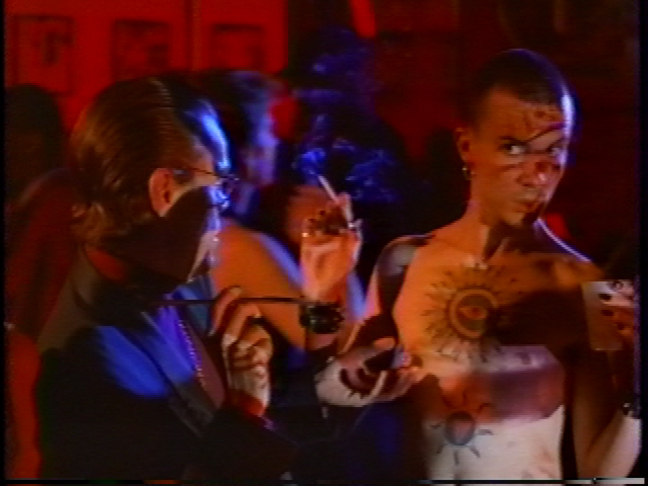