(15) A Sublime and Atrocious Spectacle

In a moody piece of black-and-white noirishness, this is me as a mysteriously enclosed character who seems as imprisoned in himself as he is by the window bars of his New York City apartment, and who was inspired by the character in Herman Melville’s iconic short story Bartleby, the Scrivener.

The film’s dramatic title stems from when it was being developed as a feature-length project, instead of the enticingly dark but quieter short film that it ended up as when its talented directors Ray Mia and Tiziana Blancato didn’t quite attain feature-sized funding. That claustrophobic, scungy, vertical light-well between dense-packed apartment buildings, so flavoursomely characteristic of Manhattan, was just outside their sitting-room window, somewhere in a far-west block on the Upper West Side; and of course they had to make a unique, clambering trip out through the window into said light-well, for those dramatic horror-flashing shots facing in at me from outside.

Then when they shot me from behind while I stood at the window, in order to make it look as if the opposite wall of the claustrophobic light-shaft was coming nearer to me, they physically dollied the camera further away from me while simultaneously having the camera zoom in towards me by an identical amount, so as to effect a subtle progressive “shrinking” of the apparent distance between me and that opposite wall. (The cast just took it easy in that shot, I confess.) (4’22”)
(See video here.) 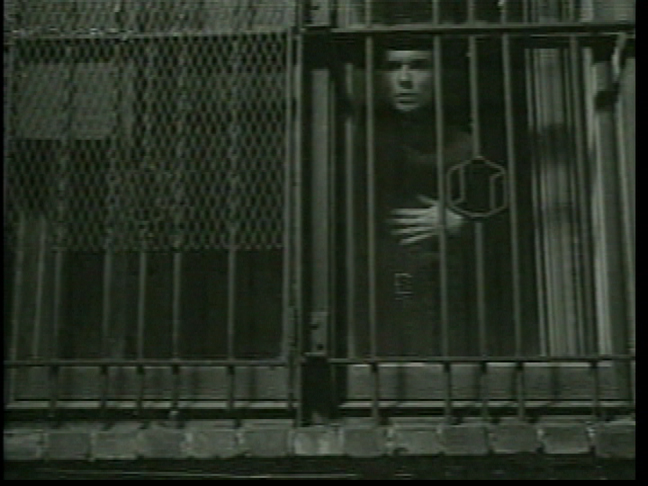 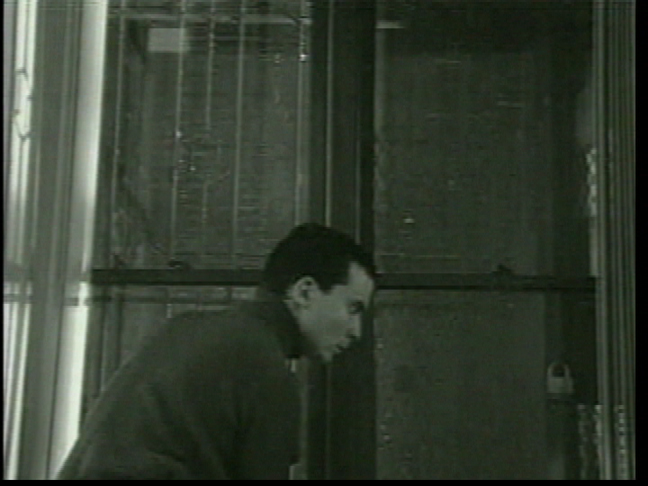 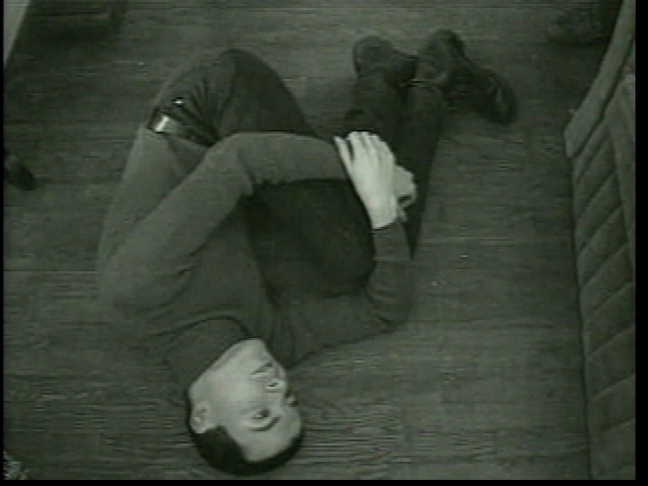 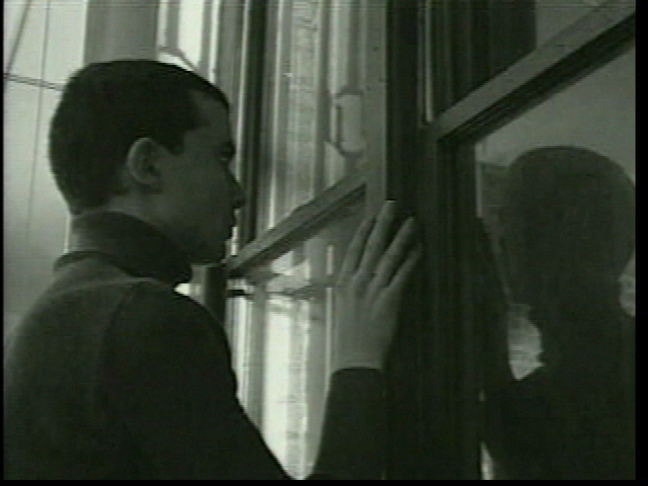 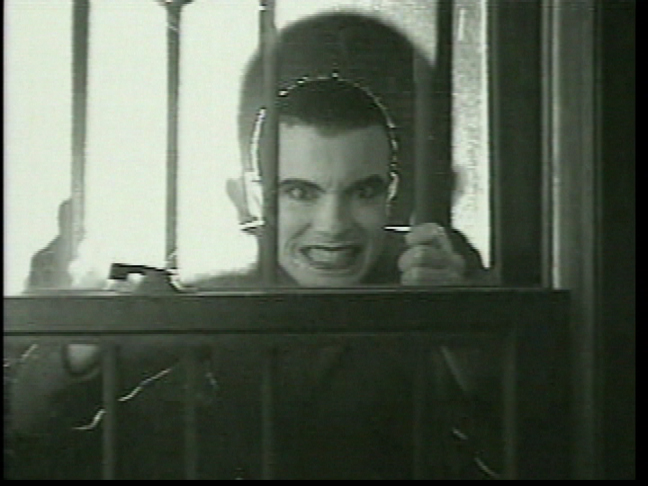 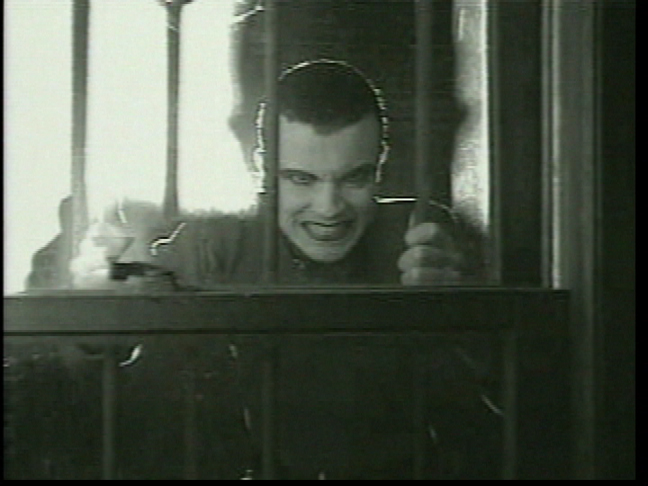 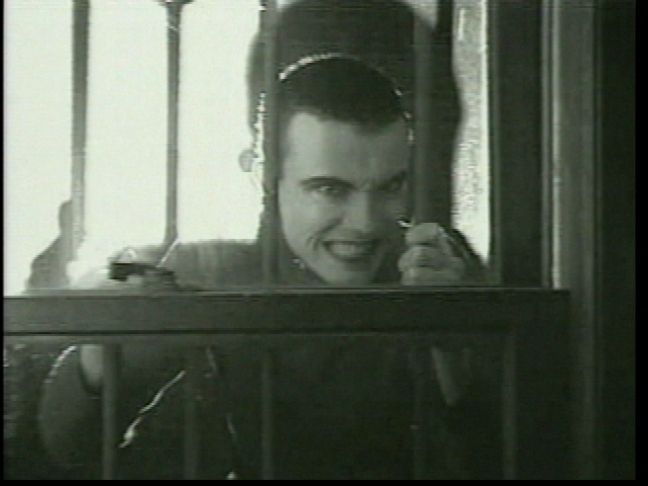 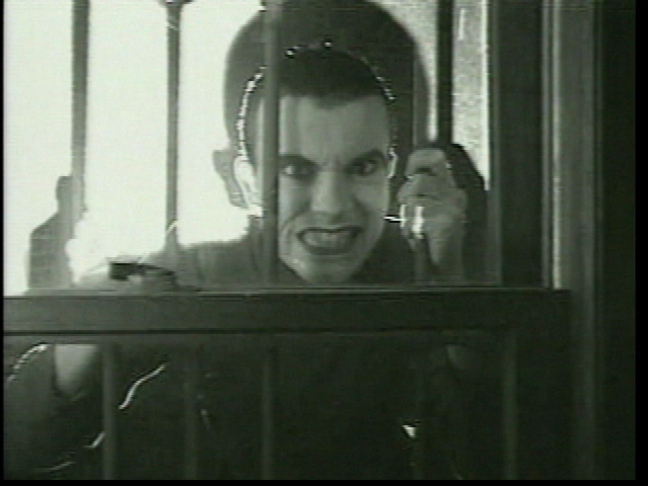 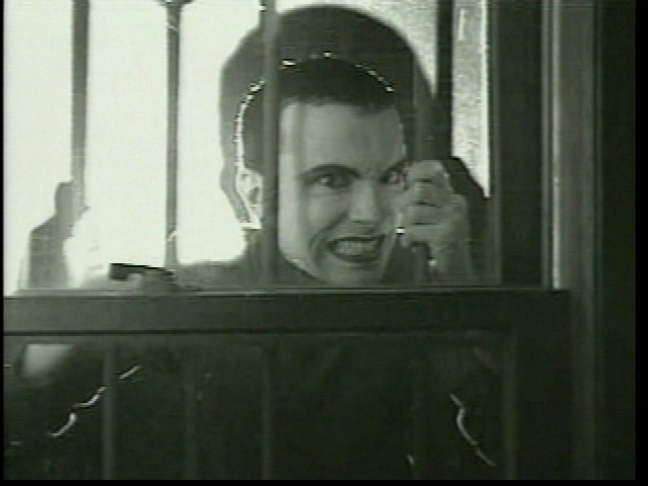 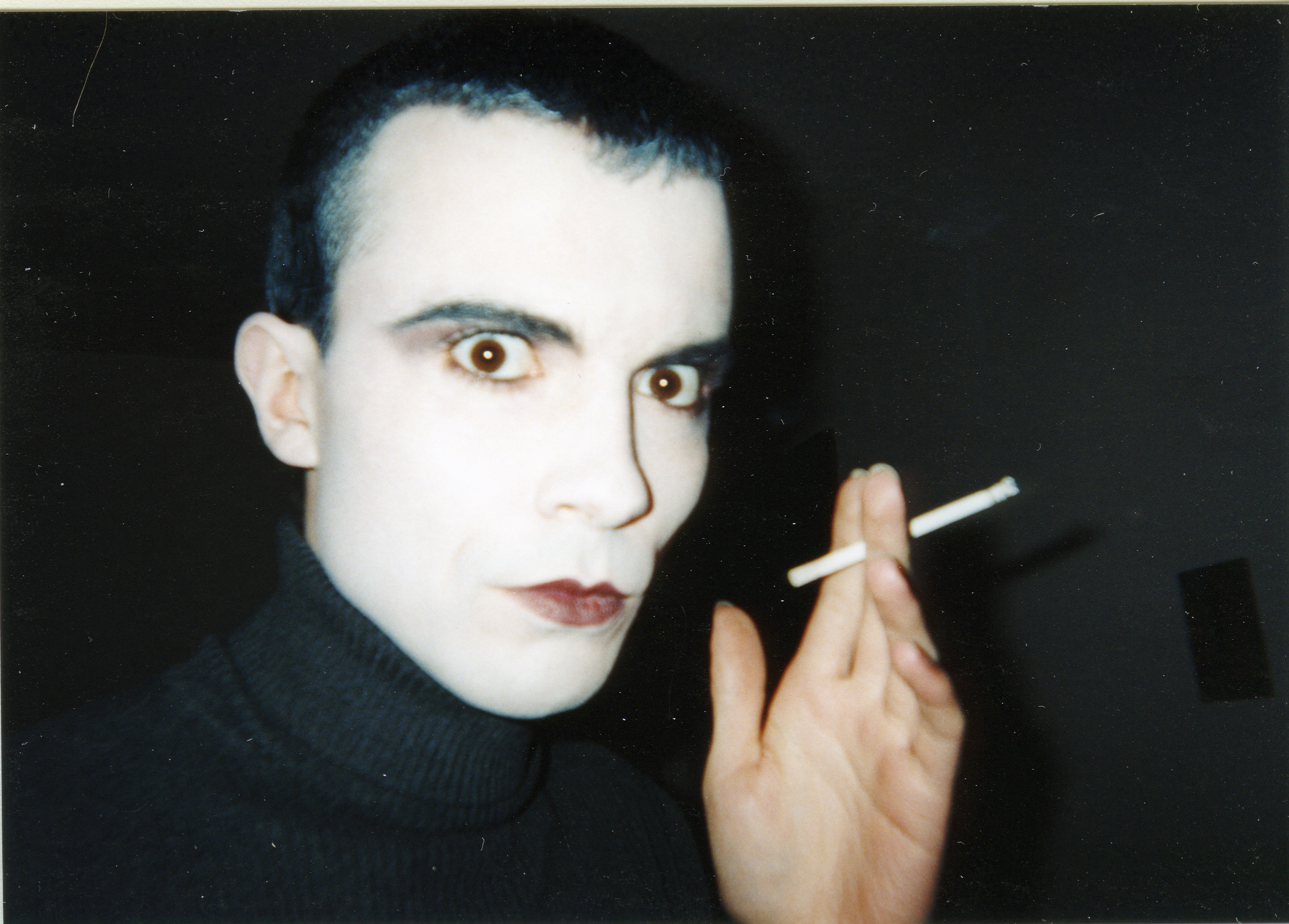 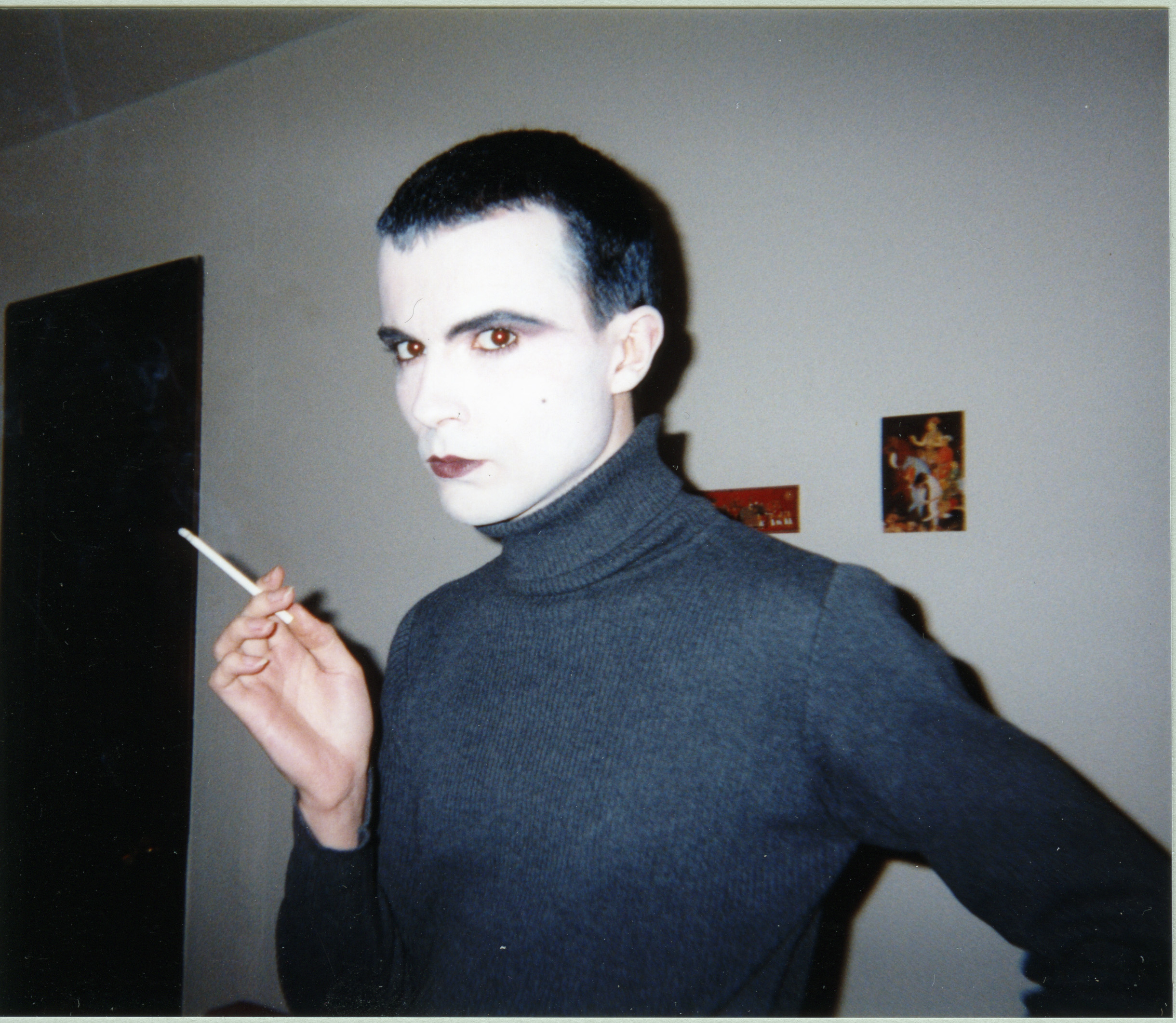