In conversation in LitFic panel “Preserving the Unicorn” at Triskele LitFest

I was chuffed to join Galley Beggar Press publisher Sam Jordison and novelists Dan Holloway, Sunny Singh, Catriona Troth and Alex Pheby, in a zippily-titled event on 17 September called “Preserving the Unicorn”, which was the Literary Fiction panel at the Triskele LitFest 2016. Steered by the generous moderation of Catriona, the conversation was a sparky round of fun, whose mission was to explore (in the words of festival organisers Triskele Books) “how novelists and editors work together when a novel’s text, at first sight, defies conventional wisdom about how a narrative ‘should’ be put together. Ground-breaking novels, by their nature, break the rules. How does an editor work to hone such a text, without destroying the unique magic the author has created?”

As shown at Triskele’s blog and in the video-player here below, Dan’s and my contribution comprised (1) a song-and-dance routine, closely followed by (2) a soft-shoe shuffle (well OK, maybe not literally those things, but spiritually so, you understand). We also talked about the great editorial input he’s providing to my upcoming novel The Beasts of Electra Drive through his Rogue Interrobang service. And Sunny and Alex focused on their editorial journeys at Quartet Books and Galley Beggar respectively.

Many thanks to all the Triskelites for having me aboard. And thanks in particular to Catriona Troth for organising much of the whole festival, reading the words of all unicorns beforehand and firing intelligent questions at us; and to JJ Marsh for conceiving of and naming the panel. Below are a few snapshots.

And regarding the actual novel that I was babbling about…

From Hollywood Hills mansions and Century City towers, to South Central motels and the oceanside refinery, The Beasts of Electra Drive by Rohan Quine spans a mythic L.A., following seven spectacular characters (or Beasts) from games designer Jaymi’s created world. The intensity of those Beasts’ creation cycles leads to their secret release into real life in human form, and their combative protection of him from destructive rivals at mainstream company Bang Dead Games. A prequel to Quine’s existing five tales, The Beasts of Electra Drive is a fast-paced and surreal explosion of glamour and beauty, horror and enchantment, celebrating the mechanisms and magic of creativity itself. 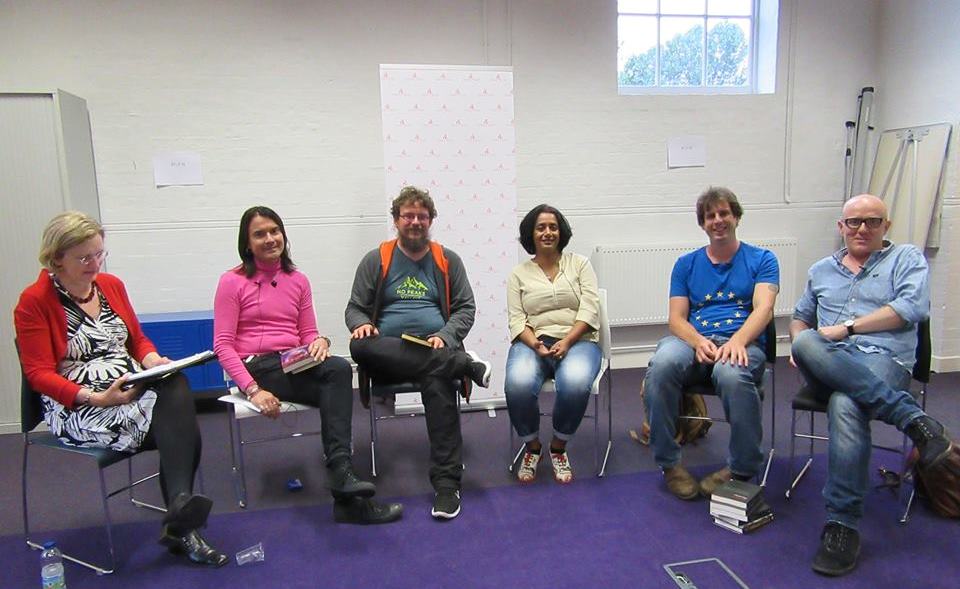 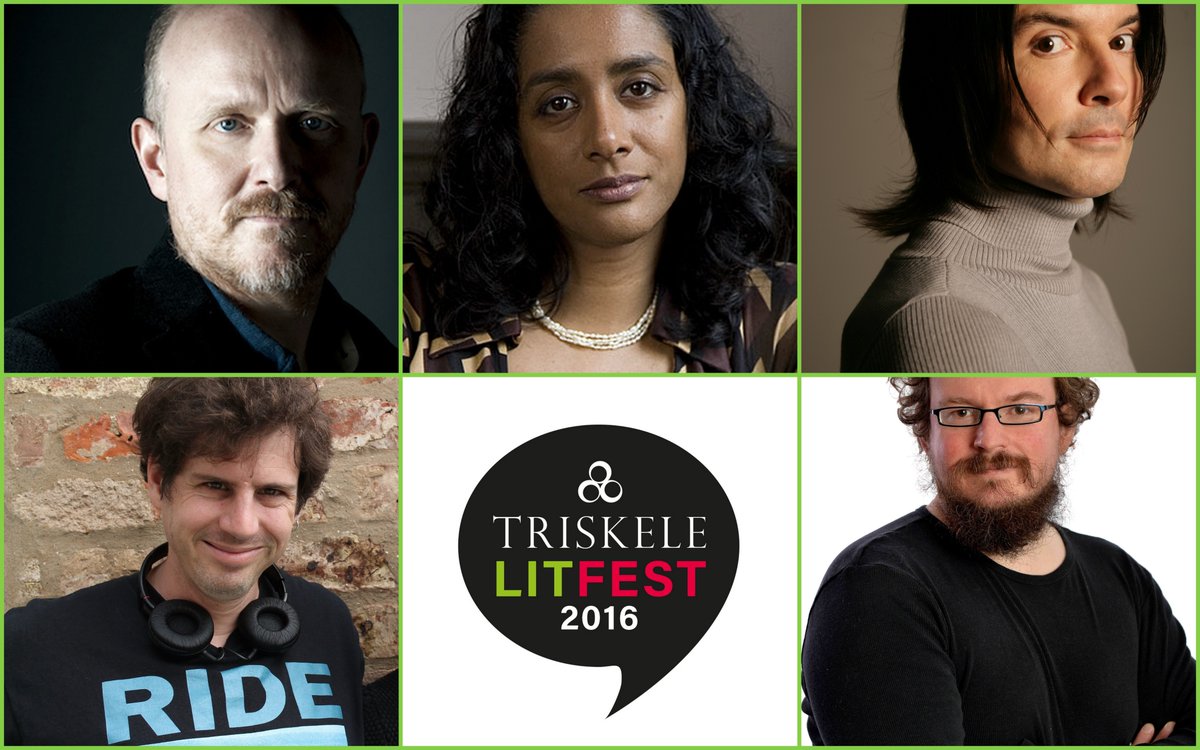 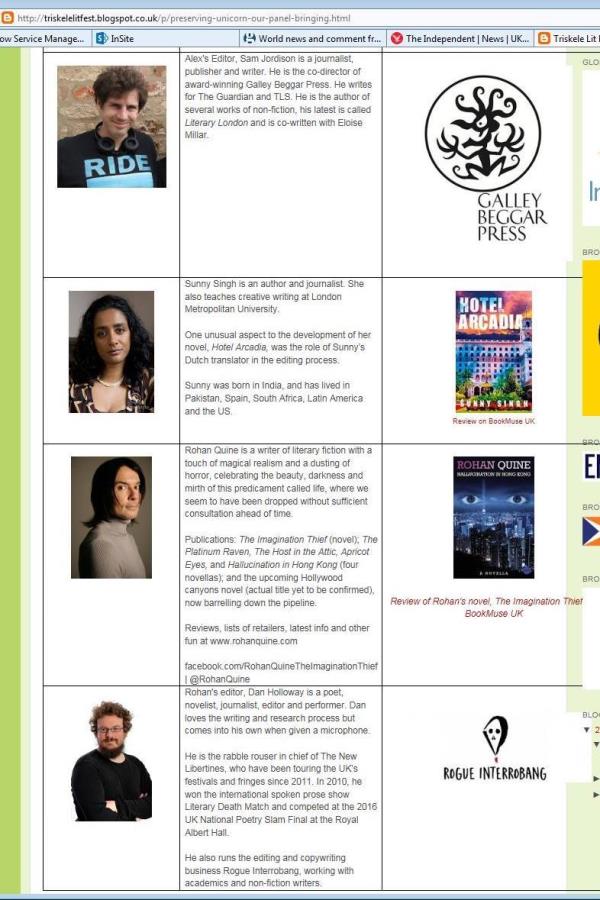 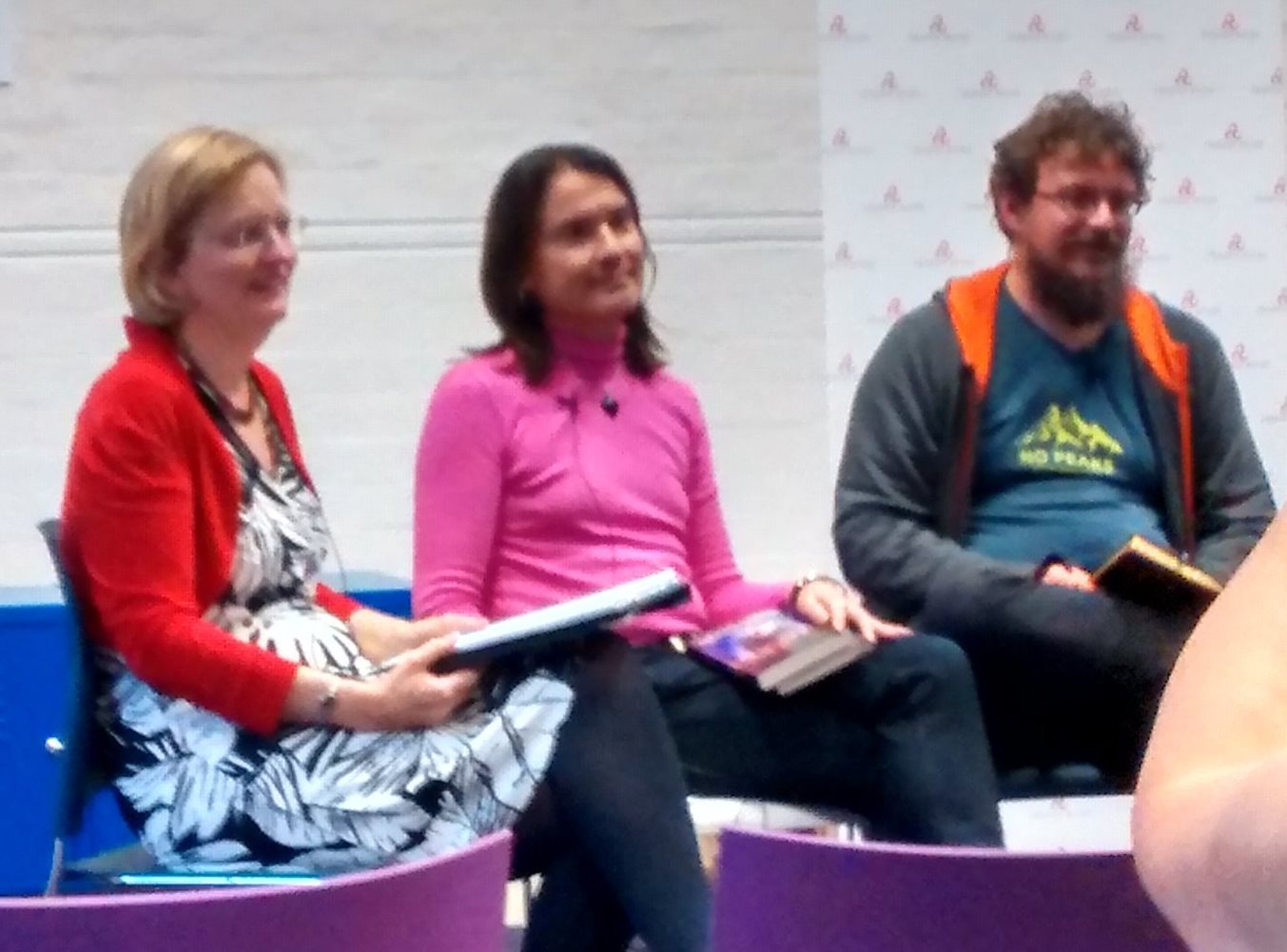 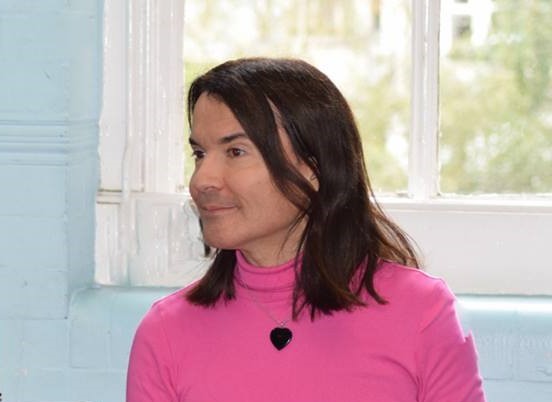 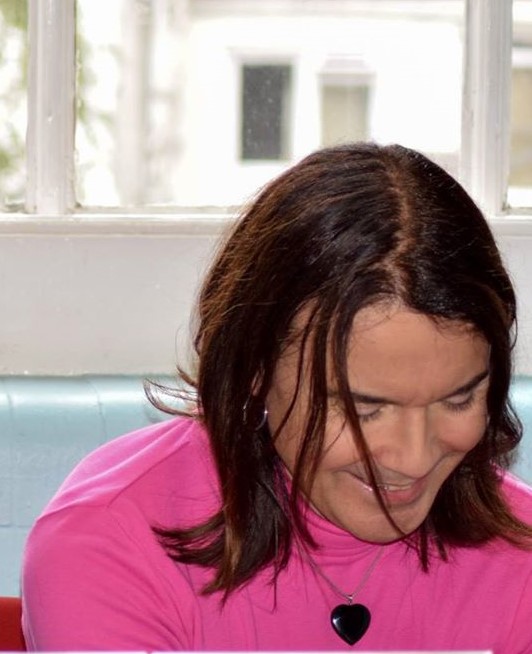 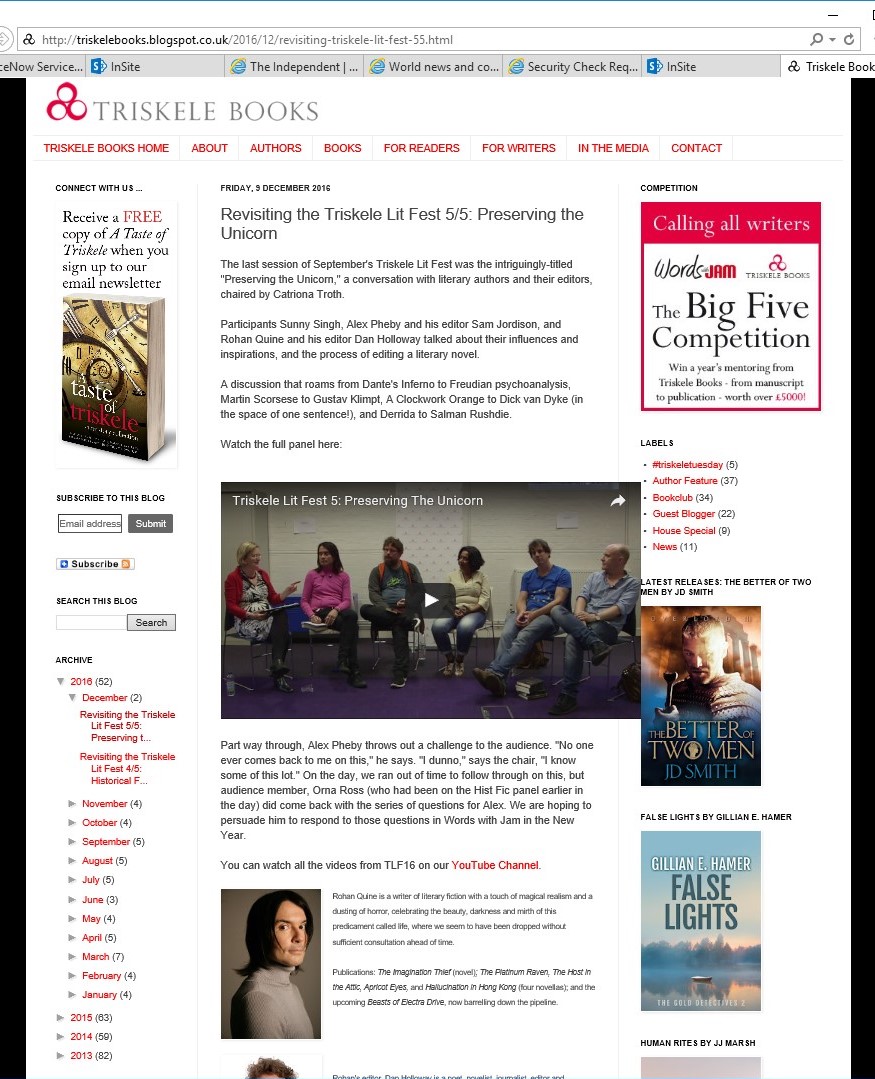 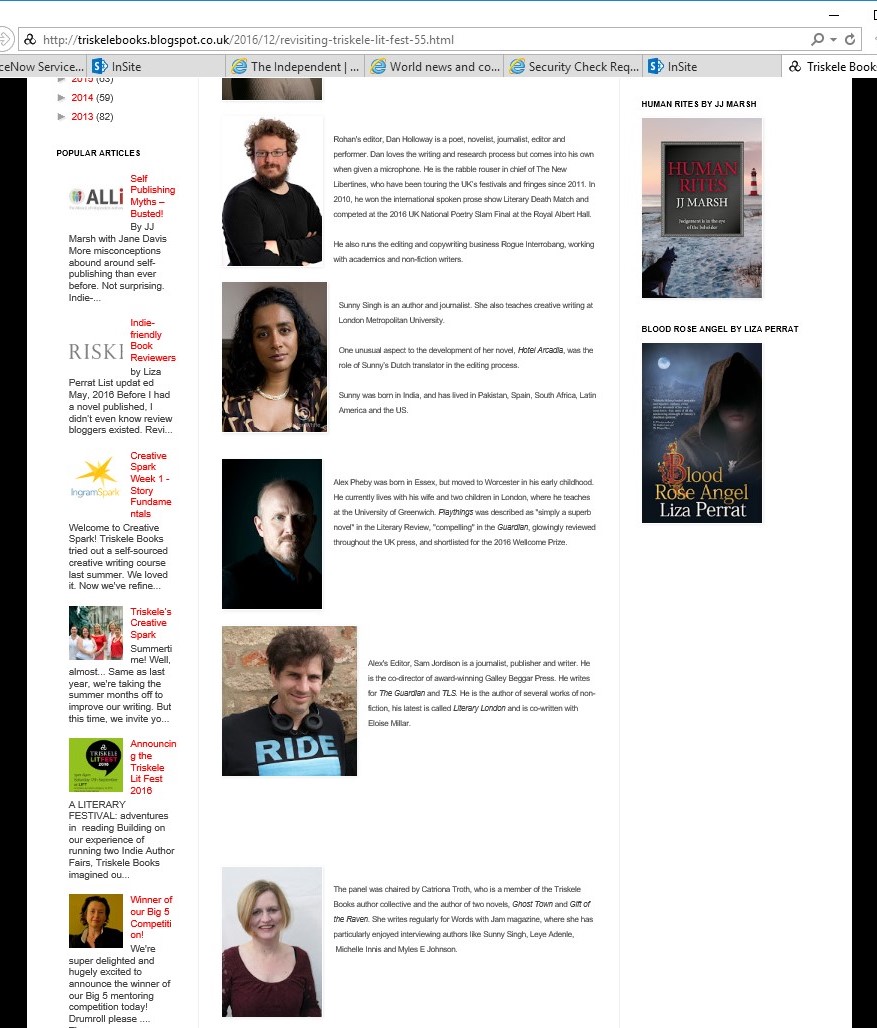