It was great fun to perform the full text of The Imagination Thief recently, reading to camera through an autocue, with spongy walls of off-camera foam on either side of me. The resultant audiobook format of the novel is just starting to appear at the first few audiobook retailers, like a little dark orchid, as listed here:

The resultant video-book format of the novel is free to watch at:

And for some short-’n’-snackable teasers from the above (some of the teasers being less than a minute long), see here:

The video-book and audiobook formats both resulted from the same recording, and are both complete and unabridged versions of the novel, with the same text as in the paperback and ebook formats.

For general juice and sugar about The Imagination Thief, see here.

For some great reviews of it, see here.

Links to the retailers of all the formats of the novel are here. 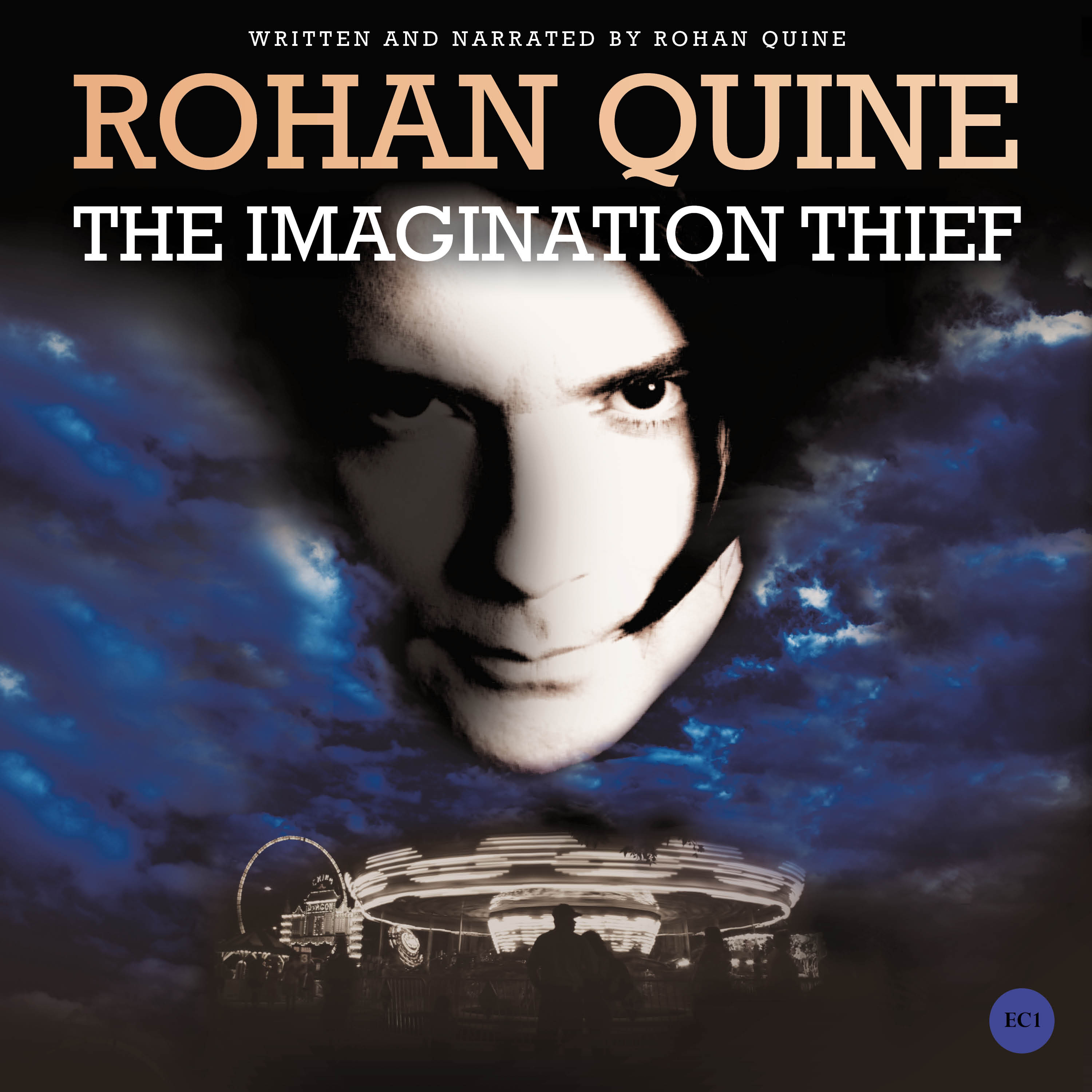 The Imagination Thief by Rohan Quine is about a web of secrets, triggered by the stealing and copying of people’s imaginations and memories. It’s about the magic that can be conjured up by images of people, in imagination or on film; the split between beauty and happiness in the world; and the allure of various kinds of power. It celebrates some of the most extreme possibilities of human imagination, personality and language, exploring the darkest and brightest flavours of beauty living in our minds. 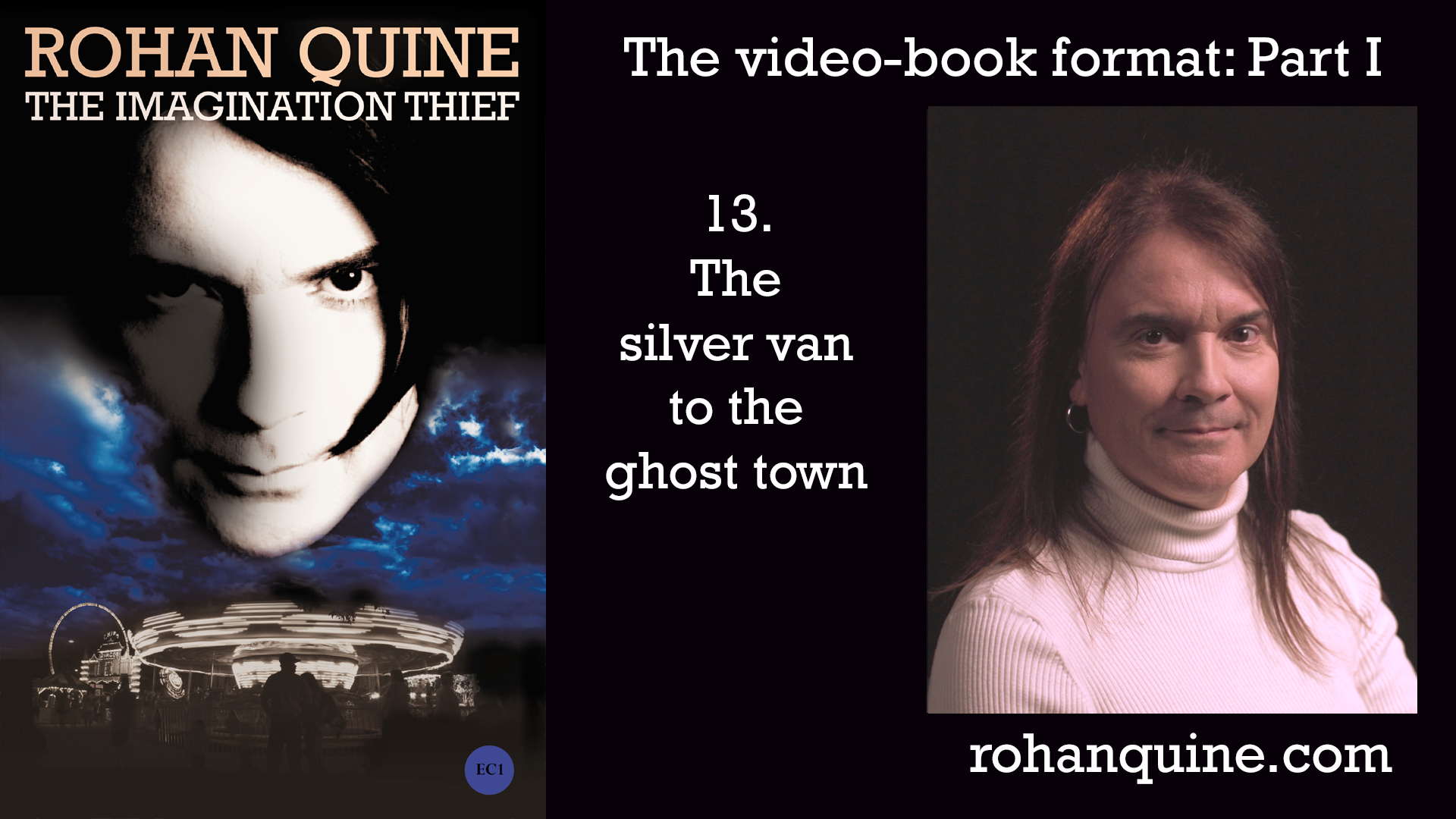 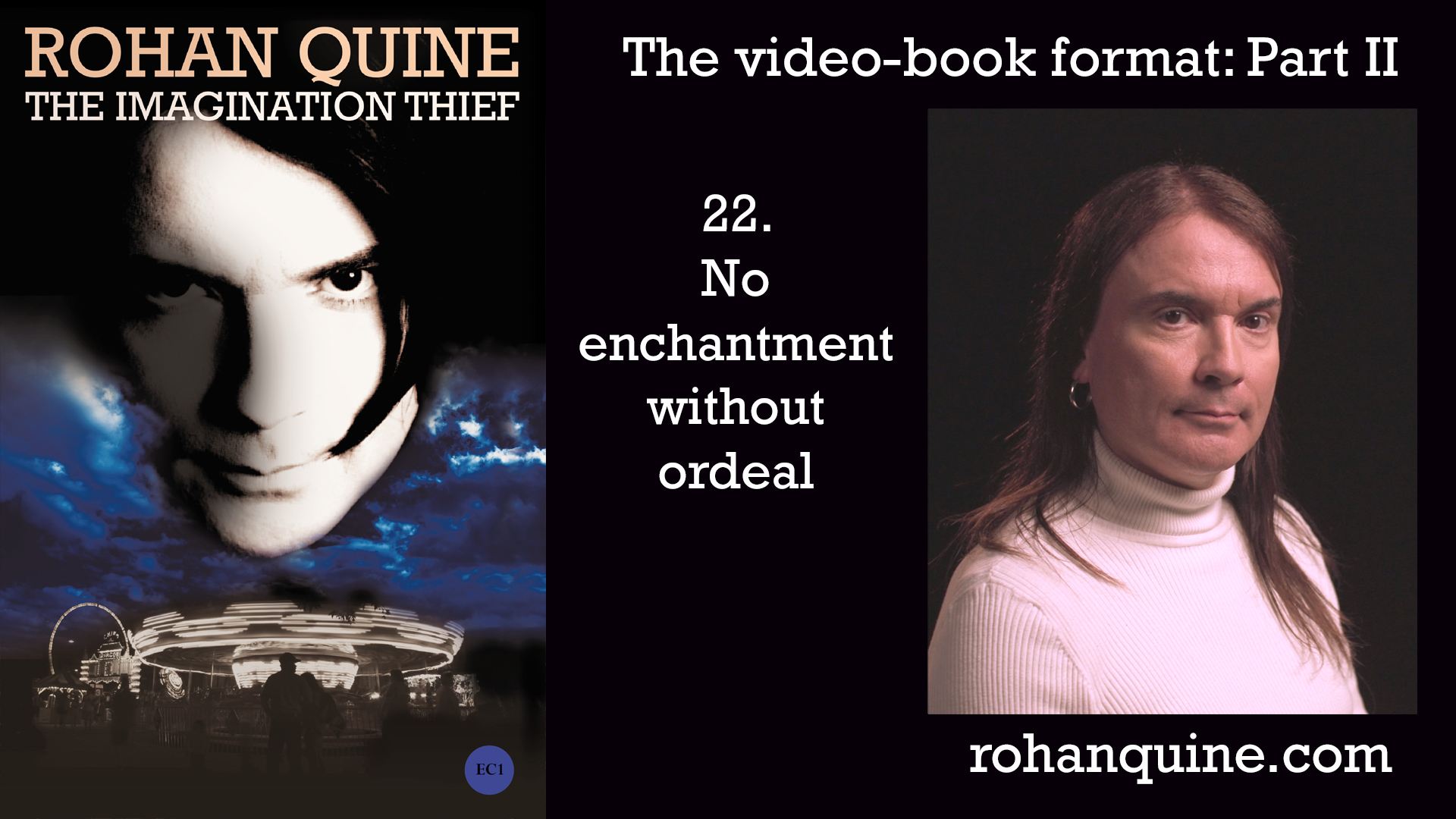 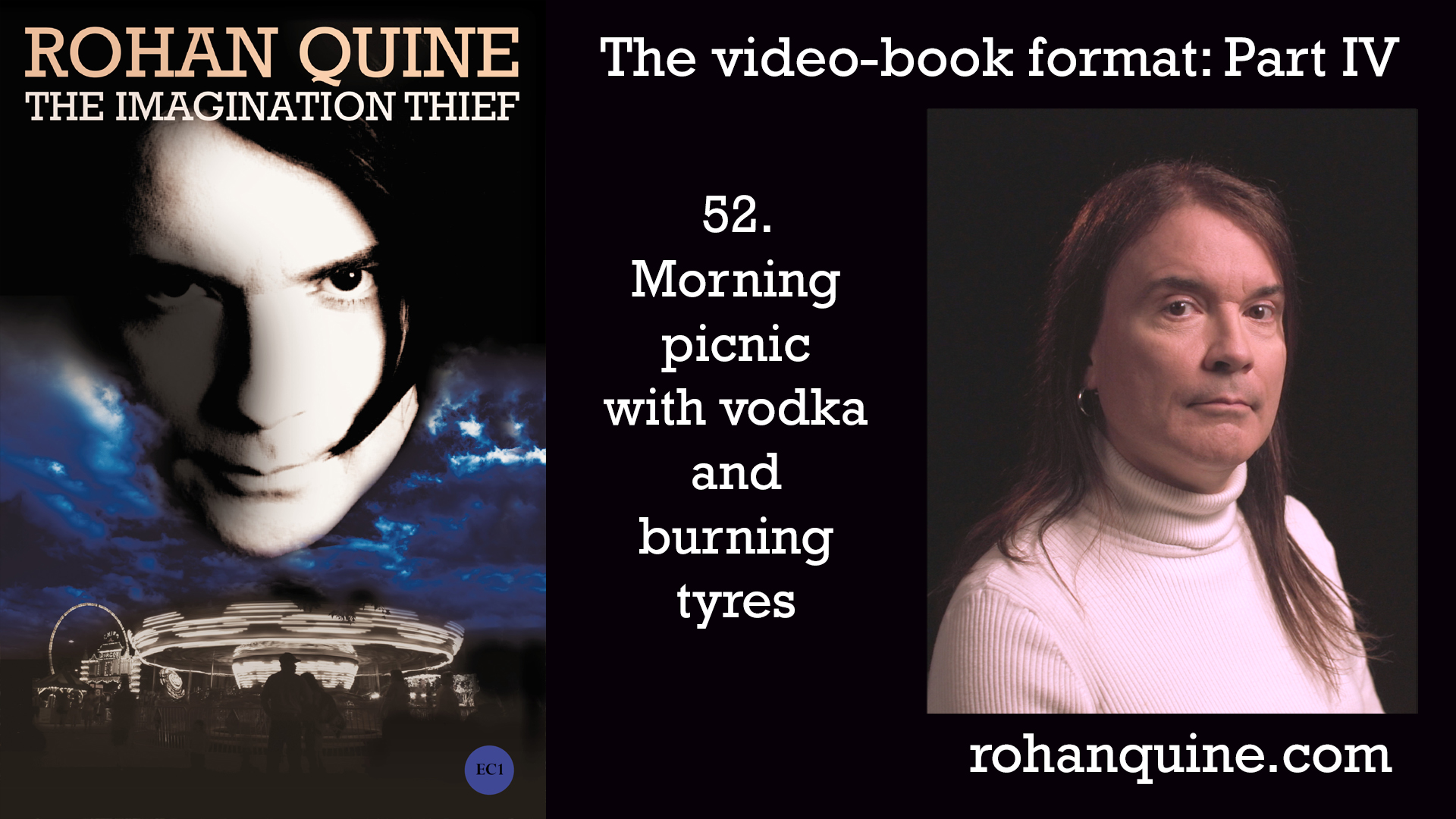 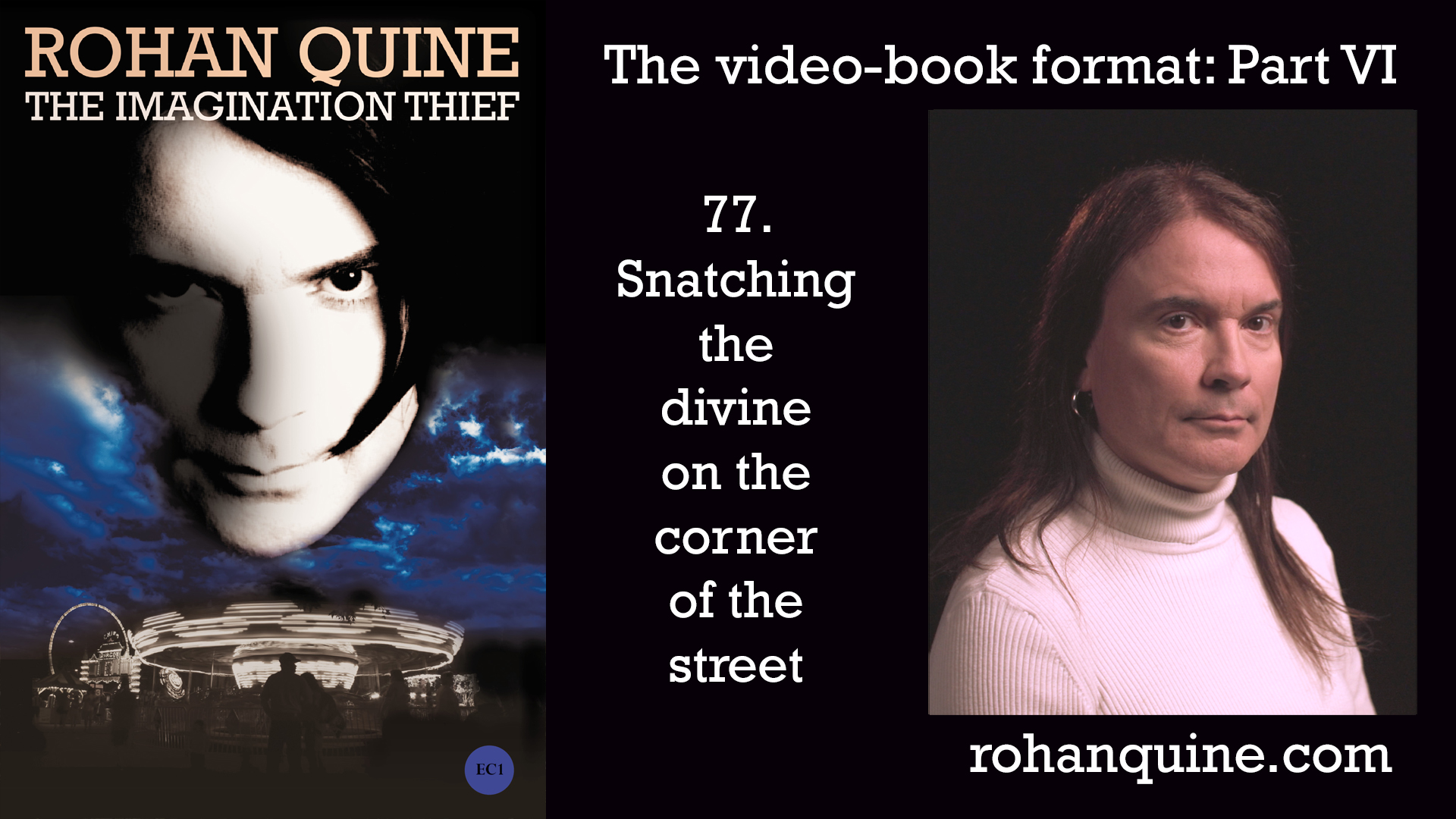 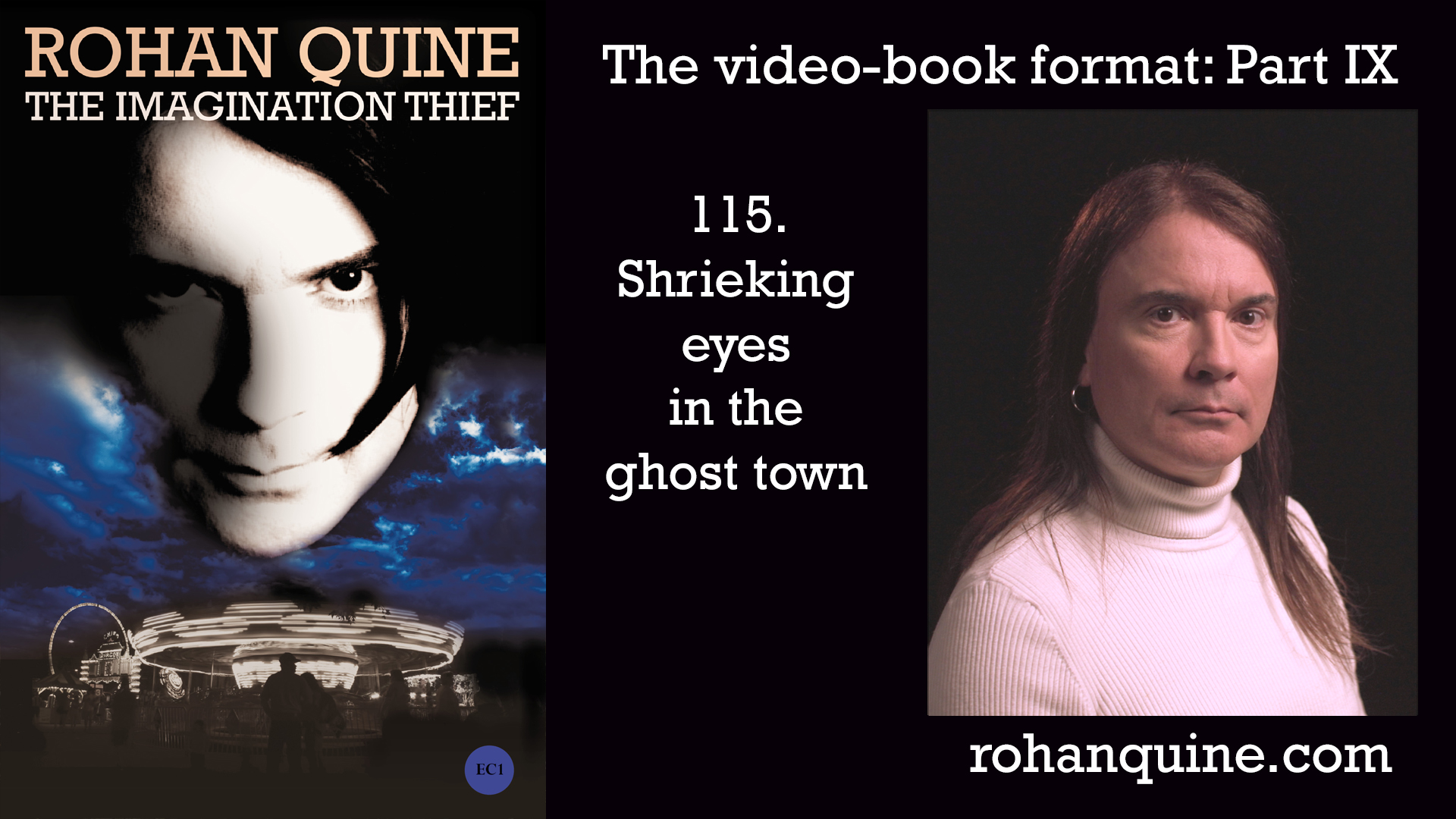 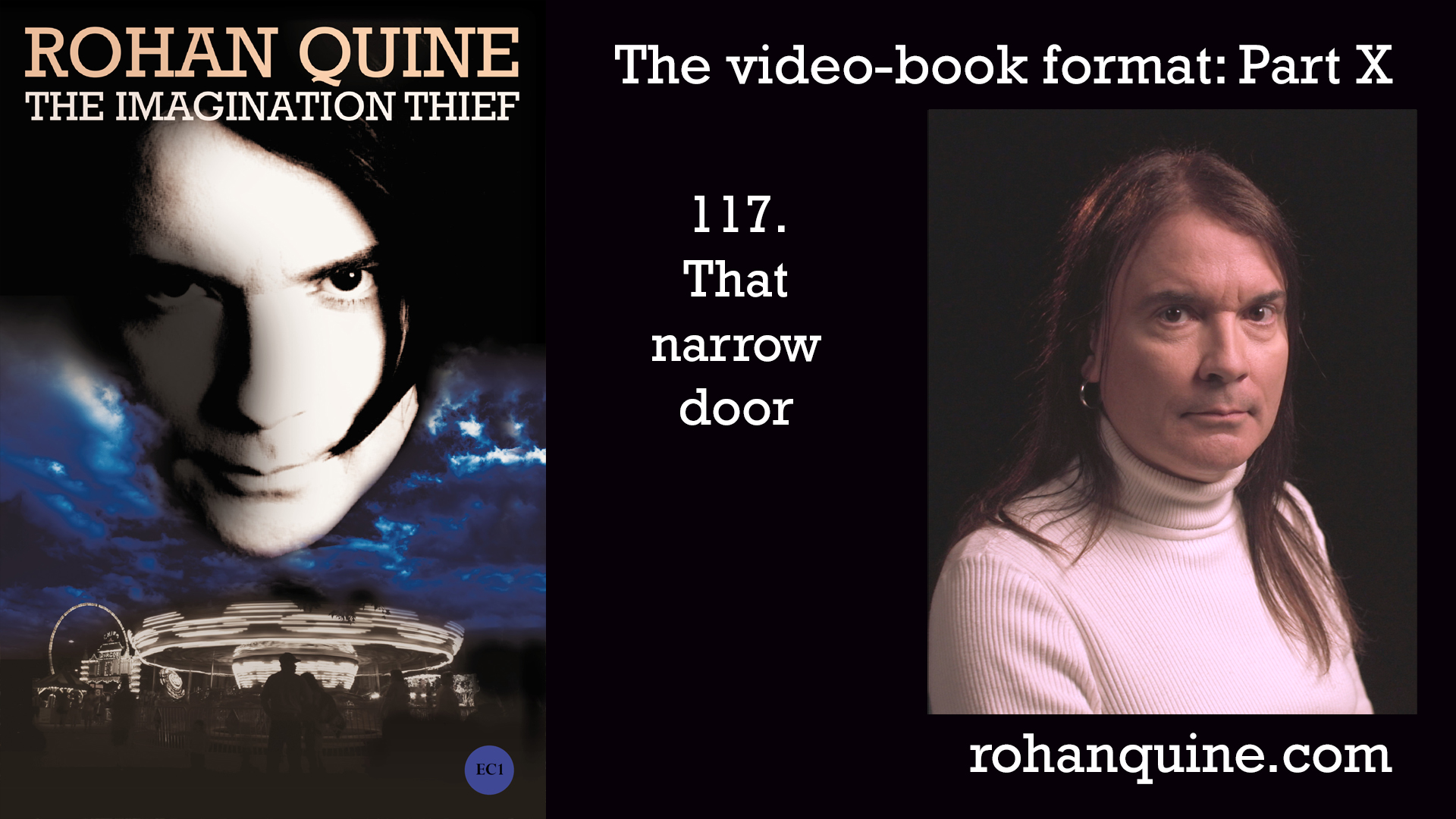