One of life’s benignest mysteries: the 4 novellas at Dan Holloway’s blog

“Rohan Quine is one of the most brilliant and original writers around. His The Imagination Thief blended written and spoken word and visuals to create one of the most haunting and complex explorations of the dark corners of the soul you will ever read. Never one to do something simple when something more complex can build up the layers more beautifully, he is back with a collection of 4 seamlessly interwoven novellas. They are available as one paperback, The Platinum Raven and other novellas, or as four separate ebooks […] suffice to say he is the consummate master of sentencecraft. His prose is a warming sea on which to float and luxuriate. But that is only half of the picture. He has a remarkable insight into the human psyche, and he demonstrates it by lacquering layer on layer of subtle observation and nuance. Allow yourself to slip from the slick surface of the water and you will soon find yourself tangled in a very deep and disturbing world, but the dangers that lurk beneath the surface are so enticing, so intoxicating it is impossible to resist their call.”

The above comment appears at http://danholloway.wordpress.com/2014/02/22/the-platinum-raven/. And I’m a fortunate bunny that we have Dan in the land, to slip so sharply through that slick surface and into such receptive and intelligent entanglement in those abysses. It’s a bit uncanny how he manages to reads so widely and deeply while also producing so much rich output himself on many platforms, in the absence of either (1) a harem of luscious pouting assistants and an army of literary screamers and preeners to help him out, and/or (2) a private income … but we shall all just have to keep pondering this, as one of life’s benignest mysteries! 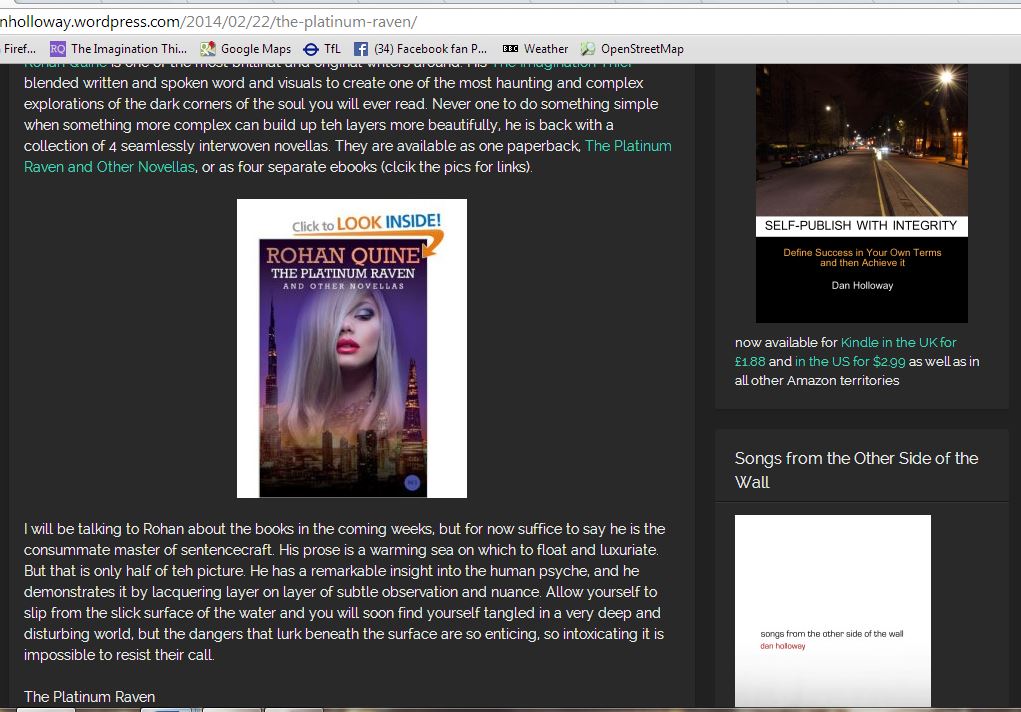 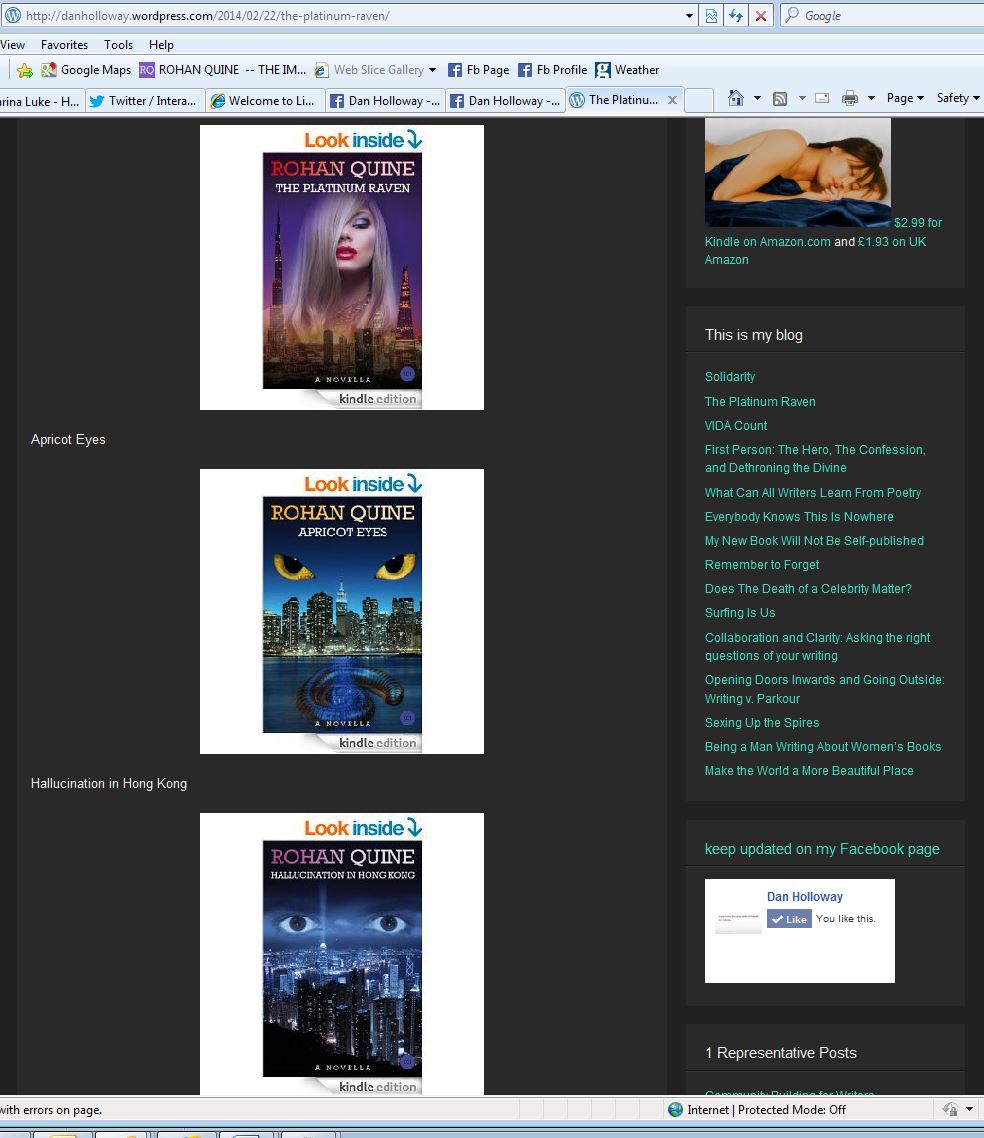 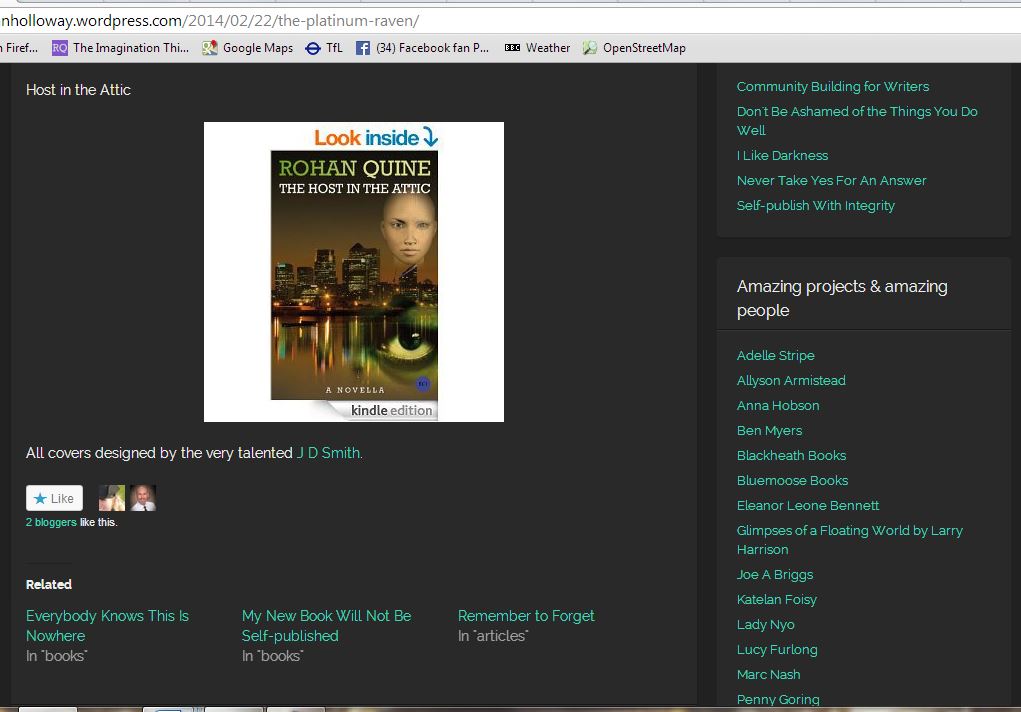