My “Undercover Soundtrack”: 26 links to music behind these 5 tales

It was fun to be prompted into a journey through some of the music that helped in the creation of The Imagination Thief and the four novellas, through being on Roz Morris’s “Undercover Soundtrack”:

There I mention Kode9 and the Spaceape, Madonna, Lana Del Rey, Marc and the Mambas, The KLF, The Orb, Ministry, Sinéad O’Connor, This Mortal Coil, Bauhaus, Bronski Beat, Cocteau Twins, Dead Can Dance, Erasure, Suede, Bryan Ferry, Genesis, Soft Cell, Roxy Music, Donna Summer, Kim Wilde and Diamanda Galás, and was given space to link to no fewer than 26 YouTube pages that add up to a feast of aural pleasure—so get those headphones ready (no tinny little built-in laptop-computer speakers allowed!). Thank you, Roz. 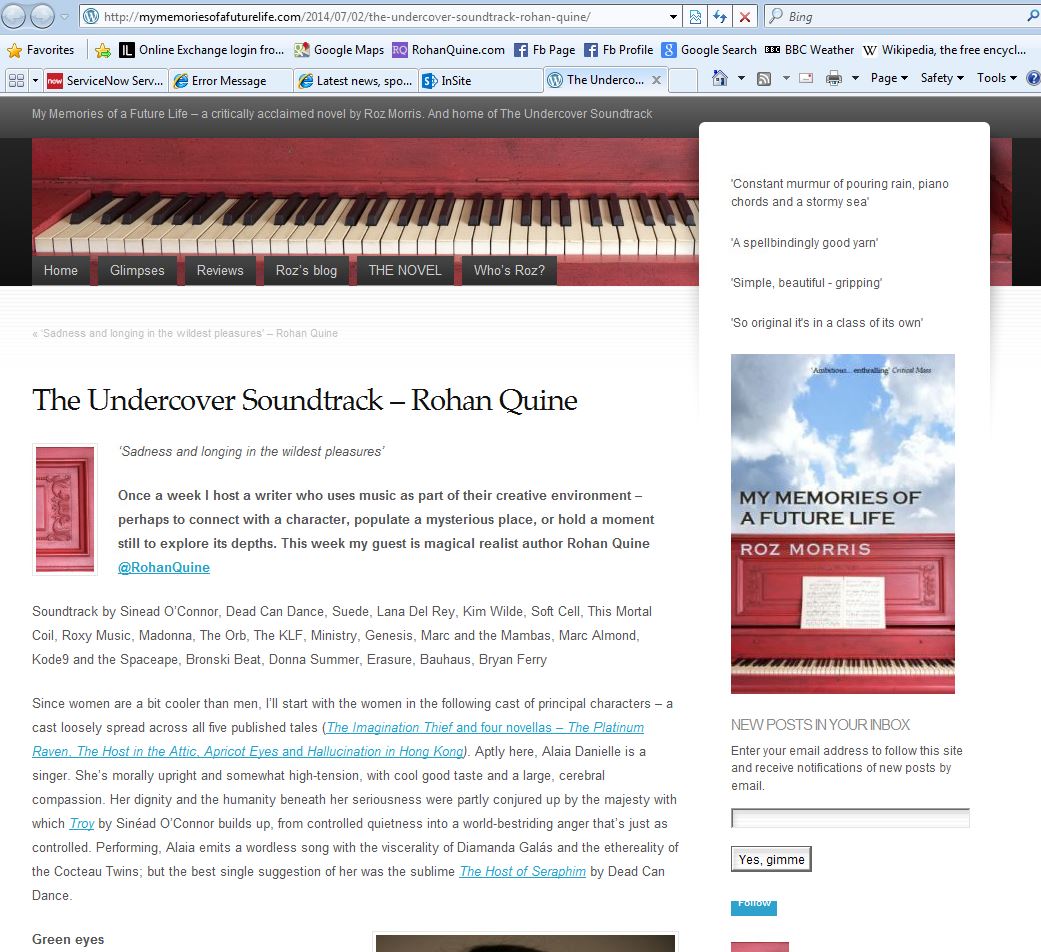 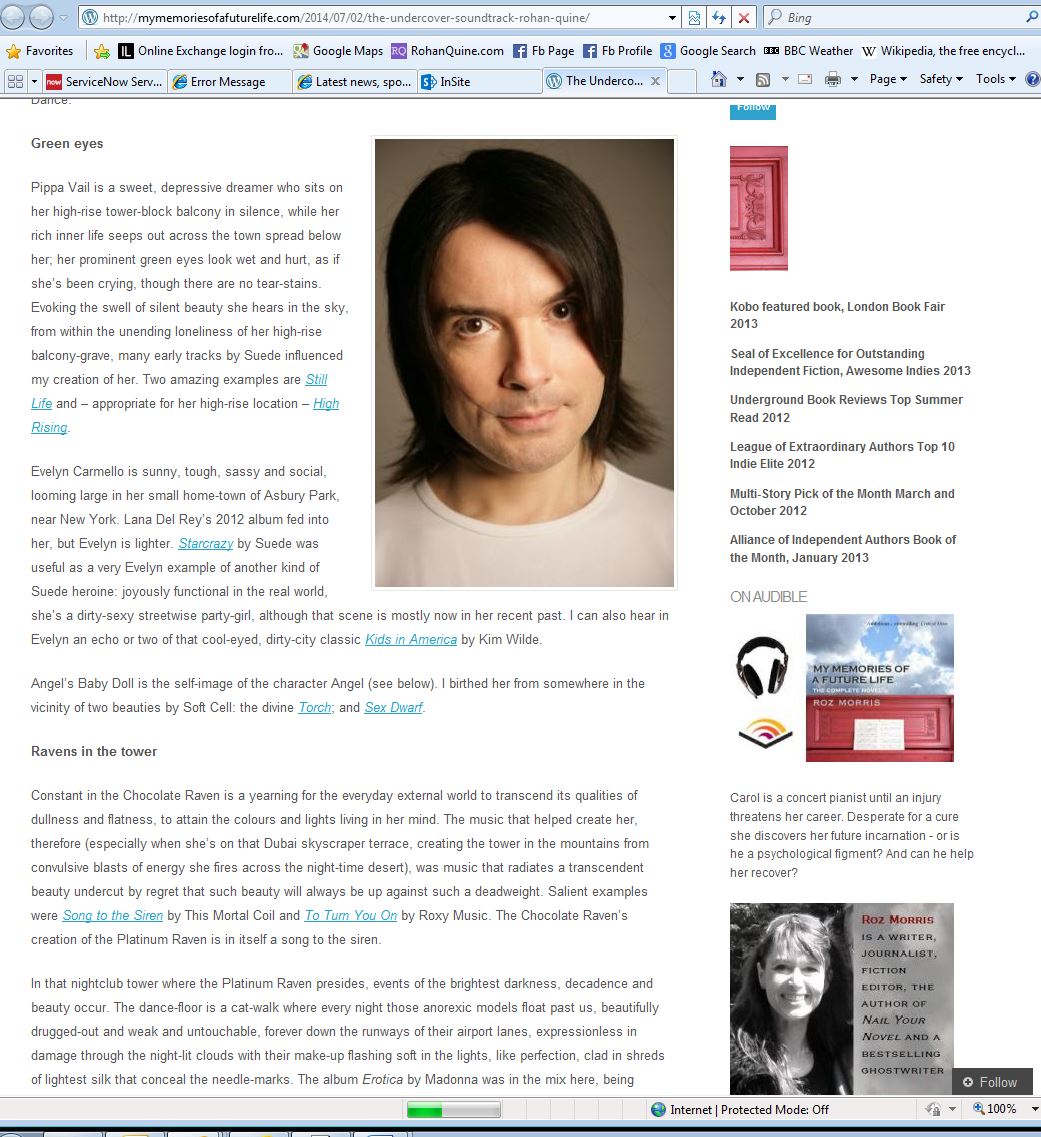 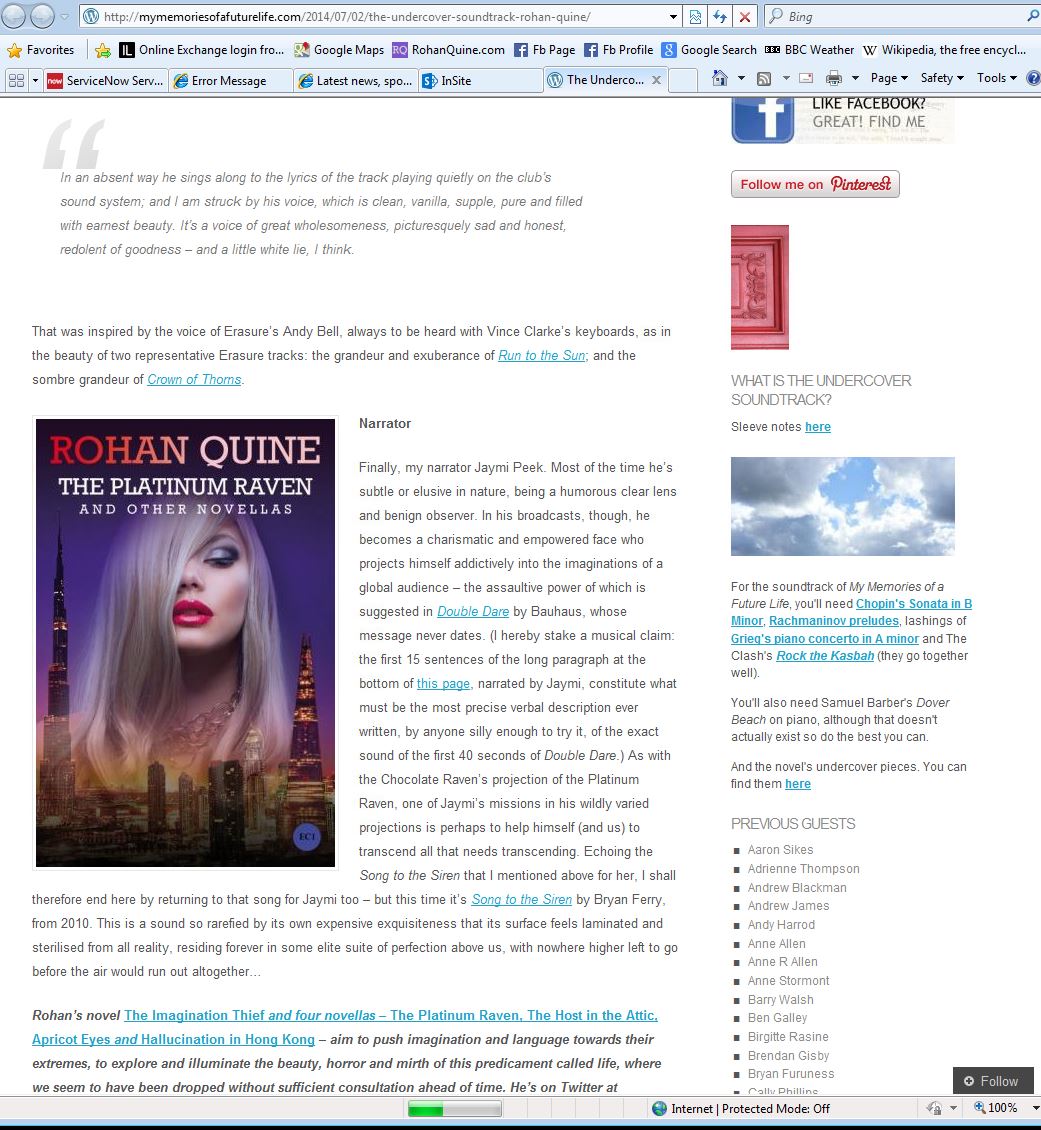