It was a pleasure to have a wide-ranging chat with literary journalist Howard Lovy, when I was chuffed to be the guest on his “Inspirational Indie Authors” podcast:

A transcript of our conversation is available, alongside the audio, on ALLi’s site:

Among other subjects, we talked about the flames at the heart of an artistic vision, when that vision is the most urgent use of its creator’s limited time on this little blue planet; about how such a vision is incapable of being bent, by market forces, into any other shape than its own authentic one; and about how its core reason-for-being is to be explosively and irreducibly itself to the max, with such force and beauty and rightness that it had to be what it is, and that serves up a gigantic and celebratory fuck-you to the world, expressing both the darkness and the brightness of its creator’s unique experience of being alive.

Aside from his good questions, I also like the groovy sound effects and brief musical embellishments that he’s made judicious use of, to mark the different sections. It would be cool to have the likes of those popping up around us all whenever we speak, even if we’re only buying a can of peas in the supermarket…

Many thanks to Howard for inviting me on—and for running such a civilised corner of the Interwebs, in these days when the politics of the world seem to be getting less civilised with every passing month.

The interview can also be found on: 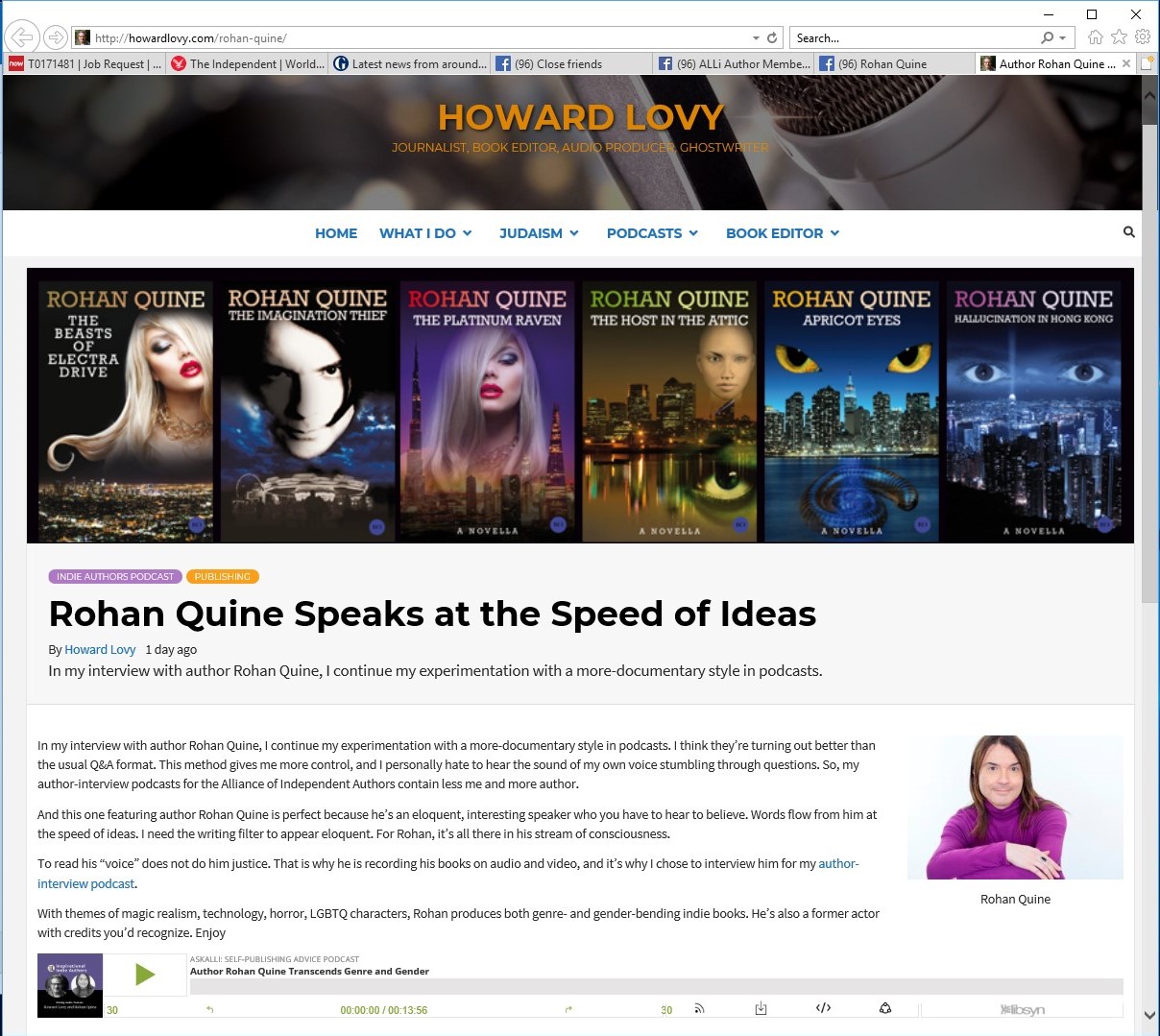