On 17 April 2015 at London’s most iconic bookstore, Foyles, Dan Holloway and I will be capering about onstage for your amusement, while making a serious point or three, during London Book Fair week:

That’s during the ticketed, less boozy part of the day. But a bit later we’ll be tucking into the carrot-juice, no doubt, after selling some books at http://www.foyles.co.uk/Public/Events/Detail.aspx?eventId=2519. It’s free to attend, so do come along for some fun and to pick up any springtime reading that may tickle your fancy, including my five tales: https://www.rohanquine.com/buy

…And (looking back on the event now) a grand time was had at Foyles on the 17th. Dan and I were provided with the title “Should Literary Fiction & Poetry Be Protected?”, to which our response comprised his beautiful rallying-cry of a poem “Because” (whose text is here) preceded by my talk (whose text is further down this page and also here). Here’s the video of us:

Text of my part of our talk, “Should Literary Fiction & Poetry Be Protected?”:

“This is an exciting era, with new digital possibilities opening up every month, it seems. And that’s fabulous. It sometimes feels as if we’re hardly in control of those developments—and that in itself is fun, and it’s probably good for us too. But we can still influence a few things, to some extent, sometimes. Which means it’s incumbent on us to try to do so, if we can discern a way of steering those things for the better—such as making sure this brave new publishing arena is fully on view and celebrated in all its variety. So here’s a question, just to throw into the mix.

One characteristic of this era is that secret and mysterious non-human algorithms increasingly act as virtuous spirals of market power, perhaps more than ever before. But let’s stand back from those less-human processes and consider an equally important, wider question. That question is: how can we ensure the longer-term good health (financial and cultural) of a sector of human endeavour whose richness and interest depend on the flourishing of a diversity of fiction categories, and not just the handful of categories that happen to sell at the highest volume? Solving this would benefit many electrifying writers whose voices would otherwise go unheard; but more importantly, it would also benefit readers and the wider culture.

It goes without saying that all fiction categories are created equal in themselves, with equal value and loveliness. But in both independent and traditional publishing these days, titles in literary and cross-genre categories are under more pressure than ever to justify their existence in terms of purely commercial competition with more mass-market genres. Pure market forces are fine, as far as they go. But they do seem to be this digital dynamic’s main source of oxygen, so far; and their nature just happens to ensure that only certain kinds of content tend to get organically promoted, for any given level of time or effort or money that’s available to be expended. And those kinds of content are all fine and beautiful in themselves (just as much as the more literary fiction categories); but the resultant incompleteness in the picture of the kinds of creative output that are really being published is something that should be revealed and addressed.

It’s often lamented that the variety and quirkiness of places like London’s Soho and Downtown Manhattan have suffered a big diminishment in recent years, as unique venues have been priced out and pushed out by well-lit, well-heated new branches of favourite high-street chain-stores that are already popular and well-trafficked everywhere else too. Echoing that gentrification process, the combination of retail algorithms and the media’s frequent focus on sales-oriented reporting tends to cause commercial fiction categories (beautiful as those are) to push literary fiction categories out of comparable visibility, to a greater extent in independent publishing than in traditional publishing. This is not the fault of commercial fiction authors themselves—of course not. But in any field, if certain categories of activity in that field have a tendency to end up effectively hidden from general view, then the landscape of that field starts looking quite a bit less richly varied than it really is. Unnecessarily so: this doesn’t need to be the case, if we put our heads together to address it.

Many a Starbucks branch has displaced many an indie coffee-shop. Both make equally excellent coffees and both are equally attractive in their own different ways. But what shall we and the media come up with, in order to make sure that the fiction-category equivalents of the small indie coffee-shop—e.g. literary fiction (including its more envelope-pushing varieties, but not only these)—can remain commercially viable, alongside the Starbucks-level profits that more commercial categories of fiction are already smartly achieving through independent publishing? New organisations, new coalitions, perhaps? All fiction categories are created equal; but in this current exciting era some categories tend to get edged out of visibility, in independent publishing at least, in favour of other ones. And this edging-out is a powerful shaper of the culture: so prevalent, that it’s able to hide in plain view, like an elephant in a room. Dan and I would therefore like to shine a light on this elephant! (It’s over there…)

I’ll close by saying that in urban planning, clever zoning innovations are sometimes introduced, to preserve or adapt the character of a retail district, in order to maintain its variety (but without being too restrictive on businesses large or small). Is some media equivalent of such zoning possible here? These innovations must surely be achievable … and they must be achieved, proactively. We just haven’t found them yet. So let’s find them!” 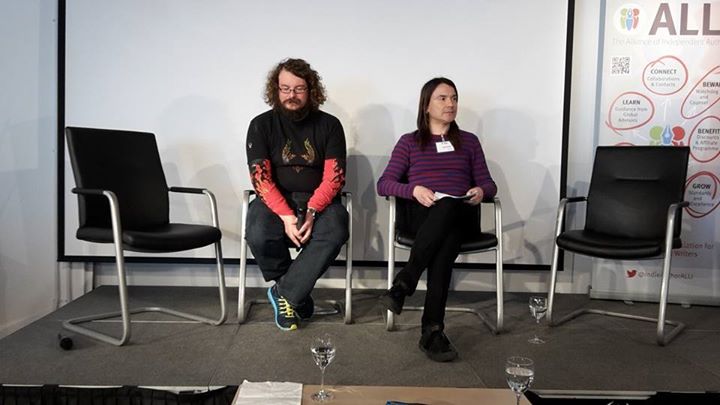 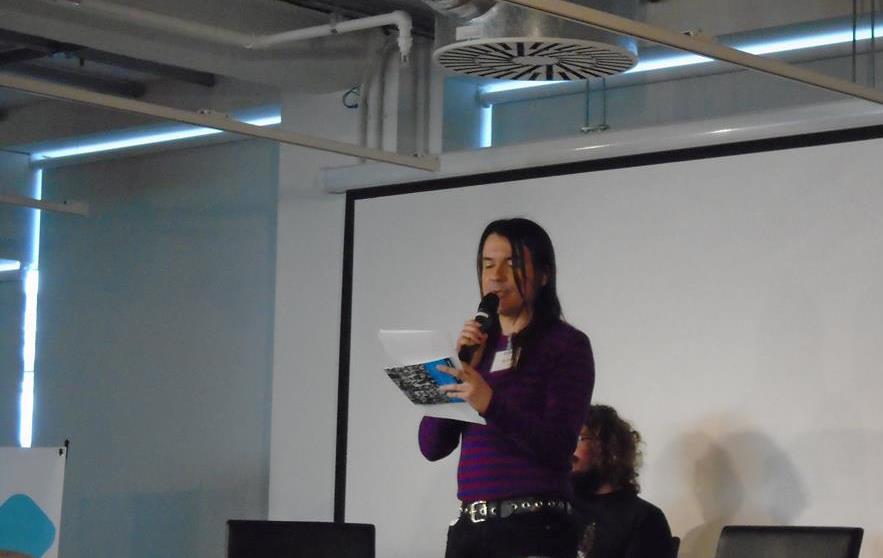 And here’s a moody close-up (photo by an anonymous underground star writer): 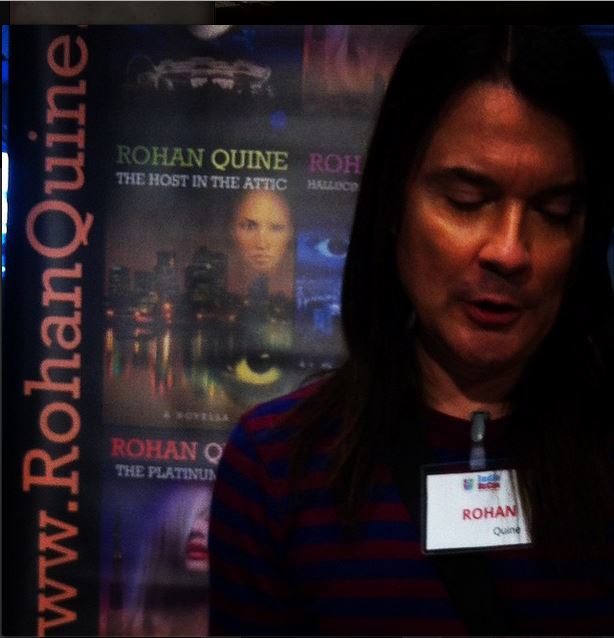