I’m grateful for the comparison with Sergio De La Pava, winner of 2013’s PEN/Robert Bingham W. Prize—a “comp” made by novelist/poet and literary-cultural commentator Dan Holloway in his recent SPR magazine article at http://t.co/VSJZDfo5s8, in a kind mention of The Platinum Raven and other novellas:

“It would be remiss of me not to take this opportunity to bring people’s attention to a truly remarkable book. Rohan Quine writes right at the boundary between literary fiction and experimentalism, and his new collection of four novellas, The Platinum Raven and other novellas, is a genuine masterpiece. This guy is as good as De La Pava, and deserves to be the next self-published literary author to cross over into mainstream consciousness.”

In the week since Dan wrote that, De La Pava has also become a shortlistee (is that a word?) for the Folio Prize 2014—a brand-new prize occurring for the first time this year. 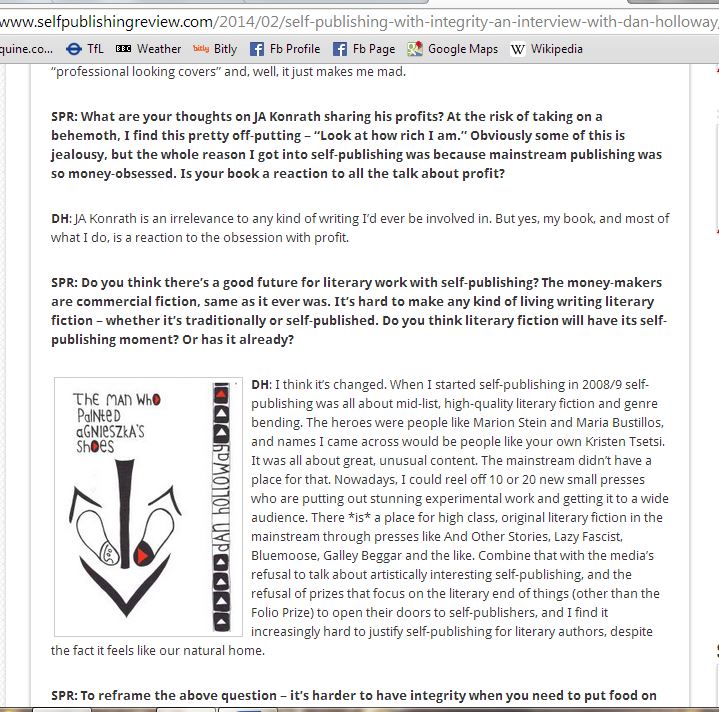 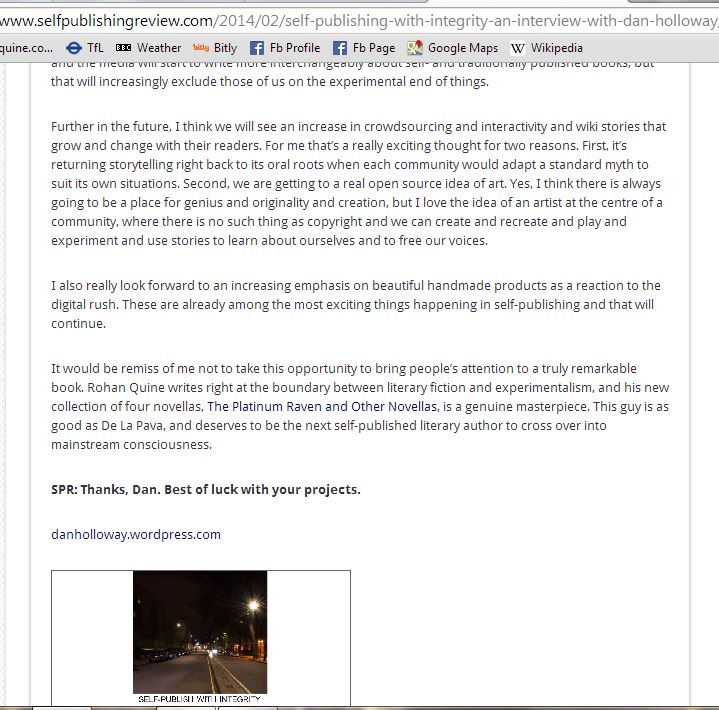