The Beasts of Electra Drive in “What’s Hot London?”

With its publication date occurring in April 2018, my novel The Beasts of Electra Drive hasn’t stepped out into visibility quite yet. But it is slowly beginning to peep out into the world, ahead of time, from one or two places here and there.

One place is in What’s Hot London?, a magazine that celebrates what’s going on culturally in this town. The Beasts of Electra Drive is mentioned in a piece that has just appeared there, called

—such international focus being a healthier approach than ever, in this era when myopic nationalisms seem to be enjoying a global resurgence. The overseas flavour in my book happens to be that exotic foreign civilisation known as … Los Angeles! (In particular the Hollywood Hills, whose culture really is pretty strange in some ways.) My thanks to @EddieSaintJean at @WHotLondon. 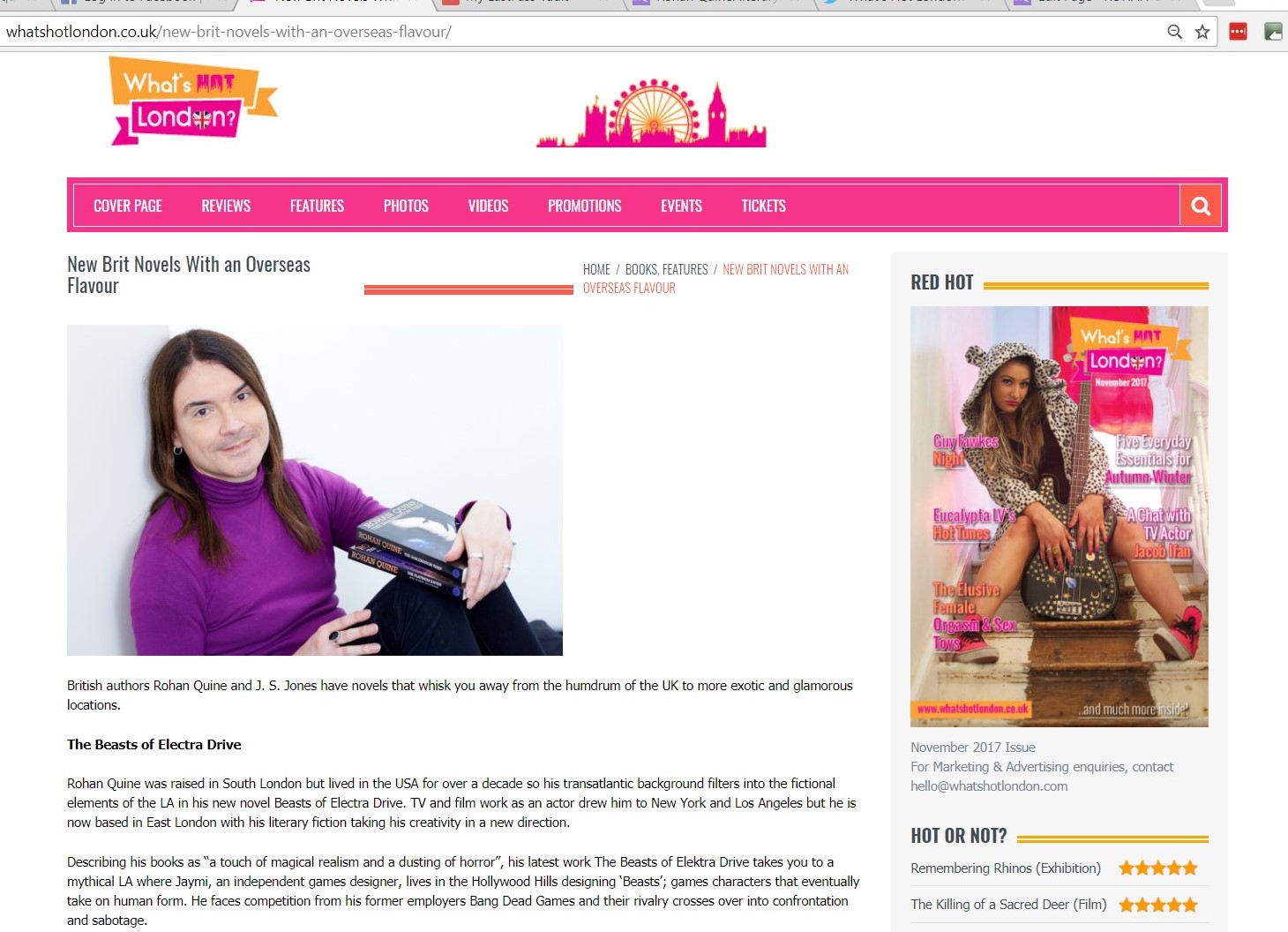