[Text:] [Julie:] How does it feel to be in a relationship for six years?

Oh, very lucky, very lucky. Our surface has been very calm through the years, there’s not really been apparent ups and downs. I’m vaguely aware of sort of concealed jaggednesses here and there, but they’ve really been very small over the years. You know, hardly ever have we shouted at each other, it’s hardly ever happened, and it’s just been a great companionship and sensuality and… As he once said, it’s not been “hot and messy”. He said this with a trace of an idea that that might, that’s perhaps in some ways a shame, but also I think he knows as well as I do that there are many good things about not being hot and messy in a relationship. For one thing we’ve survived. It’s been very rich and sort of adult … and very cool! Just a big, rich gift, basically.

We had a bunny, my boyfriend and I had a little rabbit, for a while, a little white bunny that was discovered on the street, on Avenue A and Seventh Street. I like bunnies too, bunnies are wonderful. [Name of rabbit:] Nemesis!

I just don’t like the sort of bouncy masculinity of dogs, I like something sleeker, more catlike.
(See video here.) 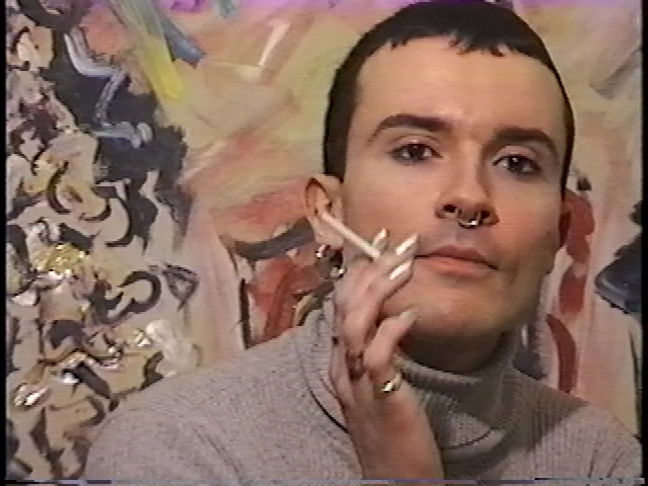