This was one of the earliest projects (maybe the earliest) after I arrived in NYC—a short silent film by a film student. It’s simple, but it’s sweet, shot in a romantically sunlit Central Park on a summer afternoon, with a flavour that somewhat evokes the feeling of some long-vanished and illusorily innocent New York City of yesteryear, preserved here on flickery black-and-white 16mm or 8mm celluloid.

In this little tale, “Two Girls, One Guy and an Umbrella” directed by John C. Sheehy, our male protagonist decides just to walk away from his complex emotional entanglements with two young women who are arguing with each other, and simply goes off with me instead, across Central Park’s Sheep Meadow towards those Midtown skyscrapers, and into the sunny distance together. (58”)
(See video here.) 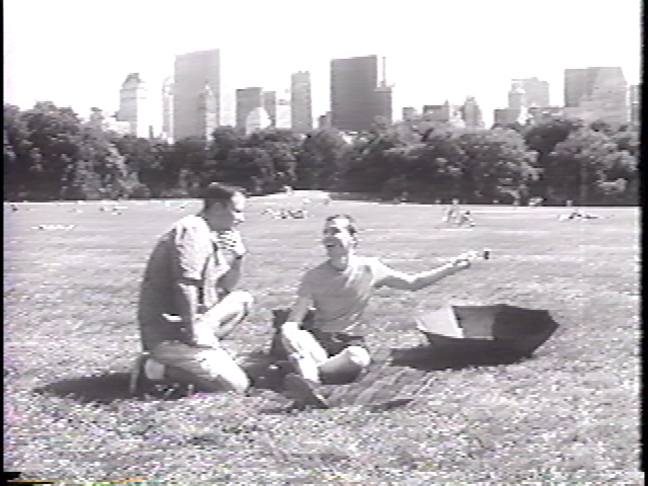 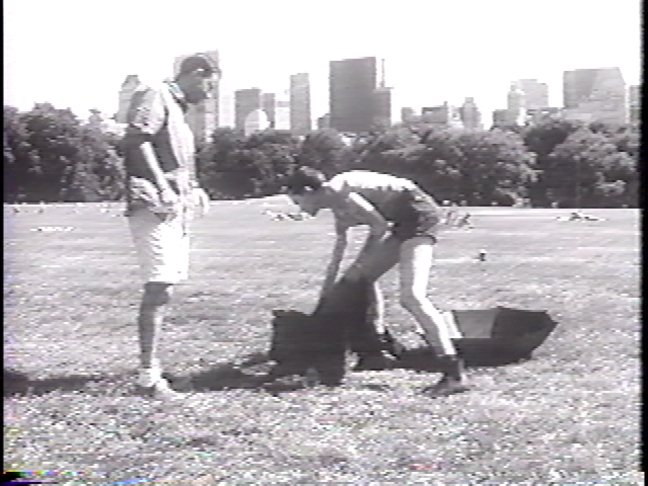