Alongside the recent day of literary delights at Foyles in April (part of the London Book Fair’s Book & Screen Week) organised by ALLi and Indie ReCon, the book distributor Ingram Content kindly let me rabbit at them in another video chat about these five tales:

Many thanks to Ingram’s Andy Bromley for the interview. A transcription of it is further down this page.

Transcription of this Foyles interview, as edited:

The name is Rohan Quine and the main title of the book is The Imagination Thief, and there are also four novellas called The Platinum Raven, The Host in the Attic, Apricot Eyes and Hallucination in Hong Kong. So, five titles so far—working on number six.

Well, marketing works best with a sleek, single genre. So for that reason I carefully selected three cross-genre categories … just to make things real easy for myself! [The five tales’] DNA is Literary Fiction, but there’s also very much a touch of Magical Realism going on in them, and a dusting of Horror, let’s say.

They’re a love-bite to the world. The world needs slapping across the face, for treating people as badly as it does, in many cases. I’m lucky just to be able to sit here and speak with some vague coherence, as I may be, but many people are slapped very hard by life in very many ways. And I think life sucks for doing that to people. I don’t know why it does it to people (nobody does, we none of us know, do we), but it does; life really beats some people up. As well as elevating and embracing others. It’s just this grand, messy, strange, glorious machine that we’re in. And we’d better love it as best we can, because we don’t have much choice over which machine we were put in: we were dropped into this one, whether we like it or not!

There are some supporting characters that I don’t have any part in. They were just useful to the plot, and in one or two cases I sort of took them from real life or melded different people in real life, to make them.

[By contrast, concerning the ten lead characters in the five tales (namely Alaia, Evelyn, Jaymi, Kim, Shigem, Angel, Pippa, Amber, the Chocolate Raven and the Platinum Raven):] there’s part of me in all of those [ten leads]. So, there’s a joyful sassy street-wise woman called Evelyn, there’s big-time part of me in her. And there’s a depressive dreamer [Pippa], a quiet dreamer who sits on her high-rise balcony alone, saying nothing, looking out, absorbing all she sees around her; even she’s somewhere in me too, I love her. And there are many other characters: there’s a dark, fierce sort of character [Angel, a.k.a. Scorpio], all kinds of shades of characters, light and dark, high and low, and I’m somewhere in all of [those ten], yes.

It’s a slow burn, because of what I write—slow but sure. In other words, certain authors (whom I greatly respect) are writing in categories where there is more of a ready-made community—or rather, to be more precise, a community that’s more accessible through established recognised channels. If you’re barmy enough to write what can loosely be called literary fiction, [on the other hand,] that’s less easy; that element of the task of doing what I’m doing here is less easy. It still happens, but over a longer slower-burn time-scale!

Ingram’s previous video interview with me at Triskele Books’ IAF in November 2014, which had a slightly more behind-the-scenes focus on the writing itself, is also online, along with a transcription, at: 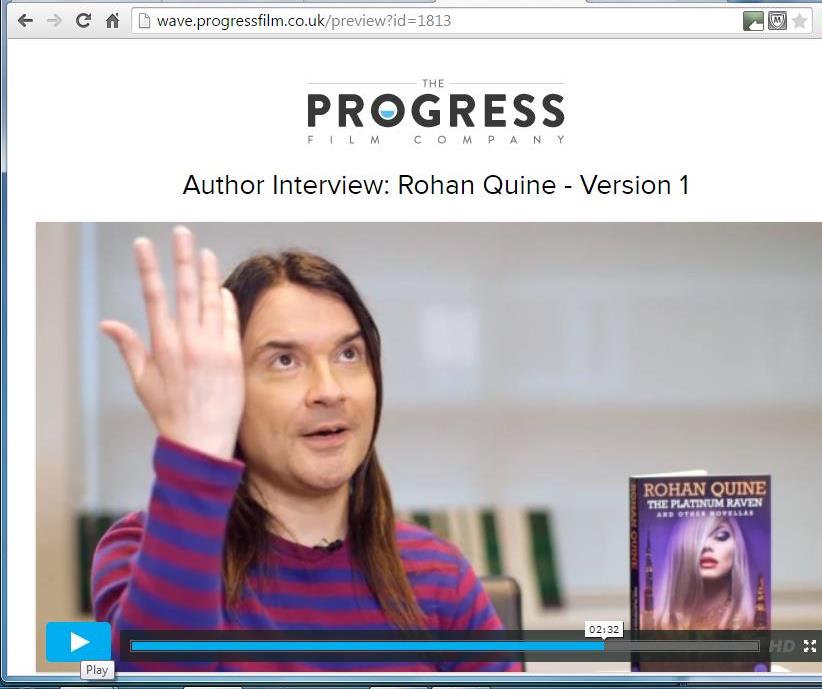 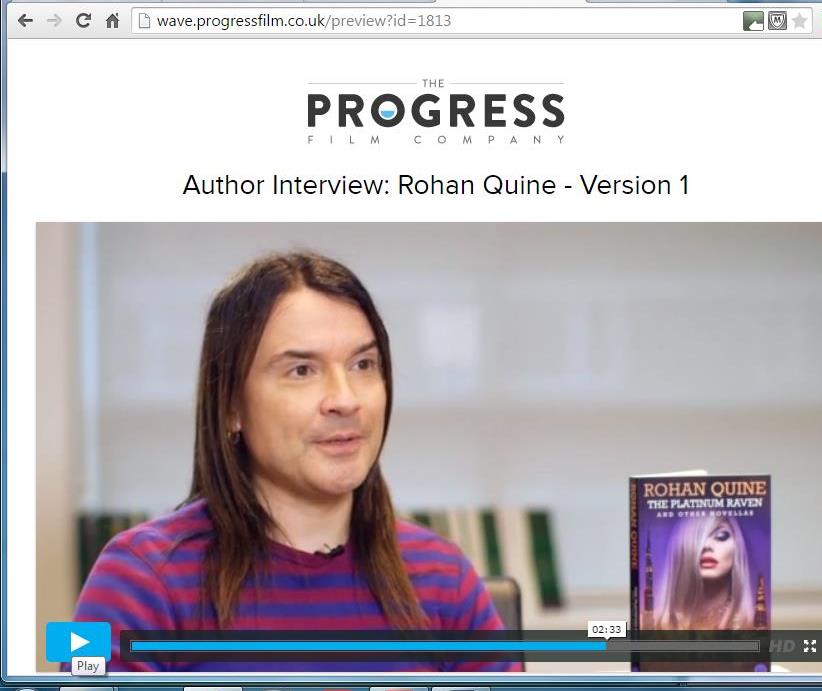