Many thanks to her, for her sharp and generous receptivity to my strange tale there. I like the perceptive fun of her comparisons, too—to Burroughs, Björk and sherbert dabs, among other enticing things.

Her review is also in the Reviews section of the current (June 2015) issue of Words with Jam magazine: http://www.wordswithjam.co.uk/p/june-2015-issue.html.

“Another difficult to classify book, but that’s precisely why it works so well. Part literary fiction, part fantasy, it is a surreal experience which makes the most of its equally offbeat location. With a cast of unforgettable characters and a central premise both intriguing and epic […].

[…] In Asbury Park, New Jersey, an abandoned holiday resort, preparations for the strangest and biggest show on earth continue. They encounter an eclectic bunch of characters; lovers, enemies, slaves and masters, all of whom provide Jaymi with a wealth of material. But information is power, and more than one person wants access.

The swooping eloquence of this book had me hypnotised. Quine leaps into pools of imagery, delighting in what words can do. The fact that the reader is lured into joining this kaleidoscopic, elemental ballet marks this out as something fresh and unusual. In addition to the language, two other elements make their mark. The seaside ghost town with echoes of the past and the absorbing, varied and rich cast of characters.

It’s a story with a concept, place and people you’ll find hard to leave.” 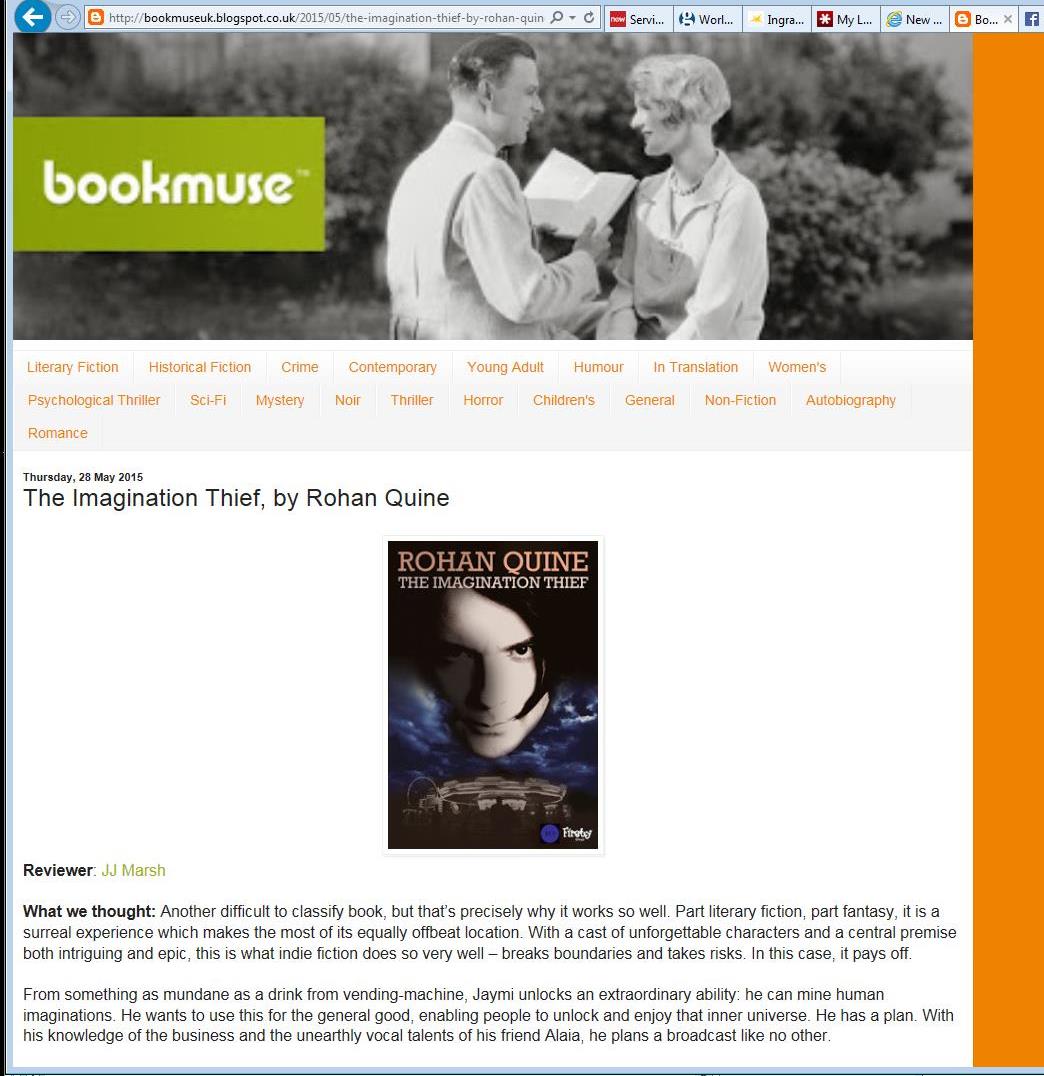 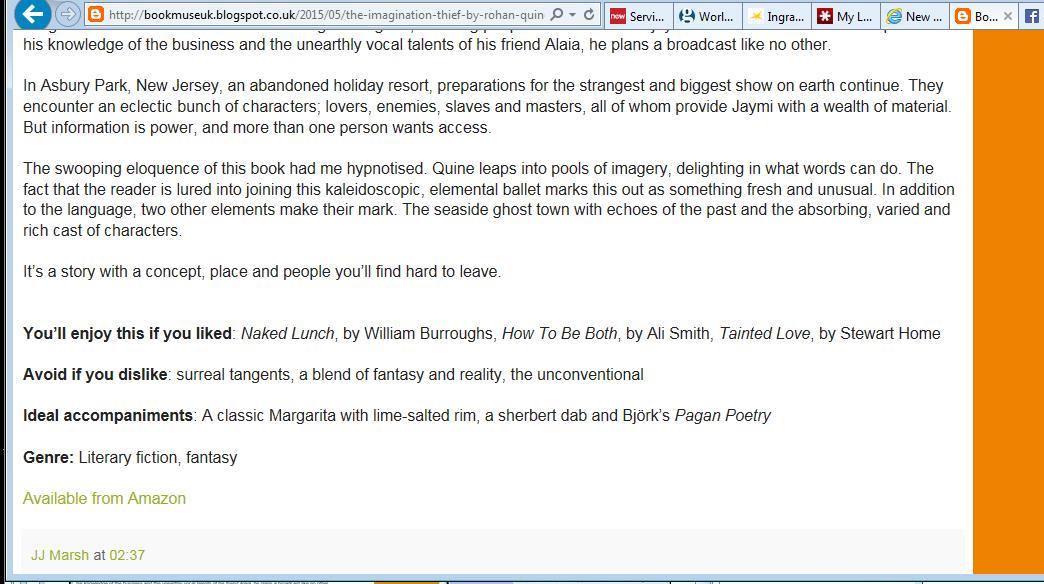